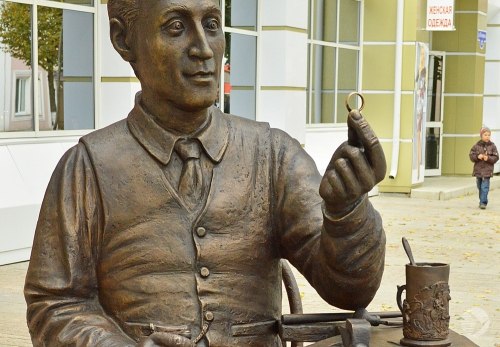 The idea to establish a jeweler monument belongs to a resident of Penza Maxim Lomonosov. He wanted to dedicate it to his grandfather Vladimir Lomonosov, former well-known jeweler in Penza. And a local sculptor Herman Feoktistov liked this idea, and first cast it in the form of bronze miniature. The sketch was approved. So, with an initiative of a street beautification acted management of architecture and urban planning. Besides, the administration of the city of Penza supported it. As a result, the monument cast life-size in bronze (cast in Smolensk), and on the expense of the funds donated by Maxim Lomonosov appeared. On the monument also worked another sculptor from Penza, Valery Kuznetsov. 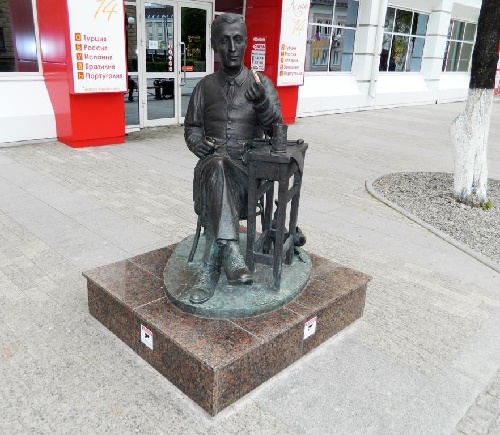 By the way, the sculpture appeared on September 12, 2013 just on celebration of the 350th anniversary of the city of Penza. The monument stands in front of former shop “Pearl”, and it decorates the pedestrian zone of Moscow street. But the monument depicts a collective image of a jeweler and not similar to its prototype. The jeweler is sitting on a chair in clothes of XIX century, and carefully looks at the ring in his hand. And on the table in front of him is a glass. Besides, next to the table is a figure of a cat. In addition, on a sheet of paper engraved handwritten letters, which read: “Devoted to Vladimir Evgenievich Lomonosov”.

The jeweler Monument immediately acquired its own legends. According to one of them, if to put a finger into the ring, be sure to meet your soul mate. And according to another legend, you have to look through the ring to the jeweler eyes to make a wish. Or rub his shoes and make a wish, which will surely come true. True or not – history is silent, but the ring and index finger of the sculpture polished to a shine from touches of passers-by. Of course, the monument is a favorite place to take pictures for memory. 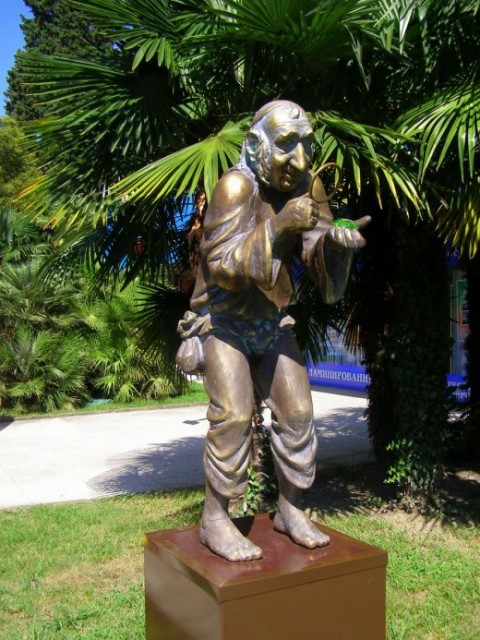 In addition to Penza jeweler, there are some other monuments to jewelers. And one of them is in Sochi. Despite a bronze view of the sculpture, it is made of concrete and covered with a bronze pollination. The author of the monument – Sochi sculptor Alexander Butayev. The manufacture of the sculpture took two weeks and sixty kilos of concrete.

The sculpture features a cunning jeweler who carefully considers the valuable stone as low nugget sample, and an ingratiating smile expects a good profit. There is a belief that if to see through a magnifying glass of the monument the large bill or valuable stone, then surely you will be rich.

And a similar sculpture exists in St. Petersburg, but Alexander Butayev slightly modified the sculpture of a jeweler. The creator of the monument saw Sochi an ideal place for a monument of this kind, because it is rich resort town, but St. Petersburg is not such place.

The view of monument to Gustav Faberge in Pärnu, Estonia

In January 2016, in honor of the 200th anniversary of Gustav Faberge in Pärnu appeared a monument to Gustav Faberge. He was the father of the famous jeweler Carl Faberge and was born in this Estonian city. In addition to the arranged ball and a concert with the participation of artists from a dozen countries, on Saturday 9 February, 2016, appeared the supplement to the monument. It was a stand with a bronze book, where in three languages ​​(Estonian, Russian and English) engraved the explanation – due to whom and by whom the monument was made.

The sculptural composition decorates the area in front of a concert house, in front of the local history and art museum. The author of the idea and a sponsor of the St. Petersburg jeweler – Alexander Tenzo, founder of the jewelry brand TENZO. The author of the monument – one of the most talented Russian sculptors of the younger generation Evgeny Burkov. He, in particular, is the author of the monument to radio inventor Popov in St. Petersburg. A major role in the implementation of ideas played a member of the Faberge Company. 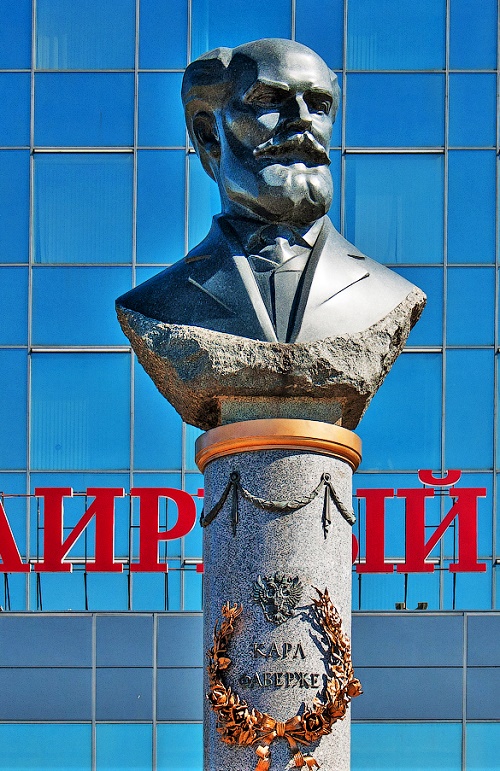 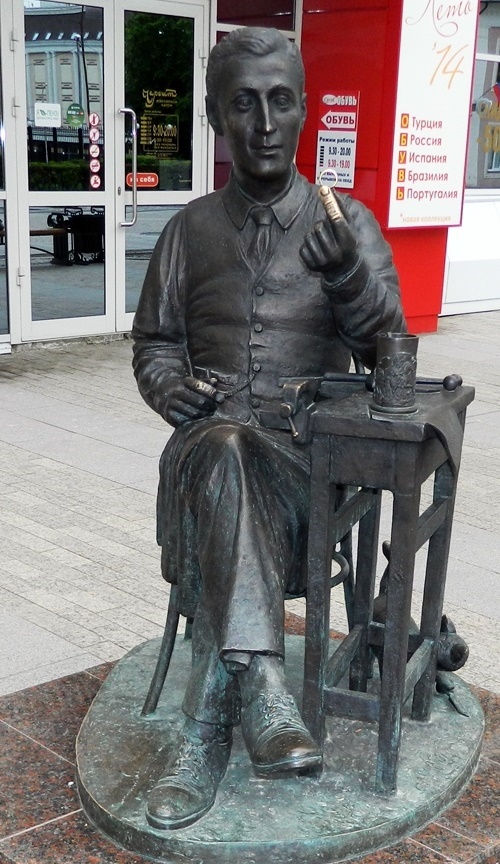 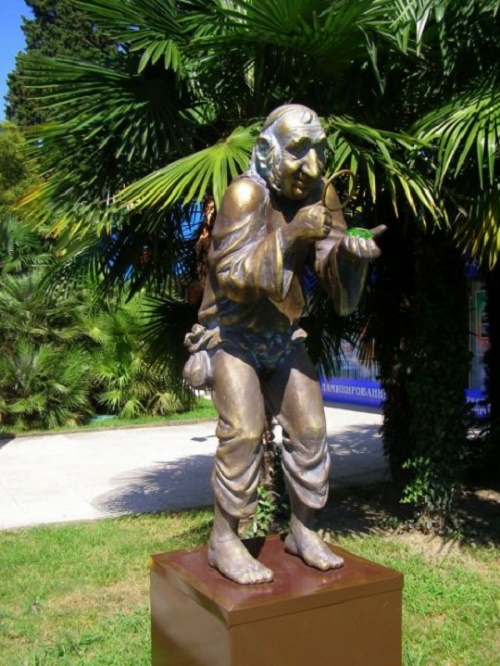 In honor of the 200th anniversary of Gustav Faberge, father of Carl Faberge, appeared a monument in Pärnu, Estonia

9 February, 2016, to supplement the monument was made a stand with a bronze book, where in three languages ​​(Estonian, Russian and English) engraved explanation about the appearance of the monument 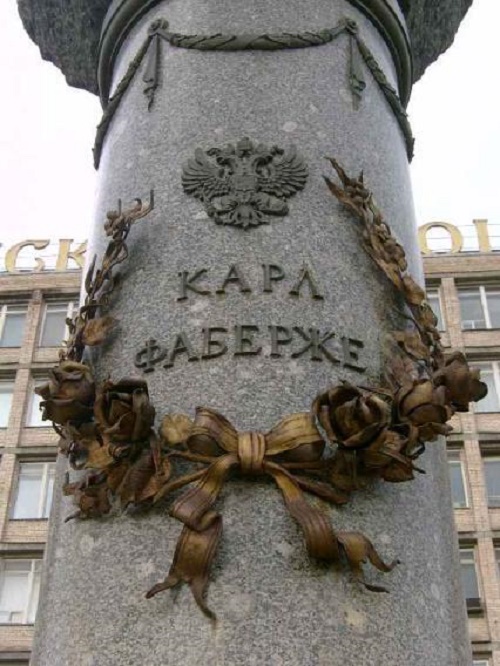 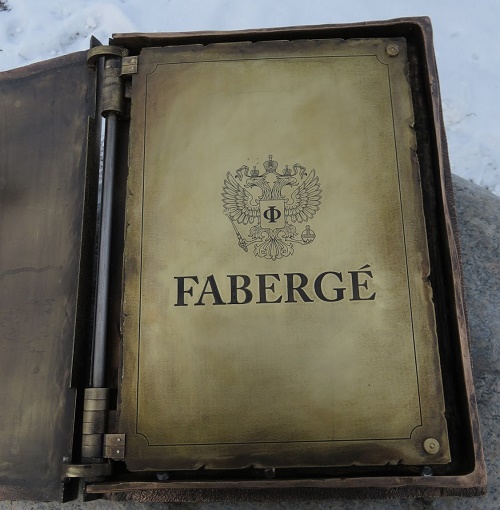 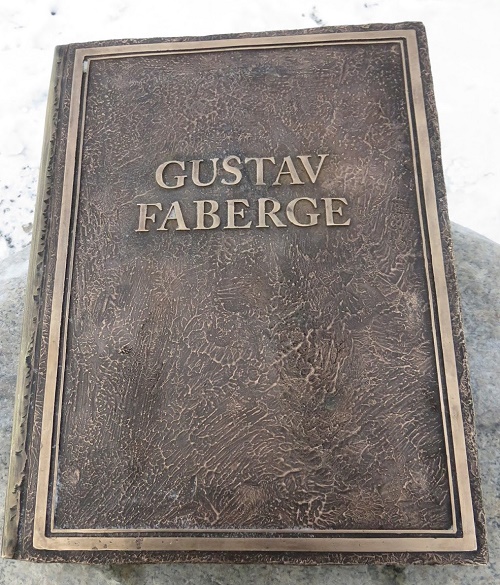