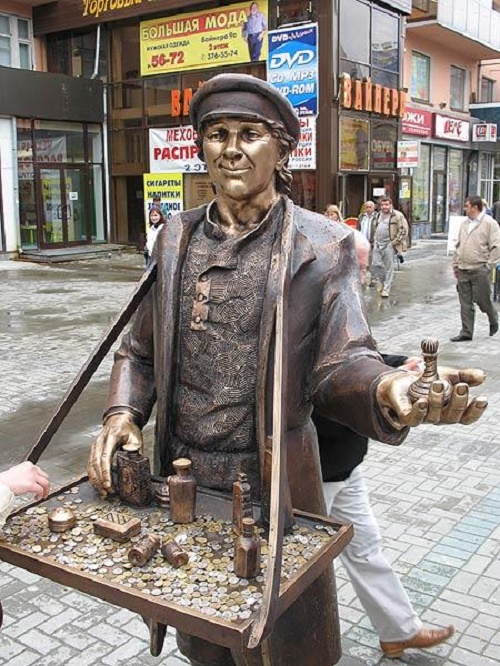 Wandering Peddler Korobeinik Monument
The Monument depicts a wandering from village to village petty trader with haberdashery and manufactured goods, books, popular prints. The name Korobeinik derives from the Russian word korob – the box (wallet from the bark), in which he carried his small haberdashery-manufactured goods to the villages. History of korobeiniks, or ofenya began in the XV century. At that time to Russia moved a significant amount of the Greeks. Most of them were engaged in trade. At the same time, for Russians, to make it clearer, they called themselves natives of Athens. Accordingly, Russian people called these Greek merchants by their self-designation “Athenians”, ie “ofinyas”, or “Ofen”. Meanwhile, the vast majority of them were literate, and were masters of the book trade. They could not just praise the goods well, but knew a lot about them and told in detail. 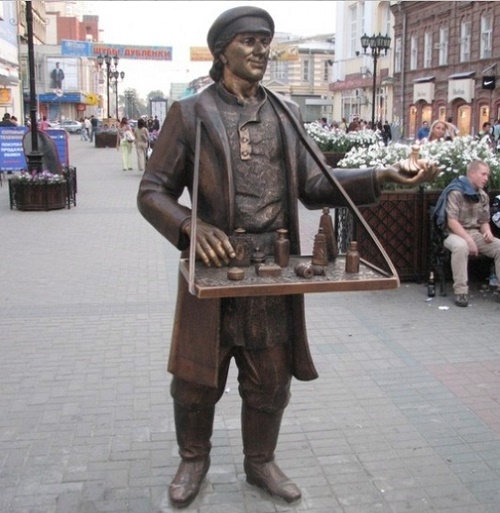 July 21, 2006 its own “Korobeinik” appeared in Yekaterinburg. The two-meter Merchant stands out among the passers-by with its height, in a frock coat, with a tray on which – bottles of perfume, powder and reels of thread. The figure made of bronze, with elements of Kasli casting technique, is quite a fine work. The sculpture weighs 700 kg. Also, appeared a ritual – rubbing a bottle of perfume, to make a wish. 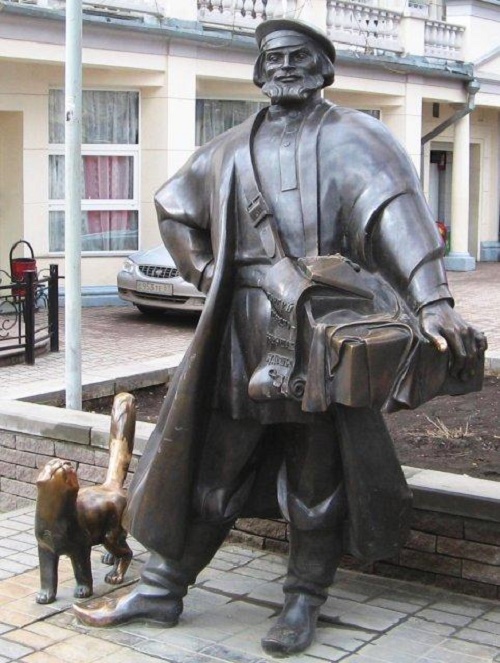 Monument to merchant peddler “Korobeinik” in the city of Rostov-on-Don, opened in 2006 in the main street (Bolshaya Sadovaya), near the entrance to Gorky Park. The author of the monument – sculptor Dmitry Lyndin. Next to the merchant is a cat.

The townspeople call the monument “Korobeinik with a cat”, or simply “Korobeinik”. And, of course, all love the cute cat. There is a belief – if you rub the palm of his clothes, your desire will come true, and will have money in your pockets. It is also customary to put coins into a piggy bank of Korobeinik (shoulder-bag box), pat a cat, and then, holding his bulging left thumb – make a wish. 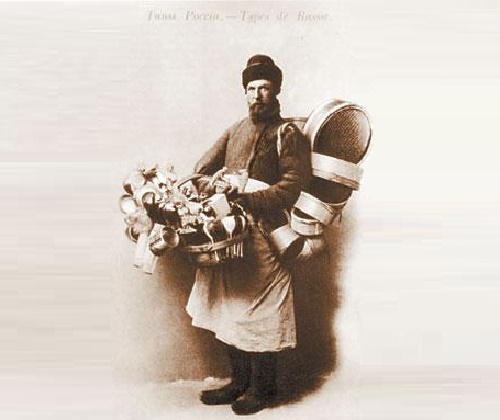 Ofenya knew the lives of the saints depicted on icons, as well as content of books they sold. Even illiterate sellers learned from competent comrades to remember the names and content of the books. Ofenya story-tellers gathered around themselves a lot of people, not forgetting to offer a particular product. Telling the content of the book in colorful detail, such Ofenya could sell quite expensive by local standards book even to illiterate peasants (especially if the book had beautiful illustrations). Thus, Ofenya was the main distributor of traditional culture, and played a major role in the development of literacy in Russia.

Subject of peddler trade was mainly dry goods and various small items needed in peasant life. However, to the success of Korobeinik trade contributed a large distance of shops from settlements. And in addition, a willingness to accept payment in both – money and miscellaneous items.

Meanwhile, at the turn of XX-XXI centuries, the term revived in Russia as the ironic name for traders carrying big heavy bags with goods from abroad (mostly from China) – the so-called “chelnoki”. 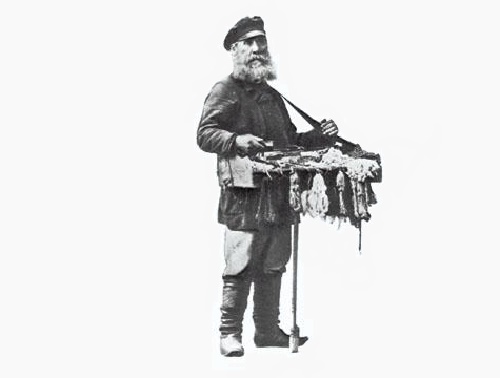 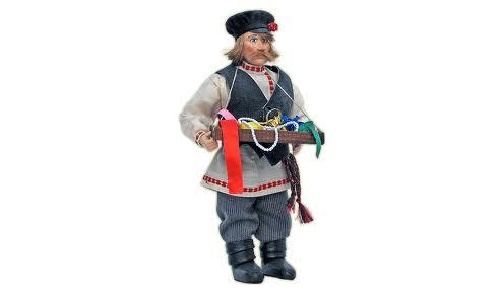 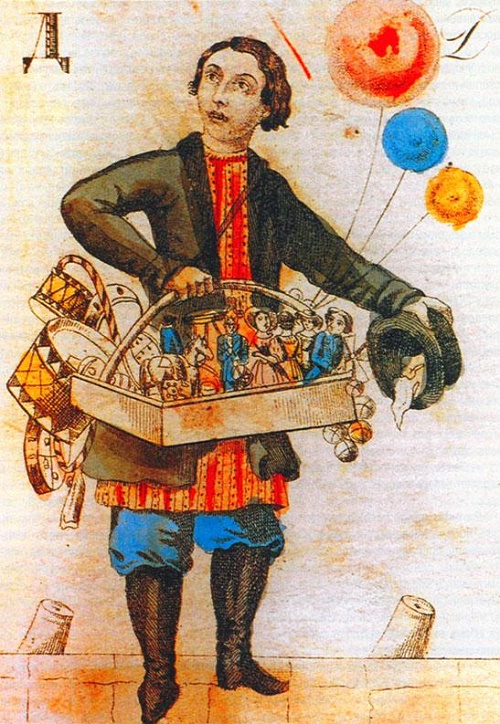 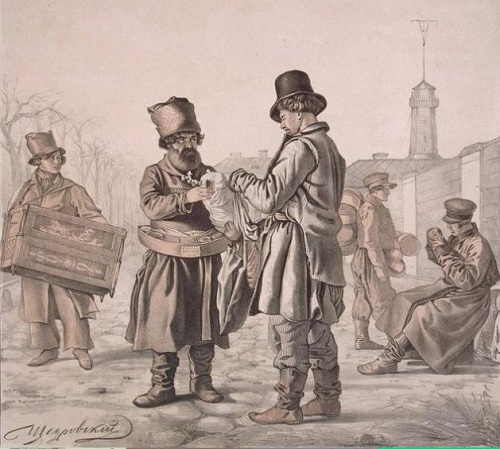 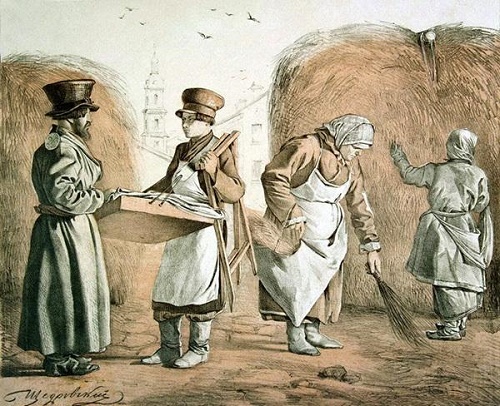 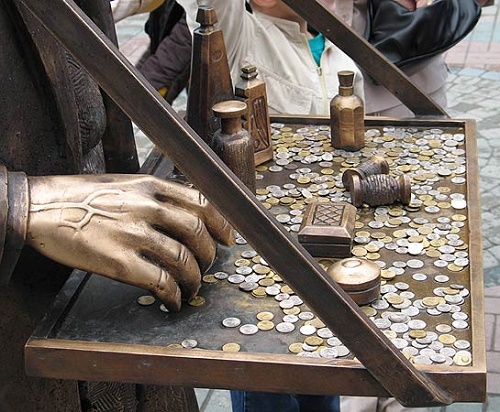 Detail of Korobeinik Monument in Yekaterinburg 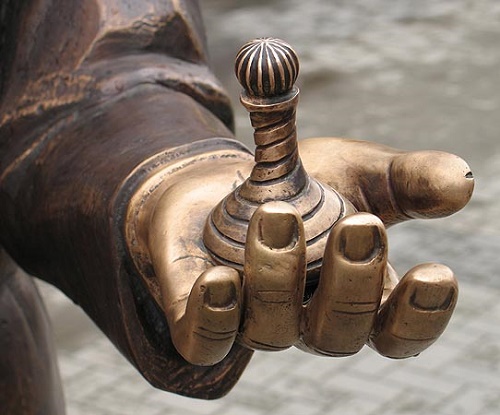 Fragment of ‘Korobeinik’ monument in Yekaterinburg 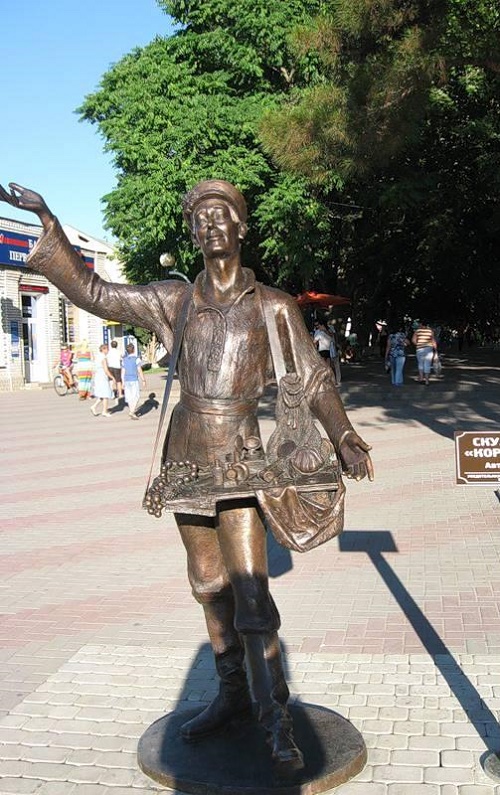 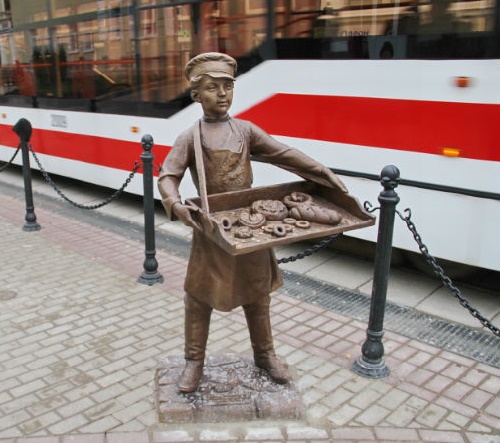