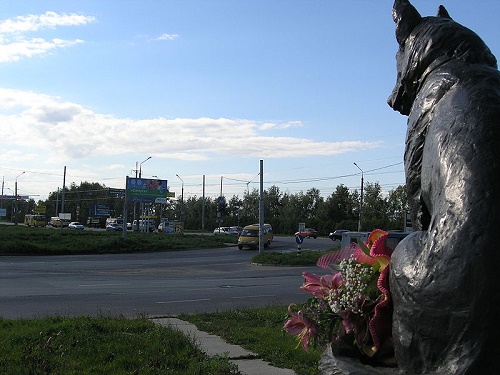 In Tolyatti is an amazing monument of German Shepherd, not forgetting his owners after their death. Faithful Dog Monument appeared in 2003. Its sculptor – Oleg Klyuyev. The story behind monument is as follows: for seven years the German Shepherd, named by the locals Verny (Faithful), lived on the sidelines of the South highway, where his owners died in a car accident. The dog was in the car too, but miraculously survived. Since the tragedy the dog, apparently hoping to return home, in any weather all year round was waiting for them on the road. The locals called the dog “Faithful”, and the most compassionate citizens even tried to take him home, but every time he returned to his post. Several times people built a booth right beside the road, but he ignored convenience. The only thing he did not refuse to take from the people – food, that many of driving along the Southern Highway left for him. Probably, there was no man in the city, who would once have not stopped by the dog and gave him a piece of goodies. 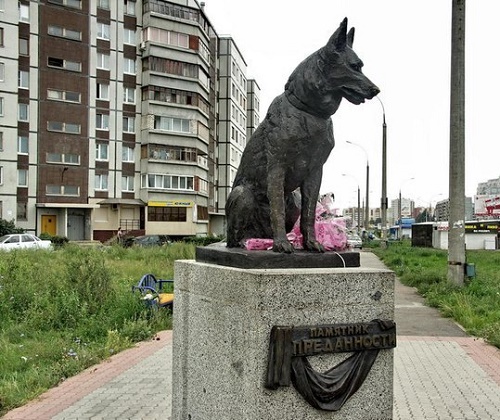 An amazing monument to German Shepherd, waiting for his owners after their death. bronze. sculptor Oleg Klyuyev. Tolyatti, Russia

So, the dog lived for seven years, remaining faithful to himself and his masters. After the death of the legendary Shepherd citizens decided to immortalize him. At first, at they put a shield with the inscription: “To the Dog, who has taught us love and devotion.” The shield was constantly blown away by the wind. Then Tolyatti community took the initiative to put the real bronze monument to Faithful. 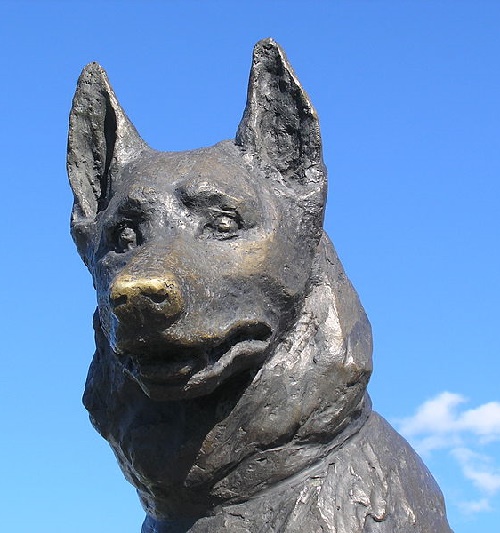 Two years after the death of the dog was established a monument with the inscription “Monument of dedication”. The monument is at the intersection of the Southern Highway and Lev Yashin street. The bronze sculpture by Ulyanovsk sculptor Oleg Klyuyev is 1.5 meters tall on a granite pedestal. The sculpture was made so that it seemed to drivers that he is turning his head for each passing car, hoping to see his dead master once more. 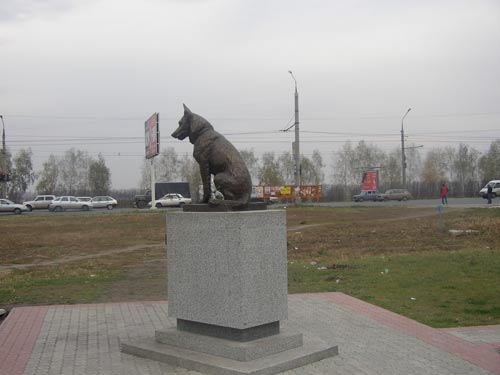 Faithful Dog Monument in Togliatti is not the only in Russia, established to a dog. In the village of Bobino of Kirov region on a pedestal of granite stands a kennel from which peeps Laika. In 1908, by the cost of his life the dog had saved a forester from wolves. In his memory, the owner built a homemade pedestal and set on it a wooden kennel. A few years ago, students of the local school decided to put a granite monument to Bobik, the dog.

There is also the monument of Good Dog, which is located in St. Petersburg. Monuments to dogs were also put in several countries. One of them was erected at the insistence of the great Russian physiologist Pavlov in 1935 and named “Monument to an unknown dog.” The scientist did thousands of experiments on dogs and thus the dog made a great contribution to the science of higher nervous activity. 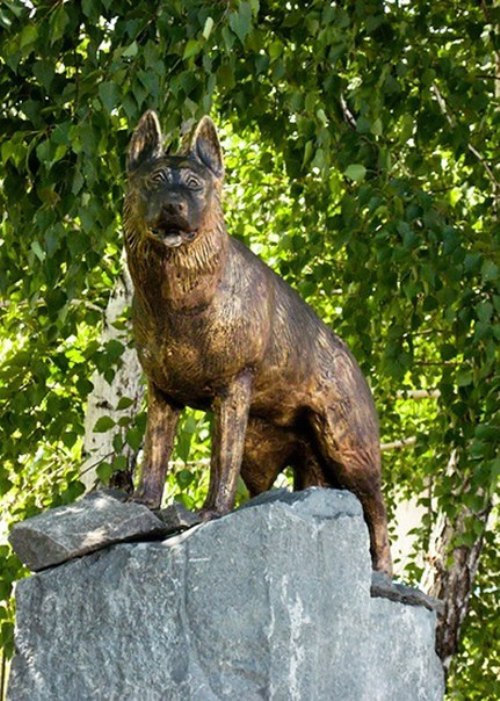 Monument to dogs killed in the line of duty. Novosibirsk

The prototype of the monument became the legendary Shepherd Jack, who along with his master made five trips to Chechnya. Shepherd was indispensable aid in the search for weapons, ammunition and explosives. Like many service dogs, Jack, at the cost of his life, had saved his master.