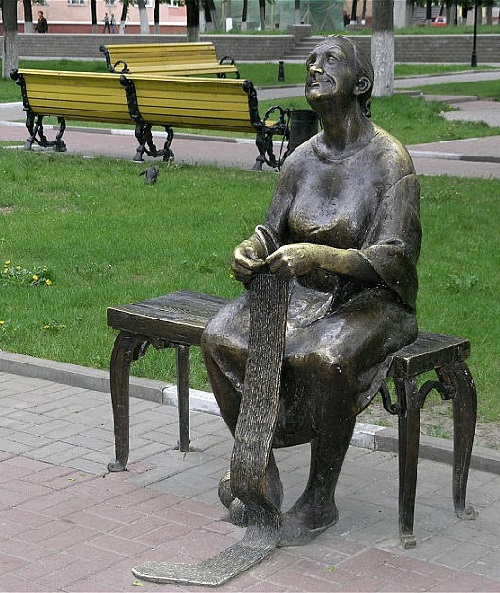 In August 2005, on the day of Belgorod, citizens and guests of the city had been made a gift in the form of new monuments. One of them – Knitting grandmother monument appeared in the city center in a park near the Drama Theatre. The sculpture is made of bronze and weighs about 300 kilograms. It was installed among the fountains and benches, ‘grandmother’ is knitting a stocking and thinking about something else. The new sculpture belongs to the category of so-called folk monuments. The authors of the sculpture – young artists from Kharkov Taras Kostenko and Dmitry Ivanchenko. They named their bronze creation “Memoirs.” After the monument had been officially opened, it became a place of pilgrimage. Almost everyone couldn’t help sitting on the bench next to Grandma, photographing, or just telling “her” personal problems. The bronze grandmother has become the hit of the city. 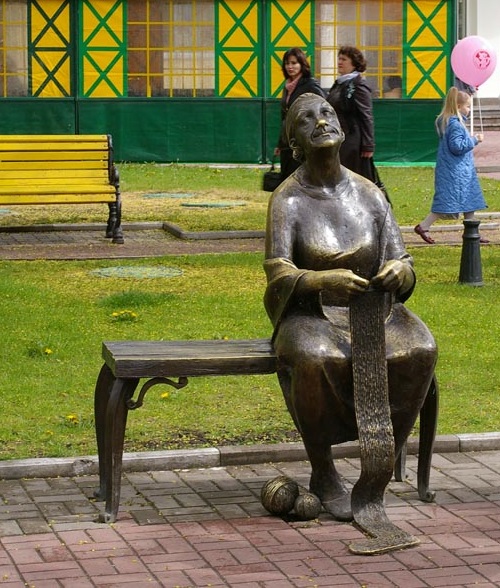 The official name of creation – “Memoirs.” According to the architects, their work symbolizes the transience of time. This sculpture was the first creation for the young graduate of the Kharkov Academy of Design and Arts. “Granny” was cast in bronze in Kharkov, and for the manufacture of the monument they were given only two months. 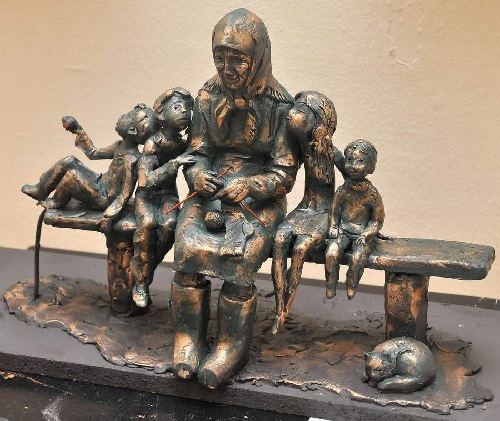 The project of the monument to grandmother by Moscow sculptor Alexander Doronin. Next to her – four grandchildren and a cat, Izhevsk, 2012

This grandmother sitting on the bench with her grandchildren, was installed in Izhevsk in 2012 specifically for the Day of grandmothers. In the announced competition competed nine works, the winner became Moscow sculptor Alexander Doronin. He took into account the wishes of the organizers of the contest and added to his work features of Udmurt national costume. In particular, on the chest of grandmother appeared necklace, a forehead was covered with a special bandage (yyrkerttet) to identify the components of the Udmurt ornament. 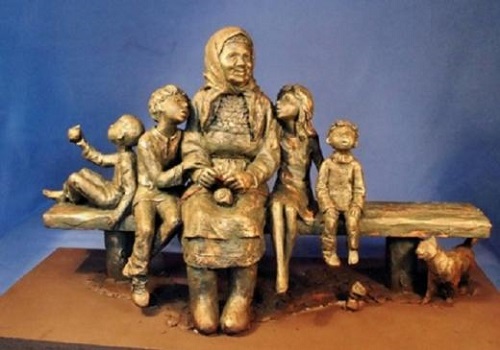 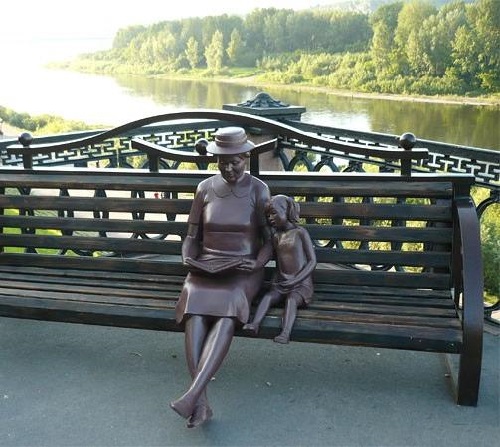 Kemerovo, Russia. Monument to grandmother with her granddaughter 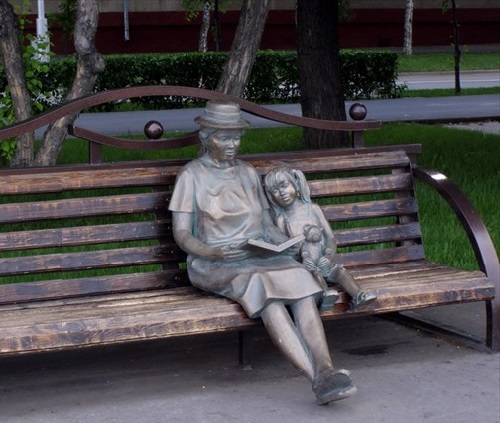 Ust-Ilimsk, Russia. Monument to grandmother with her granddaughter 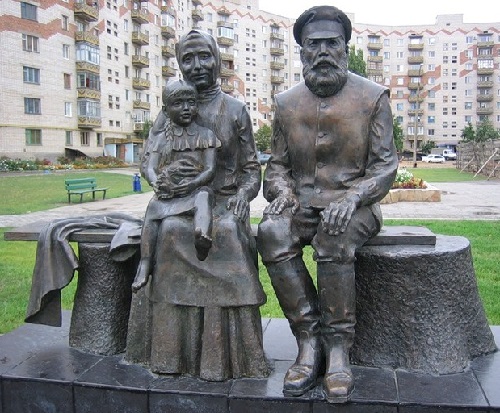 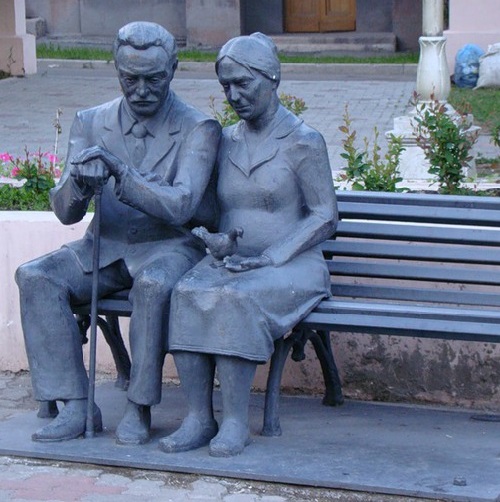 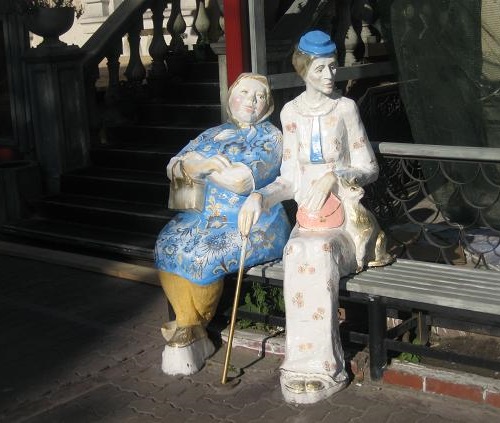 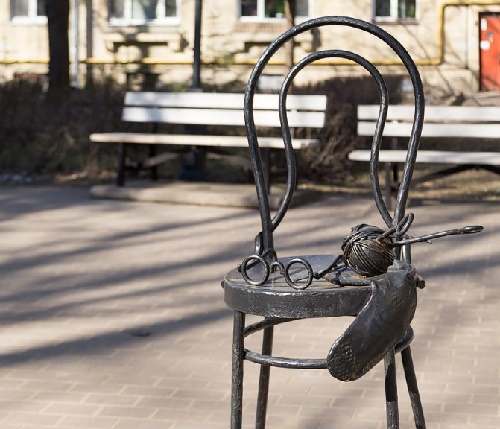