In the north-east of Moscow, in Sviblovo, at the intersection of Yeniseiskaya Street and Novy Beringov Proezd, there is an amazing public garden. In 2007, sculptor Andrei Aseryants, a real magician who creates funny, non-repeating sculptures from scrap metal that adorns different districts of Moscow, created the sculptural ensemble “Signs of the Zodiac”. Later this square became known as the “Signs of the Zodiac” square. Andrey Aseryants finds material for his creations in landfills, for “signs of the zodiac” at a landfill in Rostokino. Thus, Andrey Aseryants shows how you can dispose of garbage in an original way. The sculptures are placed in a circle with a telescope in the center. 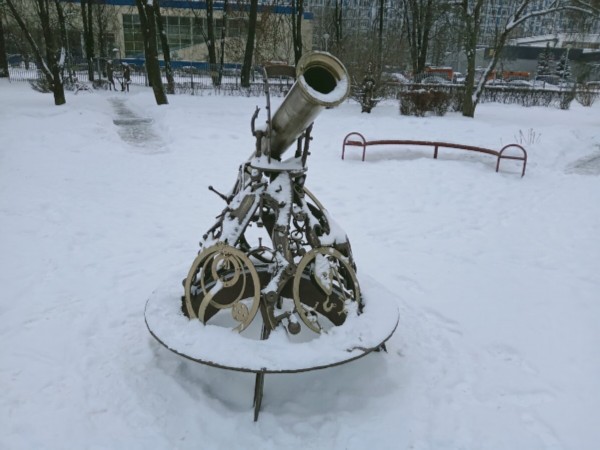 Each sign of the zodiac has its own path. Each sculpture is ironic and reflects the character of each zodiac sign in its own way. For example, a Capricorn biker proudly poses in front of his motorcycle.

Virgo is a mischievous girl with 2 pigtails, in a dress, with a balloon-flashlight in her hand (the balloon was lost). 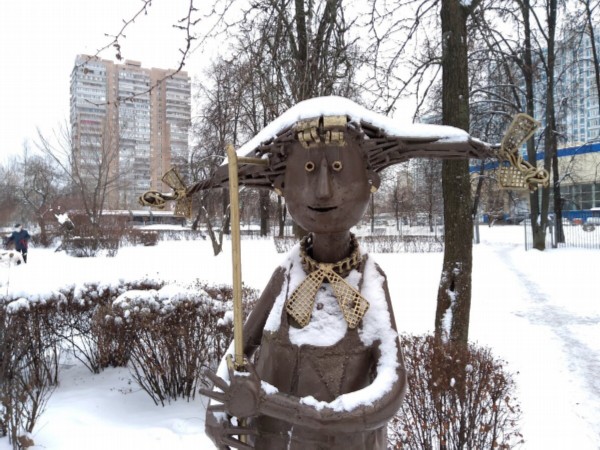 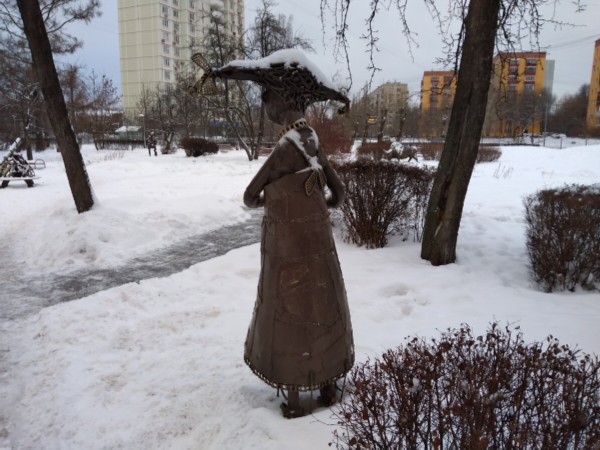 Sagittarius is a bully boy who takes aim with a slingshot at a street lamp.

The question of consecration was solved in an interesting way. A lantern was included in each composition, but the sculpture of the archer turned out to be prophetic and the lanterns are periodically smashed by vandals.

Libra an astrologer with weights in his hands, on one bowl a weight, on the other a feather. 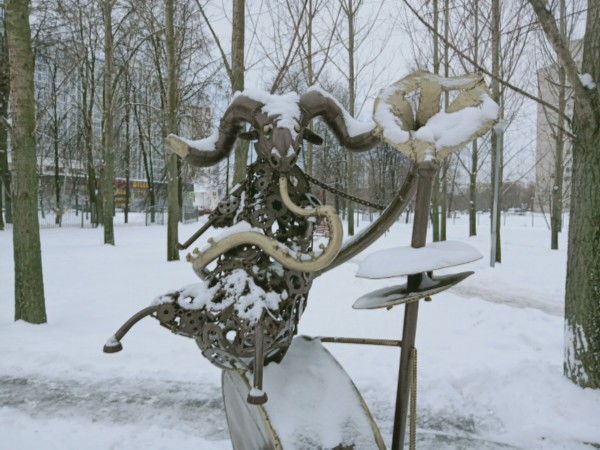 Aries is a musician riding a drum and playing some kind of wind instrument.

Taurus bull from the bullfight, prepare for a new fight. 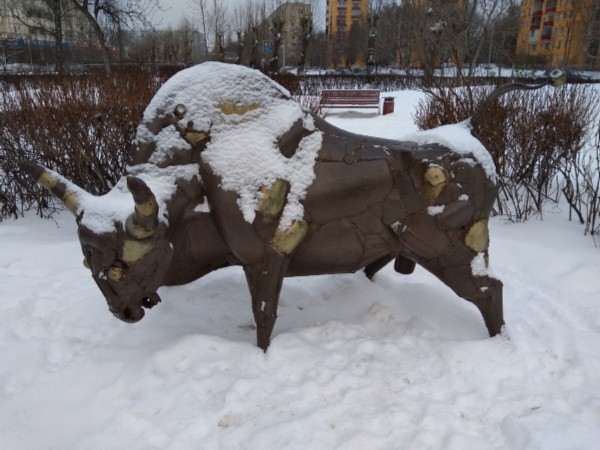 The lion, like a king of beasts with a crown on his head, jumps over a fiery hoop. 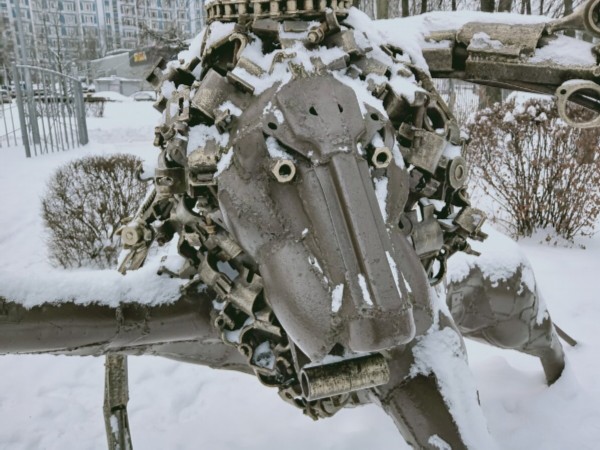 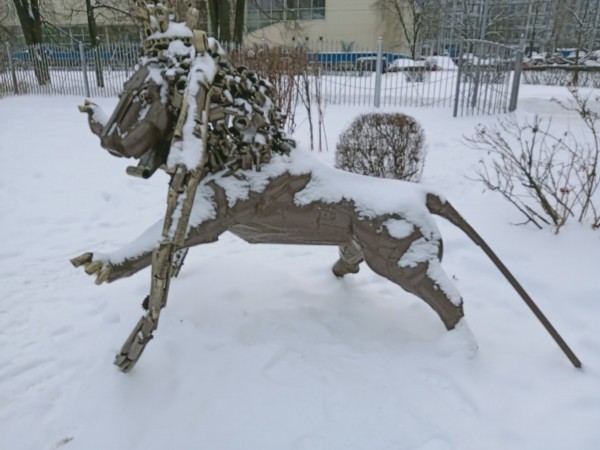 The Scorpion has a lantern on its tail instead of a sting. 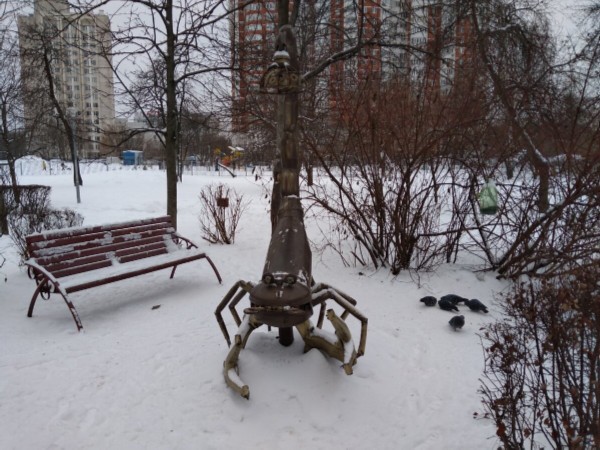 Aquarius, like a fairy with wings, flies over the earth and pours water from his jug.

The twins are rowers, sailing together in a boat. 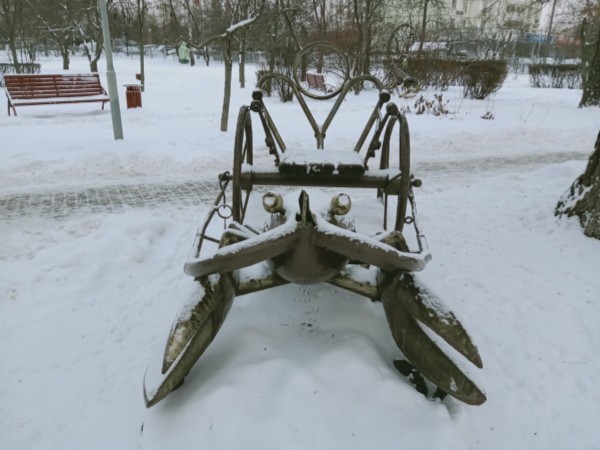 Cancer is harnessed to a stroller, in which you can sit down and take a picture.

The fish are sitting in the bar talking, holding mugs in their hands, they have just eaten a fish and only a skeleton is left of it. 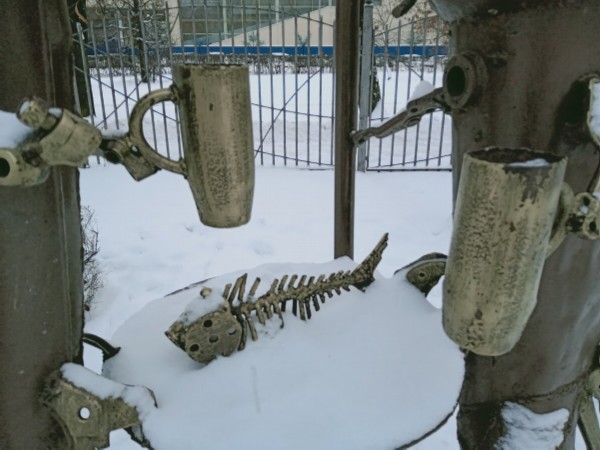 Square “Signs of the Zodiac” an exhibition of sculptures in the open air. In the warm season, the park turns into a real oasis, flower beds, paths, benches and funny sculptures by Andrey Aseryants, which always cheer you up. You can come here and take a picture with your zodiac sign, or maybe make a wish. The positive charge is guaranteed to you!