In the south of Moscow there is a unique area – the Nagatinsky Zaton.

It is located in the bend of the Moskva River, which gives the impression that the area is located on a peninsula. Previously, on its territory there were ancient villages near Moscow: Kolomenskoye, Nagatino, Novinki and Sadovniki, and on the right bank of the Moskva River there was the famous village of Dyakovo (now the southern part of the Kolomenskoye nature reserve). 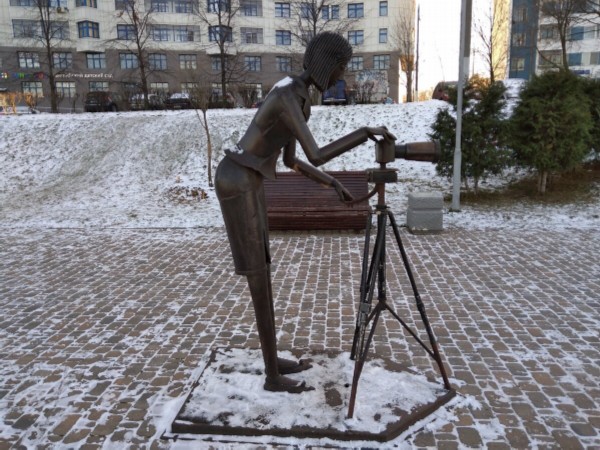 During the reign of Peter the Great, pickled cucumbers and cabbage were supplied from the village to the tsar’s table in St. Petersburg, for which the inhabitants of the village of Dyakovo were jokingly called “stump cabbage”. The origin of the name of the village of Nagatino has 2 versions. According to one of them – “nagatino” – this is a place in a swampy area, ie. “on the gati”. According to the second version – according to the old monetary unit – “nogaty”. Nowadays, the names of streets and embankments remind of ancient villages. 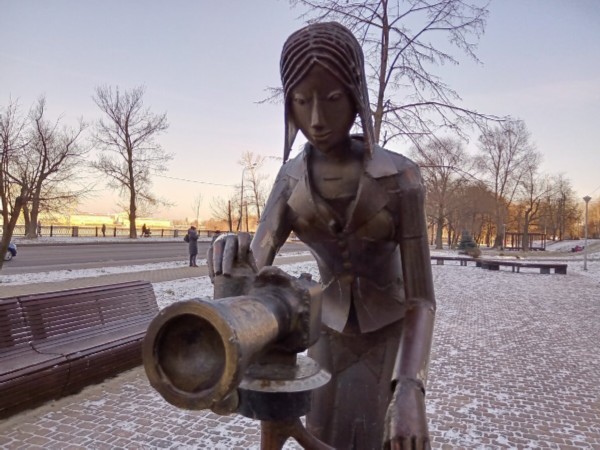 You can take leisurely walks along the Nagatinskaya embankment, and ride a bicycle and rollerblades in the summer.

Between houses No. 54 and 56 along Nagatinskaya embankment there is a square with unusual sculptures:

a girl with a telephone, a girl-photographer, a lady with a dog.

These are works – a sculpture by Andrey Aseryants, a master of kinetic sculpture in the steampunk style.

Andrey Aseryants creates his funny and eccentric characters, which pleases Muscovites and guests of our city. In his works, the sculptor uses metal sheets, wire, bolts and nuts and other scrap metal. His works look impressive and funny at the same time.

The author calls three sculptures in the park on the embankment “my girls”. The sculpture “Photographer” has a real tripod, its master and his assistant were found in a landfill. With a heartbreaking cry and scream, they pulled the tripod out of the pile of rubbish and ran to make a “photographer”.

Opposite the photographer is a sculpture of a “Chekhovian” lady with a dog, which has been transported to our time.

The girl with the phone is leaning on the bike and talking about something. There is a lock on the handlebars of an iron bicycle, apparently the newlyweds have amused them for good luck (not far from this place is the registry office). The sculptor Andrey Aseryants believes that you can create anything with his sculptors. He began to make them stronger. As he says, “Everything has to be extremely ‘fool-proof’.” 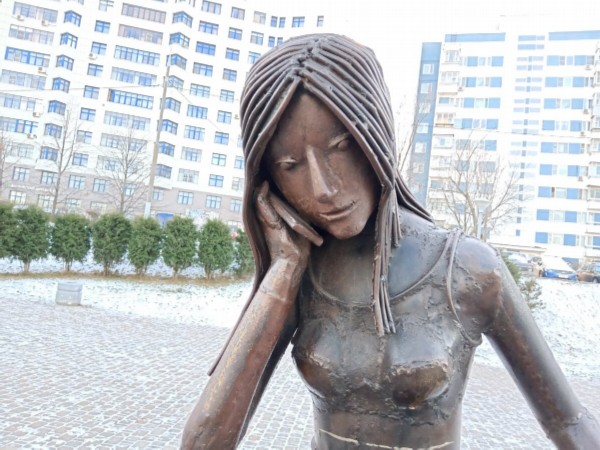 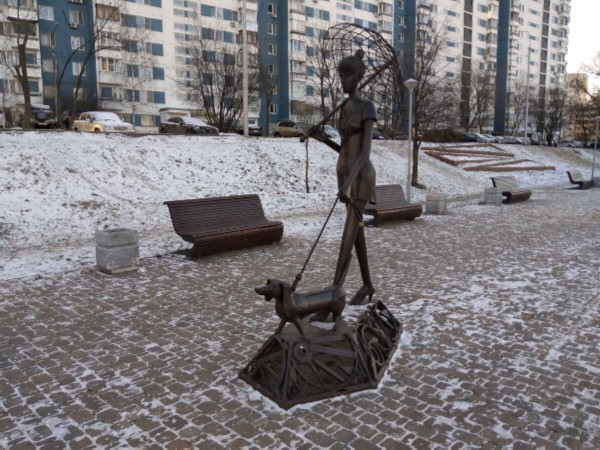 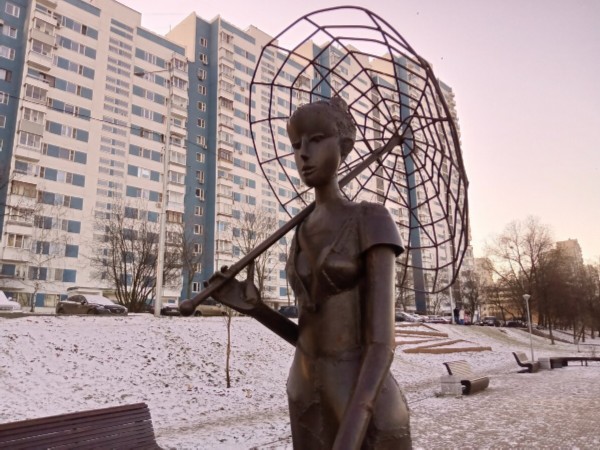