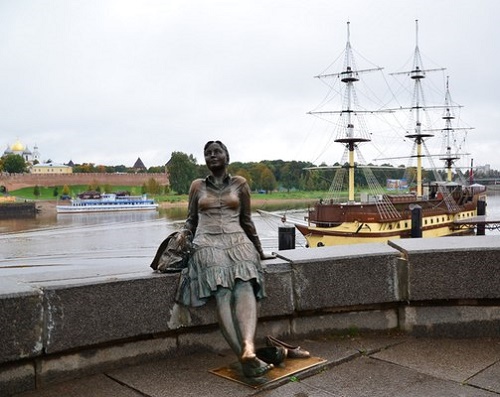 Veliky Novgorod is full of unusual monuments. Made of metal, a tourist girl sat down on the parapet of the main footbridge in Novgorod. And many people just can’t pass by without taking a picture next to her. Neither could Prime Minister of Russia Dmitry Medvedev, who once was noticed taking pictures with the sculpture. Besides, feeling sympathy for this tired girl, some tourists and passers-by don’t miss the opportunity to put a coin into her shoes. Just for good luck. Originally, the sculptor Vadim Borovykh wanted to make a tourist, taking pictures of herself with a mobile phone on the background of Kremlin, but the idea was later rejected. So, the final monument, perhaps, turned out to be much more romantic. 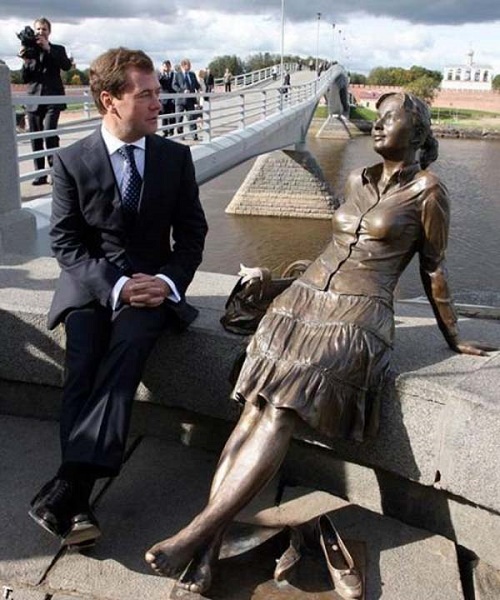 Nikolay Sumarokov, a publisher who ordered this monument to the sculptor, said that the idea of ​​the monument came to him after returning from the world trips, when Sumarokov felt sad to see almost unchanged hometown. So, Nikolay Sumarokov decided to renew the face of Novgorod, giving it a monument. 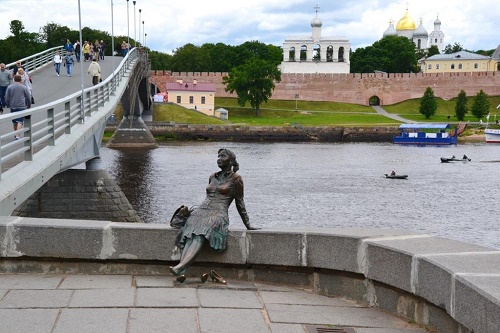 If you visit Veliky Novgorod, sooner or later, you will come across this monument – since it is a very crowded place – opposite the Kremlin bank of the Volkhov bridge just outside the Kremlin. By the way, for the last decade, here have appeared a lot of bronze sculptures, though the tourist girl is still most popular. Probably, because some special sincerity. The Girl is quietly sitting on the embankment, shoes off, which obviously rubbed her feet after a long walk. Therefore, she is called a tired tourist. Its author – a member of the Novgorod Branch of the Russian Artists’ Union Vadim Borovykh. 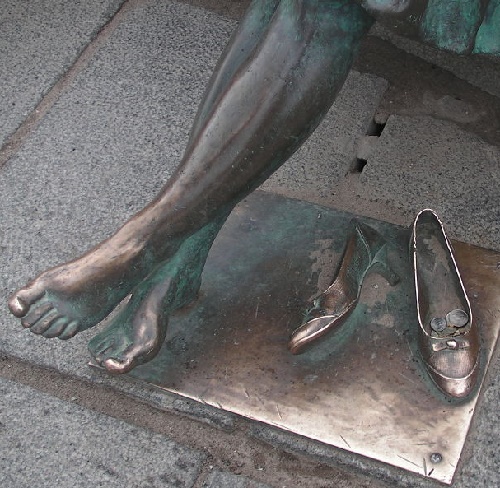 Monument to a tired tourist girl