A unique monument to M.Yu. Lermontov in the park. V. Talalikhina in Podolsk

Podolsk is one of the largest cities in the Moscow region, located on the Pakhra River, a tributary of the Moskva River. Podolsk is the center of atomic research and nuclear engineering, the cultural center of the Moscow region. On September 12, 2016, a monument to Mikhail Yuryevich Lermontov was unveiled in the Viktor Talalikhin city park of culture and recreation. The chief architect of the project is Konstantin Arabchikov, the sculptor is Ivan Korzhev. For the Moscow sculptor Ivan Korzhev and the Art Bureau XXI company, this is not just another sculpture to order, but an act of donating a monumental author’s sculpture to the city of Podolsk. 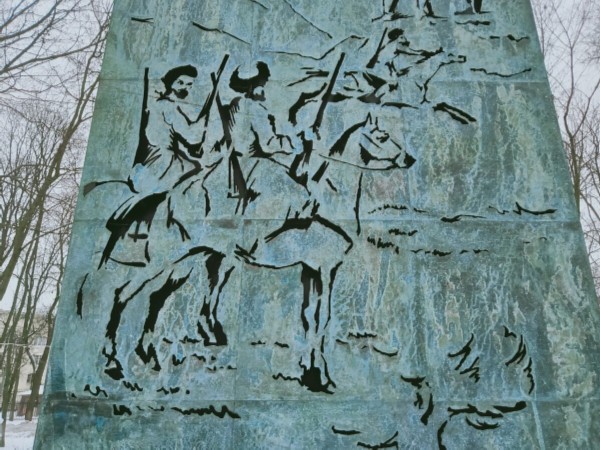 The opening of the monument was timed to coincide with the Year of Literature in Russia.

The work on the monument took more than 8 months. Monument to M.Yu. Lermontov reflects the Caucasian period of the poet’s life and is a stele with the figure of Lermontov, who sits in a burke, draped over his shoulders, holding a book in his hand.

The sculptor’s weight is about 500 kg and is about 2 meters high. Stella is about 5 meters high and about 2 meters wide. The sculpture was cast by leading foundry workers in the central region of Russia. The pedestal of the monument, which recreates coarse rock, was created from the Shokshinsky quartzite deposit. 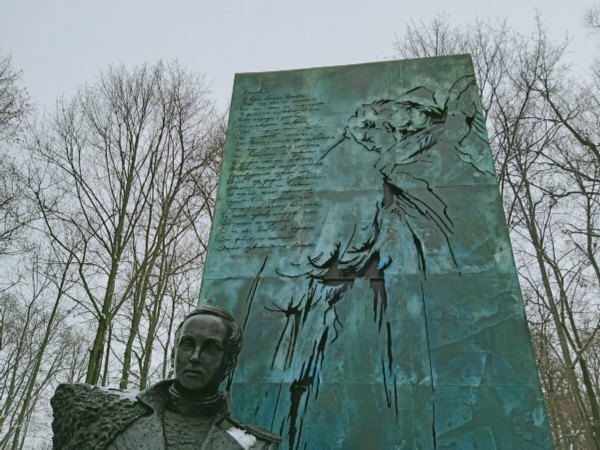 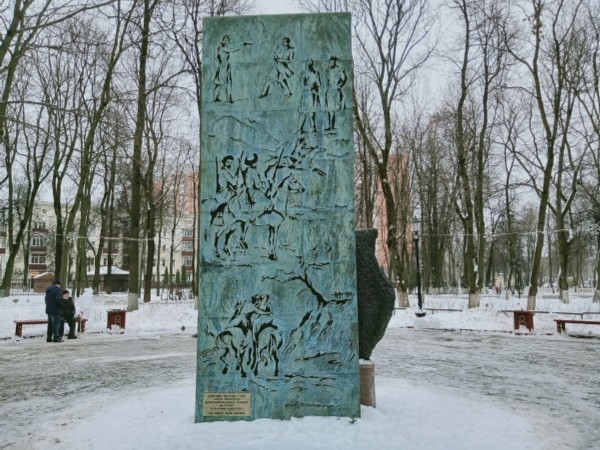 The bronze sculpture of the poet is patinated in brown, and the emerald-colored brass stele on a stainless frame gives an unusual and beautiful color to the landscape. The brass stele of the monument is made using the technique of artistic perforation with internal illumination.

At dusk, the artistic images of the poet himself come to life in the streams of light emanating from the inside of the stele. Here are the lines of the poem “Confession”, the grieving giant – either an angel or a demon, scenes of battles, duels, love scenes.

At the opening ceremony of the monument, the head of the city Nikolai Pestov said: “The name of M.Yu. Lermontov is dear to everyone. Podolsk land is pleased to receive such a gift … this is all done for the new generation … interest in the history of our own country, interest in studying literature. ” 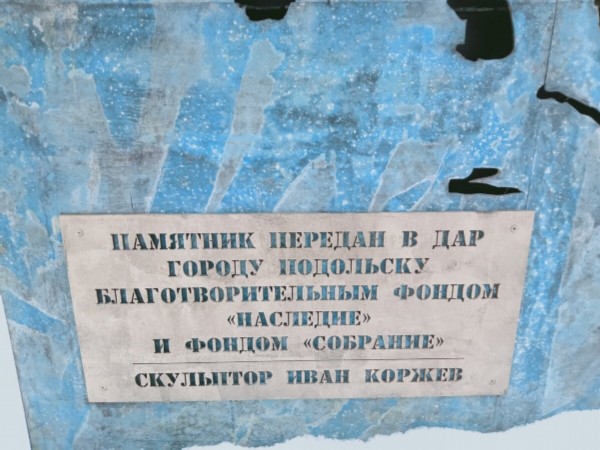