Fabulous Frog Princess monuments reveal
Not far from Kaliningrad, in Svetlogorsk, directly in front of the railway station appeared the “Frog Princess”. Sculptor Oleg Melekhov approached the matter unconventionally, depicting her in the stage of turning from a frog into a girl. It is possible that at first she was a frog. But having caught the arrow, began to gradually turn into a woman, just such is an image of the Svetlogorsk Princess Frog. In this case, judging by the appearance of the girl, she has a clearly Extraterrestrial origin.
The residents of Svetlogorsk, however, fell in love with the monument. According to local belief, if you put your finger first to your lips, and then to the frog princess and make a wish, it will come true. 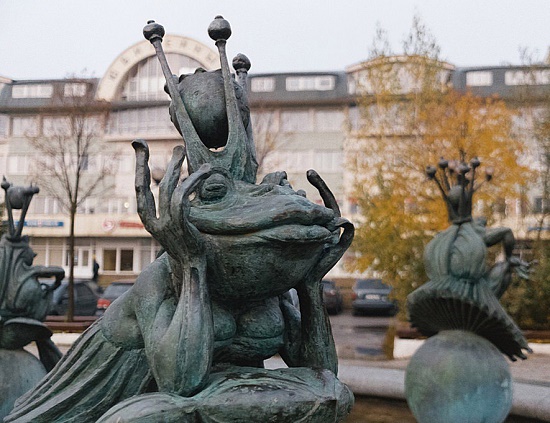 In a certain kingdom, in a certain state, there lived a king, and he had three sons. Younger was Ivan Tsarevich. The king once called the sons and said to them:
– My dear children, you are now all at an age, it’s time for you and think about brides! And you take the arrow, pull your tight bows and shoot arrows to different directions. Where the arrow falls – there will be your bride.
The brothers went out to the wide paternal yard, and pulled their tight bows. The elder brother shot an arrow, it fell onto the boyar court, and the boyar daughter picked it.
The middle brother shot an arrow to a rich merchant yard, where the merchant’s daughter took it.
However, when Ivan Tsarevich shot the arrow, it flew straight into the swampy marsh, just to the frog’s legs.
Who did not read this fairy-tale in his childhood? Probably everyone remembers, how the unpredictable frog turned into the beautiful Vasilisa the Wise. Both beautiful and clever, she cooks and sews well. In addition, she dances perfectly, even the Tsar-father did not resist and started dancing with her! Of course, such a character is worthy to be immortalized in the monument.

Residents near Moscow suburb of Dmitrov assure that it was in their city that this heroine of the Russian fairy-tale was born. Founder of Dmitrov, Yuri Dolgoruky in 1154 erected a fortress not on a hill, as was customary in those days, but in the marshes. Thus, he believed that impassable swamps are better than all fortress walls. It is to this design of the prince that Dmitrov owes his nickname – “frog kingdom”. In 2003, the fountain “Expectation” appeared in the city, in the composition of which there were four Frog Princesses (sculptor Alexander Rukavishnikov).

A bronze frog with a crown on the head and an arrow in the mouth sits on a water lily leaf on Obolonskaya embankment in Kiev (sculptor Alexei Shamshura). Meanwhile, lovers making a wish have polished the crown and arrow of the Frog Princess to shine.

In Moscow in 1997, for the decoration of the Manezhnaya Square near the Kremlin, appeared an imitation of the Neglinnaya River. According to historians, it was here that the river had been going in ancient times, however, piped in the 19th century. Meanwhile, the sculptor Zurab Tsereteli created the heroes of various Russian fairy tales, and installed them along the river banks. And among his creations there is also a monument to the Princess Frog with Ivan Tsarevich.

In addition, there are their own Frog Princesses in many cities of Russia, as well as abroad. For example, in Abakan, Astrakhan, Rostov, Kogalym, Boston, New York, Vienna.

Meanwhile, Vileika sculptor Valery Oparik created a fabulous sculpture made of concrete. It is a frog from the Russian folk tale “The Frog Princess” of the same name. According to the master, it 5-ton and in human growth sculpture took him about five months. 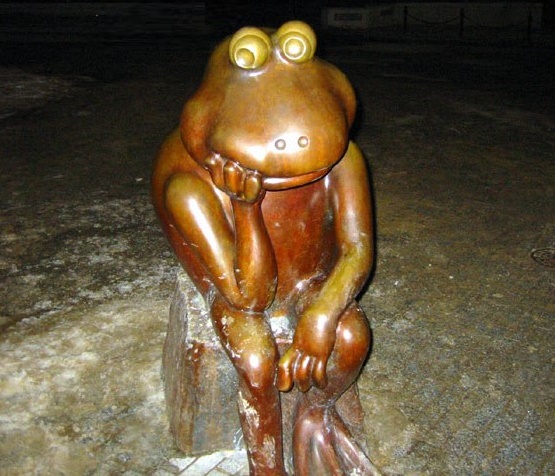 Boston, US, monument to a frog

– This is not entirely a fairy-tale character, because I wanted to show not so much a fairy tale as the beauty and uniqueness of the creations of nature. In our case, it is an amphibian frog. Repeating created by nature is difficult, but if you look closely, you understand how its creations are amazingly beautiful,” the sculptor said. The author added to the frog an arrow and a crown – all as a heroine of a fairy tale.

In fact, one of the smallest monuments of the frog is in Russia. Installed (although this word is hardly compatible with a 5-centimeter figure of metal alloy) at the entrance to one of the hotels in Tomsk. 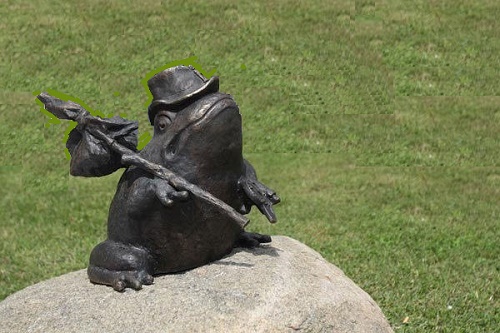 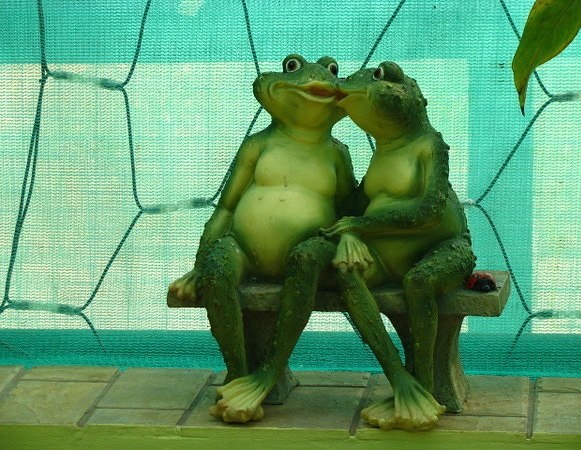 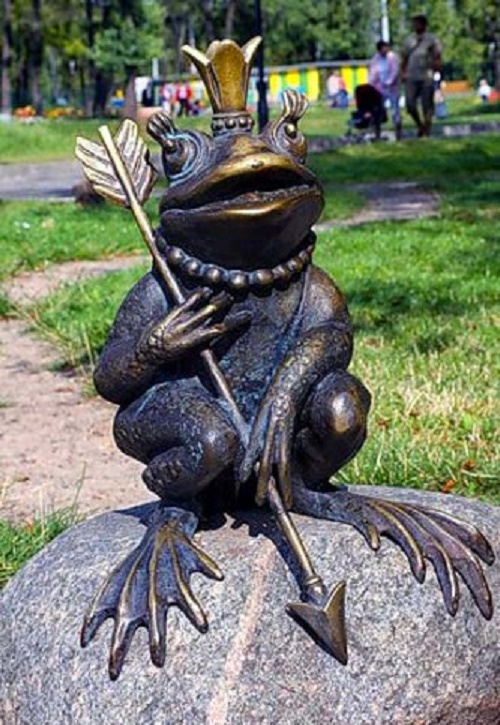 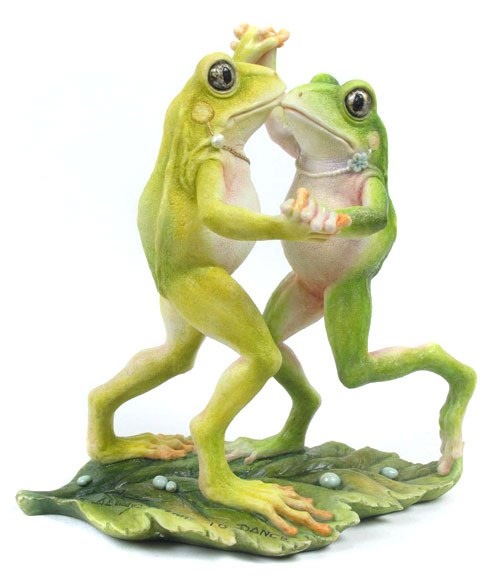 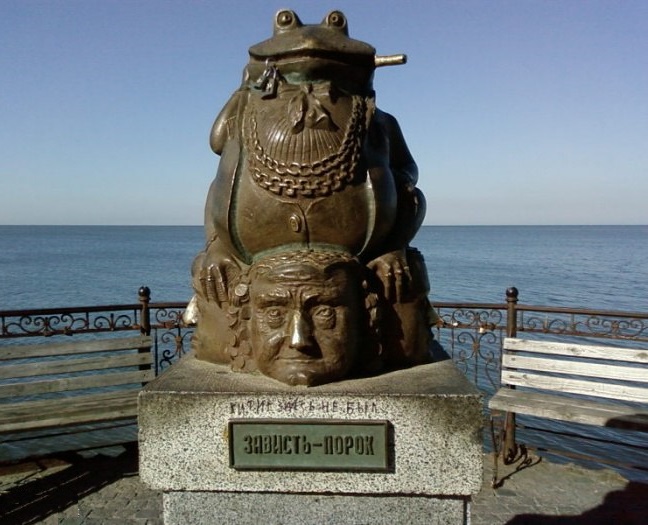 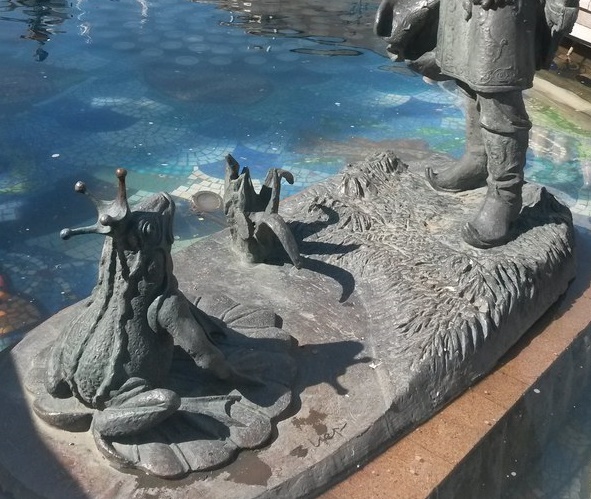 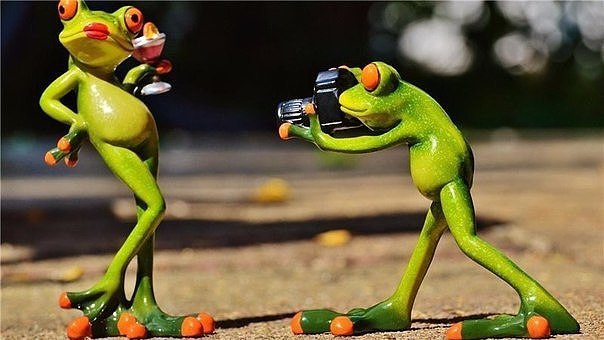 Funny sculpture of a photographer and a model – frogs 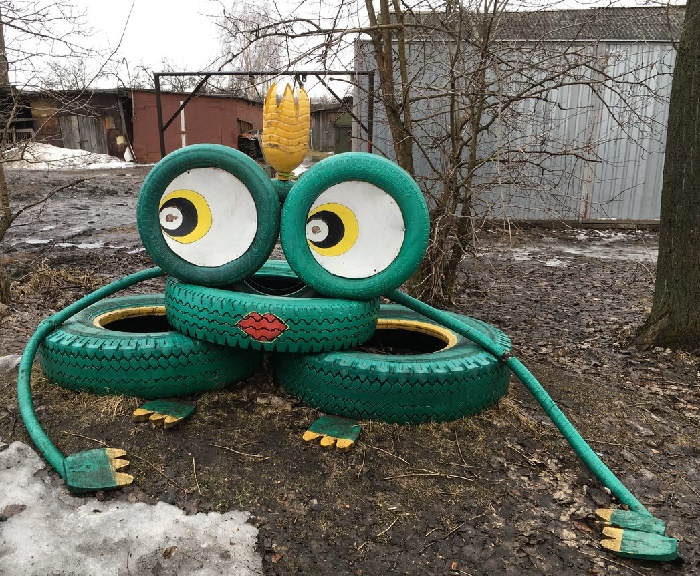 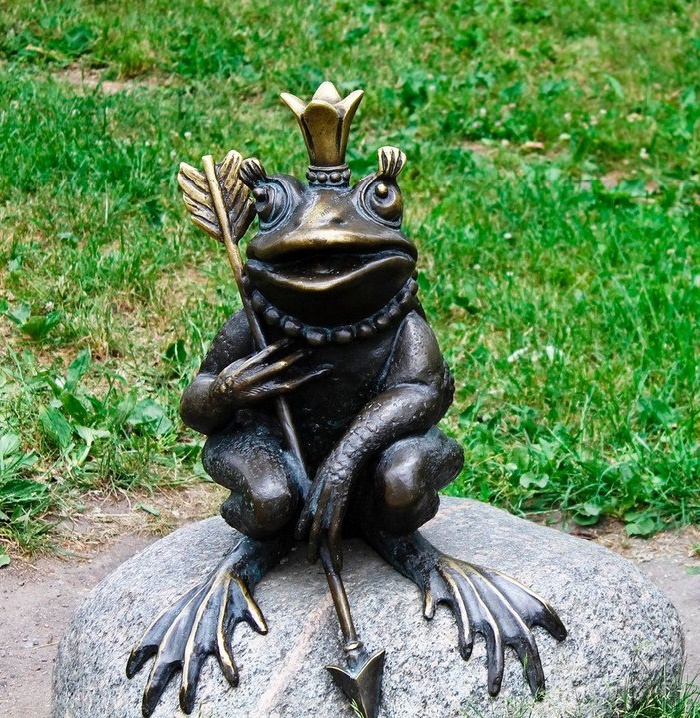 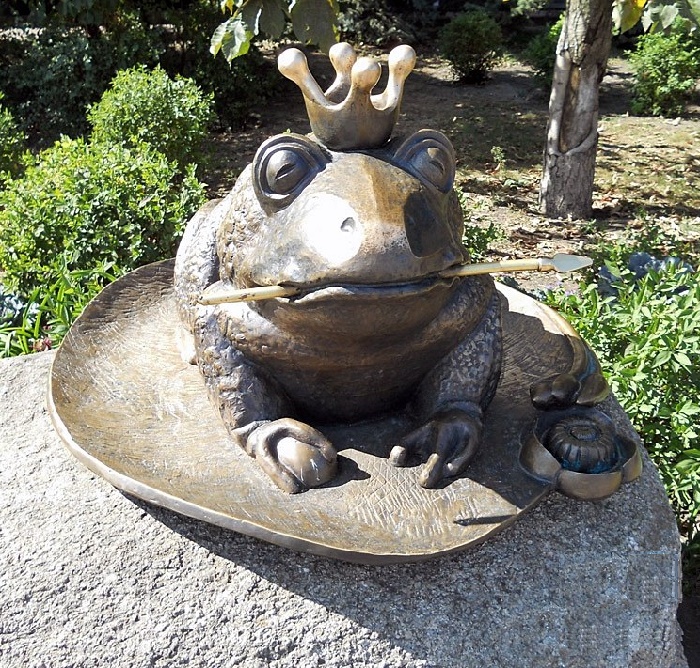 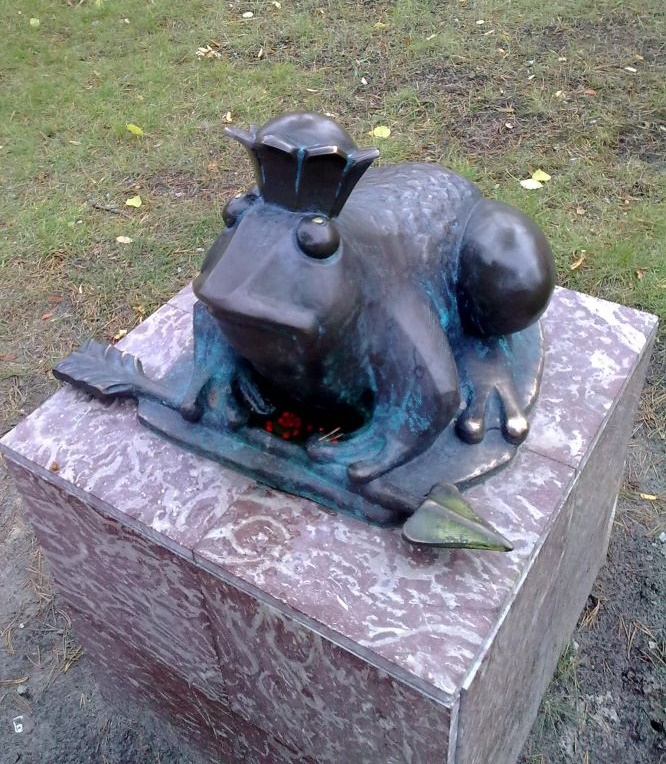 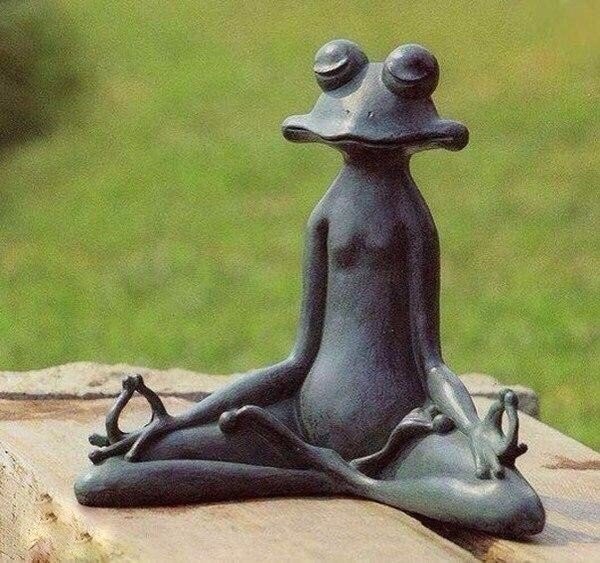 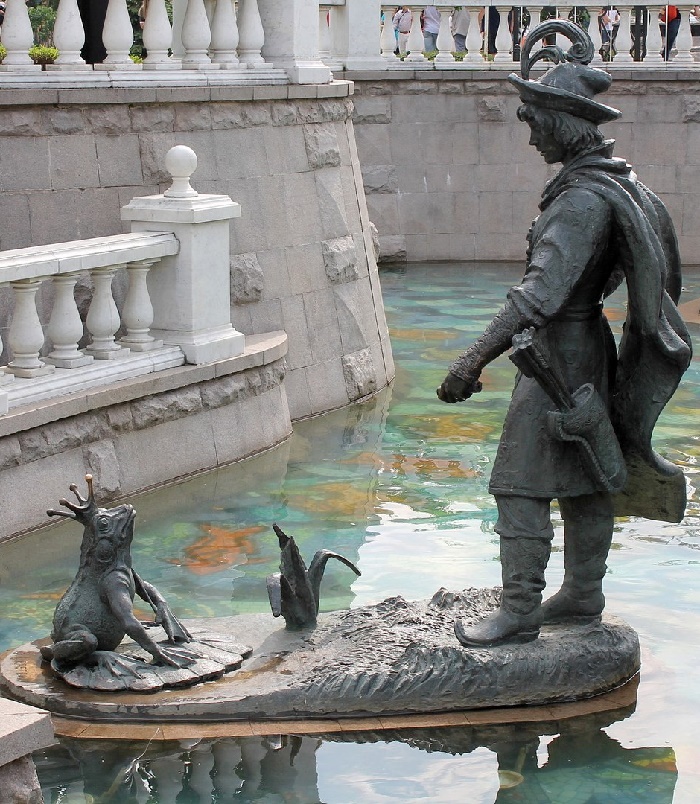 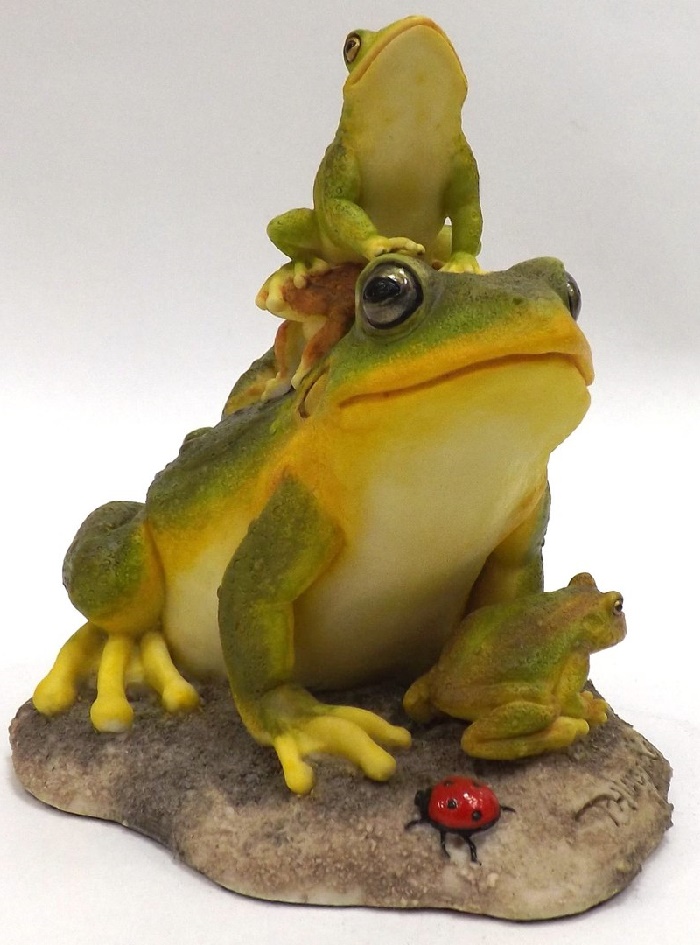 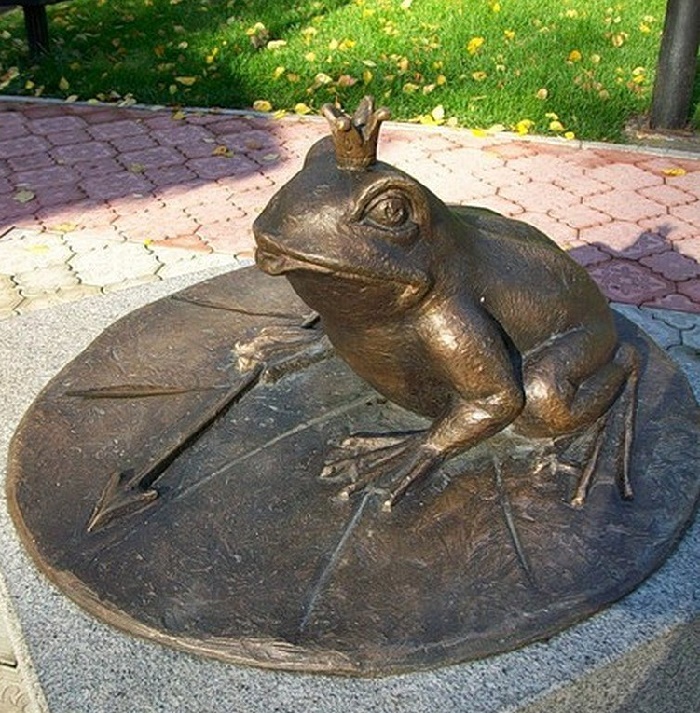 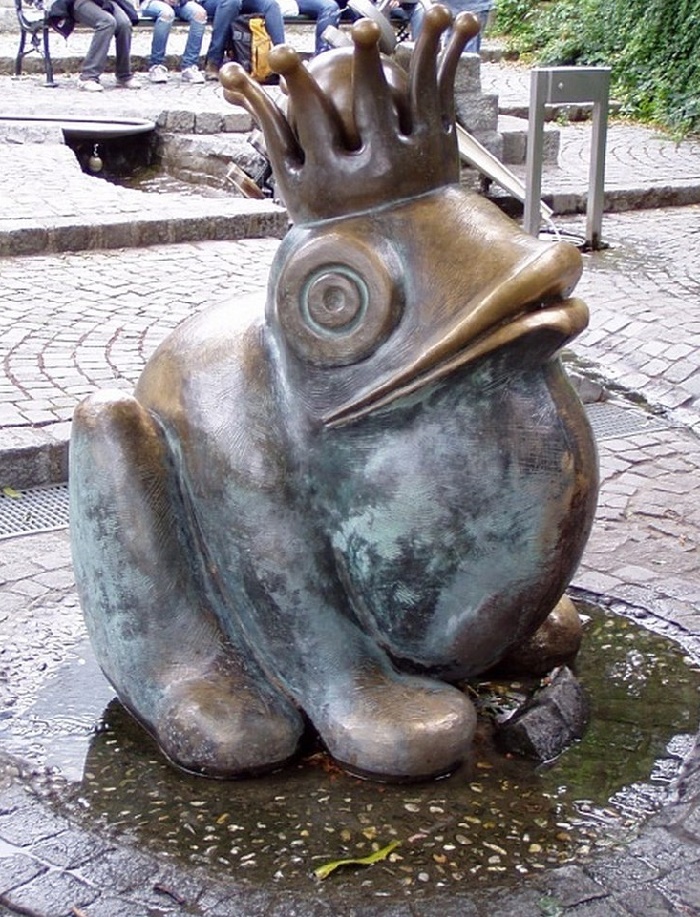 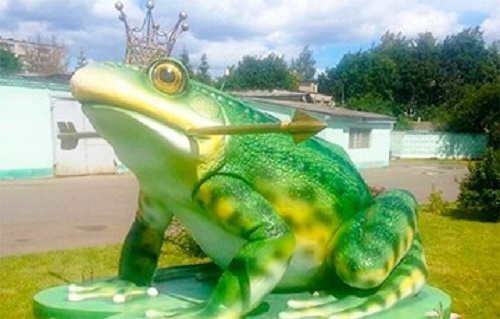 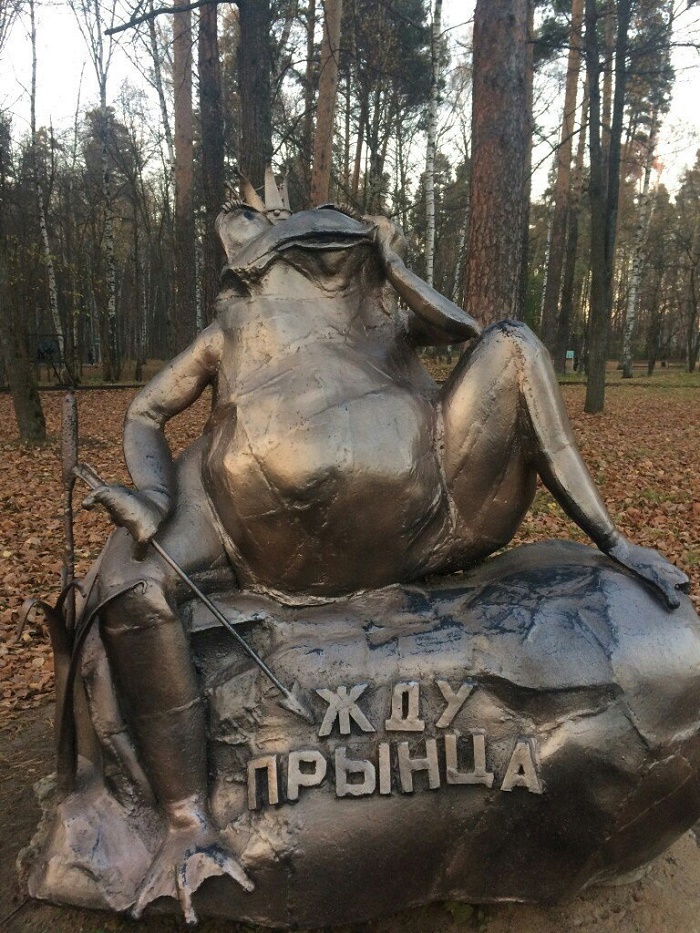 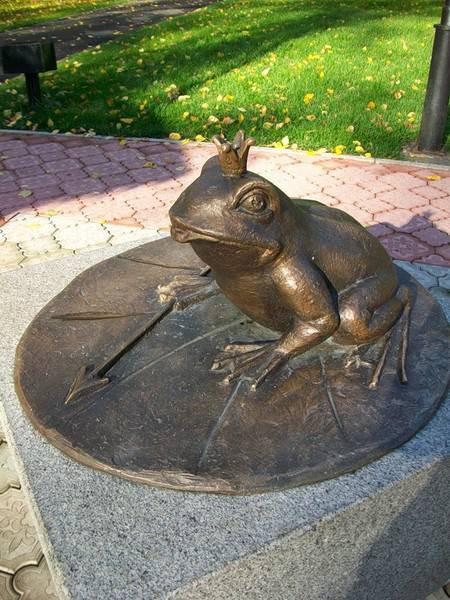 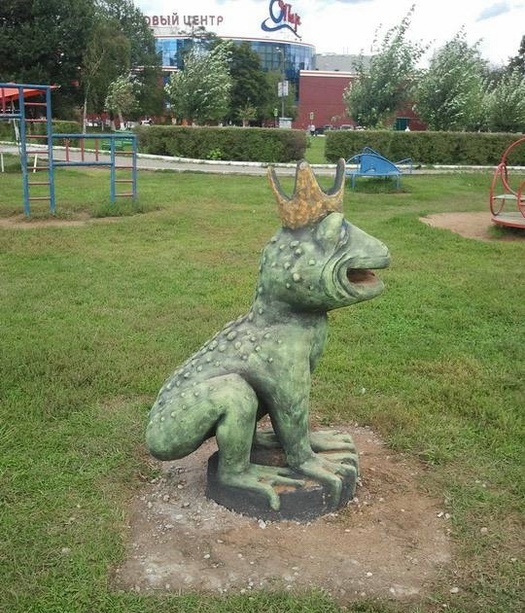