The first mention in the annals of the city of Podolsk near Moscow occurs in 1559, and received the status of the city at the end of the 18th century by a personal decree of Catherine II. For a long time the city remained quiet and provincial; Podolsk received rapid development after the opening of the Warsaw highway and the construction of a bridge across the Pakhra river (XIX century). Modern Podolsk is rich in sights and developed infrastructure. The city has architectural and historical monuments of significant significance.

Such monuments include the bronze monument to Lev Nikolaevich Tolstoy, which is located on the boulevard of the same name.

The monument was opened on October 5, 2013 in honor of the 185th anniversary of the birth of the great Russian writer and thinker. Podolsk is closely connected with the name of the writer – Lev Tolstoy has repeatedly been to Podolsk, three times walked from his Moscow home in Khamovniki to Yasnaya Polyana.

Then his path lay precisely through the Podolsk district (its pre-revolutionary borders). The road has always had a special meaning in the life of a writer. Until a ripe old age, he walked long distances, making up to 10-15 km, pondering his new works and on the road he completed his life’s journey.

The image of L.N. Tolstoy, who is the basis of the bronze sculpture, is the Walking Tolstoy. He is dressed in rags or otherwise famous sweatshirt, his left hand is behind his belt, a coat is thrown over his right, boots are on his feet. There is an interesting fact that he sewed the boots for himself.

The author of the monument is the Honored Artist of Russia, Corresponding Member of the Russian Academy of Arts – Alexander Alexandrovich Rozhnikov, and the idea in bronze was embodied by the sculptor Mikhail Valerievich Tikhomirov.

Fountain The First Ball of Natasha Rostova in Podolsk

In 2014, during the celebration of the City Day in Podolsk, the most elegant sight was opened. On Lev Tolstoy Boulevard, a monumental hydraulic engineering composition was created based on the novel by L.N. Tolstoy “War and Peace”.

A cylindrical pedestal has been erected in the bowl of the fountain, on which Natasha Rostova and Andrei Bolkonsky are dancing. The fountain is called “The First Ball of Natasha Rostova”. The bronze sculptures bear a portrait resemblance to the actors Vyacheslav Tikhonov and Lyudmila Savelyeva, the leading actors in the film epic of Sergei Bondarchuk. At the feet of the couple, spinning in a waltz, geysers erupt. This action is accompanied by melodies of popular waltzes.

This sculptural composition was brought to life by sculptor Andrey Pliev, architects Mikhail Korolev and Alexander Grammatchikov. The authors managed to convey the plasticity of the dancing couple, the movement of folds on Natasha Rostova’s dress. 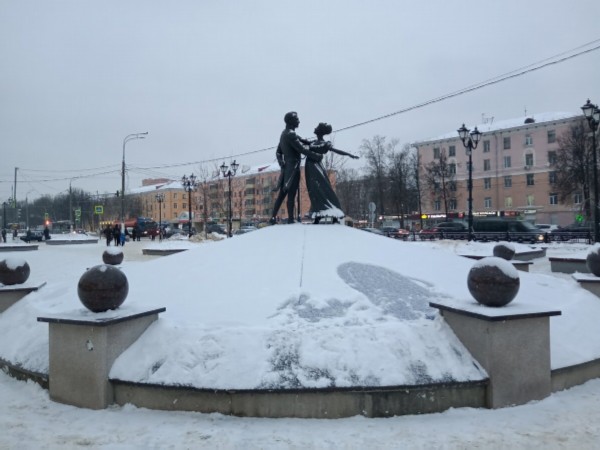 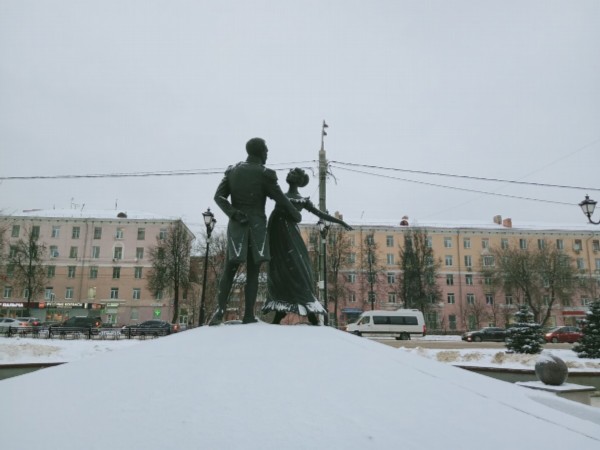 Meetings and appointments are often made at fountains, the fountain in Podolsk is no exception. This is a favorite place for Podol residents. Our acquaintance with Podolsk happened in the winter, we did not see how the fountain works, so in the summer we will come here again.