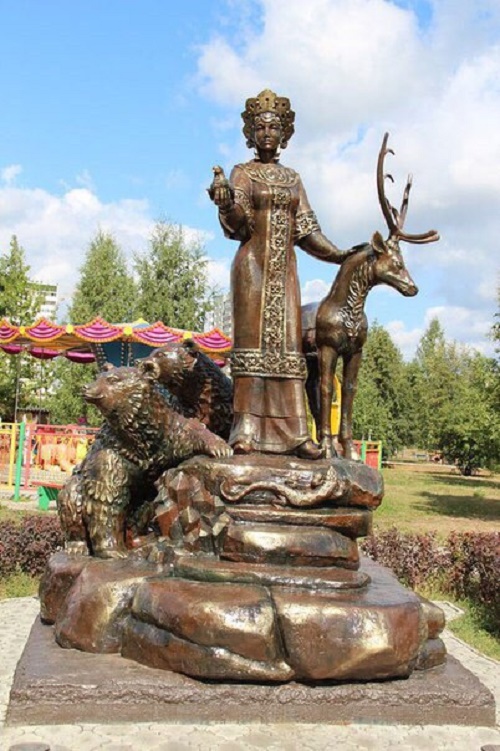 Mythical Malachite Maid bronze sculpture – a monument to Mistress of Copper Mountain, a character of a well known Ural and Russian storyteller Pavel Bazhov. The sculpture features an extremely beautiful young woman with green eyes, and next to her – two bears, a deer and a lizard at her feet. The heroine of “The Malachite Box” of “Ural Mountains folktales” by writer Pavel Bazhov – mythical mistress of the Ural Mountains, the keeper of the precious rocks and stones. She appears in front of people like the goddess Venus, with a plait and ribbons of thin jingling copper, in a gown of “Silk malachite.” But, sometimes people see her in the form of a … lizard in the crown. 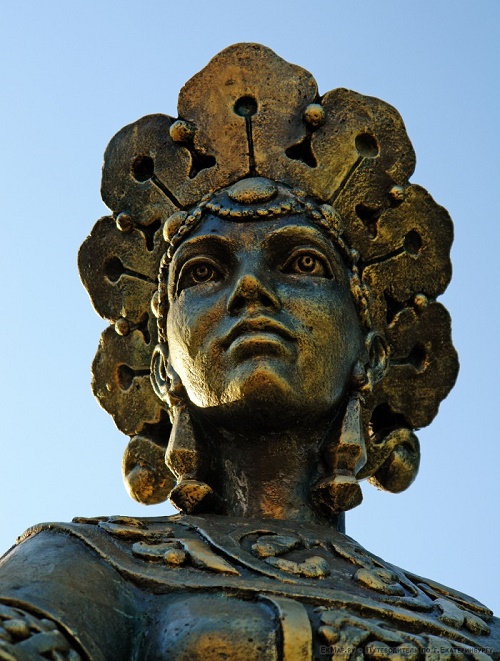 According to the author himself, behavior of Mistress of Copper Mountain, on the whole positive, but at the same time quite vengeful, depends on a person she meets: to a bad man she is the mountain, and to the good one – she brings joy. She can severely punish the greedy and evil men, and good people not hungry for gems, she often rewards. 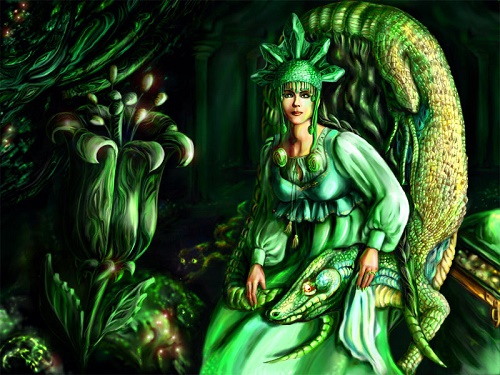 Mistress of Copper Mountain in painting

However, the mountain hostess is the guardian of the collected treasure, “land wealth”, which she disposes of her own. In addition to numerous lizards the Mistress of mountain owns, she still, like an ordinary earthly woman, has a favorite pet – brown cat. 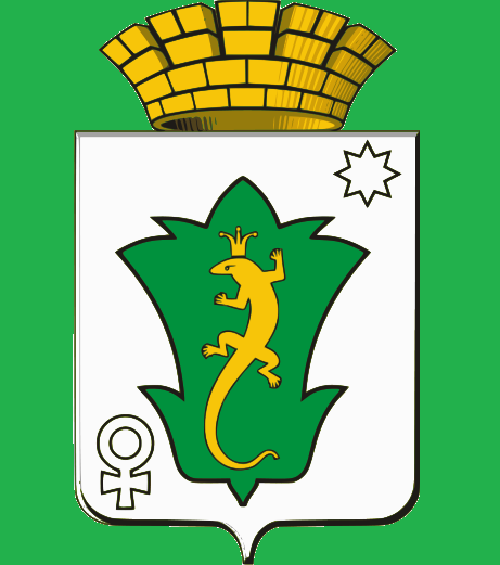 The coat of arms of Polevskoy

As was mentioned above, the Mistress of Copper Mountain in the form of a lizard in a crown, is depicted on the emblem of the city of Polevskoy, in tribute to Bazhov folk tales most of which occurred in Polevskoy region. Bazhov himself was born in this city. 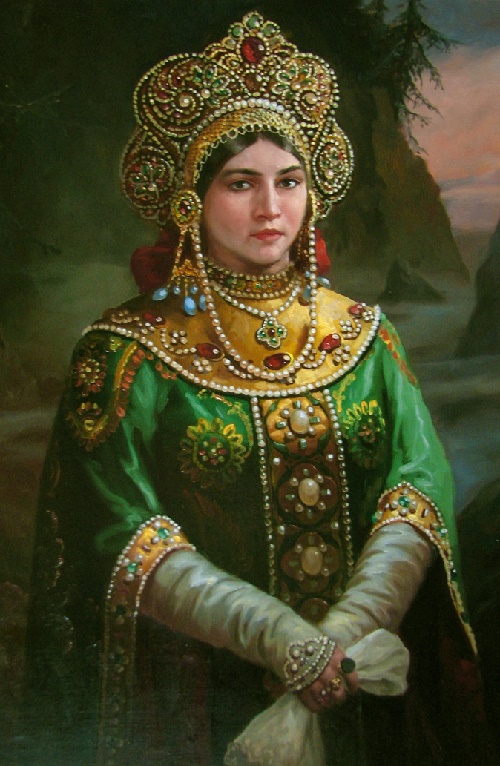 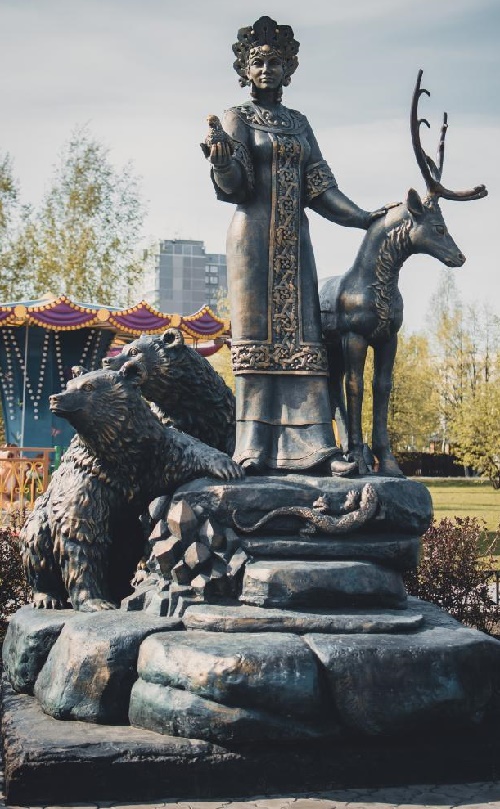