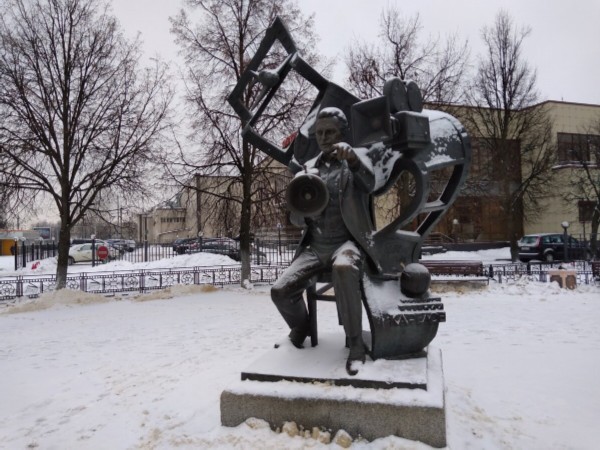 Monument to the famous compatriot-film director Yevgeny Karelov in Podolsk

In the city of Podolsk, Moscow Region, there is an amazing monument to the remarkable film director Yevgeny Efimovich Karelov (10/12/1931 – 07/11/1977). His films are classics of Soviet cinema: “Nakhalenok”, “Two Comrades Served”, “Third Half”, “Children of Don Quixote”, “Seven Old Men and One Girl”, “Two Captains” and many others. 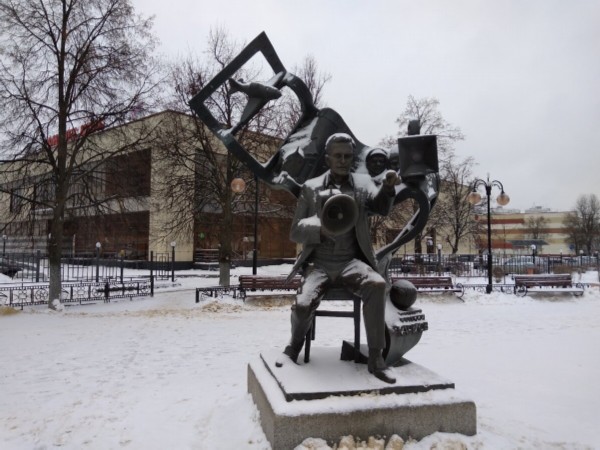 Evgeny Karelov shot films of various genres – comedies, film adaptations, pictures on heroic and revolutionary themes. While working for Mosfilm, he graduated from the Pedagogical Institute, Faculty of Physical Education and was an active member of the Sports Film Federation.

In November 2016, a new beautiful boulevard named after the film director and a monument to the famous fellow countryman, film director Yevgeny Efimovich Karelov opened in Podolsk.

The opening of the monument was attended by the director’s daughter and grandchildren. Karelov’s daughter, Maria Evgenievna, said: “… today many of his relatives are present here, we came here with the whole family. We are very grateful to the city of Podolsk … loved this city. ” The monument was opened in honor of the 85th anniversary of the filmmaker. 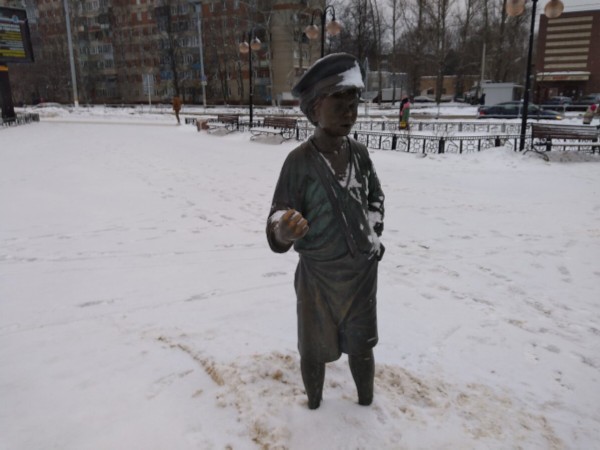 The bronze sculpture of Yevgeny Efimovich is made in full size and depicts the filmmaker during the filming process. He sits on a chair, the legs of which are raised, and it seems that the filmmaker is on the move. Behind him is a camera, in one hand Karelov has a megaphone, and with the other hand he gives instructions to invisible actors.

The ensemble of the sculptural composition includes a bronze sculpture “Nakhalyonok”, one of the famous characters created by Karelov. 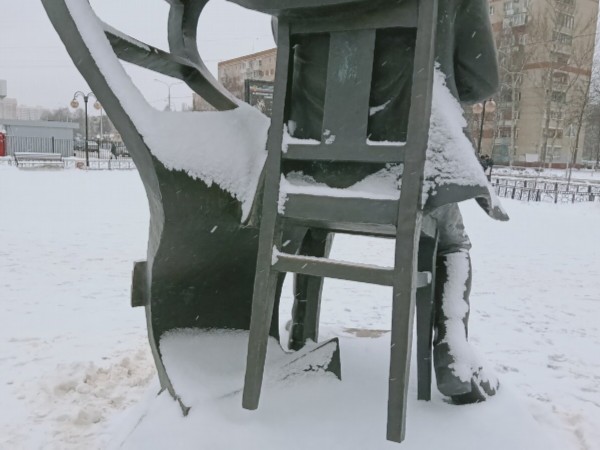 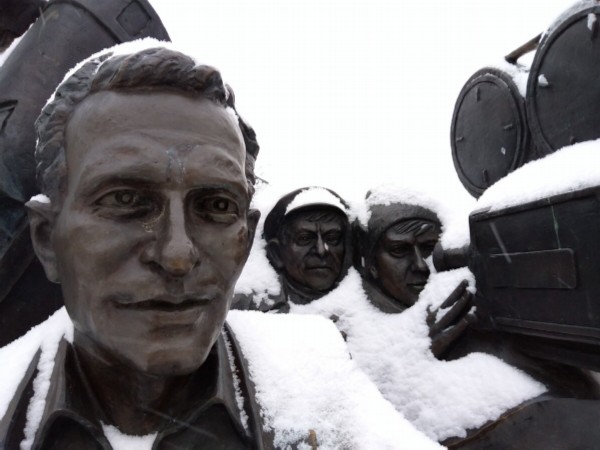 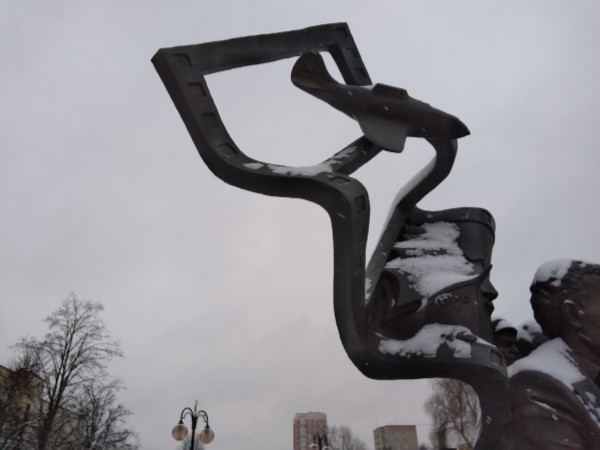 In their composition, they reflected not just the names of the films, but also fragments. Next to Evgeny Karelov there are characters from the film “Two Comrades”, who seem to be helping to shoot the film “Nakhalenok”. Alexander Rozhnikov believes: “… the main highlight is that we have moved away from the traditional understanding of the monument.”

On this site, in fact, a movie will be constantly shot. “Anyone can approach the young hero of” Don Stories “by MA Sholokhov and get into the frame of the great film director.

A fountain was installed on the pedestrian zone, almost at ground level, gushing from under the grate. But the main surprise is the video of the paving stones. This is a 3×3 meter screen on which you can show clips, slides, children’s interactive game stories. Our trip to Podolsk was on a snowy winter day, there is a great reason to come here in the summer. 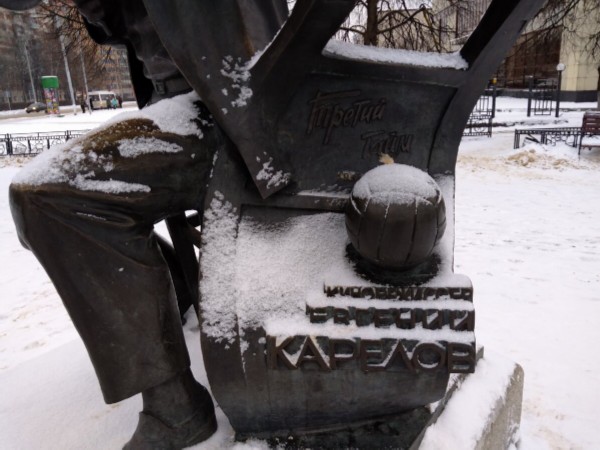 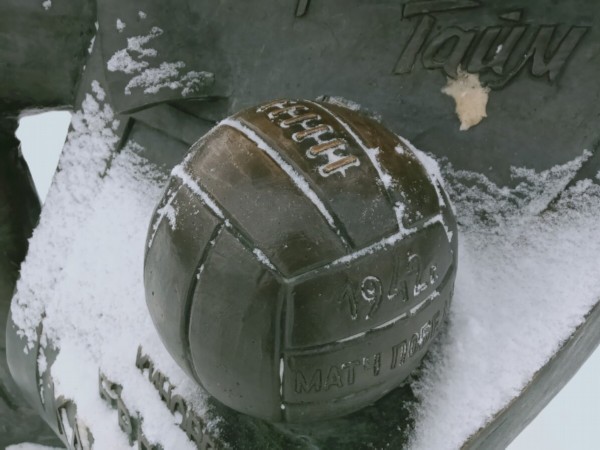