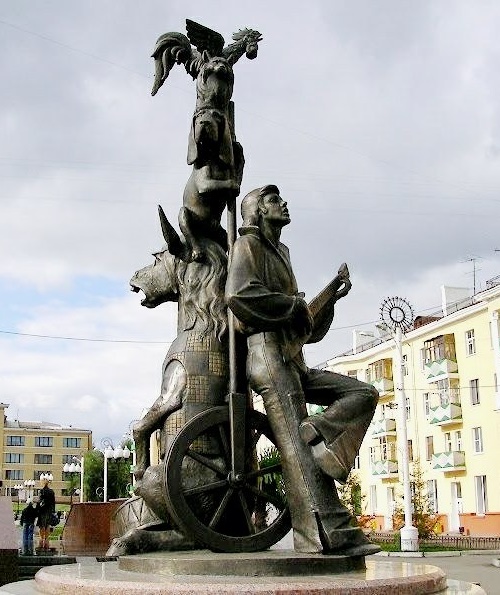 A fairy tale by the Brothers Grimm about the Bremen Town Musicians is widely popular all over the world. Children love stories of the troubadour, a dog, a cat, a rooster and a donkey who travel with music and acrobatic performances in the cities of Germany.
Since 2007, the singing sculptural composition “The Bremen Town Musicians” decorates the area next to the Palace of Culture of May 1st in the Siberian city of Krasnoyarsk. Its author – a famous local sculptor A. Tkachuk. Cast in bronze, it depicts the characters of the famous Soviet cartoon of 1969 “The Bremen Town Musicians”. Besides, this is the first singing sculpture in the Siberian city, as three times a day a rooster crows triumphally about the presence of the cheerful Bremen Musicians here. And, to the joy of all the residents and guests of the city sounds verse of the famous song of the same cartoon, “We have arrived here for an hour …”.

According to project architect Andrey Kasatkin, there is nothing surprising in the fact that they have decided to install a bronze sculpture of Bremen Town Musicians. The sculptural composition keeps the features of our favorite Soviet cartoon. The only change he made depicting a cat. It is big and fluffy – with clear signs of Siberian breed. The height of the sculpture – four meters, and it weighs nearly five tons. 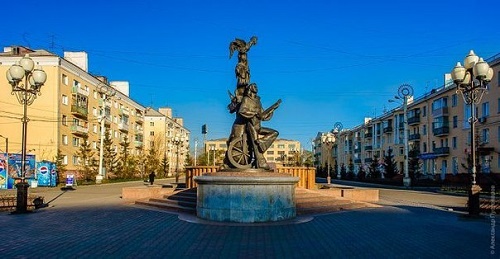 According to popular belief, it is necessary to rub the nose of the donkey and make a wish that will come true. Nevertheless, it is possible to implement three more wishes by rubbing the noses of other animals. The most secret desire takes rooster that is much more difficult to reach. 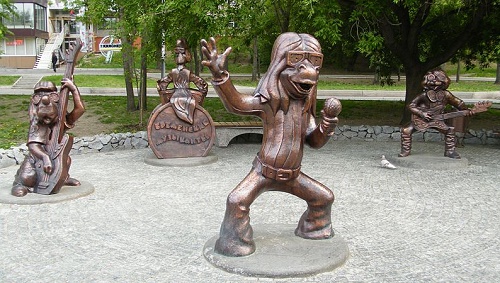 Of course, installed in Krasnoyarsk Bremen musicians monument is not the only in Russia. There are also monuments depicting the Bremen town musicians in Sochi, St. Petersburg, and in Lipetsk. But the most impressive monument is located in Khabarovsk. It is a many-figured sculptural composition consisting of all main characters of the 1969 Soviet cartoon “The Bremen town musicians”. And among them – Princess and troubadour, Spy and King, Gypsy leader of the bandits, called “Fool, Coward and Experienced” (in the below gallery). 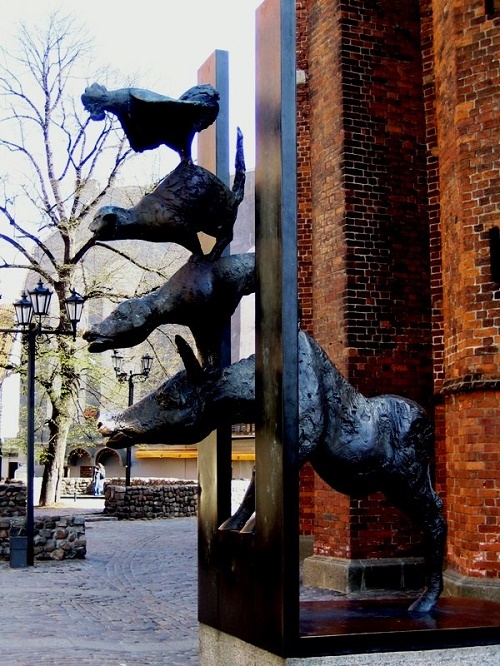 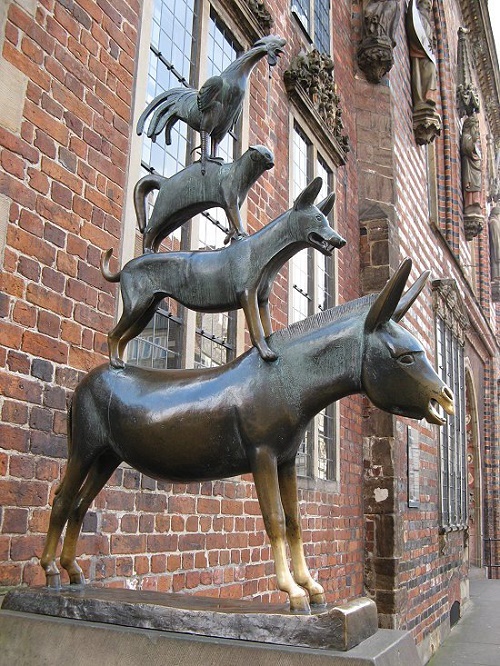 The monument of Bremen town musicians in Bremen, Germany 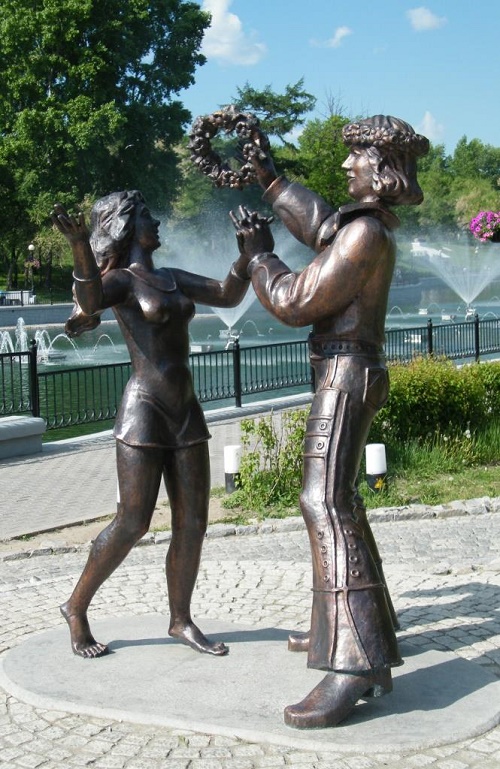 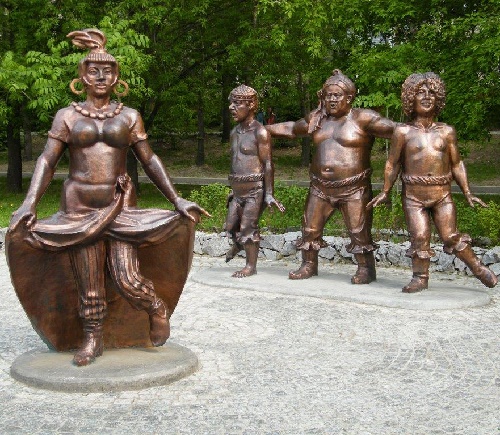 The gypsy leader of the bandits called Fool, Coward and Experienced, characters of Russian ‘The Bremen musicians’ cartoon 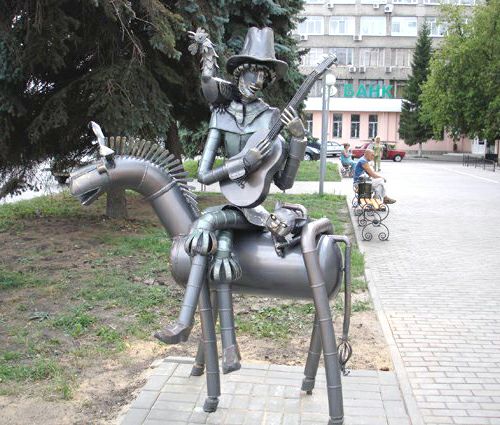 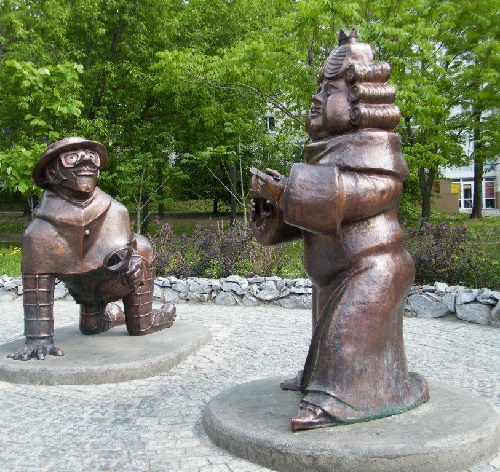 Spy and King, characters of ‘The musicians of Bremen’. Sculptural composition in Khabarovsk 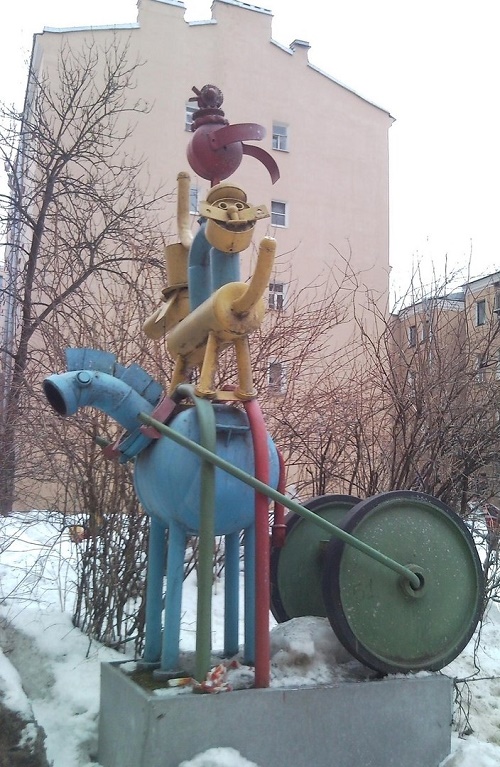 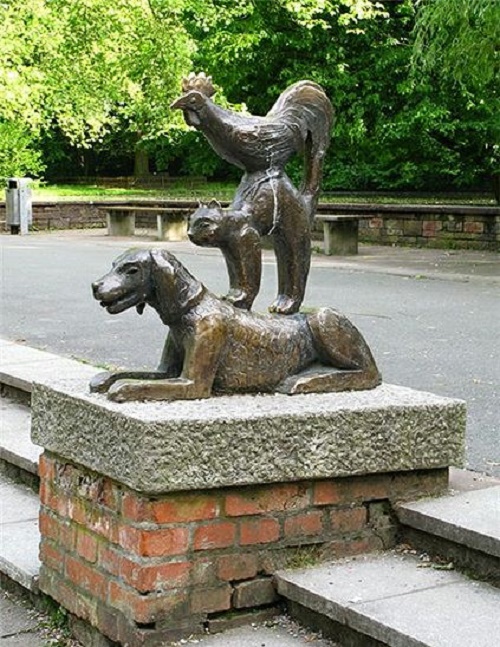 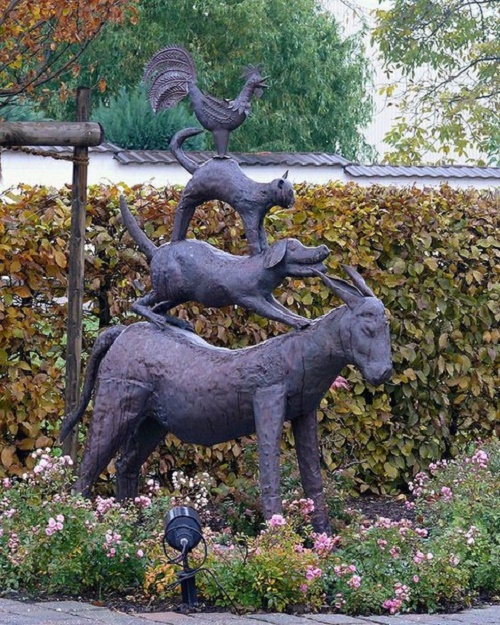 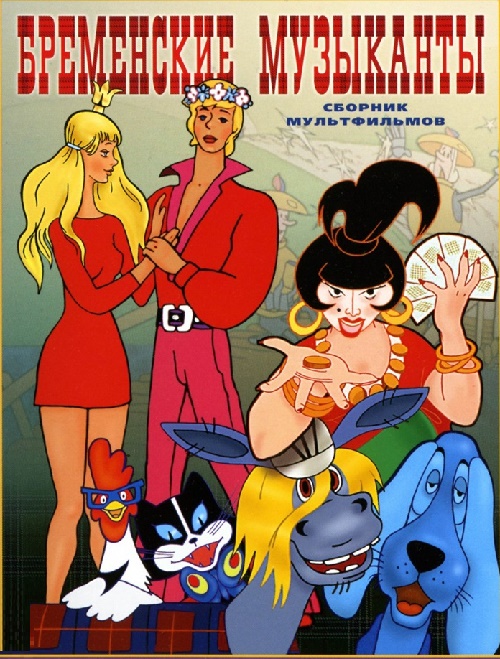 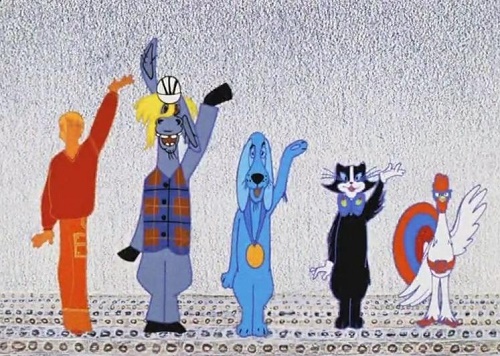 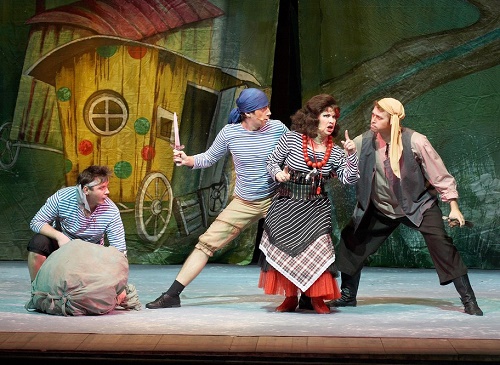 The Bremen town musicians, theater performance in Krasnoyarsk theater of opera and ballet