Cathedral Square after the revolution of 1917, the square was renamed Freedom Square, and in 1991 its former name was returned. Now the appearance of the square is formed by the old buildings of the City Duma, the Bank and the Noble Assembly, as well as the monuments to V.I. Lenin and Andrei Rublev, as well as a monument in honor of the 850th anniversary of Vladimir.

In August 1995, on the Cathedral Square for the 1000th anniversary of the city of Vladimir, in front of the entrance to the park of A.S. Pushkin, a monument to Andrei Rublev was unveiled.

The sculptor and icon painter is made of bronze at the Mytishchi plant of highly artistic casting. This is the last work of the People’s Artist of Russia sculptor Oleg Komov. 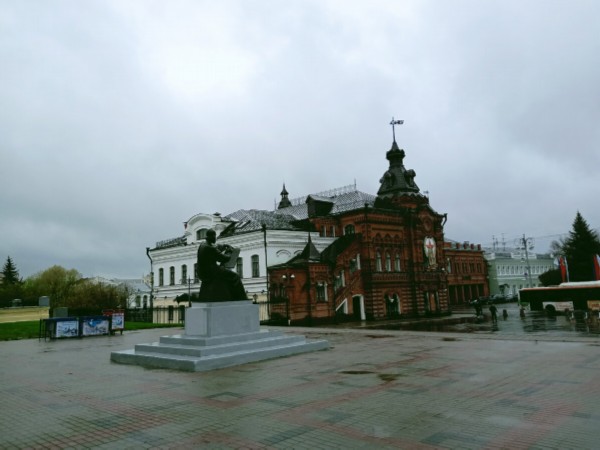 Oleg Konstantinovich worked on the concept of the project for 20 years. The unveiling ceremony was attended by the sculptor’s widow and his son. Oleg Komov depicted Andrei Rublev painting the icon. In his right hand, the master holds a brush, and in his left hand he holds the upper edge of the icon board, placed on his knee.

The ingenious icon painter Andrei Rublev was born around 1340-1350, since there is very little biographical evidence of the talented artist, some data indicate his birth in the Moscow principality, and others about Novgorod. Andrei was brought up in a family of honorary icon painters. Under Nikon of Radonezh, he took monastic vows at the Trinity-Sergius Monastery. But there is also other information.

The sculpture of Andrei Rublev was installed in Vladimir for a reason.

In 1408 Andrey gained experience in icon painting and worked with Danila Cherny. Together they painted the Assumption Cathedral in Vladimir. The cathedral contains the largest number of frescoes by Andrei Rublev. Mainly on the theme of “The Last Judgment”. The frescoes were made during the time of the national rise. The style of the artist’s work was determined by the spirit of the times. Andrei Rublev refuses asceticism and severity, which the Byzantine icon painters adhered to. The Last Judgment is regarded as a righteous judgment. The images of preachers, apostles, angels are the faces of ordinary Russian people. They amaze with their softness and lyricism. Andrei Rublev uses in his work a new combination of colors taken from Russian nature. The lines of patterns and contours are soft and smooth. 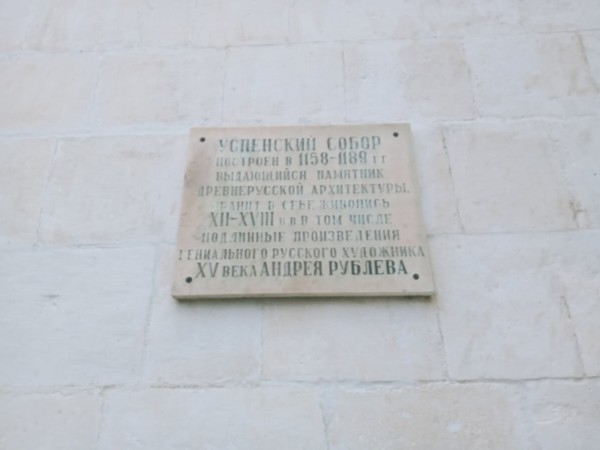 In the spring of 1428, Andrei Rublev completed the last work and died in the fall. In June 1988, Andrei Rublev was canonized. Many residents of Vladimir believe that the site for the monument was not chosen very well. On the contrary, across the street there is a monument to V.I. Lenin is the joke in the city “Rublev draws Lenin.” In addition, the monument to Andrei Rublev stands on the site, to which a wide staircase leads, and various events are often held here. It is not the first year that they have been talking about moving the monument closer to the Assumption Cathedral, but so far this has not happened.