There is a street in Moscow – Tsvetnoy Boulevard, which is located 2 km from the Kremlin. Now the main symbol of Tsvetnoy Boulevard is the Yuri Nikulin Moscow Circus. The circus building was built in 1880 on the initiative of Albert Vilgelmovich Salamonsky at the expense of the merchant Danilov.

Across the road from the circus in the park area there is a Monument-fountain Clowns with figures of 6 circus performers.

The sculptural group appeared on Tsvetnoy Boulevard in 2002, the author of which is the sculptures Zurab Konstantinovich Tsereteli.

The composition occupies 60 sq.m. The bowl of the fountain is covered with a bronze lattice through which 120 water jets flow. In the center of the bowl, a clown with a suitcase rides on a unicycle and rushes to the show.

It starts to rain, the artist opens the full of holes umbrella, but at this moment the suitcase opens and another smaller clown falls out of it, which was supposed to appear only in the circus arena. The little clown caught his feet in the open suitcase, he does not want to walk through the puddles. The jets of the fountain hit at different levels, playing the role of rain.

Each clown plays his own story. One froze for a moment before a somersault. The other two portray a game of leapfrog, and the third observes the tricks of colleagues. A brass suitcase, a hat, a cane and a clown’s shoe thrown into the arena represented are attributes of a clown. 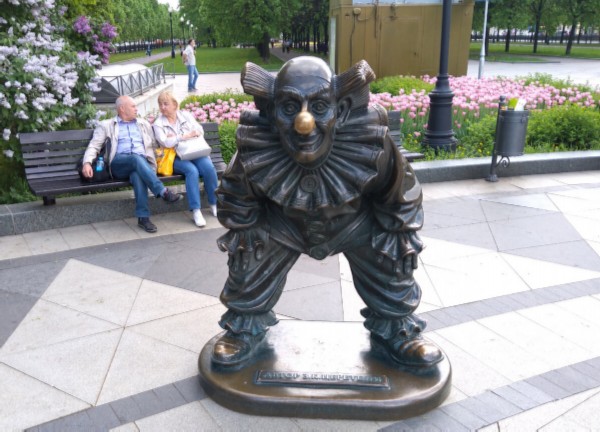 There are benches around the fountain where you can sit and relax.

The Clowns fountain by Zurab Tsereteli is controversial. Locals call the fountain “killer clowns”, “Stephen King’s tears” and others. Some residents say that at night it is scary in this place, it seems that you are surrounded. And to other residents of the region, this place creates the atmosphere of an eternal circus holiday.

So we got great pleasure from this place. People were sitting on the bench and talking about something, children were running around the clowns and someone was constantly taking pictures in front of them. 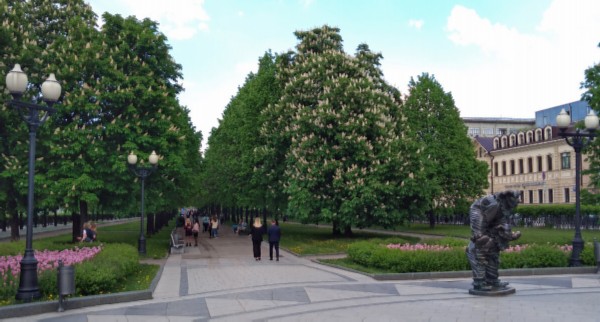 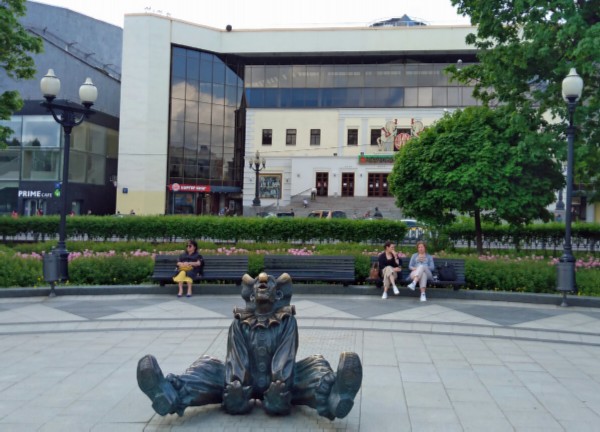