The ancient city of Serpukhov in the Moscow region is rich in its spiritual and cultural heritage. It is known that the life of the great Russian writer A.P. Chekhov for 7 years was closely connected with the Serpukhov district. In 1892, Anton Pavlovich acquired an estate here in the village of Melikhovo and entered the service as a zemstvo doctor. He was also a member of the local sanitary union and therefore often traveled to Serpukhov on official business. Anton Pavlovich communicated a lot with townspeople from different classes and of course this was reflected in the writer’s work. In some of his works, the names of the city of Serpukhov are described as the city “S”. 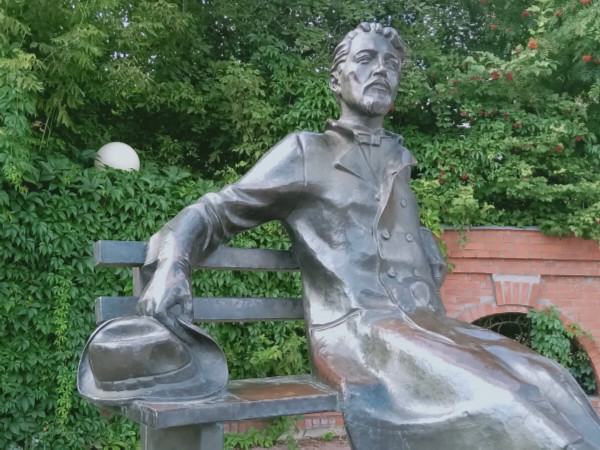 At the intersection of st. Voroshilov and st. Chekhov in 1999, a monument to A.P. Chekhov.

The sculptor S.V. Sagaiko and architect V.V. Shuvalov. The composition is made of bronze and granite. There is a bronze bench on a low pedestal, on which Anton Pavlovich sat down to rest and pondered. Maybe at that moment he was thinking over a new play or a new story.

Opposite the monument to A.P. Chekhov in a small park with thujas in 2018, the sculptural composition “Lady with a Dog” appeared. 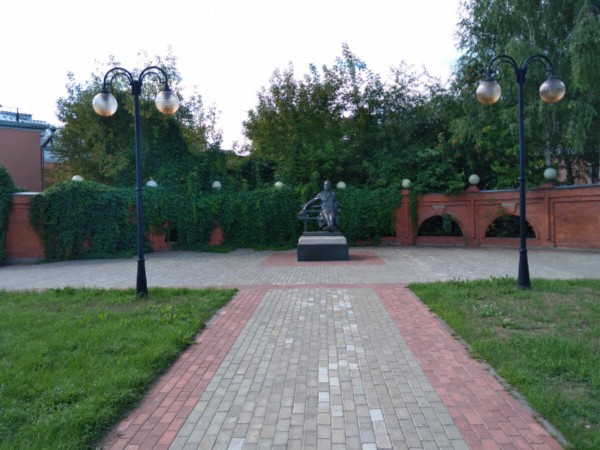 The opening of the art object was timed to coincide with the release of the first edition of Anton Pavlovich’s story “Lady with a Dog” in the magazine “Russian Thought”.

The main character of the work was inspired by the sculpture by I. Dyukov. At the opening of the monument, Ilya Dyukov said that this work was very important for him and he was glad to participate in the transformation of Serpukhov. By the way, the text of the story says that Anna Sergeevna lived in the city “C”! The place for the sculptural composition was not chosen by chance. On the opposite side there is a monument to the writer and the lady is looking exactly in his direction.

The sculpture is made in life size about 1.70 meters. Every detail is very elegant: a hat, a lace umbrella, a book in hand … The sculpture of the lady is filled with charm and some indecision, as if she was surprised to learn that Anton Pavlovich is on the opposite side. The bronze spitz raised his head and devotedly looks at the hostess, ready to immediately run after her.

This small square on Chekhov Street has turned into an impromptu stage. It seems that the lady with the dog will now wake up and take a step. 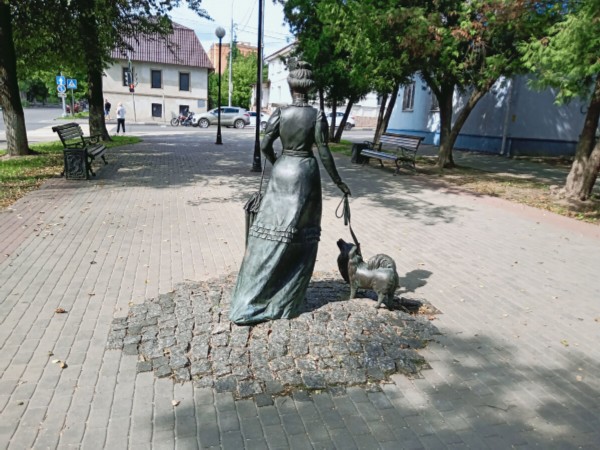 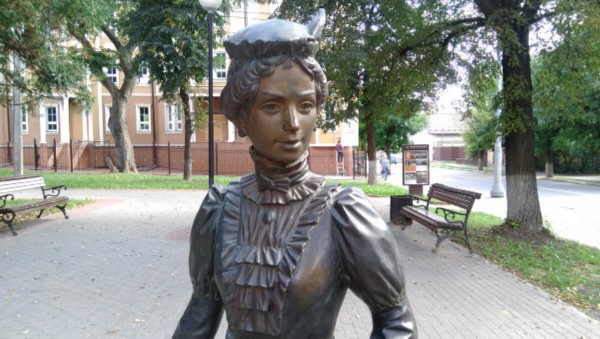 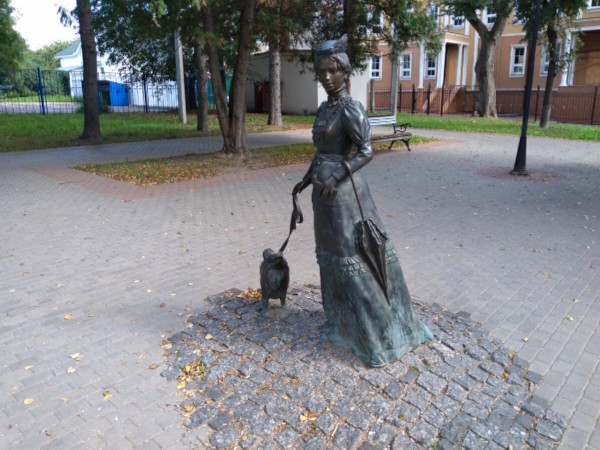