Family values monuments
In 2008, officially recognized as the family year, in many cities of Russia appeared monuments dedicated to the family. Among them was the monument to a happy large family in Saransk, the capital of the Republic of Mordovia. However, the locals gave it the name “Endangered species”, most likely because it hints at not created families and families in which there is only one child. By the way, scientists claim that for a full-scale quantitative and qualitative increase in the country’s population, there must be at least three children in the family.
The author of the sculptural composition was the famous sculptor Grigory Filatov. Meanwhile, you can find the monument next to the Temple of Fedor Ushakov, at the intersection of Soviet and Democratic streets.


The sculpture “The Khanty Family at Rest” is one of the most popular sculptural compositions. Installed near the airport of the city of Khanty-Mansiysk, the ethnographic composition depicts a family of Khanty local people, located on a halt. This is the figure of a man sitting on sledges, next to which stand his wife and child. Here the reindeer and the faithful friend – a dog – lay down to rest. Sculptures of bronze in full size. Authors of the monument managed to convey the local flavor, and thanks to the illumination, the monument looks very picturesque at any time of the day. 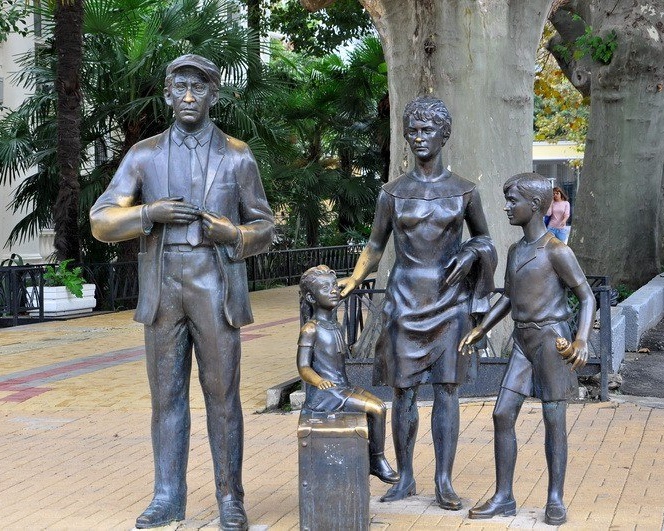