In a small park in the Rostokino microdistrict at the corner of st. Bazhova and st. Malakhitova in 2007, sculptures were installed depicting the characters of the Ural tales of P.P. Bazhova. At the entrance to the square there is an abstract-avant-garde composition “Malachite Symphony” (“Stone Flower”), a stylized image of a flower. The sculptural composition is made using the mosaic technique and is a gift to the residents of the district from the Mospromstroy company, sculptor O. Tatarintseva, architect E. Moisyuk.

In the park itself there is a bust of P.P. Bazhov and sculptures of characters from his Ural tales. The park was decorated by the sculptor – Vladimir Valerievich Lepeshov, a member of the Moscow Union of Artists. His workshop is located in the Rostokino area on the street. Agricultural. 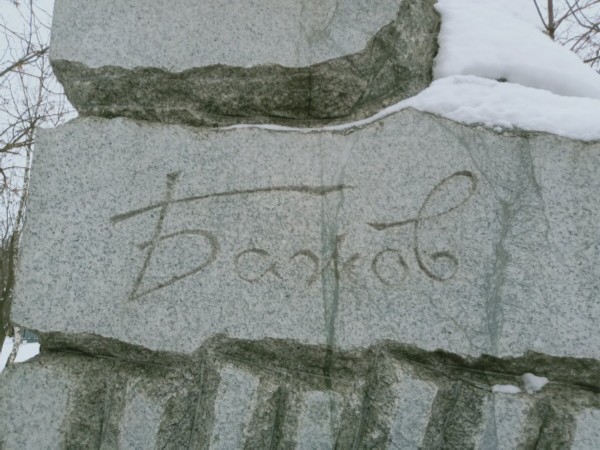 Pavel Petrovich Bazhov is a Russian writer, collector of Ural legends and folklore.

His first collection of fairy tales – “The Malachite Box” was published in 1939 and gained incredible popularity, and has not lost it to this day. His tales are capable of captivating both children and adults.

From early childhood, the future writer learned to understand the beauty and wealth of the Urals. The miners told him folk legends and myths, and Pavel created his own fairy-tale world.

Sculptors of his characters can be found in the park. Here is Danila the Master. This is the main character of fairy tales, a master of malachite carving. He met the Mistress of the Copper Measure and learned the craft from her. 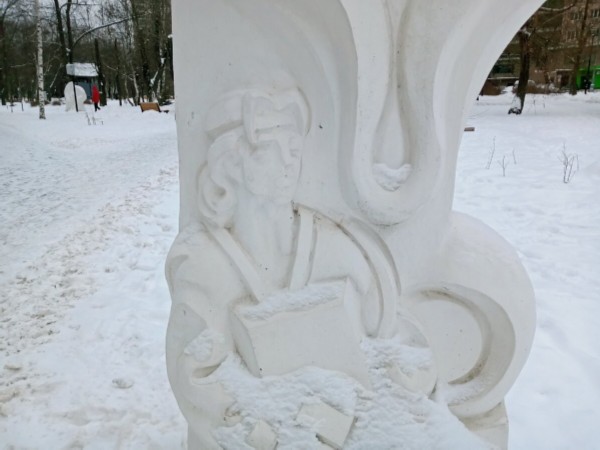 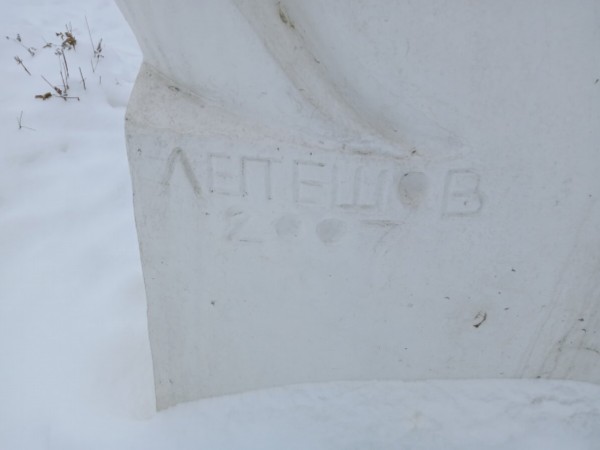 The film adaptation was made based on the Ural tales of P.P. Bazhova. It was the first full-length film shot on color film. The costumes and sets were made at the Czechoslovak film studio “Barrandov”, where the cave interiors were filmed. Danila the Master was played by actor Vladimir Vasilyevich Druzhnikov, and the Mistress of the Copper Mountain was played by Tamara Fedorovna Makarova.

The Mistress of the Copper Mountain keeps precious stones and rocks. In front of people, she appears in the form of a beautiful woman or a lizard in a crown. Vladimir Lepeshov depicted her in sculpture in both forms at once – women against the background of a rock, and behind – lizards on the rocks.

But a goat with a magic hoof, where he stomps, a precious stone appears, the more he hits, the more stones appear. Of course, this is a character from the Silver Hoof tale. 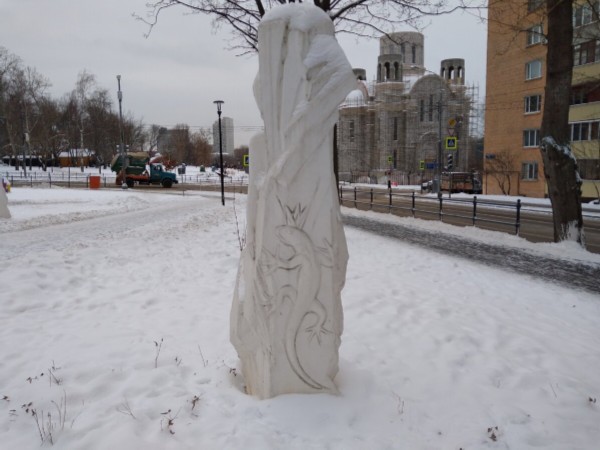 There is an Ognevushka-jump in the park.

A small girl the size of a palm, with red hair, in a sarafan and with a handkerchief in her hand. She is the mistress of the gold that is stored in the upper layers of the earth.

There is an interesting fact that all the characters of P.P. Bazhov are fictional, but Danila the Master is not. In the village of Koltashi, on the Ural River Rezh, there was a housekeeper – Danila Kondratyevich Zverev, it was he who served as the prototype for Danila the Master.

Arriving on this winter day in the Bazhov square, we opened the “Malachite box” and admired the heroes of his Ural tales.