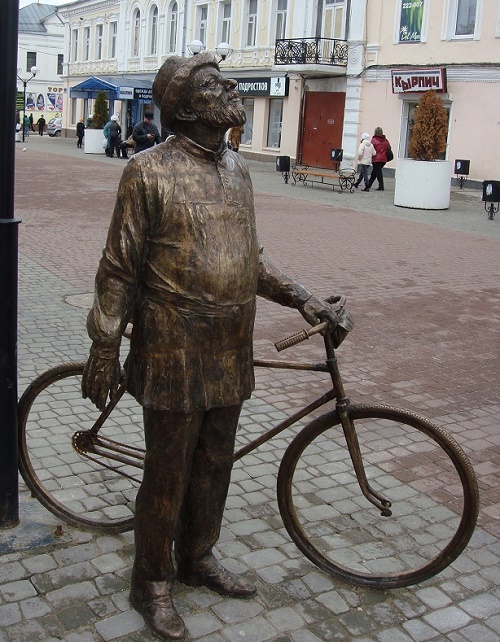 First of all, it is a really good monument, kind, philosophic and worth seeing it. Russian scientist-theorist Konstantin Tsiolkovsky, a man with a bicycle, looking at the sky. By the way, he bought it at the age of 45, without even knowing how to ride it. Meanwhile, there are many monuments to Tsiolkovsky in Kaluga region, at least five. In fact, Tsiolkovsky, who lived there for a long time, is the main brand of the city, although he was not born in Kaluga, but in Ryazan region.
According to the author of the idea, director of the theater Alexander Krivovichev, the goal was to show the image of the city eccentric, who, in fact, was Tsiolkovsky in the eyes of many ordinary people-countrymen. Indeed, the inventor does not look monumental, but just as eccentric citizen. 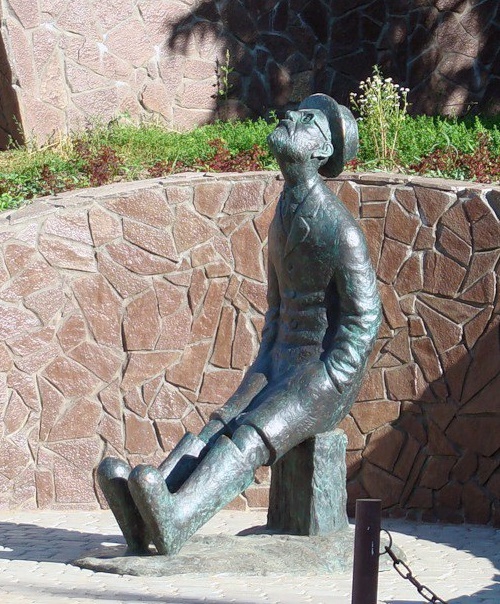 “Humanity will not remain forever on Earth, but in pursuit of light and space, at first timidly penetrate beyond the atmosphere, and then will win all the space around the sun.” Konstantin Tsiolkovsky (17 September 1857 – 19 September 1935), Russian and Soviet rocket scientist and pioneer of the astronautic theory.

The representative of the Russian cosmism, he was a member of the Russian Society of Amateurs of Universe Sciences. Besides, he was the author science fiction, and a supporter and promoter of the ideas of space exploration. Thus, Tsiolkovsky proposed to populate space with orbital stations, and put forward the idea of a space elevator, and trains on the hovercraft. And he believed that the development of life on one of the planets of the Universe will reach a power and perfection that it will overcome the force of gravity and spread life throughout the universe. 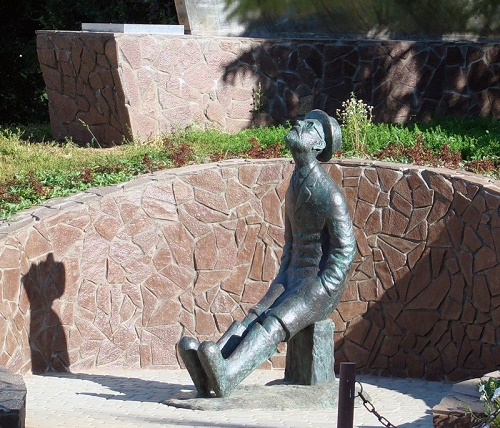 A monument to the founder of Russian astronautics Konstantin Tsiolkovsky. Borovsk (Kaluga region), where he started a scientific way of inventor 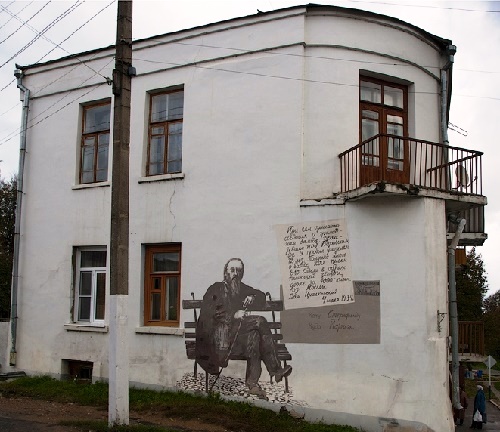 A house in Borovsk, Kaluga region. The image of Konstantin Tsiolkovsky painted on the wall 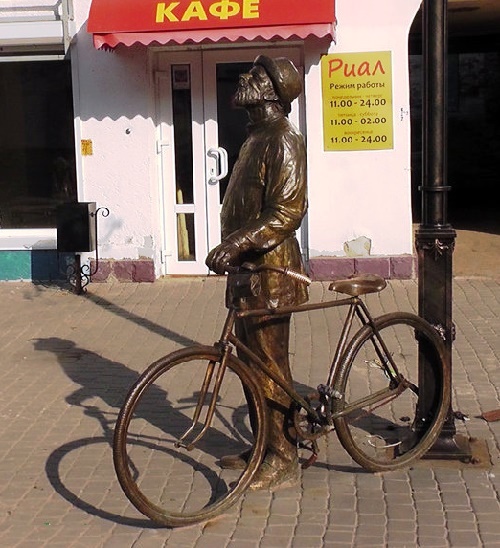 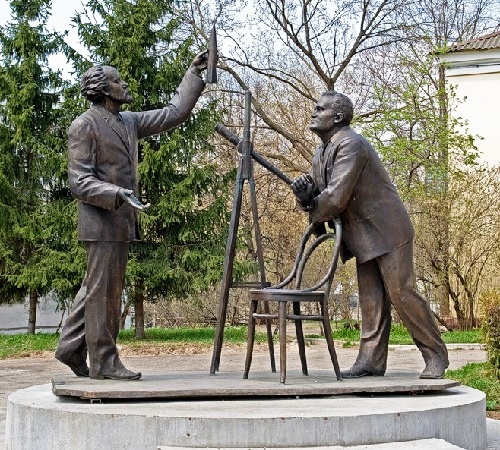 Korolev and Tsiolkovsky monument in Kaluga 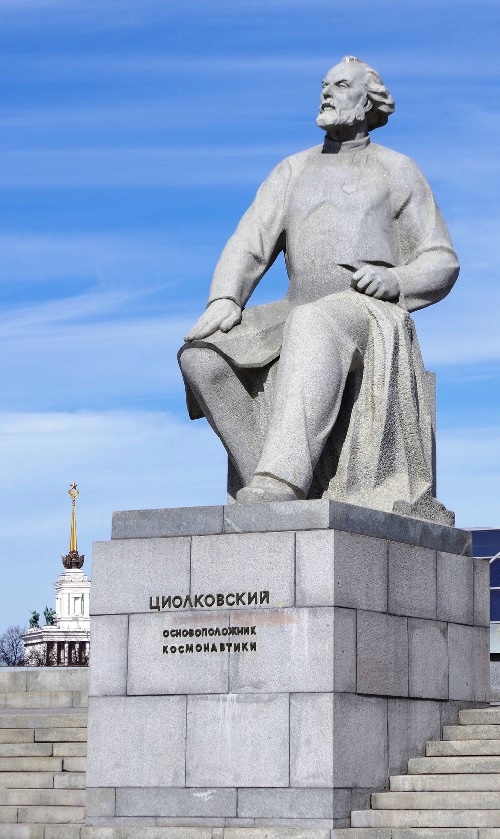 Moscow, Exhibition Center, Cosmonauts Alley, a monument to the founder of astronautics Tsiolkovsky 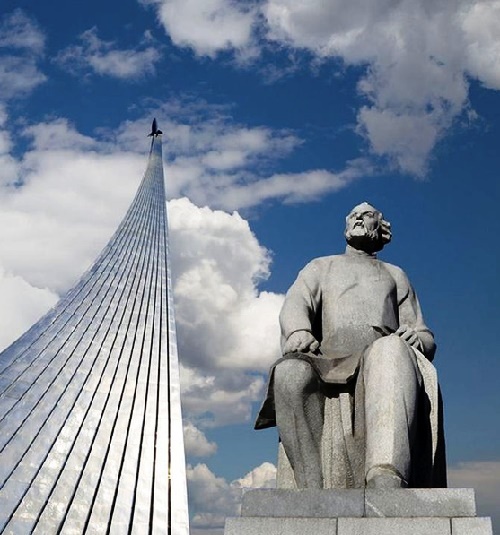 VDNKh, Cosmonauts Alley, a monument to the founder of astronautics Tsiolkovsky 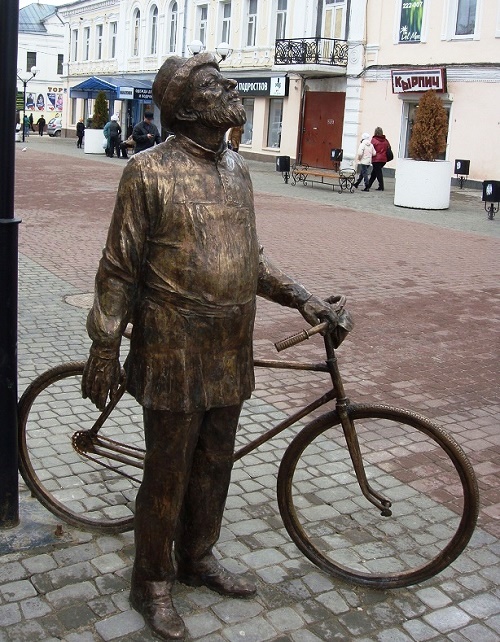 Commemorative coin of Bank of Russia, dedicated to the 150th anniversary of the birth of Konstantin Tsiolkovsky. 2 rubles, silver, 2007 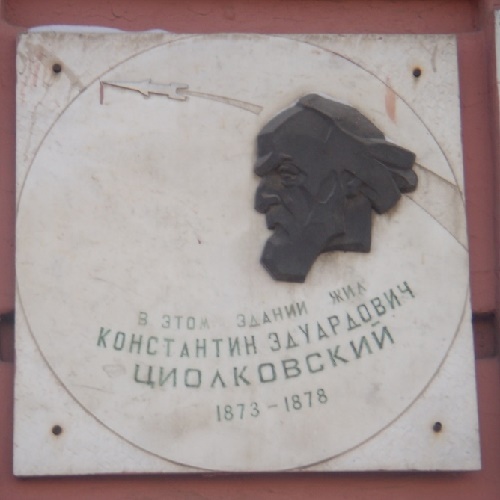 Memorial plaque dedicated to Tsiolkovsky on the building of the Museum of Konstantin Tsiolkovsky, Aviation and Astronautics in Kirov 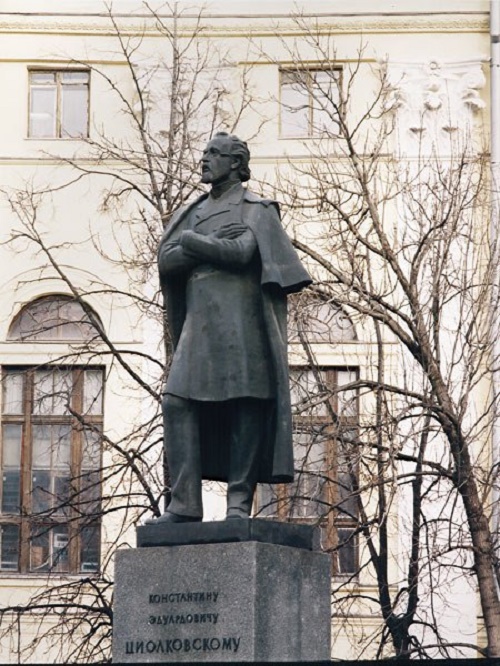 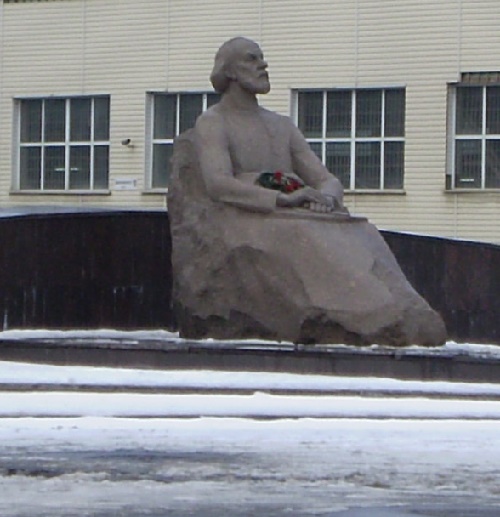 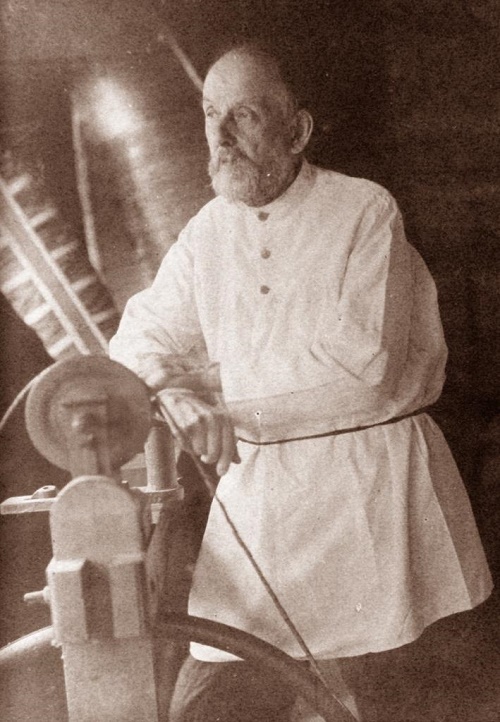 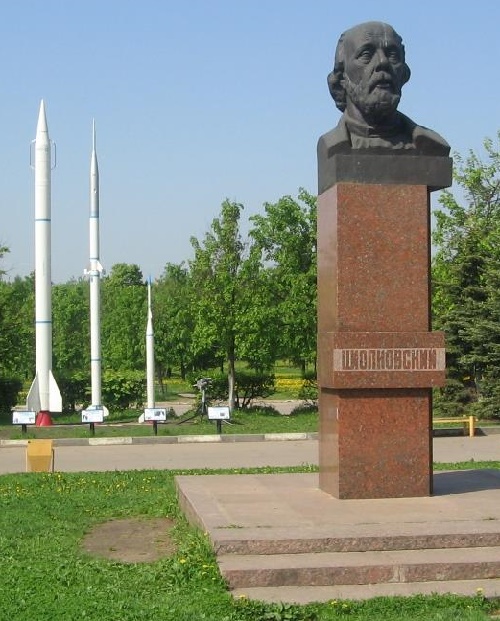 Work by sculptor Yuri Ivanov. Monument of Tsiolkovsky in the city of Dolgoprudny, Russia 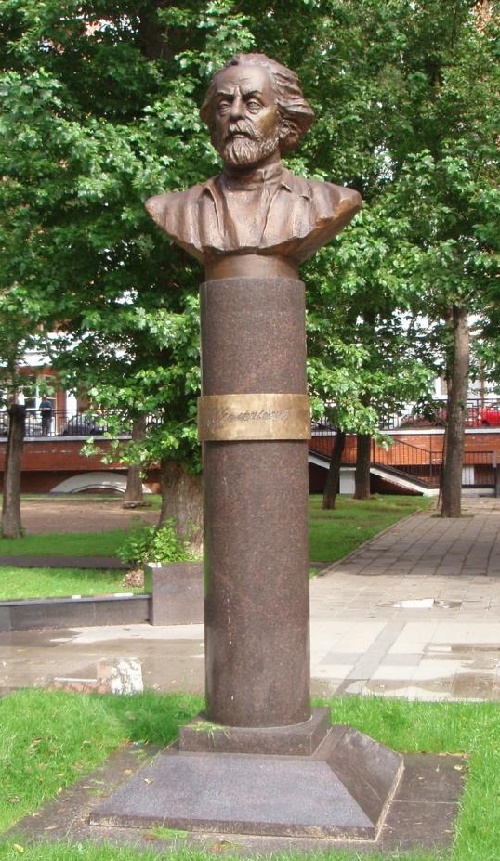 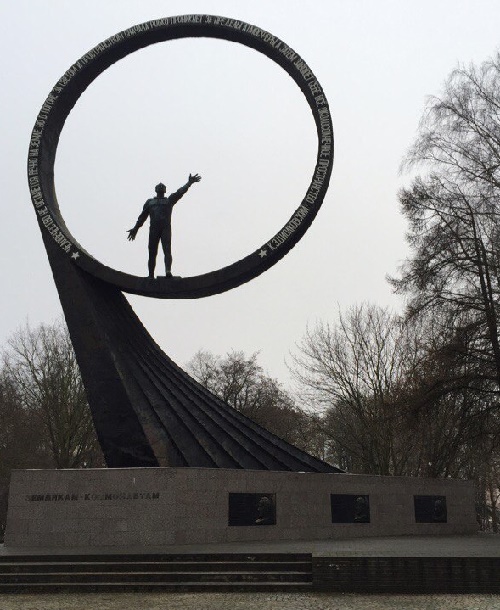 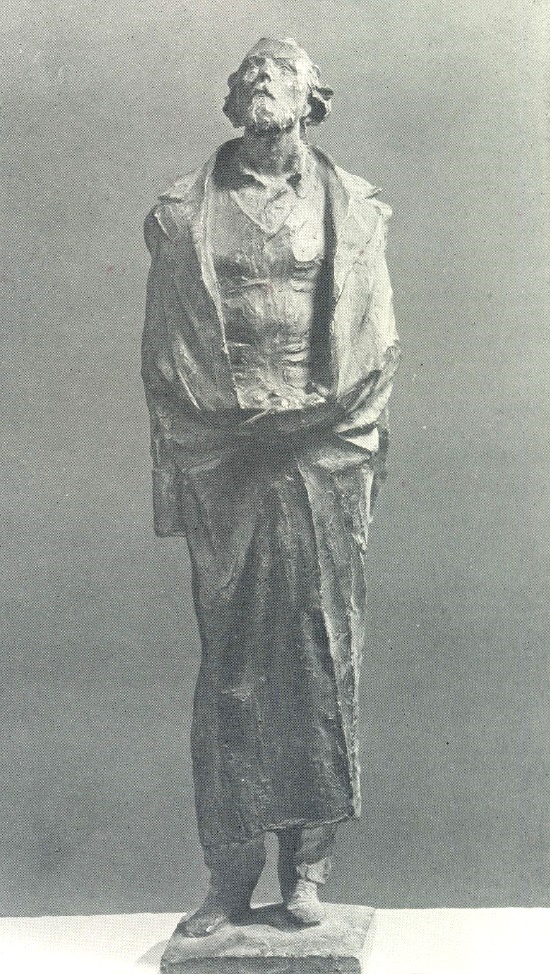