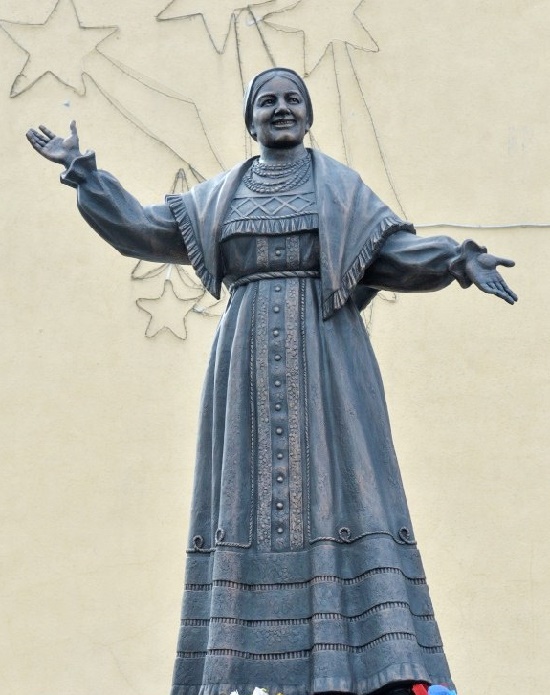 Russian singer Lidiya Ruslanova monument
Opened 3 April 2018 the monument decorates the square at the central entrance to the Saratov regional center of folk art named after Ruslanova. The bronze monument is a single-figure composition of the singer, which stands in a characteristic pose – at the time of performing a folk song. The author of the three-meter bronze sculpture is Honored Artist of Russia Andrei Shcherbakov. The sculptor portrayed the “Queen of Russian Song” at the time of his performance in front of the soldiers on the steps of the Reichstag shortly before the end of World War II. According to the biographers, the singer gave more than 1,100 concerts at the front. Ruslanova is famous for the songs “Steppe and Steppe around”, “Shining Month”, “Valenki” and “Katyusha”. On the monument, the inscription “Throw, throw me into the Volga-Mother, I will drown in it my sadness, my sadness.” 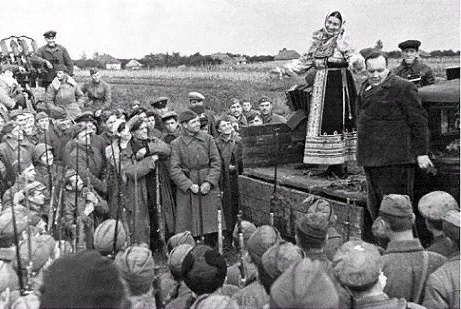 According to the biographers, Ruslanova gave more than 1,100 concerts at the front

“I was listening to the Moscow radio last night. A Russian woman sang. She sang in our way, in the Volga. And the voice itself is rustic. The song is over, I only then noticed that I am crying. I remembered all childhood. Who is she? Peasant woman, I guess. She sang very truthfully … “. (F. Chaliapin from emigration, 1942) 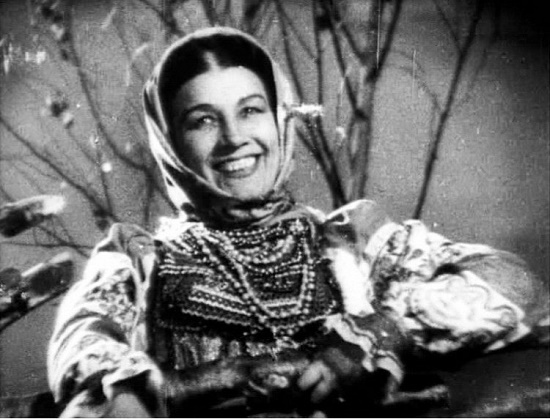 Orphaned at the age of 7, she got into a Saratov shelter at the church. Noteworthy, the girl had to change her name to Lydia Ruslanova (since peasant children were not taken to this shelter). There she immediately became a soloist of the church choir.

At the end of the orphanage school, a hard life and work in a furniture factory awaited Ruslanova. But soon she came to the Saratov Conservatory, where she studied for 2 years. She was expected to have an opera career, but she decided that she would perform folk songs.

In 1916, Lydia Ruslanova went to the front as a sister of mercy and served on the sanitary train. And in 1917 her first official concert took place on the stage of the Saratov Opera Theater. Then Ruslanova toured a lot until in 1924 she became a soloist in the Central House of the Red Army. And here she received national fame. 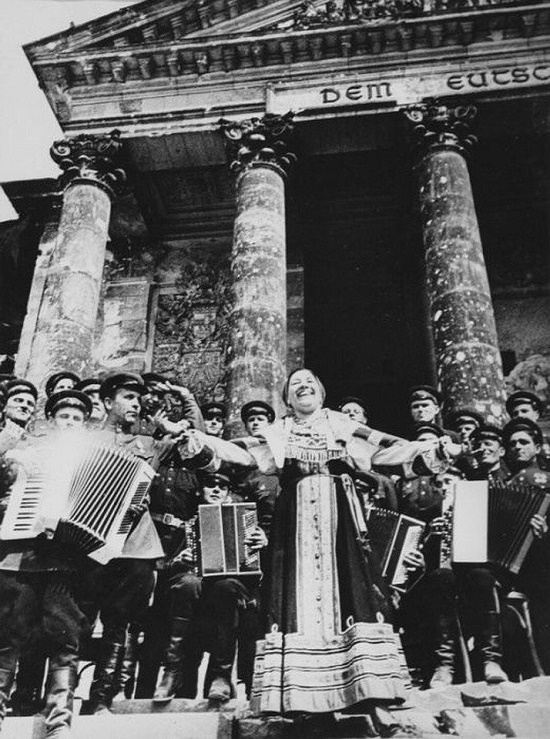 Soviet Russian singer Lydia Ruslanova performs Katyusha on the steps of the Reichstag, May 1945

When the Great Patriotic War began, Lidia Ruslanova joined the very first front-line brigade. She sang on the front line in military field hospitals in besieged Leningrad and reached Berlin with songs. On the ruins of the Reichstag, she performed the famous “Valenki” and sang it many times in a row, as the audience demanded.

On the steps of the Reichstag, May 1945, Lidiya Ruslanova

Lydia Andreyevna Ruslanova died on September 21, 1973 from a heart attack. Fortunately, she leaft a magnificent legacy – her unique song art and her amazing voice, preserved in the recordings. 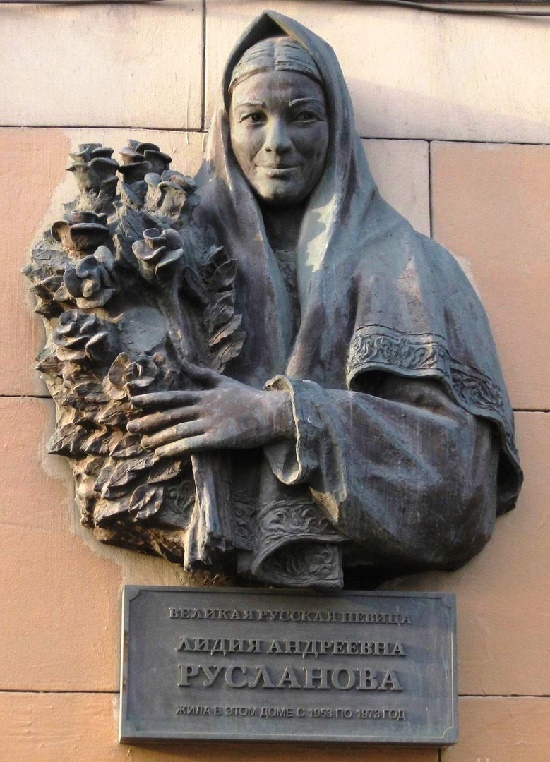 A memorial plaque opened in 2001 on the house on Leningradsky Avenue, where Ruslanova lived the last twenty years (sculptor S.A. Shcherbakov) 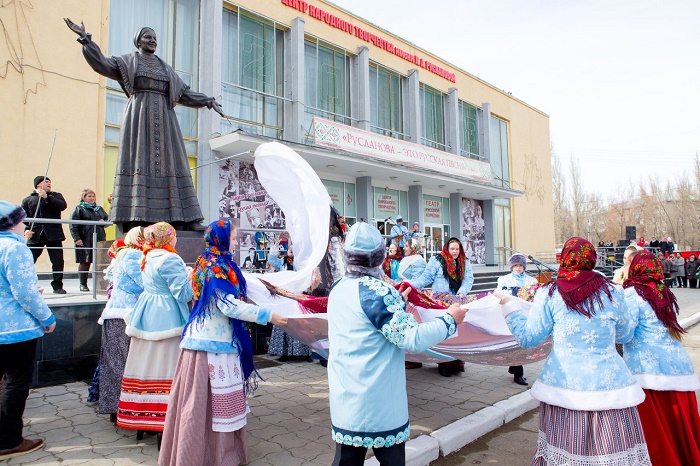 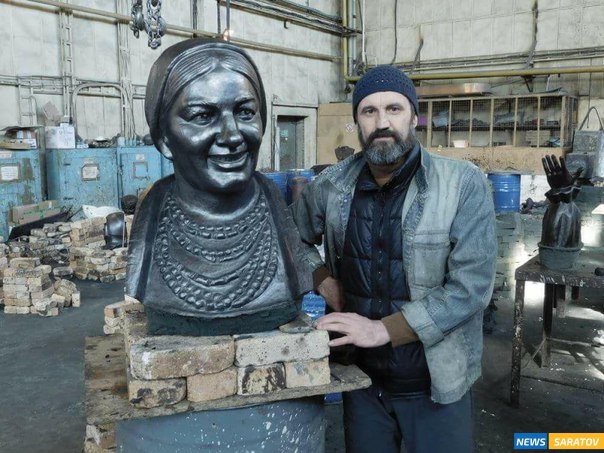 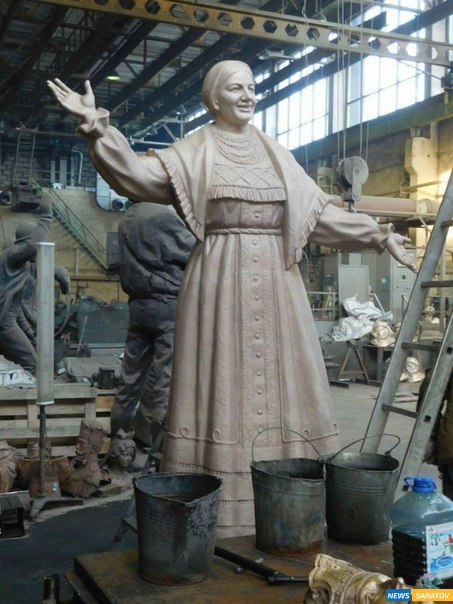 In the workshop, creating the monument 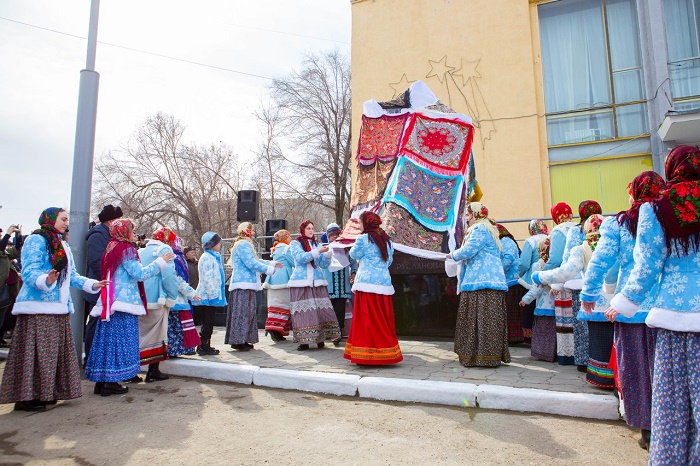 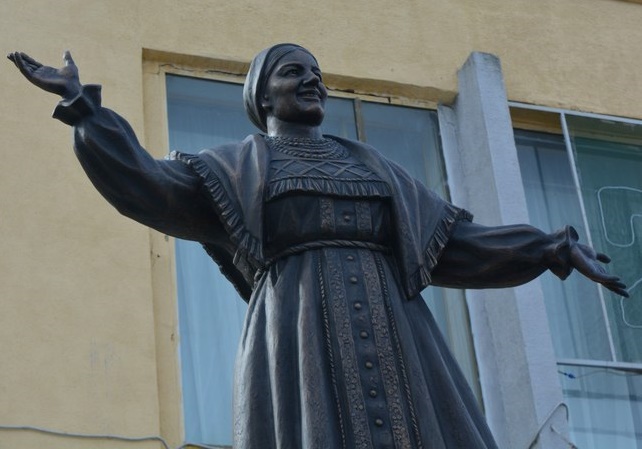 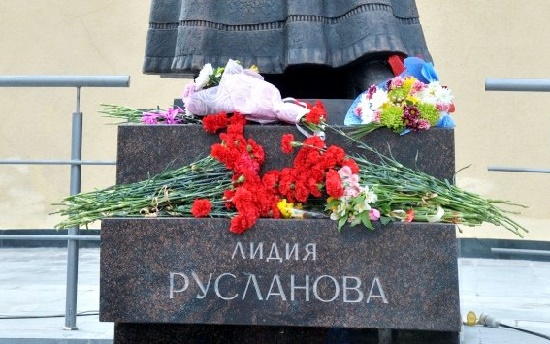