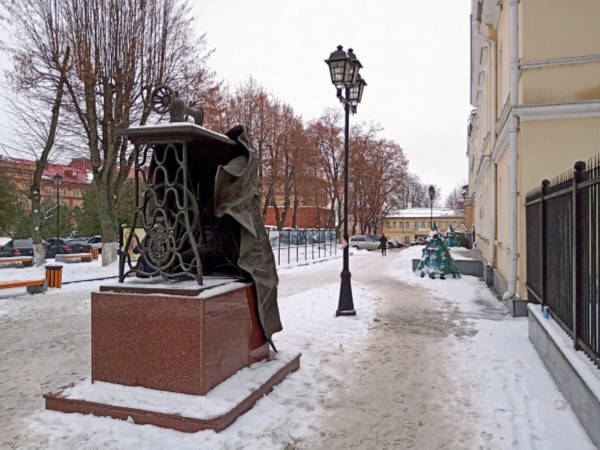 Monument to the sewing machine in Podolsk. The history of the Singer plant

It is one of the most recognizable symbols of Podolsk. The creator of the monument, sculptor Alexander Alexandrovich Rozhnikov, embodied in bronze the image of a working Singer sewing machine, which sews a canvas with a historical map of the city. The machine is located on a pedestal faced with red granite tiles.

The embroidered canvas contains streets and squares of the city, and also depicts the famous sights of Podolsk: a monument to Catherine II, domes of churches, a historical overpass over the railway, a humpback bridge over Pakhra, the first trolleybus, Zinger factory workshops, a monument to Podolsk cadets, new buildings. All images on the map are volumetric. The height of the monument is 3.5 meters. 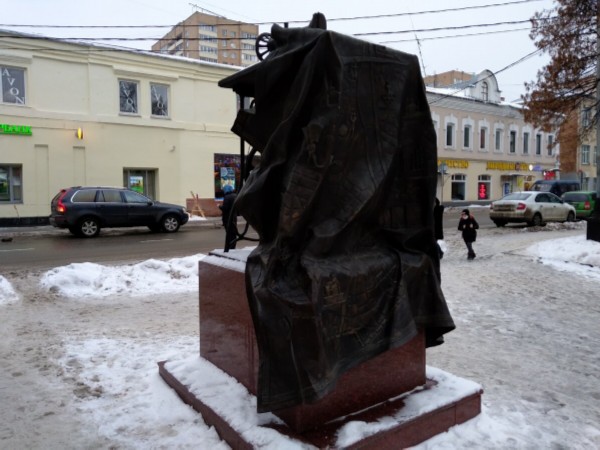 Monument to Alexander Rozhnikov “Singer” sewing machine is itself a part of the history of Podolsk.

The company “Singer” for its quality of products was the “Supplier of the Court of His Imperial Majesty”. This led to the suspension of the main production. The number of workers has decreased several times. The plant began to produce pans, cast iron, and irons. In 1924, the first Soviet typewriters began to be produced under the brand name “Gosshveimashina”. And a year later, the volume of production increased 4 times.

Since 1928, the Podolsk machine has become completely domestic.

It was a watershed year for the plant. Before that, 75% of the parts were imported. In 1932, a foundry was commissioned on the territory of the plant (36 tons of pig iron per year) the largest in Europe. It was decided to rename the plant to Podolsk Mechanical (PMZ). Then the plant was renamed again, it became known as the sewing machine plant. Kalinin. The plant had a full production cycle. It was the only plant in the USSR of this profile. In 1935, on behalf of the People’s Commissar of Heavy Industry Sergo Ordzhonikidze, the plant began to produce motorcycles PMZ A 750.

The 1941 war forced to rebuild production for a while they produced hulls of mines, shells, land mines, aerial bombs. In the fall of 1941, a regiment, formed from the workers of the plant, went to the front (about 20 thousand people worked at the plant). Whole dynasties, several generations of workers, engineers and designers worked at the plant in the post-war period and before “perestroika”.

In 1995, the name of the plant was returned to the Singer, then on the basis of the sales department was created “Trading House Singer”, then “Zinger-Podolsk”, and now “Trading House ZIGZAG”.

Now the factory workshops are rented by various enterprises that have nothing to do with sewing machines, and the Singer Trading House sells imported machines. 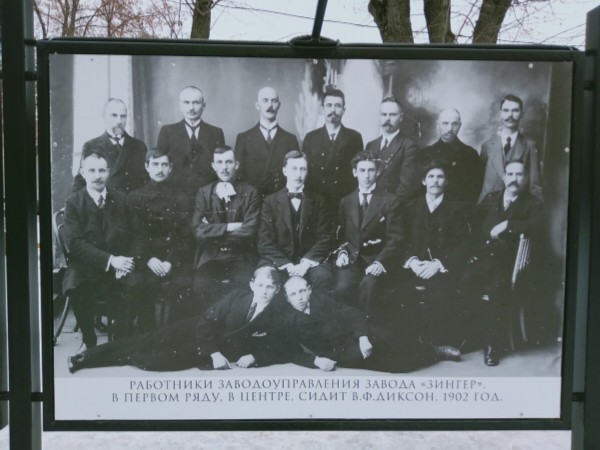 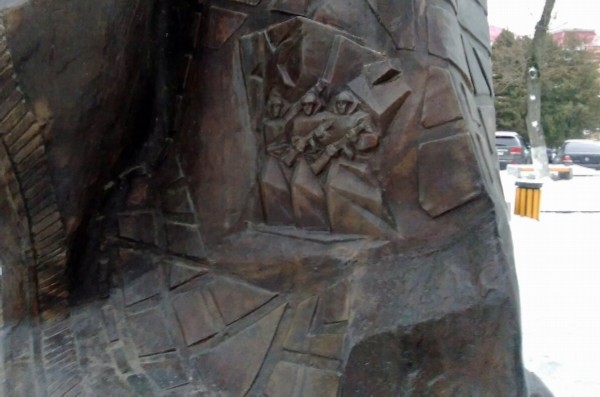 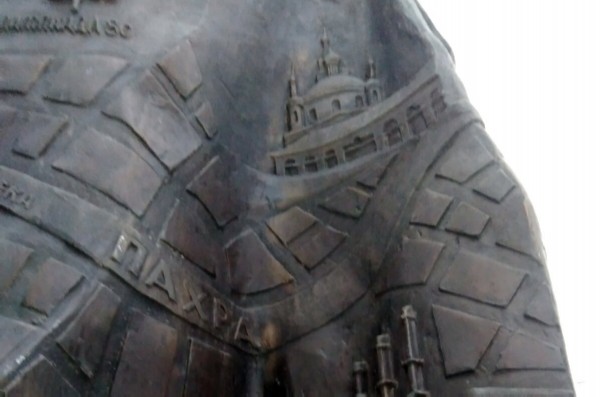