Stele in honor of the 400th anniversary of the victory of the People’s Militia in Moscow, Rostokino

In the northeast of Moscow, in a park near the Rostokinsky aqueduct on November 4, 2012, a stele was erected in honor of the 400th anniversary of the victory of the People’s Militia under the leadership of K.M. Minin and D.M. Pozharsky. The place for the installation of the monument was not chosen by chance. It was here, at the Rostokinskaya Gorka at the intersection of the Yauza River and the Troitskaya road (now it is Prospekt Mira), in 1612, that the Travel Camp of the People’s Militia regiments was located. 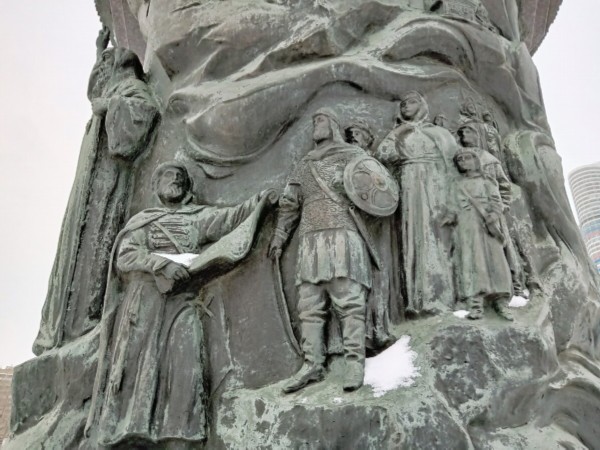 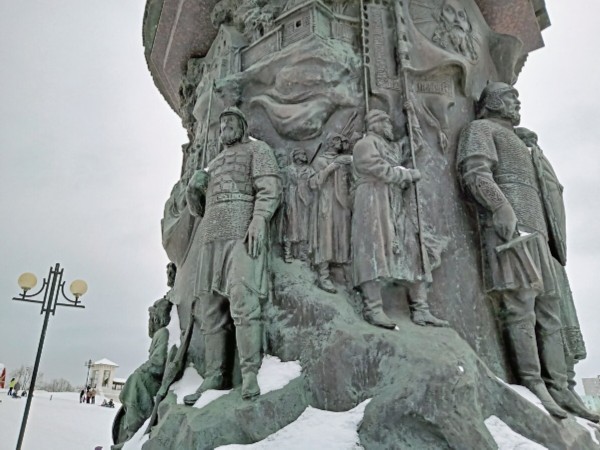 From this place, the army moved to storm Kitai-Gorod, as a result of which Moscow was liberated from the Polish-Lithuanian invaders. The Time of Troubles (1565-1612) in the history of Russia is a deep economic, social and foreign policy crisis of the late 16th early 17th centuries. The reasons for the Troubles were rooted in the desire to suppress the Rurik dynasty. The time has come for reignslessness, imposture, civil war and intervention. The interference of neighboring states in the affairs of the Muscovy led to the appearance on the Russian throne of adventurers and impostors False Dmitry I (Grigory Otrepiev), False Dmitry II (Tushinsky thief), False Dmitry III (Sidorka), claims to power of the Cossacks, fugitive peasants and slaves, which manifested itself in peasant war (I. Bolotnikov).

By 1611, patriotic calls for the restoration of unity in the country intensified.

Moscow Patriarch Germogen and Prince Dmitry Timofeevich Trubetskoy became the center of attraction for patriotic forces. The First Zemstvo Militia was formed. But they failed to free Moscow. In the poem by V. Chufarin (1897) “Minin and Pozharsky” there is such an appeal by Kozma Minin to the people: the enemy commands, and all the people in times of trouble involuntarily swears allegiance to the enemy. One fearless Hermogenes He sends the command: “Do not give Russia to the enemies to Moscow, lead the militia.”

In Nizhny Novgorod and Yaroslavl, Kozma Minich was gathering the army, Minin Sukhoruk. He was a merchant by birth. In Nizhny Novgorod, he took up the meat trade and achieved great success. Local residents chose him as Zemsky headman in 1611. Minin felt responsible for the fate of the country and decided to raise funds for the creation of the People’s Militia. For example, Kozma gave a third of his fortune to a good tree. Minin received the special rank “elected man of the whole earth.” He was also engaged in diplomatic activities, negotiated unity of action with the leaders of the Cossacks and the South Russian nobility. Soon significant funds were collected, which made it possible to collect a ten thousandth army, well armed and trained.

At the head of the Second Militia was Prince Dmitry Mikhailovich Pozharsky, who was being treated for wounds at that time in his estate Mugreev. The people said about him: “The husband is honest, who cares for the custom, which is skilled in such a matter and which did not appear in treason.” Pozharsky, in his person, then combined all the supreme power of Russia.

In memory of these events, a new public holiday was established in Russia in 2004 National Unity Day. The monument in honor of the 400th anniversary of the victory of the people’s militia is clearly visible from Prospekt Mira and is an eight-meter stele a tent-shaped column, crowned with a two-headed eagle.

In the lower part of the stele there are relief images of the events of 1612 along the circumference. Here you can see Minin and Pozharsky, the tents of the Russian troops near the Yauza, a march of militia soldiers, the walls of the Kremlin, Patriarch Hermogenes.

The project of the stele belongs to the creative team led by People’s Artist of Russia Andrei Kovalchuk. Also, for the significant date, a silver coin of 100 rubles was issued by the Bank of Russia.