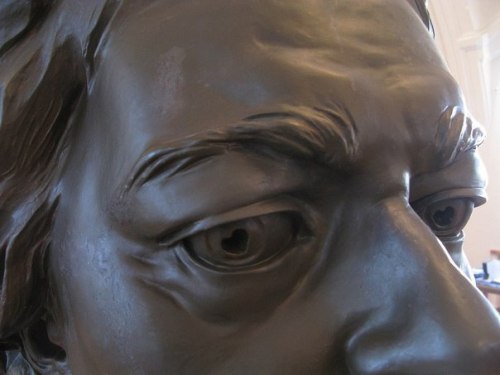 Masterpiece by French sculptor Etienne Maurice Falconet Bronze Horseman has become the most mysterious symbol of Saint Petersburg. Few people know that one of the most romantic symbols of the city – the Bronze Horseman is looking at the city with loving eyes, literally: each of his pupils made in the shape of a heart. The equestrian statue of the founder of St. Petersburg Peter the Great performed the French sculptor Etienne Falconet in 1768-1770 by order of Empress Catherine the Great. However, the head of the sculpture made his pupil – sculptor Marie-Anne Collot. The peculiarity of her creation was the fact that Peter’s pupils were made in the shape of hearts. There is a legend that the sculptor wanted to confess her love to the already middle-aged teacher. 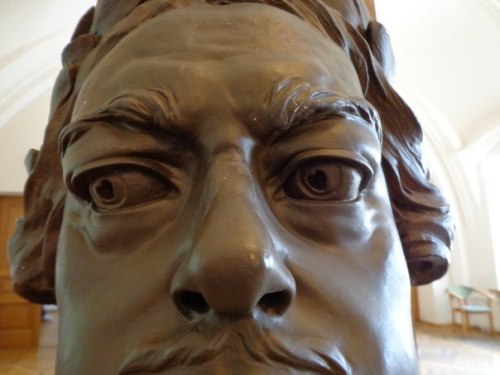 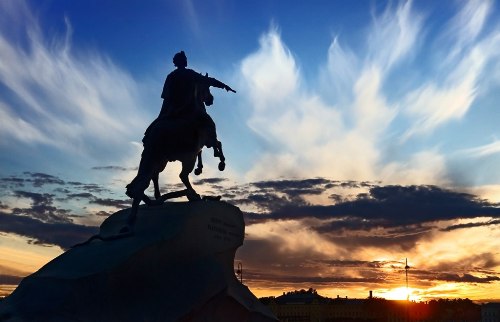 It is said that in the city of Peter the talent of artists increases. In the case of the sculptor Falcone, who has created the world’s best equestrian statue, it is undoubted. He succeeded in brilliantly embody the idea of the Petrine reforms. The Bronze Horseman is not just a monument to Peter the Great, but the symbol of a new, resurgent Russia. 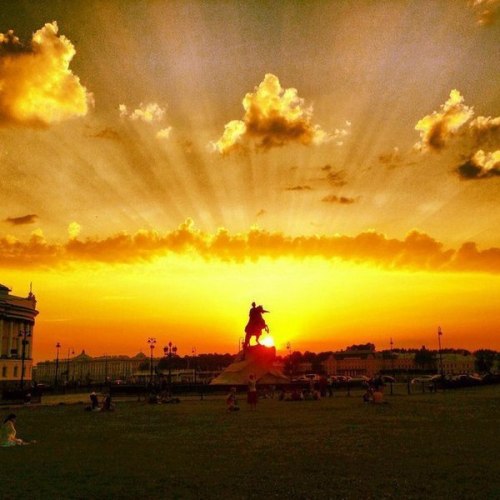 Bronze Horseman monument at the sunset

There is another legend connected with the monument, the motives of which even became the basis of Pushkin’s poem “The Bronze Horseman”. In 1812, when there was a rumor that Napoleon wanted to attack Petersburg – the capital of the Russian Empire, Alexander I ordered take the Bronze Horseman out for the safety, to a suburb. The order reached the certain major Baturin, who late at night had a dream in which the figure of Peter I moved from the pedestal and went to the palace of Alexander I. Found the emperor in one of the halls, the animated sculpture appealed to the Emperor with the words: “what have you done with my Russia? While I stand in my place, this city have nothing to fear!”. Terrified, the major came the next day to the king, told him about the dream, and Alexander overturned the decision on the evacuation of the monument. 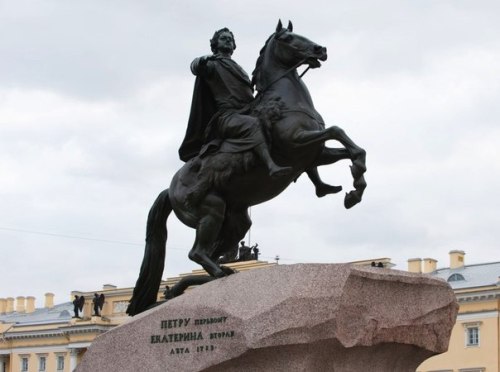 The decision to perpetuate the memory of Peter the Great, founder of St. Petersburg, the Empress Catherine II took soon after her accession to the throne. To implement the idea was chosen the French sculptor Etienne-Maurice Falconet. The 50 year-old sculptor was famous for his work in the genre, and a small plastic easel. Falcone was determined, he agreed to all conditions, even demanded to reduce the payment, in gratitude for given work. 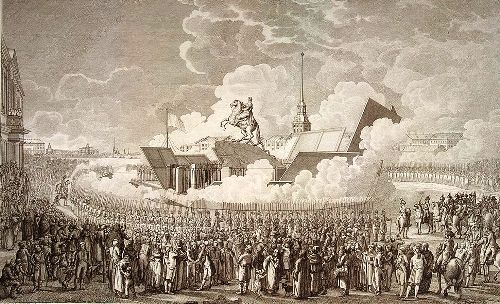 Opening of the monument to Peter the Great. Engraving by AK Melnikov, drawing by A.P. Davydov, 1782

The opening of the monument to Peter I on the day of the century of his accession to the throne, August 7, 1782, was one of the greatest events in the history of St. Petersburg. The sound of the orchestra and cannon firing collapsed plywood panels, revealing to the eyes of the audience a brilliant creation of Falcone. But the Creator of the bronze horseman was not present — was not invited. The court pretended that he does not exist. 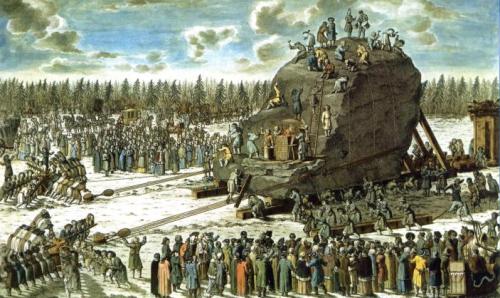 Thunder-stone pedestal was found near the village of Konnaya Lakhta. After it was removed from the land, the water filled pit, and formed a body of water that has been preserved so far – Petrovsky pond. In its original form, the stone weighed about 2,000 tons. 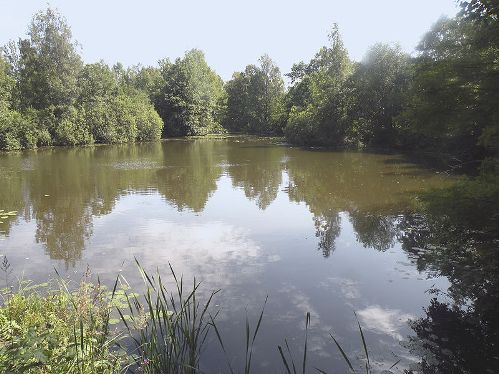 Peter Pond, emerged after the withdrawal of the Thunder-stone