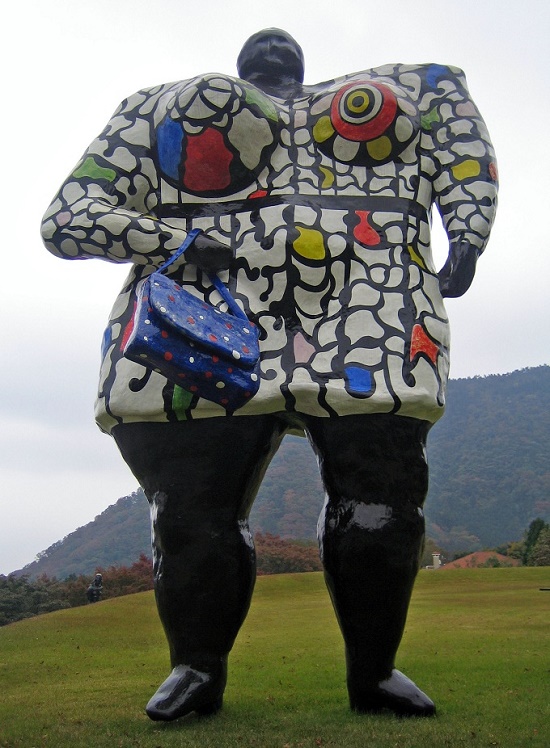 One of the favorite places of pilgrimage of every Japanese is the settlement of Hakone. It is here, in the shadow of the majestic Fujiyama, appeared the first open-air museum in Japan in 1969. From the very beginning the park was conceived as a mixture of different cultures and eras: from ancient art to modern Japanese sculpture. Once, the eldest daughter of Pablo Picasso chose a small Japanese village to give the owners of the park a large collection of works of her famous father. Later, an extensive collection of works by Henry Moore was added.
Meanwhile, The Picasso indoor pavilion is the only “serious” institution in the park. All the rest is a farce, a comedy played by local nature before passers-by, involving unexpected art objects in their game. Making fun of random passers-by, thickets of bushes can instantly turn out to be the huge head of an ancient god. How did it find itself here, far from his native Athens? But instead of answering, the giant head only smiles mysteriously. 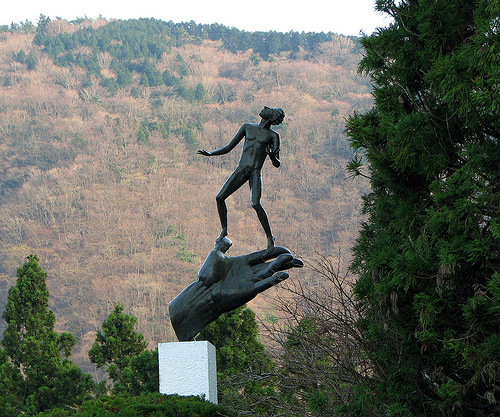 It seems that the hilarious inhabitants of Hakone do not know the limits. A shiver picks up when, for example, a corpse of a person meets on the way. The figure spread on the grass lies on the edge, not covered by trees or bushes. The feeling of confusion replaces a tense grin when it turns out that this is just a sculpture by Henry Moore, which has found a very unusual use.

Everything here as if turned upside down: while the sculptures of Henry Moore are randomly “lying around” on the ground, on the pedestal is a giant sculpture of the hand from the movie “Zombie named Sean”, created specifically for this park by director Edgar Wright.

But if the visitor is still interested in Japanese sculpture, then he needs to go straight to the playground. The authors of the park left to compatriots only this territory. It is not surprising that on the playground there are mainly children, as well as their parents. However, instead of boring swings or Swedish walls – a multicolored tunnel from the grid, suspended from the ceiling, or a rainbow labyrinth of geometric figures, or a wooden nest with various attractions.

Traditionally, the atmosphere in the park causes a storm of positive emotions among the visitors. Some laugh, others scramble around the sculptures, the rest do not get out of the local cafes, where you can try the cuisine of different nations of the world. Visitors are funny and fun, but in fact, ironically, the experienced designers and art historians did a great work. Disorderly at first glance, the location of sculptures is, in fact, subject to a strict hierarchy. The main thing in the park is harmony with the environment. And to achieve this harmony, according to the authors of the park, you can only one way – meditation. Therefore, in the center of the park there is a steam bath for the feet. Any Japanese is ready to make a long way to the park in Hakone, to give tired feet rest in a hot mountain spring and through unity with nature to finally know the truth. 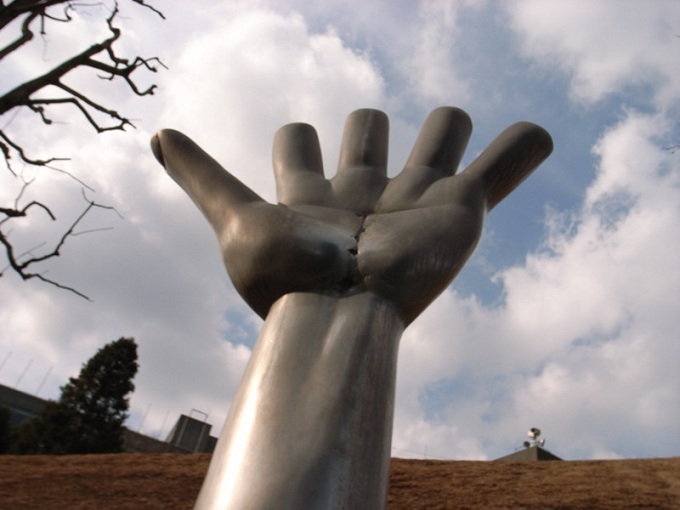 A giant sculpture of the hand by Edgar Wright 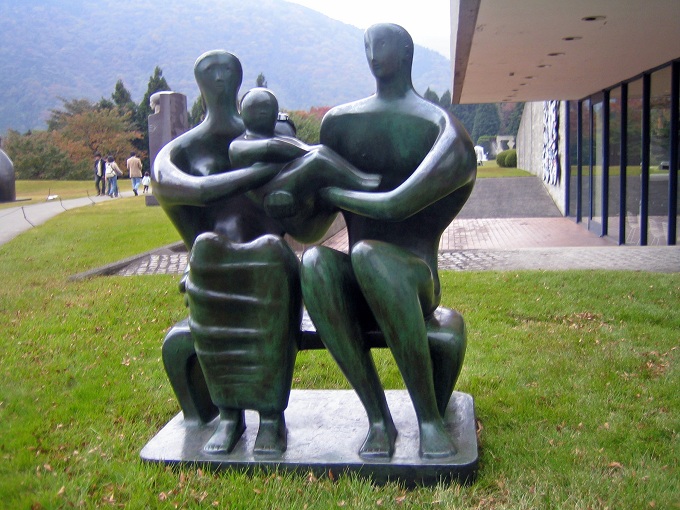 A happy family of three 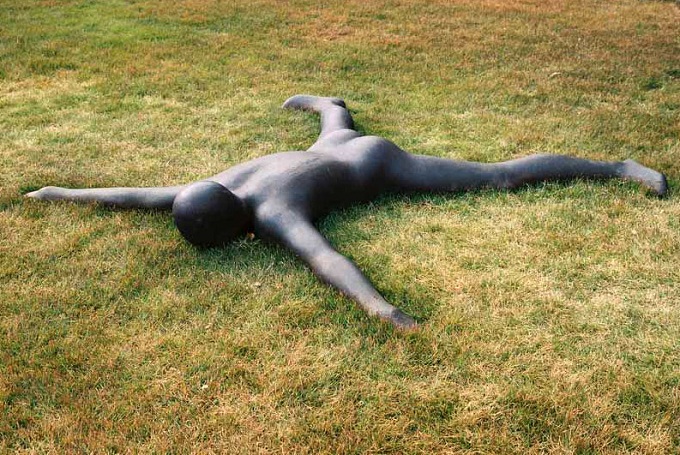 A hilarious inhabitant of Hakone – sculpture by Henry Moore 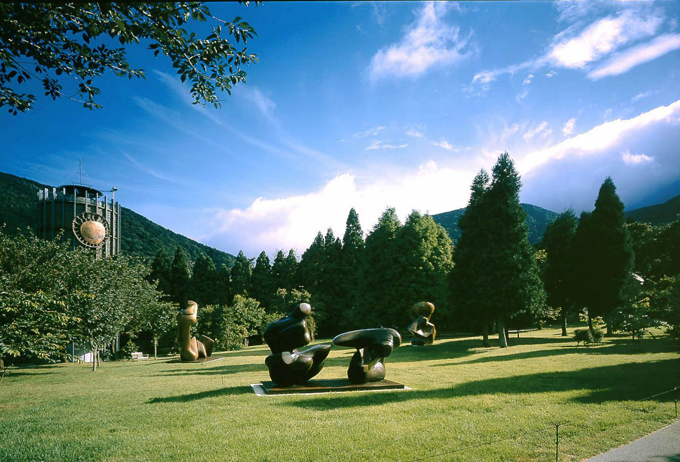 Abstract sculptures decorate the perimeter of the park 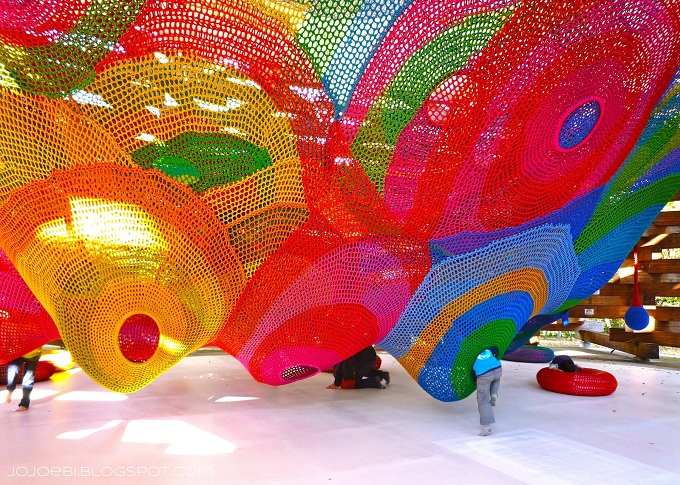 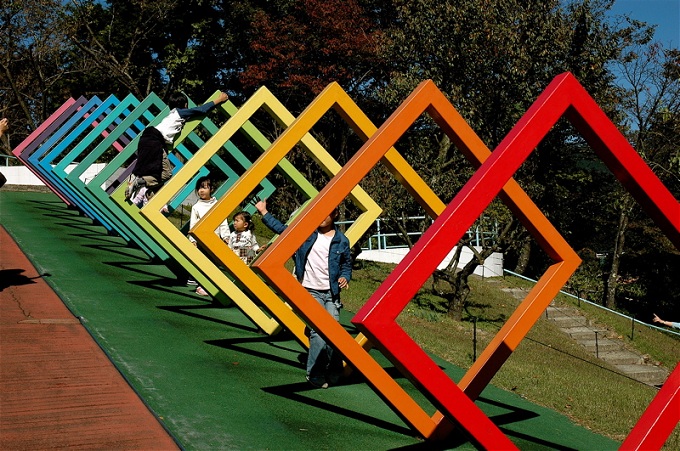 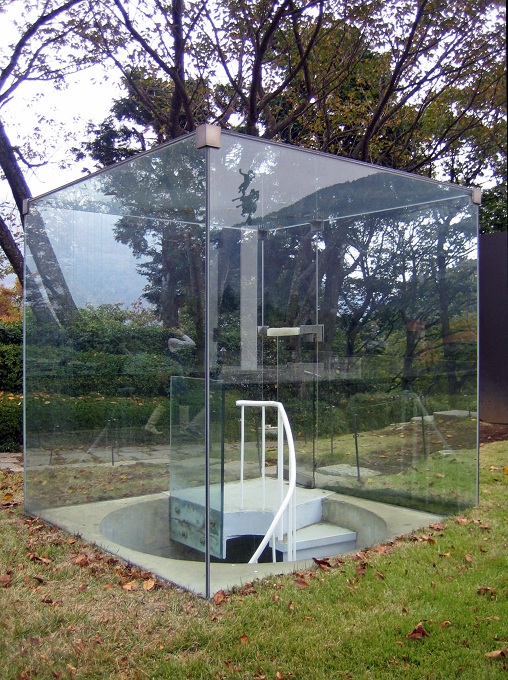 Entrance to the underground tunnel – in a glass case 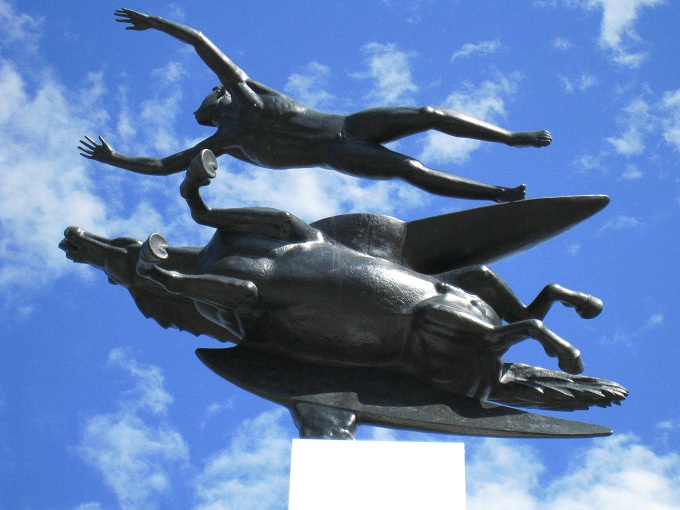 Flying Pegasus over the Entrance to the underground tunnel 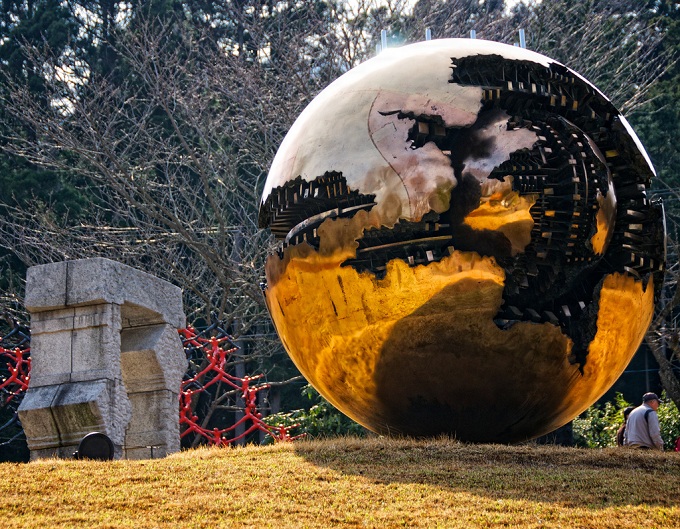 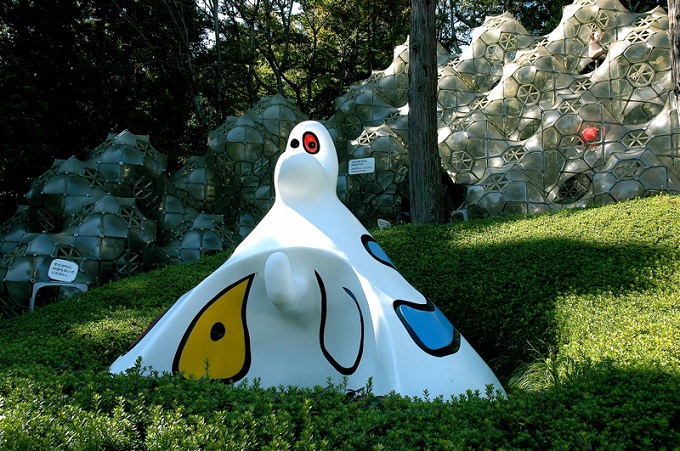 Meanwhile, the atmosphere in the park causes a storm of positive emotions among the visitors, enjoying various sculptures 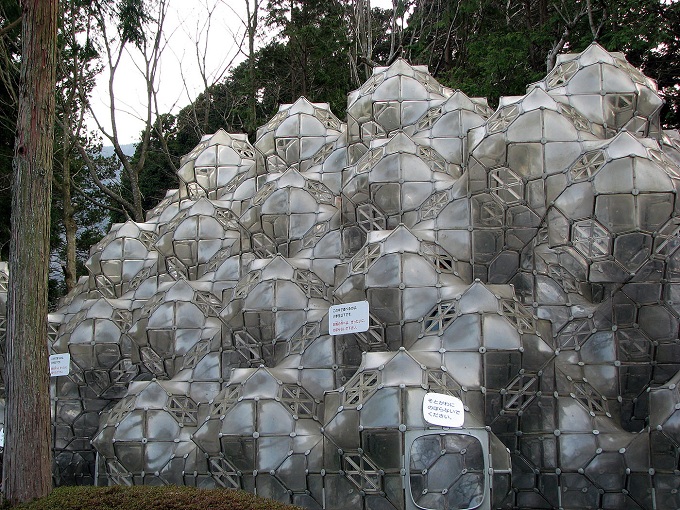 Seemingly strange geometric construction harmoniously gets along with nature 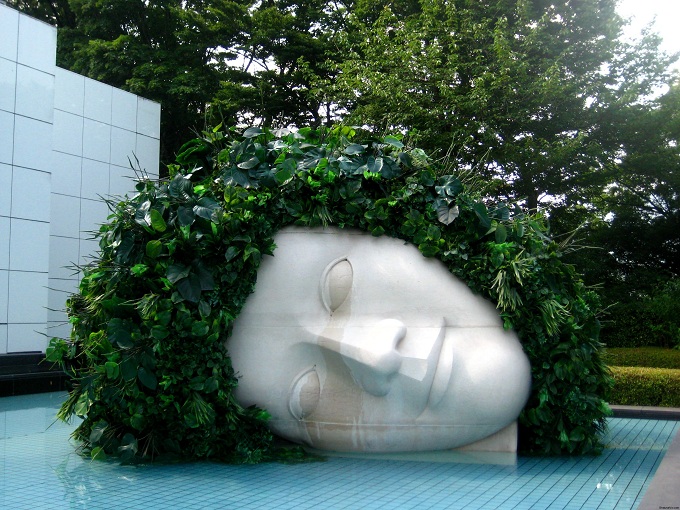 Stone labyrinth, the walls of which – covered with green grass 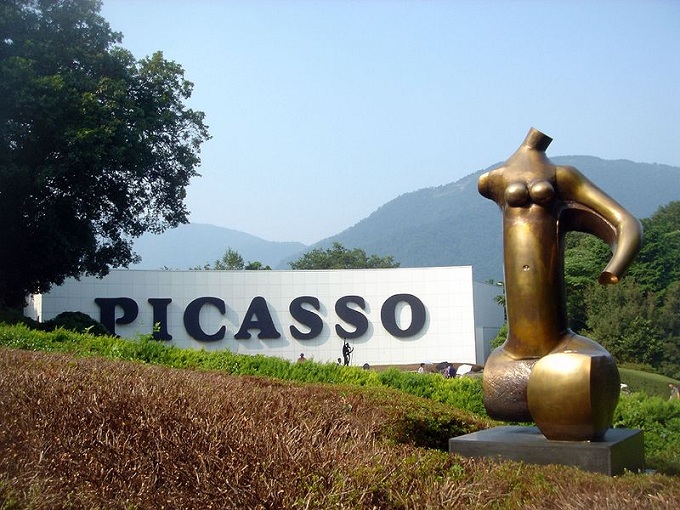