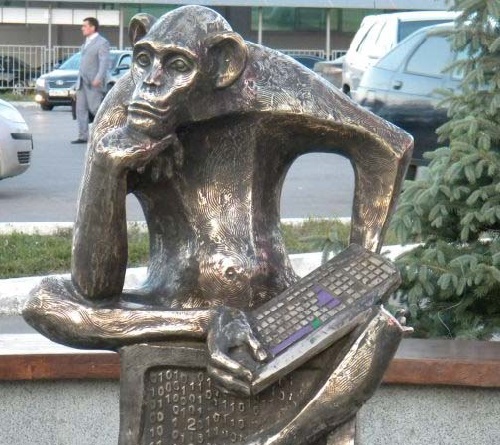 Located on highway Internet user monument in Samara is, in fact, a sculpture of a monkey sitting on a monitor and holding a keyboard in its hand. According to authors of the monument, thoughtful ape is the symbol of development and a flexible mind that easily grasps new technologies. And of course, you can and should make a wish. Type your desire on the keyboard and it will come true! By the way, no letters – so that the desire can be typed in any language. However, according to locals, the monument depicts all operators and system administrators. Meanwhile, the monument appeared 10 September 2010 in the framework of the project “Megaphone gives a legend”. The mobile operator decided to refine Samara and the project conceived five monuments. Among them – monuments to the elephant, crocodile, telephone and now – a monkey. The sculptor who created this monument – Nikolay Kuklev. 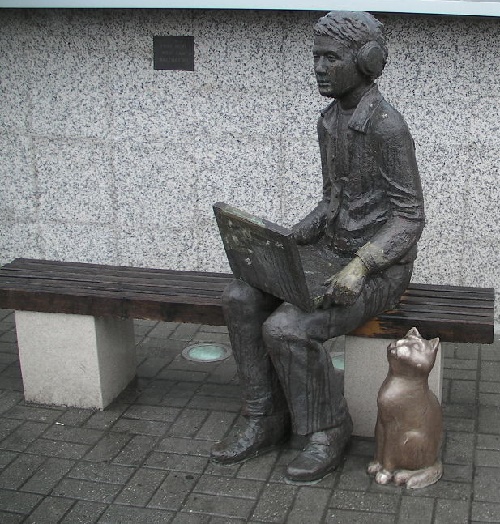 Meanwhile, monuments and sculptural compositions to Internet users, computers and programmers appear in other cities in Russia. In particular, 7 September 2010 in Kaliningrad. It depicts a young man with a laptop and headphones sitting on a bench, and next to him – a well-fed cat. The sculpture was created by a creative group led by Oleg Salnikov. And, in their opinion, should embody the modern Internet community as part of the historical path of development of telecommunications. So, the guy sat down on the bench, opened the laptop and communicates with someone on Skype. Interestingly, this is not far from reality: around the monument is a free Wi-Fi zone, as evidenced by the sign behind him. This sign on a big stone represents the logo of one of the browsers – Internet Explorer.

Of course, in addition to photographing, people use to rub the cat, making a wish. However, few people know that opposite the monument is a web camera, and the image can be watched around the clock via the Internet. So, the user sitting on the bench can look at himself or send greetings to friends in on-line mode. 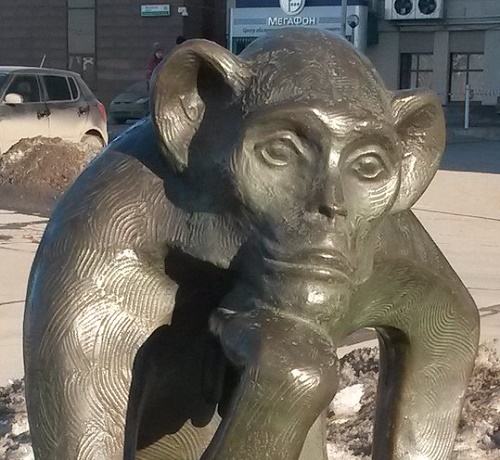 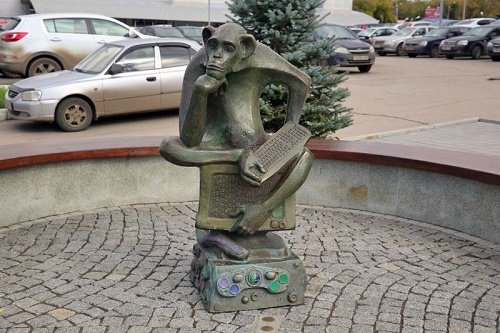 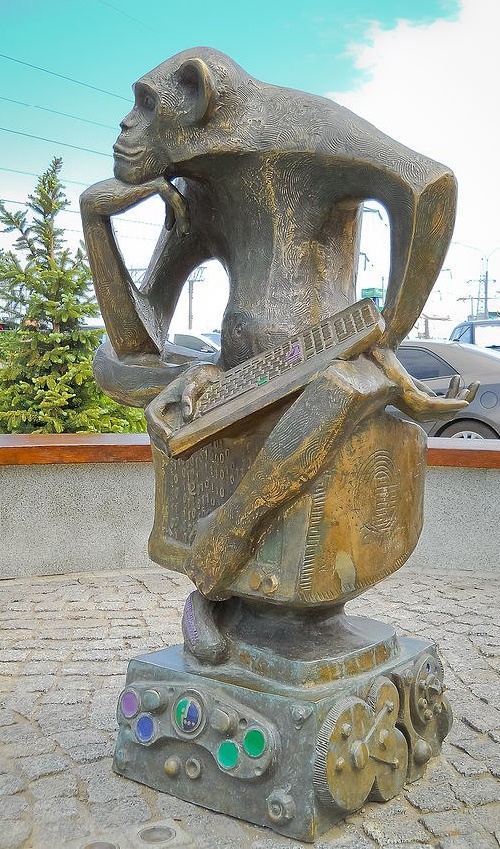 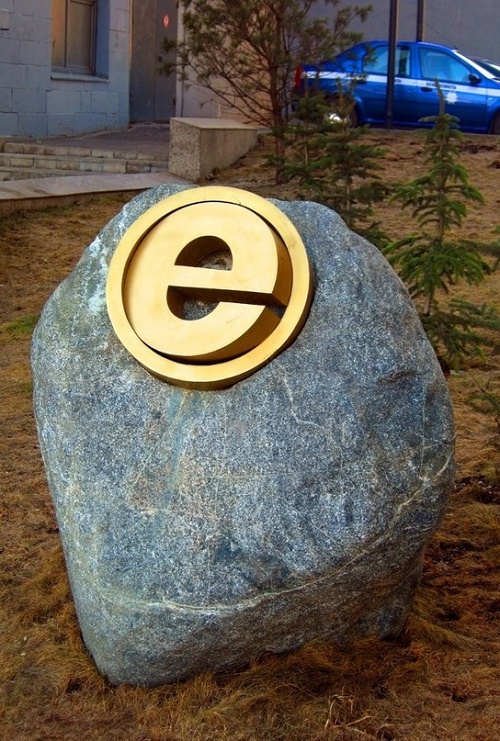 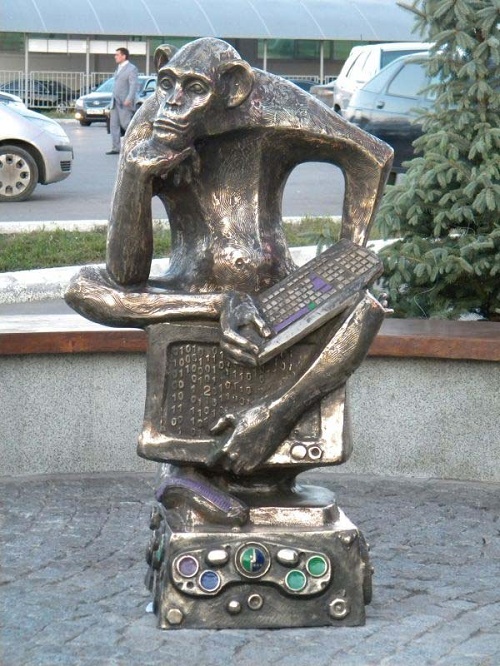 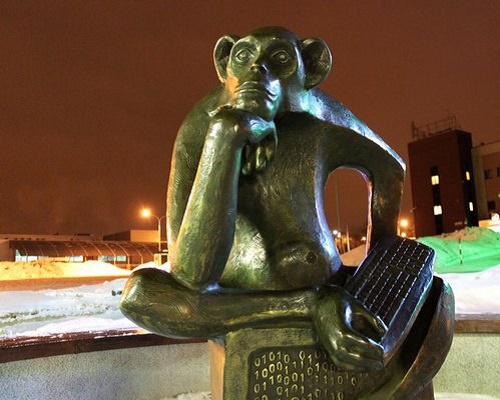 Night view of the monument 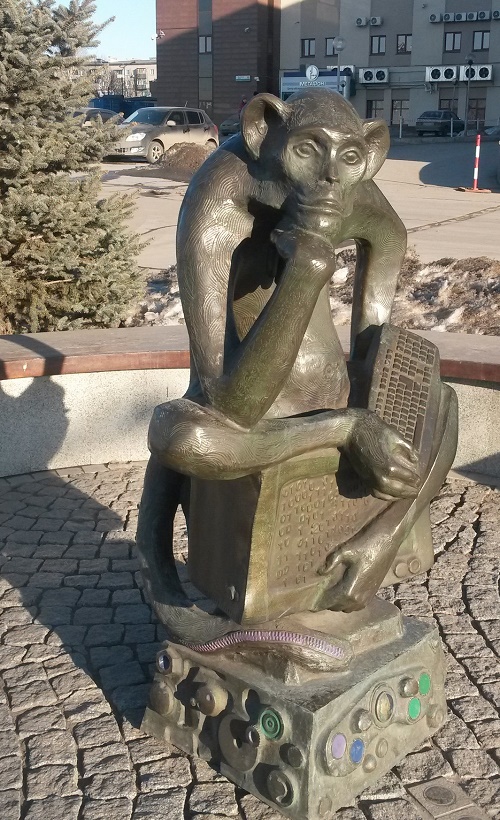