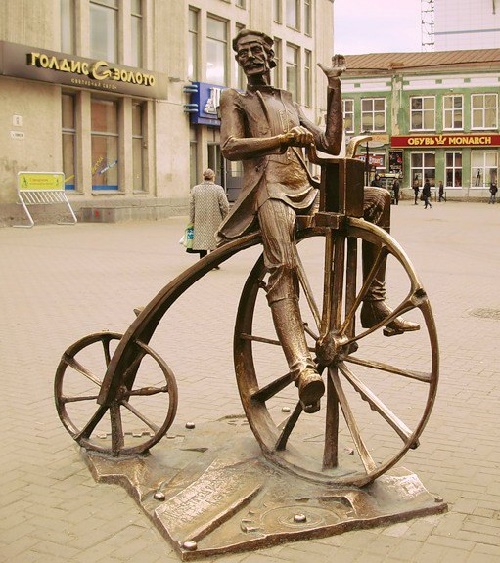 Yekaterinburg. Monument to the inventor of the bicycle Yefim Artamonov. History behind bicycle monument

Noteworthy, the first bicycle with pedals and steering was built in Russia by the serf smith Artamonov. Then, the first cyclist came from Verkhoturye of the Urals to Moscow. A crowd of people gathered at the Khodynka Field watching in amazement at two-wheeled cart of Artamonov. That’s why that distant now day – September 15, 1801 is considered the “birthday” of the bicycle.
According to the Russians, the inventor of the world’s first two-wheeled bicycle was the Ural serf smith Yefim Mikheevich Artamonov. He worked at Pozhvinsky factory of count Vsevolzhsky. Born in 1776 into the family of Mikhey Artamonov, a specialist in the construction of barges, the boy had to help his father since early age. When he was 14 years old, he began to work at the Nizhny Tagil plant of a wealthy businessman Demidov. The plant was very far from the house, and the boy often had to walk from Nizhny Tagil to his home, covering only one way eighty kilometers. Then, apparently, he had an idea about the construction of a scooter, prototype of a bicycle. 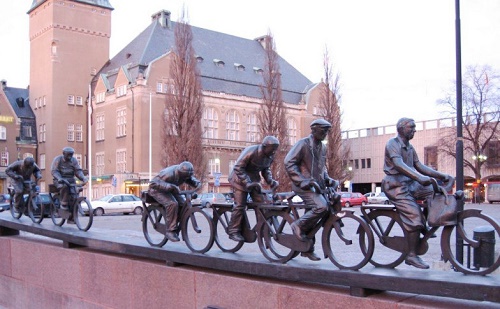 According to records, ten years later, “the slave Yefimka son of Artamonov was bit with rods for the fact that on the day of Elijah the prophet of the year 1800 traveled on a strange scooter “through the streets and frightened the oncoming horses, as well as pedestrians.” This year the Russians consider the year of the invention of the scooter – the prototype of a modern bicycle. The Artamonov scooter was iron, had two wheels, one after another. The front wheel was almost twice as large as the rear. They were fastened with a curved metal frame.

By the way, 15 September is the day of bicyclist.

Kaluga, Russia. Monument to Tsiolkovsky (a man with a bicycle) 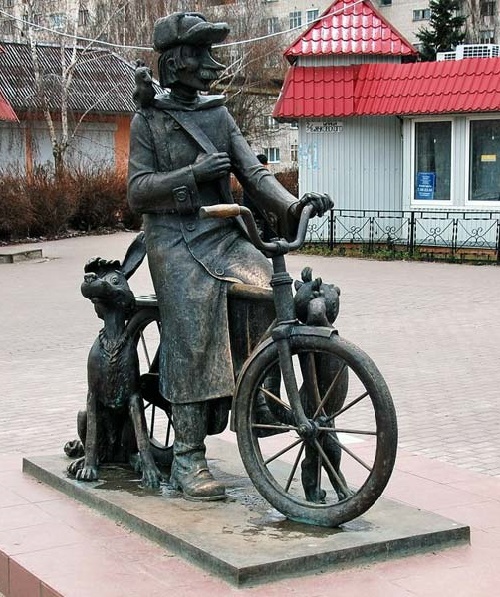 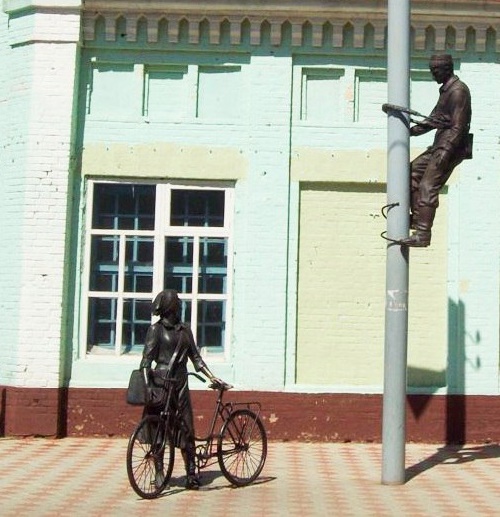 Meanwhile, the Yelabuga postwoman with a bicycle is not alone. Next to her – is the sculpture of electrician 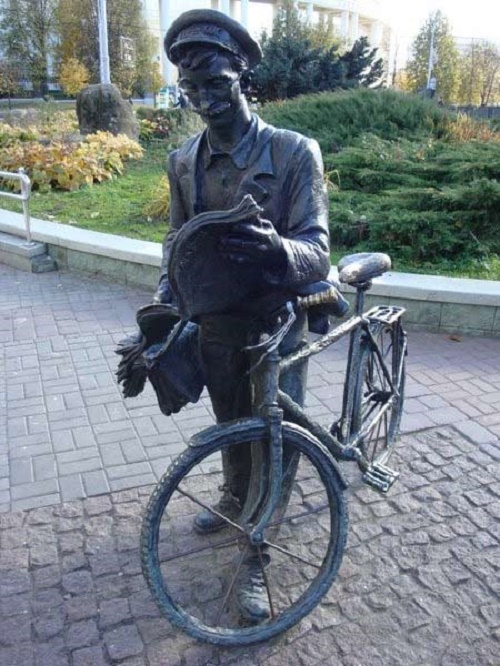 Minsk, Belarus. Monument to the postman 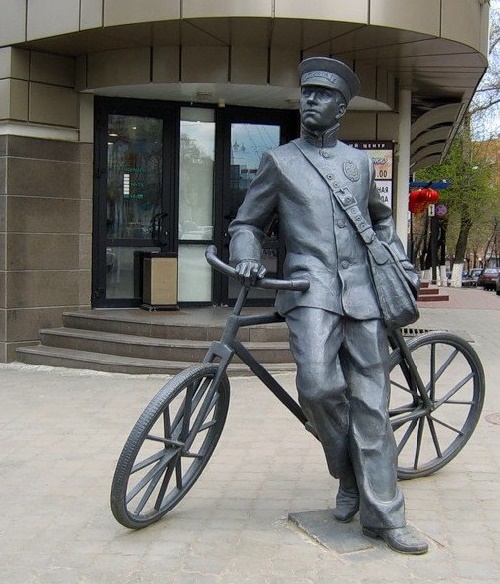 Nizhny Novgorod, postman with a bicycle 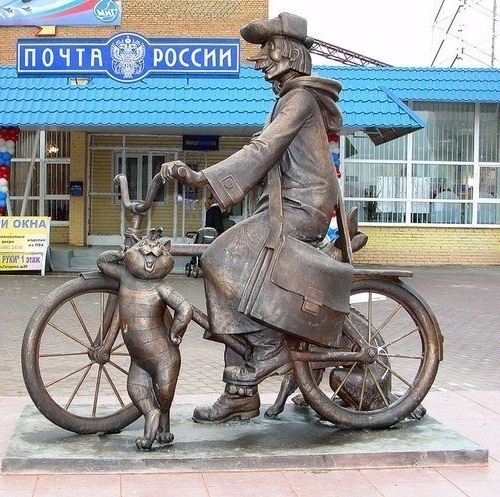 Postman Pechkin monuments with a cat and a dog, sculptor Polina Gorbunova 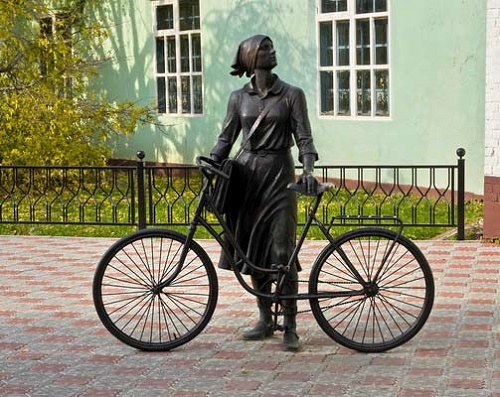 Yelabuga, postwoman with a bicycle 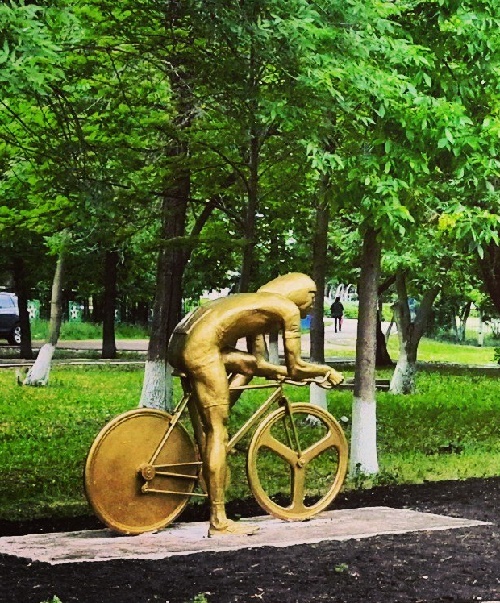 Called by locals ‘Putin on a bicycle’. Monument in Ufa, Russia 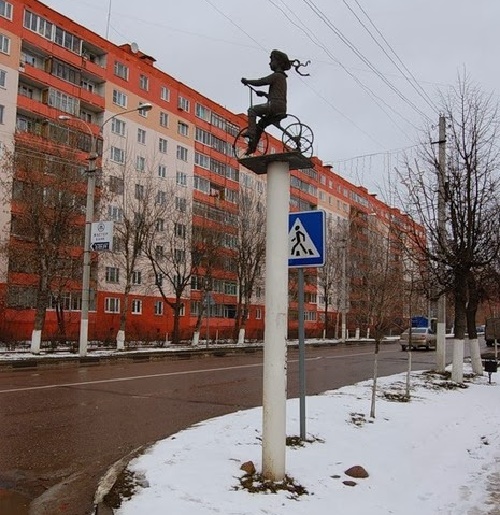 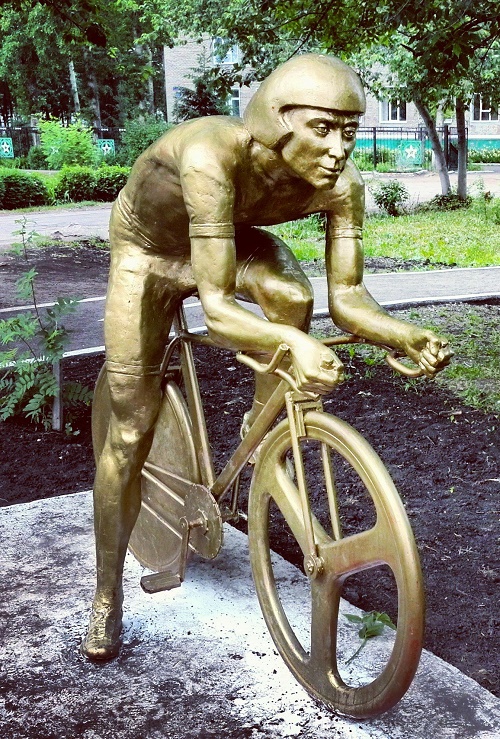 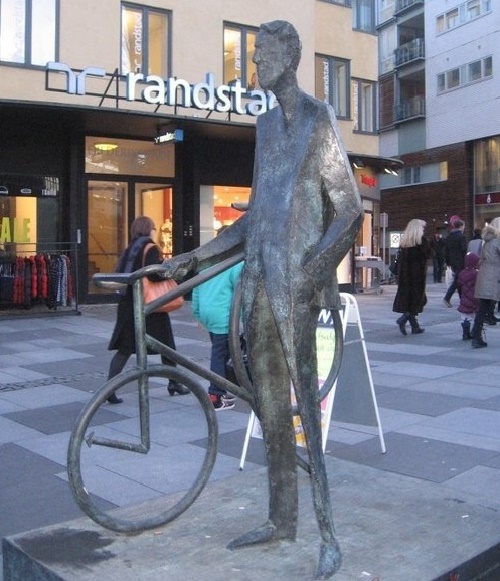 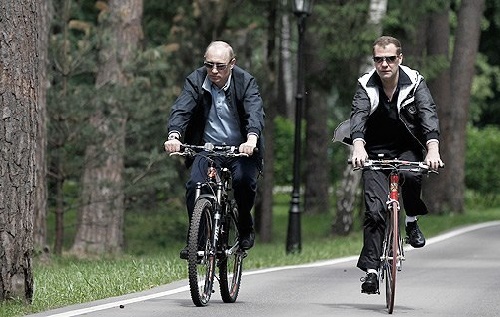 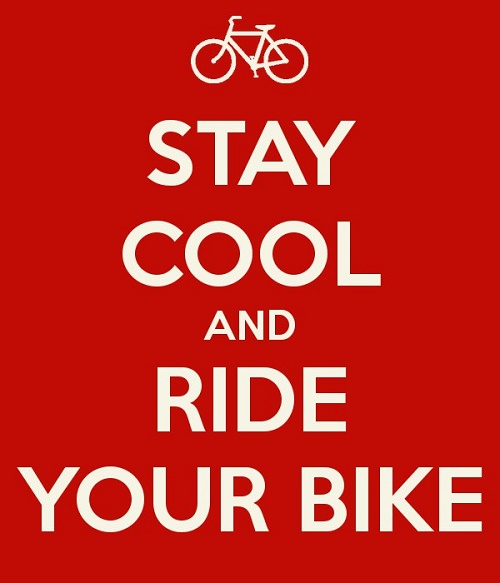 Stay cool and ride your bike 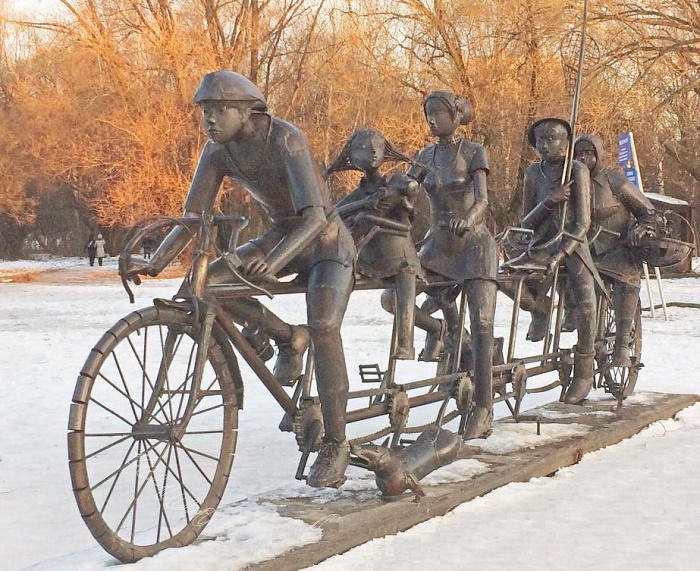