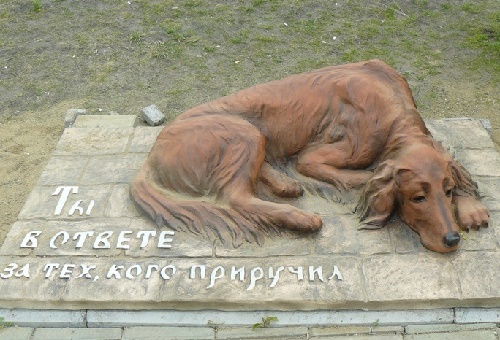 Monument in Krasnoyarsk region. Waiting for its owner, dog Salty. The inscription on the pedestal ‘You become responsible, forever, for what you have tamed’. Sad abandoned dog Monuments

Sad abandoned dog Monuments
Sad abandoned dog Monuments continue to appear throughout Russia. And one of them – in Sosnovoborsk of Krasnoyarsk region in Siberia. The inscription on the pedestal ‘You become responsible, forever, for what you have tamed’ is a quote by Antoine de Saint-Exupery, from his “The Little Prince”. The monument to stray dogs was established in July, on the new constructing Jubilee street outside Square of Lenin Komsomol. Sculptor recreated the image of the dog breed Irish Setter in full growth from concrete-polymer. The dog with sad eyes as if lay for a moment, expecting for the owner to come and take him home. According to local administration, it is very important that people did not make pets into homeless, because, as in any city, they have a problem of stray dogs. And now, the residents of Sosnovoborsk come up with the name for the dog, after a number of individual proposals on the city website: “There was such a good Soviet film “Dog Salty”. So, now the dog’s name is Salty. 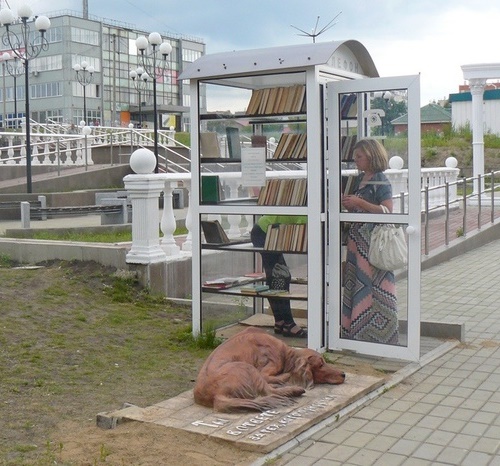 Waiting for its owner, dog Salty

In a large Siberian city of Kemerovo, on Pritomsky Quay in 2008 appeared a sculpture “Dog”. Homeless dog rescuing from the cold on the manhole cover – many of us, every winter, unfortunately, can see a similar picture. Author of the composition – a member of the Russian Artists’ Union Valery Treska. According to him, from the first sketches to the embodiment of the conceived image it was not long since he had long had the idea of ​​creating a sculpture of ordinary stray dog. The monument consists of two parts: a metal base, which depicts a manhole cover, and the hungry stray dog ​​figure out of stone, sticking to the hot surface of the hatch. 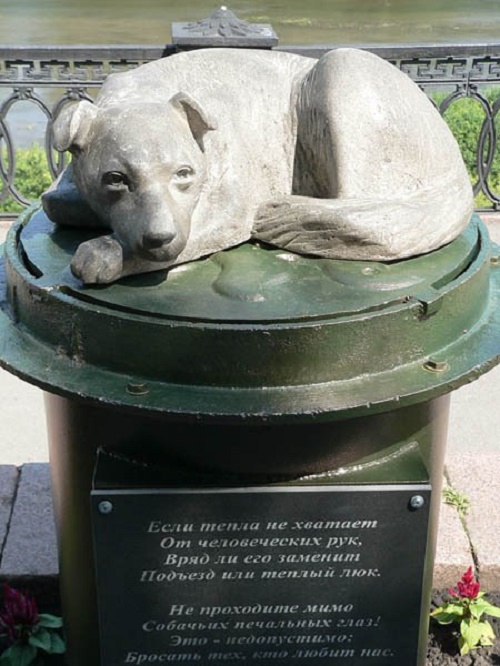 The sculpture was created on donations of townspeople. On the basis of the composition written in verse line, urging citizens to be humane:

If the heat is not enough
From human hands,
Unlikely to replace it
Entrance or warm hatch.
Do not miss
Dog sad eyes!
It is unacceptable:
Throw those who love us. 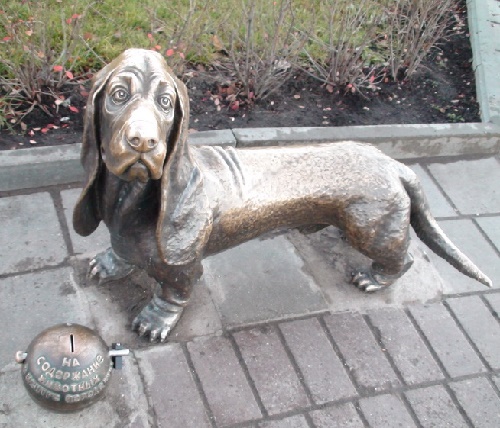 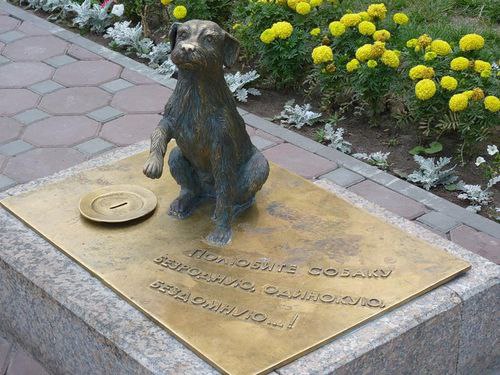 Monument piggy to stray dogs in the city of Tyumen. The funds go to the shelter needs. Sculpture is a stray mongrel with an outstretched paw. Officially, the monument is called ‘Love dogs’