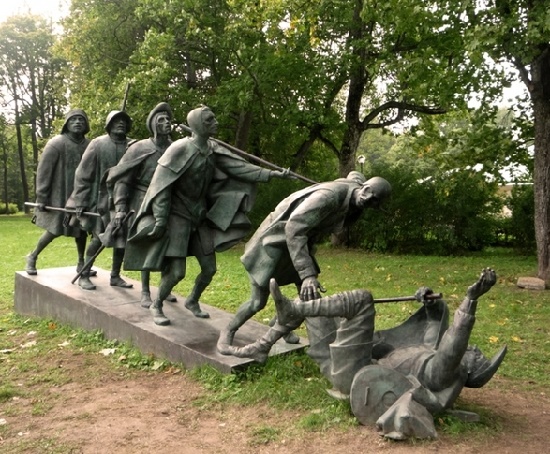 Inspired by the painting of of Peter Brueghel the Elder ‘The Parable of the Blind’ monument in the Hague. Blindness and blind people monuments

Blindness and blind people monuments
“The Parable of the Blind” is a picture of Peter Brueghel the Elder. Other names are “Blind”, “Parabola of the Blind”, “Blind Leading the Blind”. The picture shows six blind men, who move forward in a chain, holding each other. The first blind leader who walks first stumbles and, together with the staff, falls into the pit. Following him blind, falls on him. The third, associated with the second staff, will also follow its predecessors. The fifth and sixth do not yet know anything, but they inevitably must be in the pit behind their companions. In fact, the picture depicts the biblical parable of the blind: “If a blind man leads a blind man, they both fall into a pit.”
And the monument is in The Hague. Here, Russian artist Alexander Taratynov has created the sculptural versions of the most famous painting.
Meanwhile, installed in different cities of Russia, monuments to blind people remind us that among us live people who need our help. By the way, among the notable dates reminding us about blind people is The International Day of the White Cane. It is an attempt to equalize the rights of the disabled and the conditionally healthy, to allow the first to feel full, and the second – to try on the life of a person without vision. 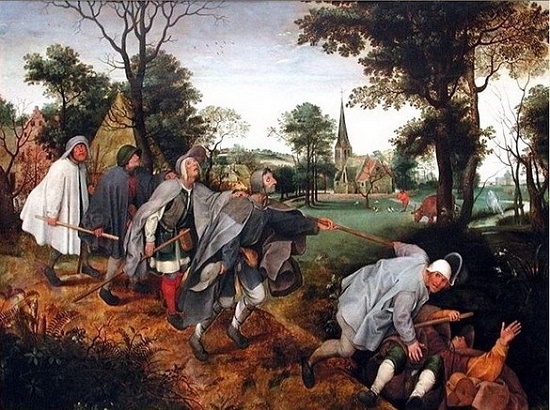 Peter Brueghel the Elder ‘The Parable of the Blind’

Born June 13, 1956 Alexander Mikhailovich Taratinov grew in the family of the famous sculptor M. Taratynov. In 1974 he graduated from the Moscow Secondary Art School, and in 1975-1981 studied at the Moscow State Academy of Architecture. He is the author of numerous projects in Russia and abroad. Taratynov now lives and works in Holland. A few years ago, he won the competition for the bas-relief of Queen Beatrix of the Netherlands for a coin in a single guilder. He is also the author of the monument to Queen of the Netherlands Anne Pavlovna in the center of The Hague and several other monuments. There are also works of Alexander Taratynov in Russia, for example, a monument to Vladimir Vysotsky, recently opened in Novosibirsk. 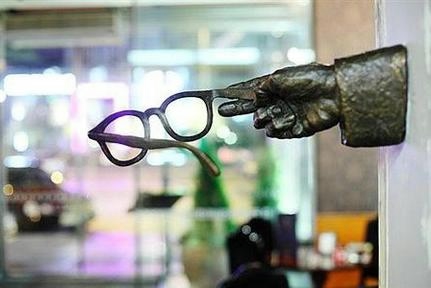 A native of Brooklyn, Allen Koenigsberg, known to the world as Woody Allen. The monument to Woody Allen in Kaliningrad (formerly Konigsberg), Russia 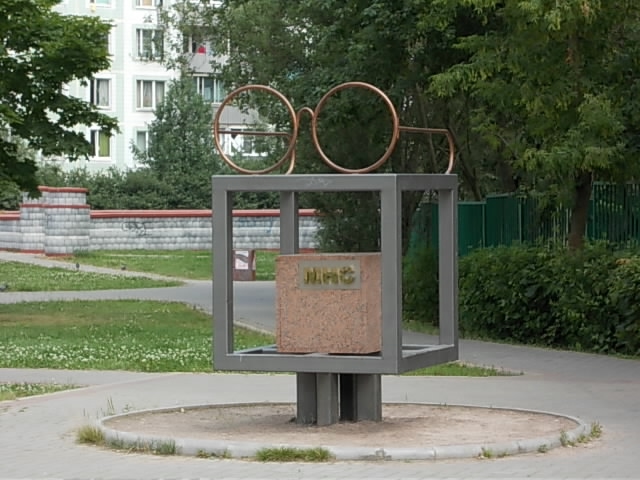 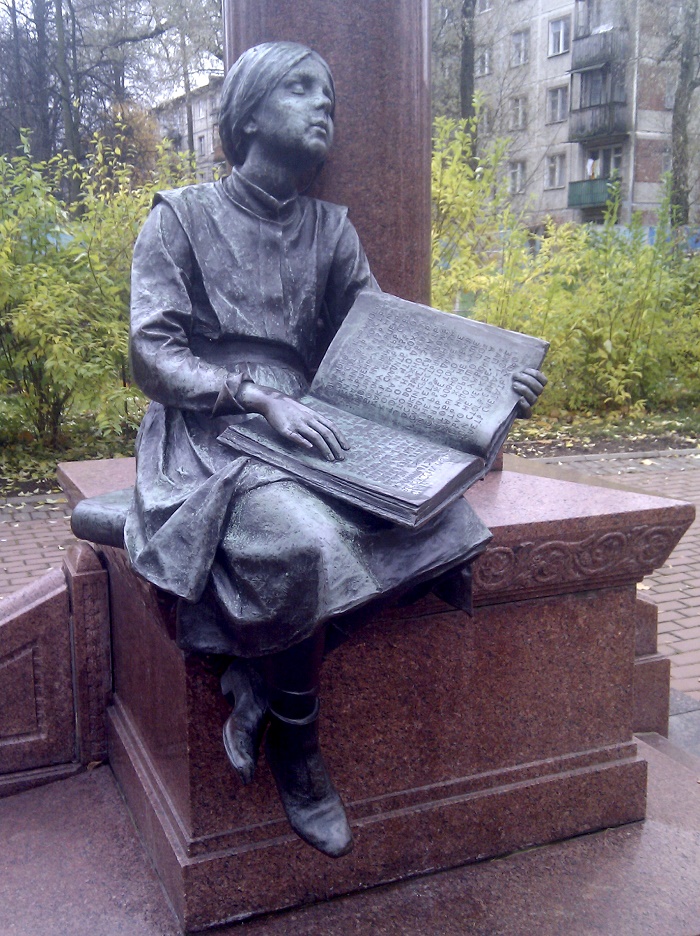 Fragment of the monument Blind girl, sitting at the foot of a stelle, monument in St. Petersburg 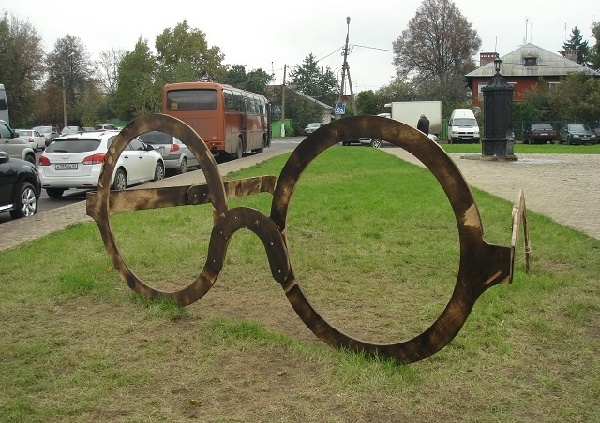 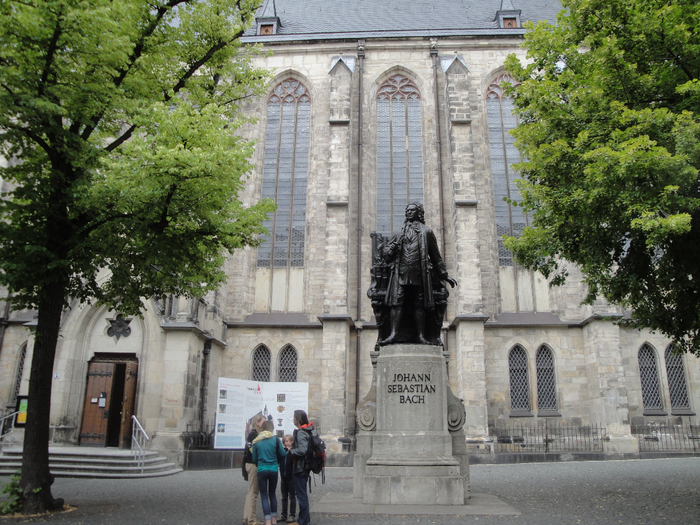 Johann Sebastian Bach, the most famous blind, whose monument is near the Church of St. Thomas in Leipzig

K.Grot monument in the yard of boarding school № 1 for blind and visually impaired children in St. Petersburg 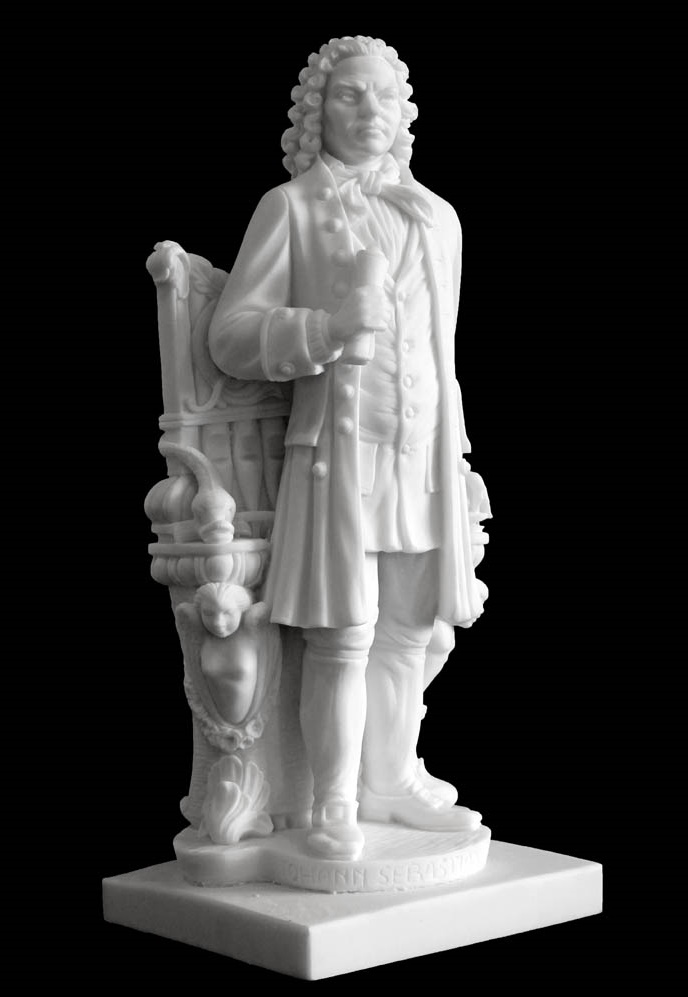 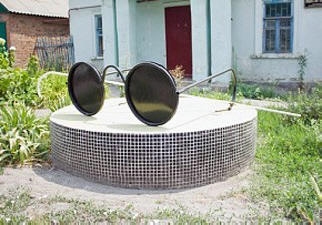 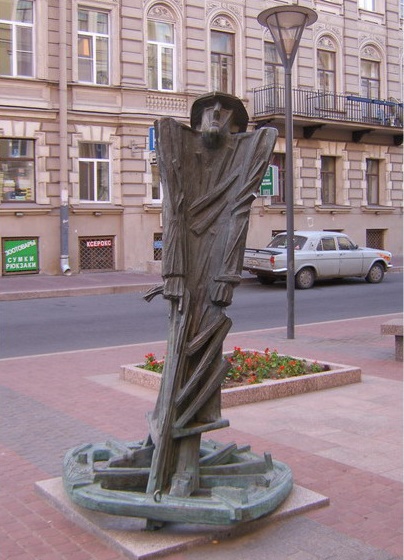