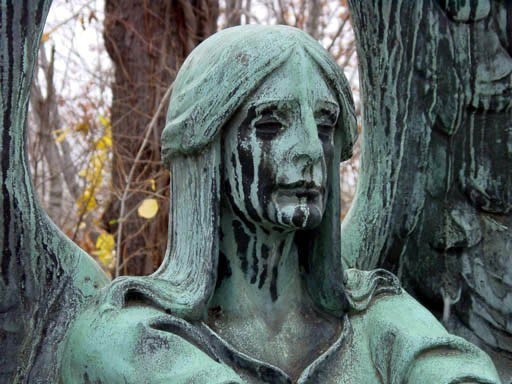 Stories behind weeping monuments
Today was in the cemetery, and there on the monument was cut a weeping angel .. Doctor Who
On August 29, 1953, a pregnant woman named Antonietta Januzo, who lived in Syracuse in Sicily, discovered that the plaster statuette of the Virgin with the baby was crying. The news of this miracle spread quickly and led to a surge of mass religious hysteria throughout the island.
Local church authorities, slightly hurt by the publicity that this story received, decided to personally verify her truth. In truth, they simply did not believe the woman’s words. However, when samples of the liquid from the Madonna’s eyes were analyzed, it turned out that they were similar to real human tears. The church immediately recognized the miracle and erected a raca, where pilgrims honor the statuette in our time.
Obvious miracles of this type are so numerous that anyone who would like to describe them could not even place all the facts in one volume. Since inanimate objects can not cry or bleed, it becomes clear that this phenomenon is a supernatural order. Maybe it just means that the Lord proves his existence. 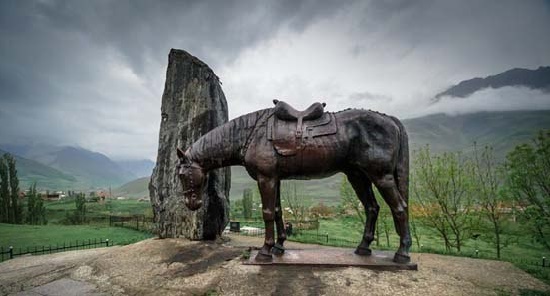 One of the stories told by Maria, a social network user. Her classmate died in 2006. Maria did not come to see him often. And every year, before the Easter, she saw him in night dreamed. Sometimes she asked him to show how he lives. However, he always replied to her “it’s not time yet.” One day, Maria came to her mother for the weekend, took a lamp and a bunch of flowers. She went to the cemetery, lit the lamp, put the flowers in the vase. When she talked to him, she cried. She stayed there for some minutes. And when she was leaving, she touched the photo with his face on the monument. Suddenly, she noticed a tear like a live one! Maria did not believe her eyes! The day was sunny and the weather was very good. Maria asked for advice and an explanation of this case.

According to psychics, you need to be able to let the dead go. Otherwise, every time you remember them (especially with tears and pain), then you disturb the dead, as if pulling them from there, which is very painful for them. We must let go and do not mourn. The place where the remains of the deceased lie, has the ability to “return” the dead here. People, with their lamps, candles and tears, carry out a kind of “rite”. Tears on the monument, it’s like a “sign” of presence. He let Mary understand that he hears her.

Here is another story that I read in the social network.
“When I was a teenager, my friend and I often walked to the cemetery, apparently the bewitching aura and mysterious attracted us. So, we examined monuments, photos, read farewell poems printed on dark obelisks … And one day we saw the girl’s grave that died a few decades ago. She went to a different world, a young one – at the age of 18. The polished granite of the monument depicted a drawing – she stood in a light dress leaning against a tree and looking at us. Surprisingly, her sad look seemed to be bewitching, for a long time we could not leave the grave until the twilight fell on the cemetery.

And the next day they hurried back to the monument, as if on a date … “And since then my friend and I began to visit the deceased girl on a regular basis. My friend and I carefully brought the churchyard in order – cleared of weeds and other debris, trimmed the fence, planted flowers …

It’s amazing, but we began to understand that our hearts are overwhelmed with a real love for the ghostly beauty that looked from the tombstones. As if we were under an incredible, enchanting love spell, overtaken from the other world! One day, a friend looked at Zoya and exclaimed: “Look! She’s crying! “And indeed! At the corners of the girl’s eyes appeared transparent drops that a second later slid down the granite, to the flowers planted by us. Tears appeared again and again, and flowed, leaving darkening marks on the stone. After this incident, the inexplicable desire to “meet” with the girl for some reason left us.

The next story published in a local newspaper, was told by Krasnoyarsk resident Viktor. His mother died, and he began to think about installing the monument on her grave. Victor says, “I wanted to reflect in the monument my mother’s essence, she was a believer and helped everyone. Aged 26, mom came to Krasnoyarsk in 1952. She was an ideal mother. I think we managed to reflect this in stone”. 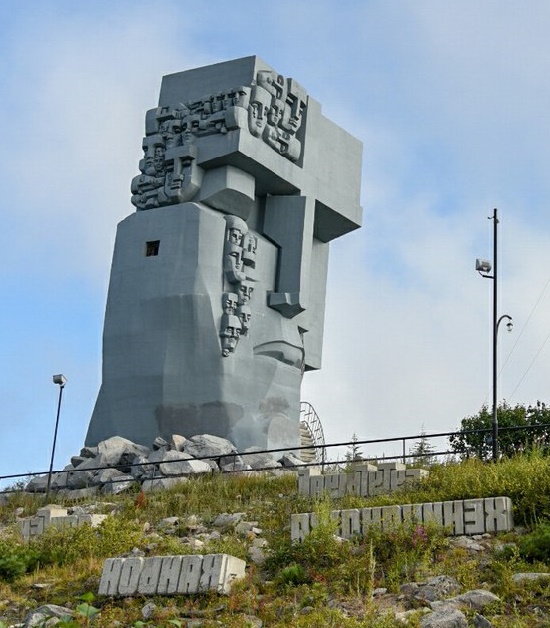 “When the monument was ready, I experienced a sense of relief, – Victor recalls. – And then people suddenly began to say: “Your monument is crying.” We ourselves and my brother once noticed tears in the eyes of the bas-relief. On a hot, sunny day! This is confirmation that Mama did not abandon us and now helps from heaven.
Meanwhile, the commission of the regional ministry of culture, which conducted an inspection of the cemetery in Zheleznogorsk, confirmed the uniqueness of the monument. Moreover, they included the monument to the list of protected. In fact, absolutely unfamiliar with the family, people consider this monument as a monument to all mothers.

And yet, apart from the tear-licking sculptures, it is worth mentioning the monuments depicting sorrow-weeping and sad monuments. In particular, the “Mask of Sorrow”. It is a monument 15 meters high, dedicated to the memory of the victims of mass repressions in the Soviet Union. The sculpture installed on the hill in Magadan on June 12, 1996 is the work of Ernst Neizvestny. Noteworthy, the author of the monument, whose parents were also victims of the repression of the 1930s, received the State Prize of the Russian Federation for the monument. Particularly, the monument is a person’s face, from whose left eye tears come in the form of small masks. In addition, the right eye is in the form of a barred window. On the back there are crying women and a headless man on the cross. Inside the monument is a copy of a typical prison cell of Stalin’s times. (Picture in the gallery) 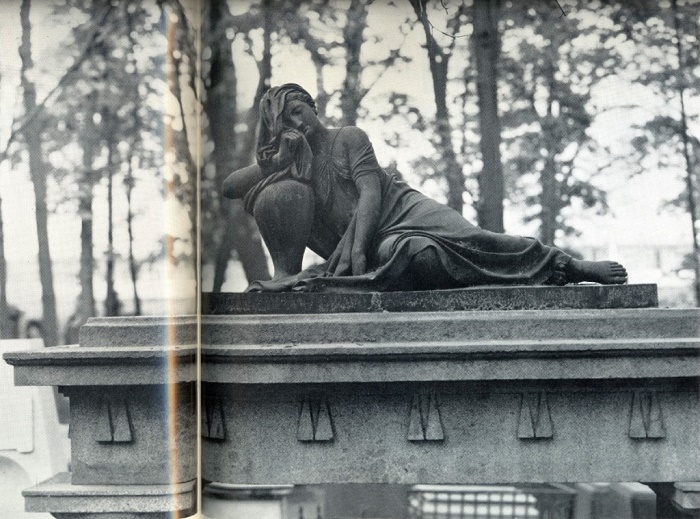 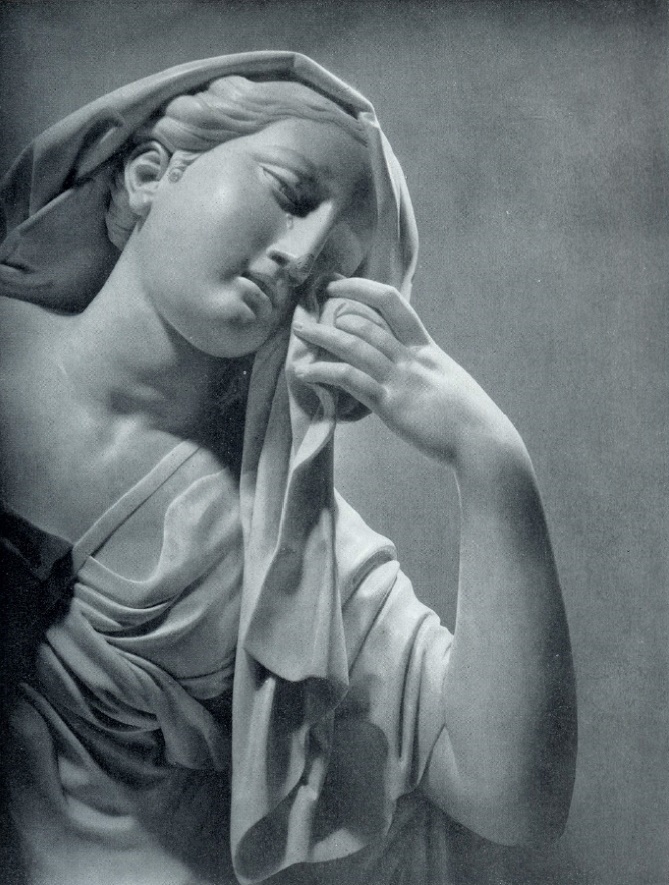 F. G. Gordeev. Fragment of the sculpture at the tomb of DM Golitsyn. 1799. Moscow, Golitsyn Tomb of the Donskoy Monastery 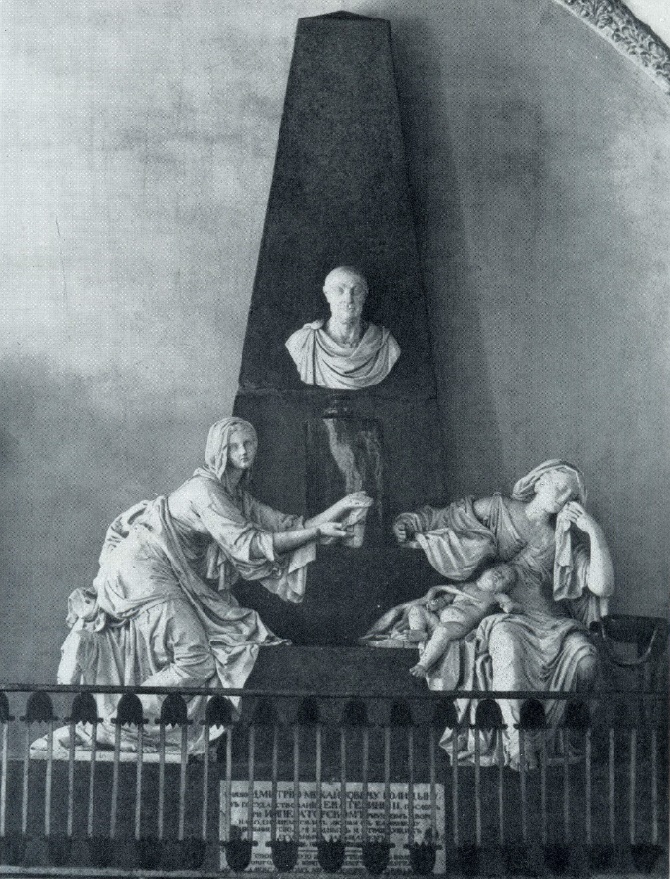 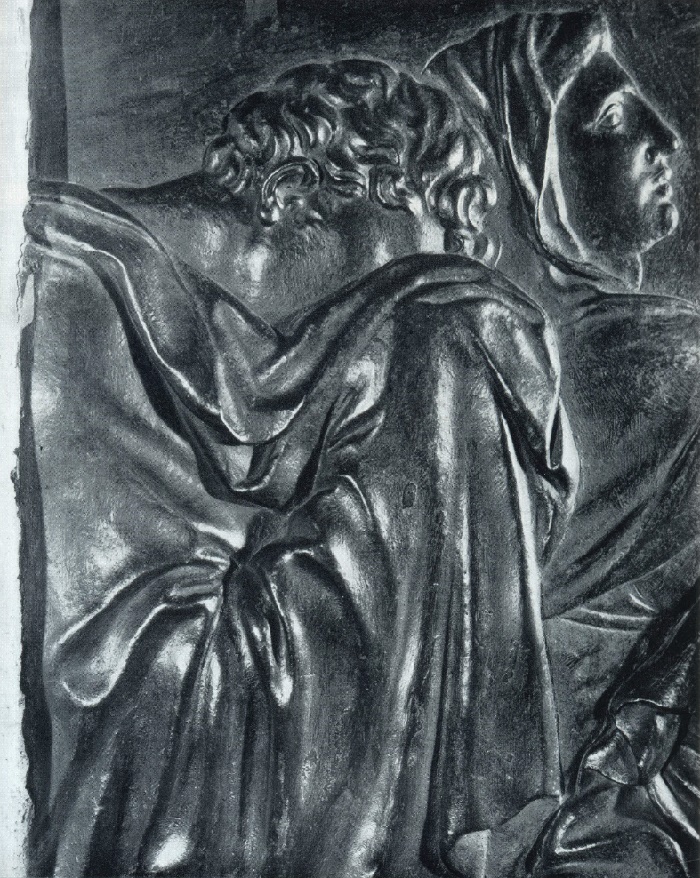 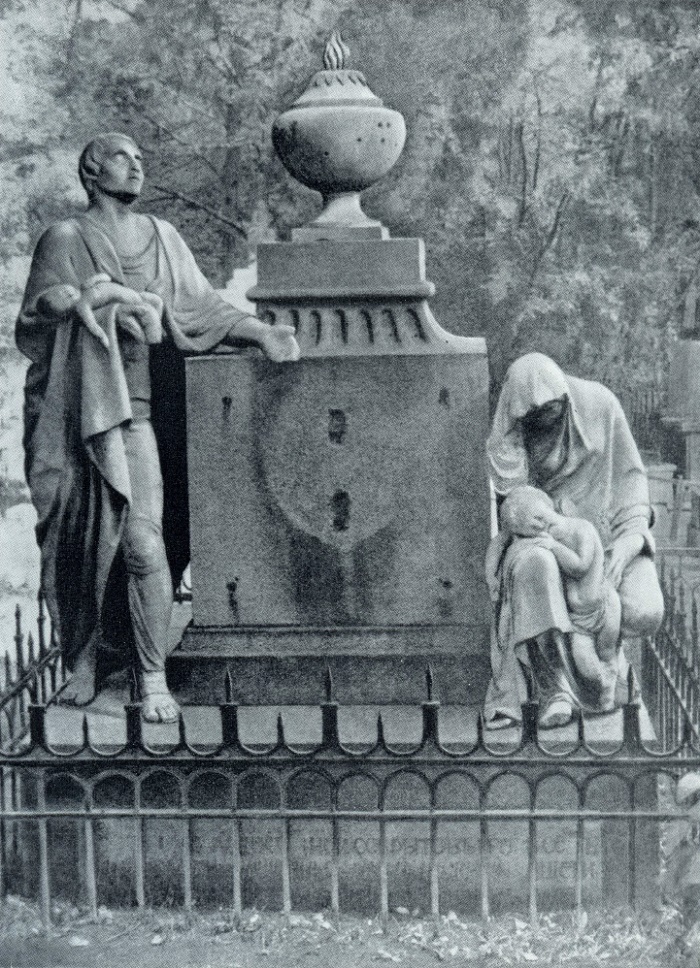 Gravestone of SA Stroganova (the former view of the Necropolis of the XVIII century, the Alexander Nevsky Lavra). 1802. Granite, marble. M.I. Kozlovsky 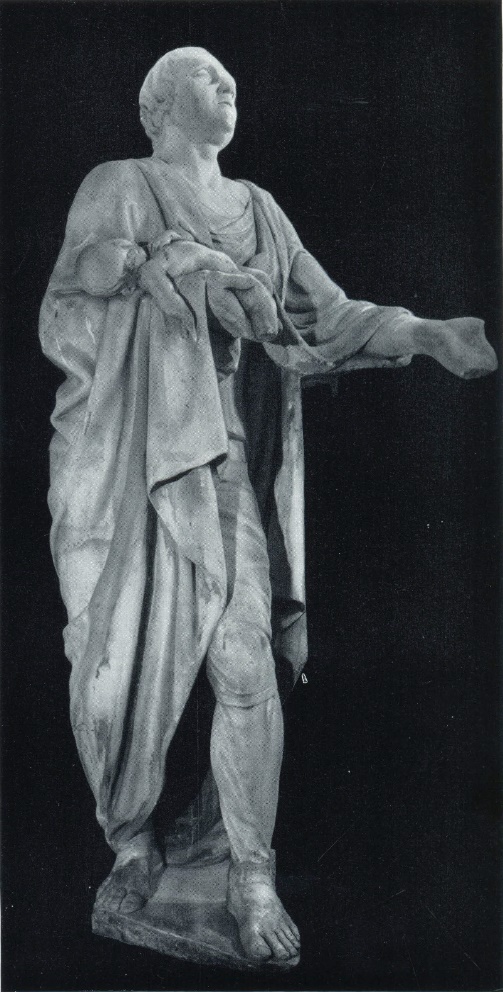 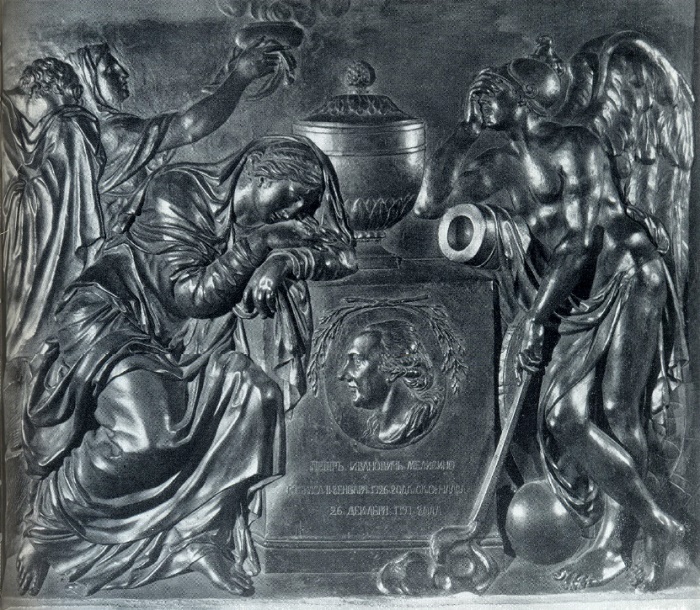 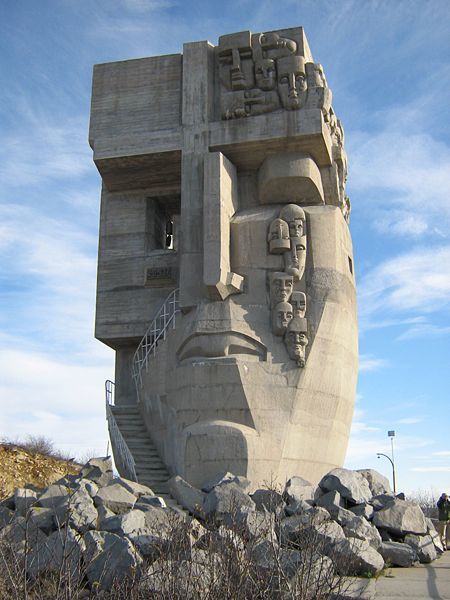 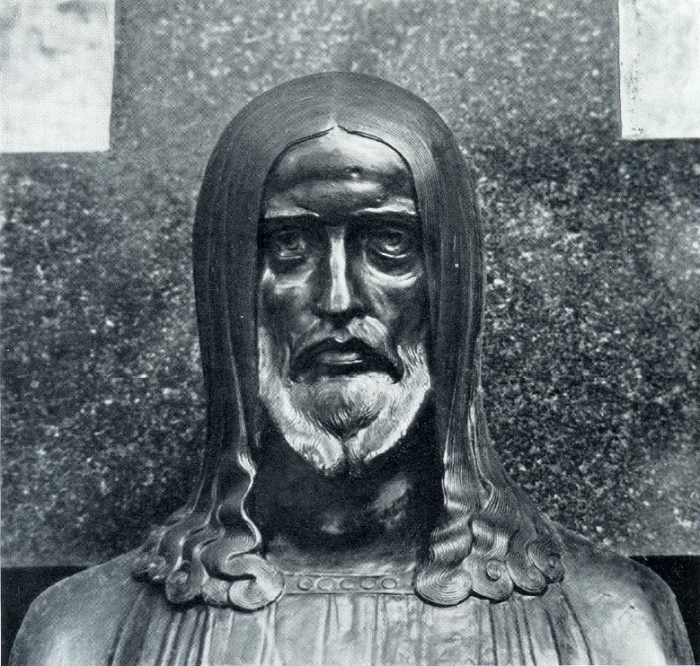 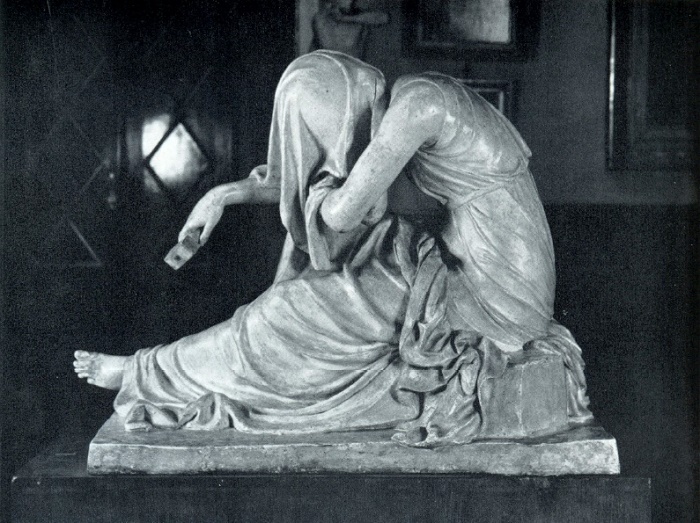 SS Pimenov. The project of the tomb of M. I. Kozlovsky. 1802. Gypsum. Russian Museum Petersburg 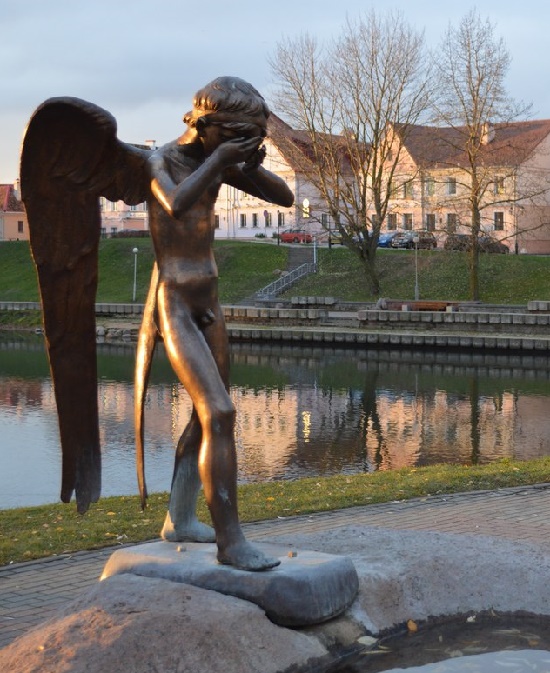 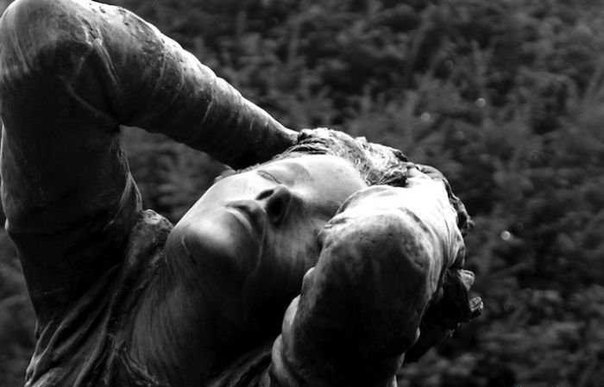 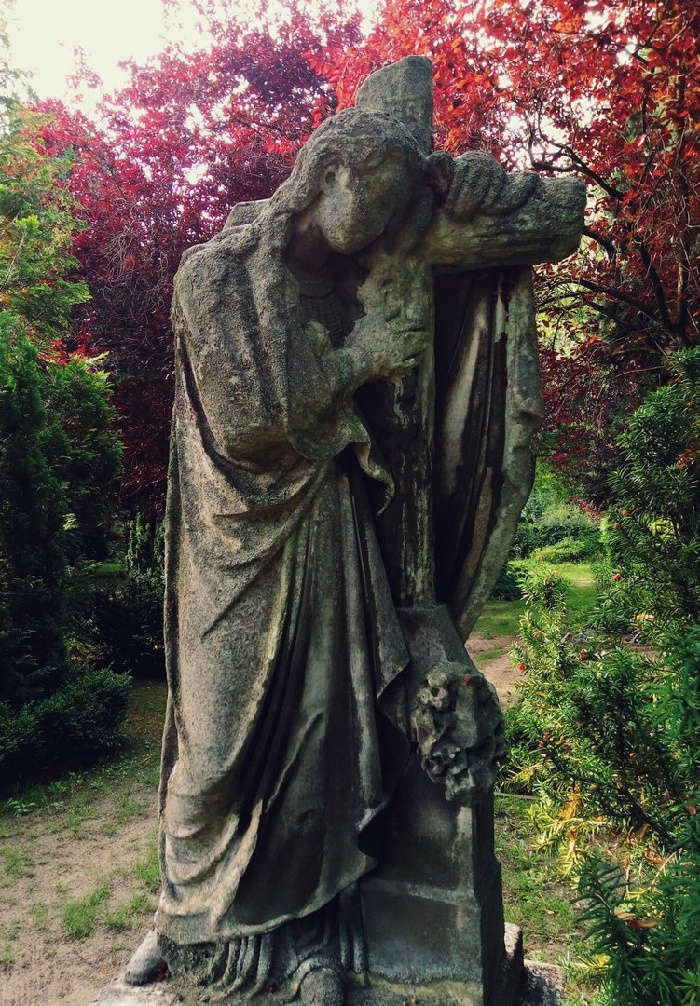