December 11th of 2016 in Moscow, on Kamergersky Lane, near the house 6/5, unveiled a monument to the remarkable composer Sergei Sergeyevich Prokofiev. The opening was timed to the 125th anniversary of the composer’s birth, April 23, 1891. The author of the monument to the famous composer – a People’s Artist of Russia Andrey Kovalchuk. According to him, the photos of the composer became the base for the idea. It is the plastic image of walking, strolling here Prokofiev. And this movement has a deeper meaning. The sculptor added, – “the composer’s whole life was in movement. Easy and rapid classic, but, at the same time, a daring innovator, Prokofiev never repeated in his work. And he wrote operas more than any composer of the XX century. Among them – the “Player”, “War and peace”, the ballet “Romeo and Juliet”, and many more. Called a musical futurist, he was ahead of time. Thus, knowing his genius, he once said: “My music is above the immediate historical events”.
Actually, it was the final chord of the year of Prokofiev – 2016. And next, 2017 declared the Year of Stravinsky. We look forward to a monument, of course.

Meanwhile, this is not the first monument to Prokofiev in Moscow. The bronze sculpture of the composer installed, for example, in 1991 at Tokmakov Pereulok 8, in front of the city children’s music school. Sculptor – Victor Khachaturovich Dumanyan, architect – A. Stepanov.

Noteworthy, the same year, April 21, 1991, monument to the great composer appeared also in Donetsk region, on the home land of Prokofiev. It was during the regional festival of Slavic writing and culture in Krasnoye, attended by thousands of people from all over Donbass. A huge crowd of people presented at the solemn ceremony of opening the monument to Sergei Prokofiev. He turned out to be surprisingly kind and inspired, full of deep inner content, like all of his work. According to sculptor Vasily Petrovich Polonik, the worked on the monument to Prokofiev was difficult, because he wanted the monument to become worthy of genius. In particular, the sculptor went to the library of Krupskaya, read the mountains of literature about him, and listened to almost all of his music.

“The time was pressing, and my father asked me to help,” recalls the sculptor’s son, Andrei Polonik. – I took a vacation in the Donetsk Art College, where I taught, and we spent days and nights at the factory. Molded not in the usual way, but in a gypsum mold, transported to a mechanic shop and there welded and minted shells on metal. In the end, because of the great strain, my father was completely exhausted, and he fell ill. That’s why he couldn’t come to the opening ceremony. 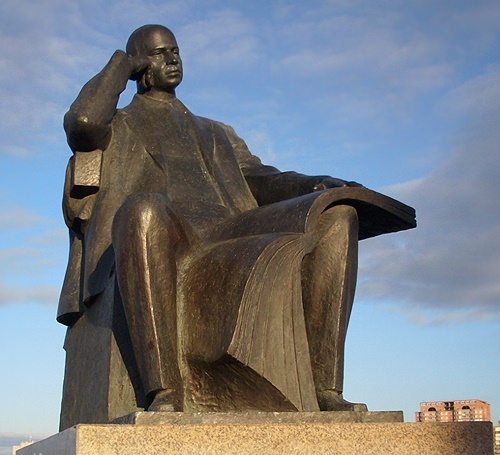 Monument to Sergey Prokofiev in Chelyabinsk 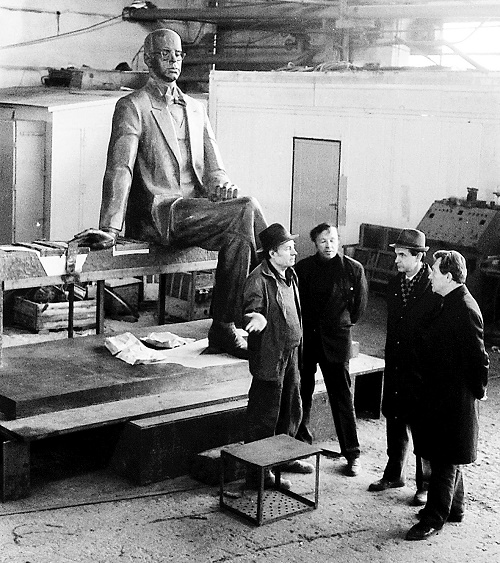 Construction of monument to Prokofiev in Donetsk 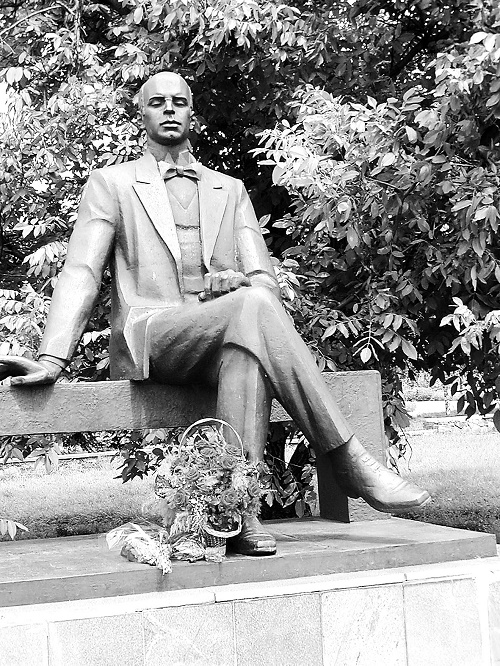