Eighteen months have passed since the death of the famous Russian singer Zhanna Friske (Jeanne Friske). She died on June 15, 2015 at her home in Balashikha. Her younger sister Natalia said last fall that she, along with her parents were going to perpetuate the memory of Zhanna, erecting a monument in her honor. Then the younger Friske said she would like to see the monument of Zhanna in full growth in a beautiful long dress or a concert costume. Earlier it was reported that famous Russian painter, sculptor and designer Zurab Tsereteli could make the sculpture. However, the authors of the monument became sculptors Levon Manukian and Ivan Volkov. According to them, the hardest thing they had to deal with – was a face. So, they focused on a photo .. Despite this, the monument received outrage from her fans.

The Monument to Jeanne Friske – A bronze sculpture in the full height of 170 cm has been set on the eve of the Catholic Christmas – December 24th, 2016

On the day of the installation of a monument to the singer, the cemetery attended a family-father, Vladimir Borisovich, mother Olga and sister Natalia. And the next day, having learned of sculpture, to the graveyard in the St. Nicholas Archangel Cemetery came the fans of the actress.
Few people liked the sculpture of the singer in full growth. Their opinion spread on the social network.
Natalia, the younger sister of the deceased, said to disgruntled fans: “My friends, in the first place, bronze never gives 100% similarity …. Second, all used to see her with a smile, makeup, etc … .. but if you had seen her live … ”

Near the monument installed a black plate, where at the request of relatives of Jeanne engraved the words from her song “A Sea white sand”: “I will miss you very much, and will remember you, even if you are far away.” 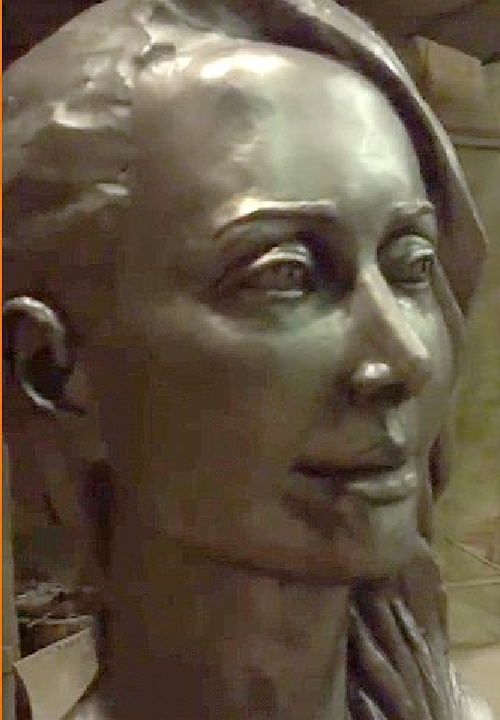 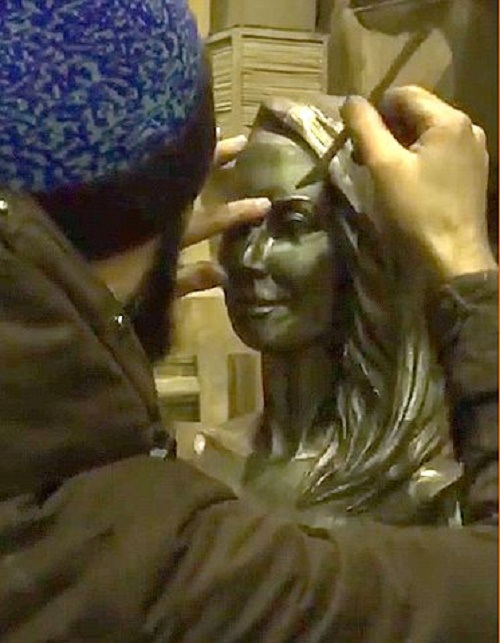 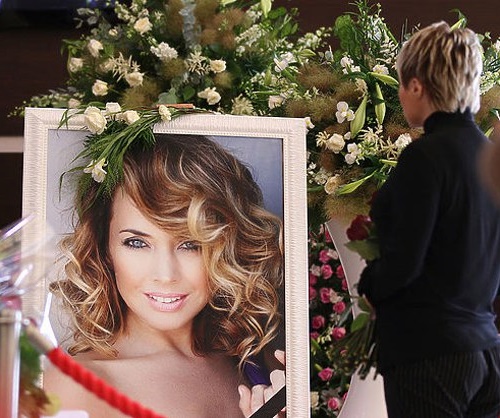