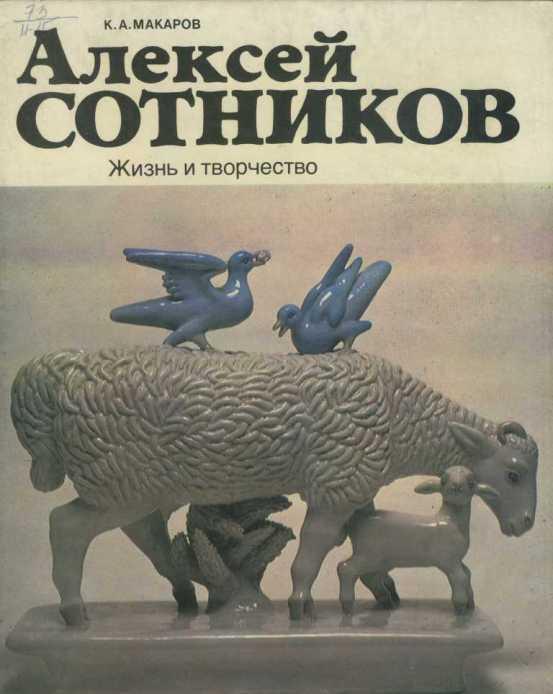 Russian animalist sculptor Alexey Sotnikov
Sotnikov belongs to those masters of the 20th century who in a peculiar way managed to develop the principles of great realistic and humanistic art. Sotnikov’s activity began in the 1930s of the last century, during the period of outstanding achievements of Soviet sculpture in its various forms and genres. Art of A.G. Sotnikov is whole and holistic. It can be considered in any way: as a porcelain artist who knows the material perfectly, and as an original plastic with high professionalism. Also, an interesting and unexpected constructor. He is a national artist, and at the same time, of course, an artist of high European class. And yet, the main thing in the sculptor’s work is the deepest love of nature and the greatest naturalness and immediacy of approach to the depicted phenomena.
According to the sculptor, he translates talk and thoughts of animals into his own language. In animalistics, as in all art, there is a division into easel, decorative, and monumental forms. Sotnikov works in all three genres, and even wider. In particular, he uses more approaches to nature.
Throughout his life, he carried that compassion to the small birds and to the proud bird, and to a strong beast, and to the man who is so characteristic of a folk artist. 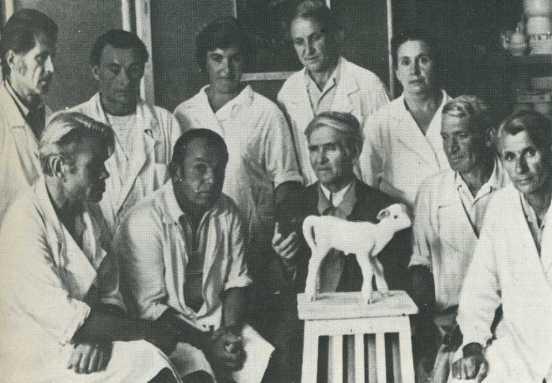 A.G. Sotnikov at the Duleve porcelain factory. May 1972

At the first post-war International Exhibition in Brussels in 1958, Sotnikov showed several of his works – “Falcon”, “Chicken”, Russian dance, fountain “Fish”, fountain “Little Bear” and a fountain with a frog. Fountains acted to attract the attention of visitors to the exhibition. In 1978, the first solo exhibition of the artist took place on “Kuznetsk Bridge” in Moscow. She presented for review the result of more than forty years of work. The exhibition made a great impression on contemporaries. There were reviews, articles and wide discussion. By decree of the Presidium of the Supreme Council, the sculptor was awarded the title of Honored Artist of Russia. Eightieth anniversary of A.G. Sotnikov was marked by the award of the silver medal of the Academy of Arts of the USSR. 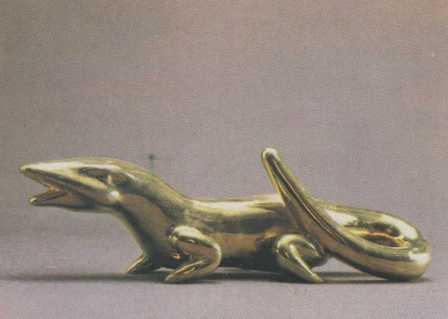