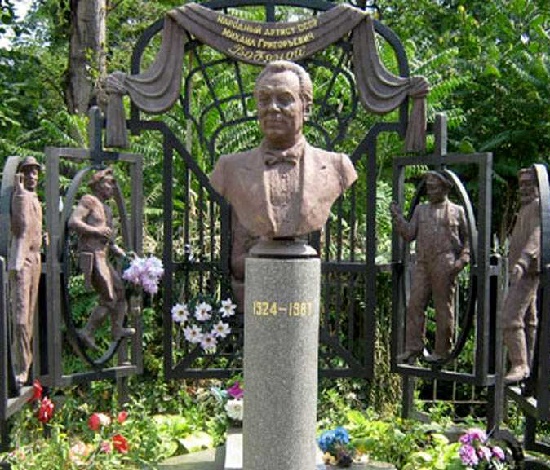 Operetta king Mikhail Vodyanoi grave monument
September 11, 1987, the heart of People’s Artist of the USSR Mikhail Vodyaniy, called the King of the Operetta, stopped beating. With the participation of his widow Margarita Demina, on the grave of the artist appeared an unusual monument. The work of sculptors Alexei Kopiev and Eugene Olenin depicts the most familiar roles, embodied by the King of the Operetta.
Born December 23, 1924 in Kharkov, Mikhail Grigorievich Wasserman was the second child in a wealthy Jewish family. When Mikhail Grigoryevich was 14, their family moved to Kislovodsk, where he graduated from school and played in amateur performances. Relatives said: “The family is not without a freak. The eldest graduated from two institutions, and the youngest – a clown … “. Meanwhile, he took much after his mother, Anna Lvovna, who beautifully sang and had the gift of reincarnation. By the way, the surname Wasserman in translation means “water man” – hence his pseudonym – Vodyanoi (“water man” in Russian). 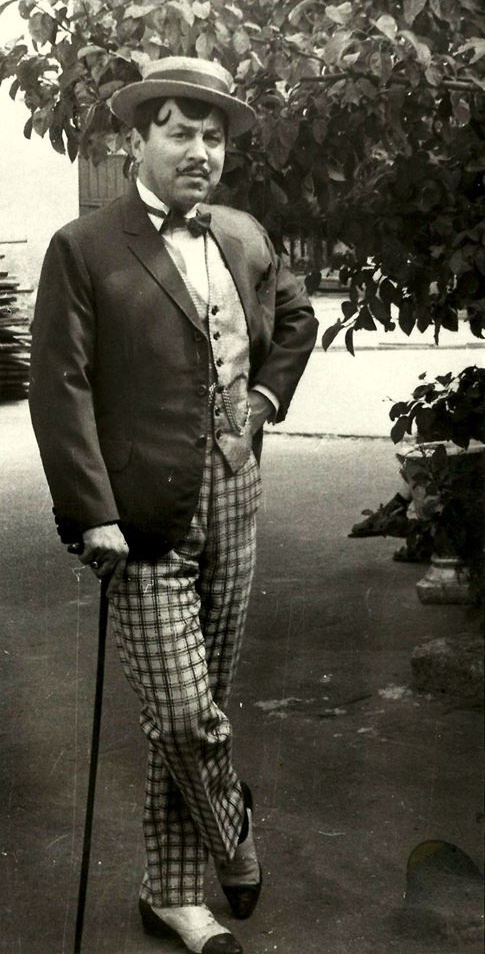 In 1941, Mikhail Grigorievich went to Leningrad to enter the Leningrad Theater School. Interestingly, examiners, delighted with the talent of the young man, enrolled him immediately to the 2nd year of the acting faculty. When the war broke out, the institute moved to the Siberian city of Tomsk.

According to the recollections of the People’s Artist of Ukraine Yevgenia Dembskaya, she began to work with him in the Philharmonic. They went on tour in many cities of the Soviet Union, and had great success. All his free time, until late at night, he worked, and did exercises. They sang duets from the operetta “Silva”, “Maritsa”, “Rosemary”, “The Princess of the Circus” and others. He taught very much and quickly, and he adored music. 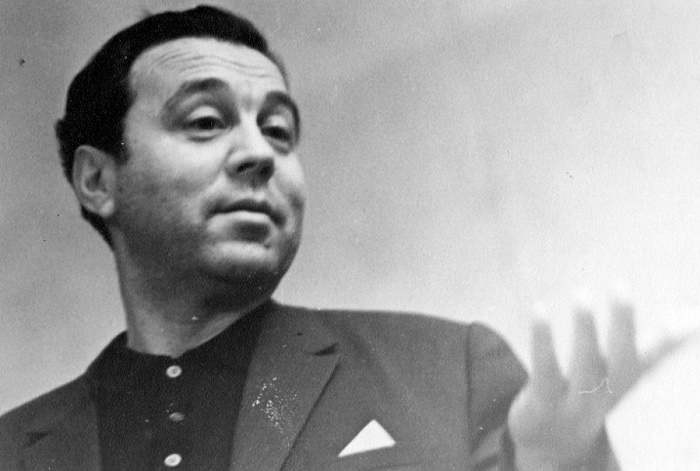 Mikhail Vodyanoi won wide popularity and boundless love of spectators, creating more than 100 bright scenic images. In particular, Yashka Tugboat (“White Acacia” by Isaac Dunaevsky) and Popandopulo (“The Wedding in Malinovka” by Isaak Dunaevsky). In addition, Mishka Yaponchik (“At Dawn” by Oscar Sandler), Alfred Doolittle (“My Fair Lady” by Frederick Lowe), and Sancho Panso (“The Man from La Mancha” by Mitcha Lee). Also, Boni (“Queen Chardash” by Imre Kalman), Tevye (“Fiddler on the roof” by Jerry Bock) and many, many others.

Vodyanoi received the title of People’s Artist of the Soviet Union in 1976. Noteworthy, he became the first in the genre of operetta. And three years later he headed the native theater, becoming its artistic director. It was thanks to his name, energy and authority that the artists of the Odessa operetta had a new building.

Vodyanoi – one of the legends and the symbol of Odessa – passed away on September 11, 1987, buried at the Second Christian Cemetery. 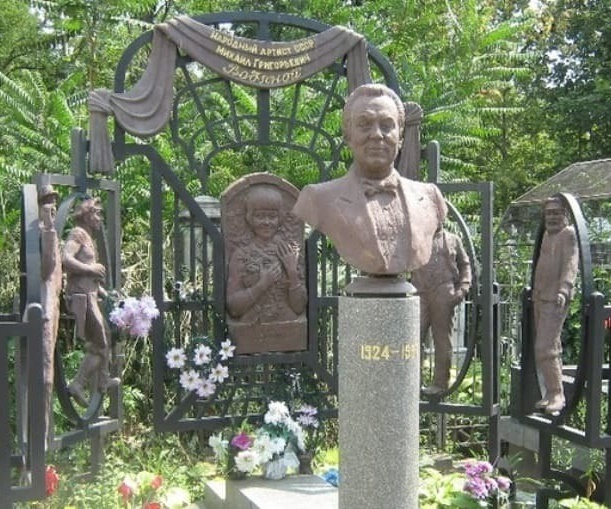 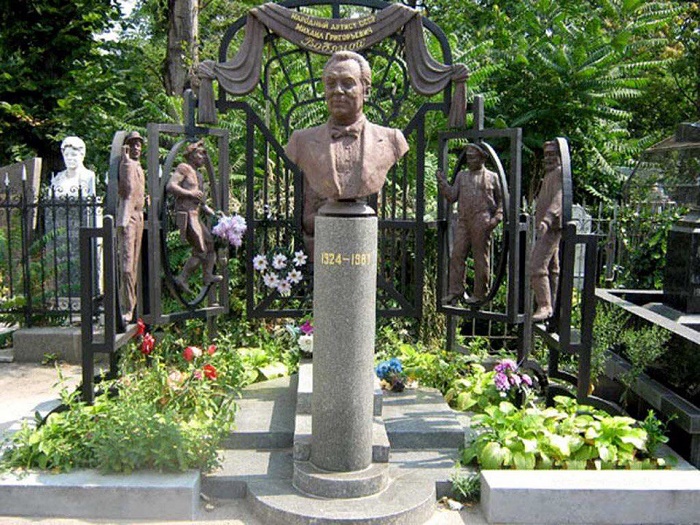 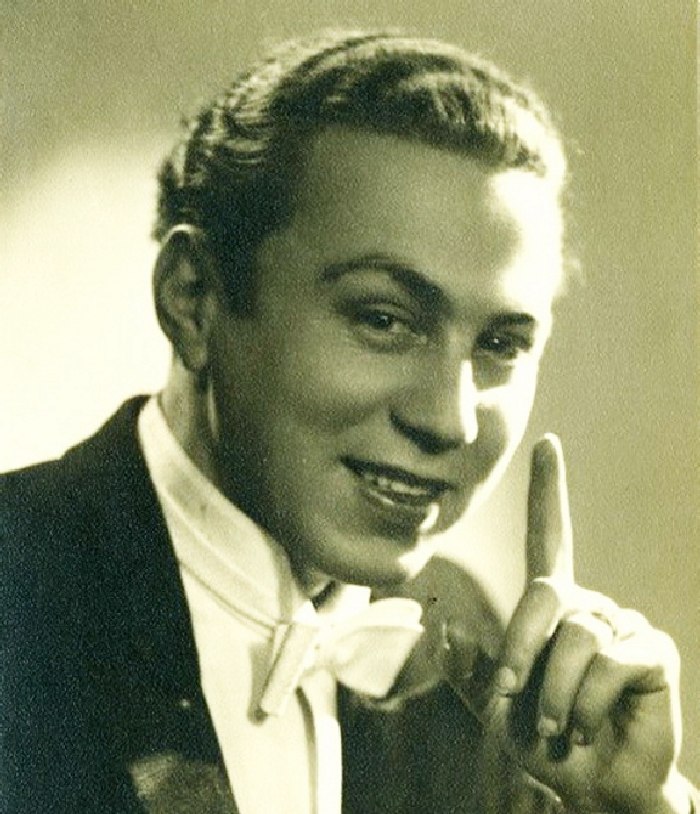 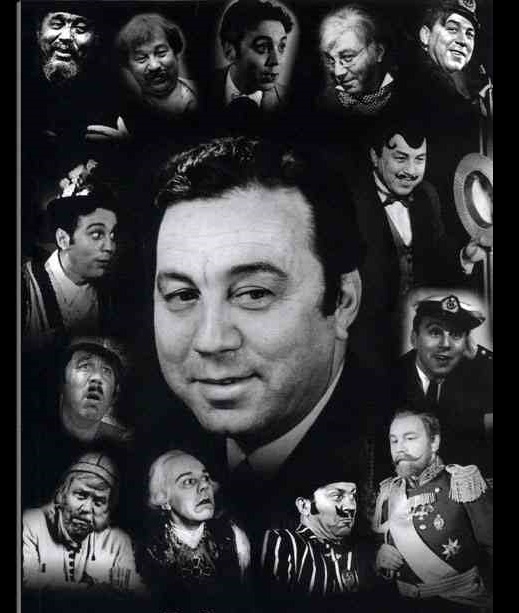 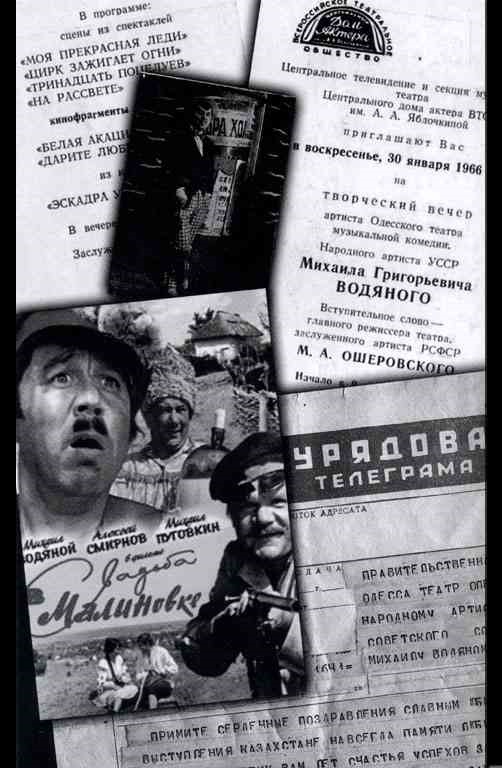 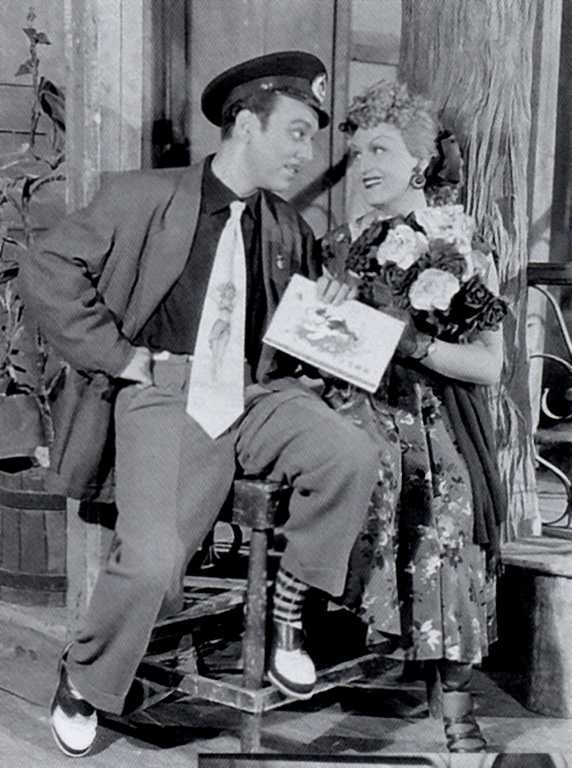 Scene from the operette, Mikhail Vodyanoi 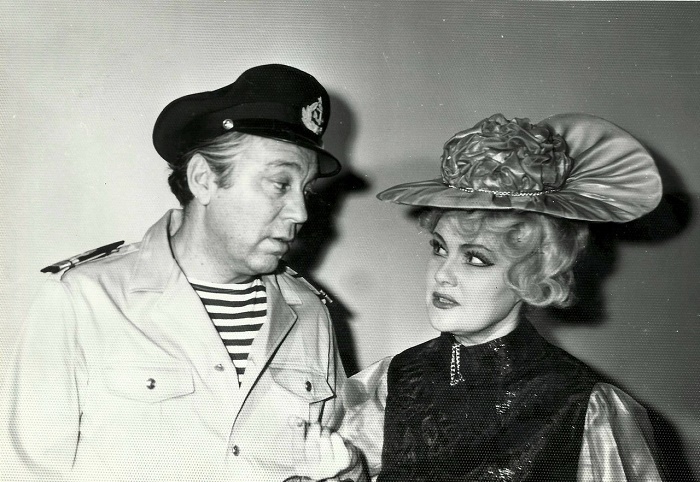 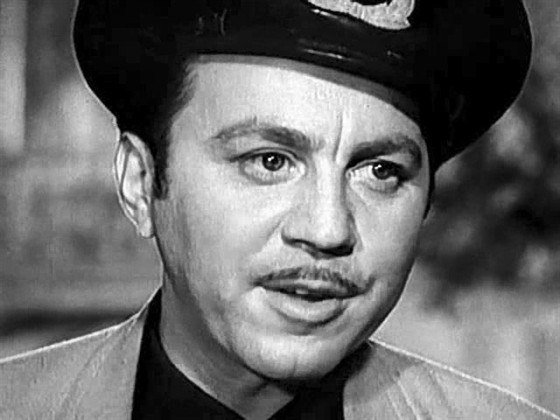