Installed in Voronezh bronze sculpture of Horse Yaryzh with the rail in the mouth, has been one of the most bizarre monuments in Russia. Meanwhile, huge horse became famous all over the country for its… so called “dignity”. For five years rail eater with huge male genitalia “glorifies” Voronezh, not only among our compatriots, but also far beyond the borders of Russia. Yaryzh is a true symbol of the era, that proclaimed the power of money. The author of this gigantic bronze figure with the rail in the teeth and the human genitals is Maxim Dikunov. However, about the fact that this “work of art” and in particular, juicy details will always attract attention and cause laugh of not only Voronezh but the entire planet, said repeatedly. So, it happens every day, laughs and discussions on social websites. Well, I just don’t know what to add here.
Meanwhile, Russian sculptor Maxim Ivanovich Dikunov (born March 5, 1973, Voronezh) works in the technique of figurative art, and in particular, grotesque directions. However, hyperbolic techniques specific to the figurative style of M. Dikunov, are often the subject of criticism from fans of the classic destinations in the visual arts.
The most famous monuments of sculptor Maxim Dikunov are the works of V. Vysotsky, S. Marshak, D. Venevitinov, figures of angels to the monument of Mitrofan of Voronezh (1623 – 1703) in the Annunciation Cathedral, and of course, the horse sculpture “Yaryzh”. 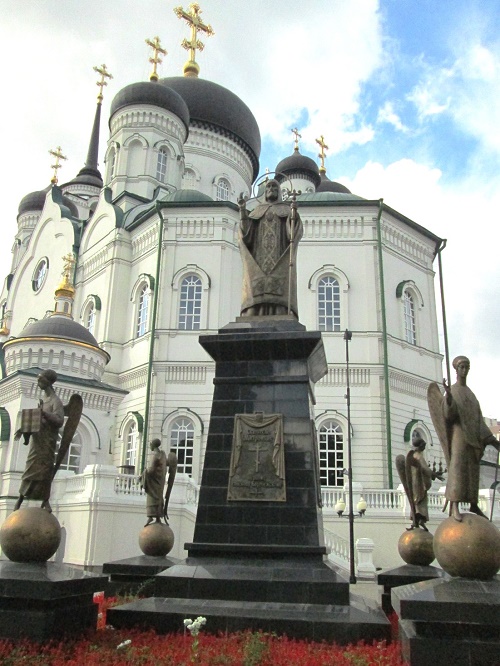 One more work of the sculptor – four figures of angels installed on bronze balls. In the hand of one of the angels – an open book, a reminder of the major role of the saint in educating the people. Another angel holding a boat, symbolizes participation of Mitrofan in the acts of establishing Russian Navy. In the hands of the third angel – the layout of the fortress. This is a sign that the saint blessed Peter I on the St. Petersburg construction. Another angel holds a spear – a symbol of the struggle between good and evil. 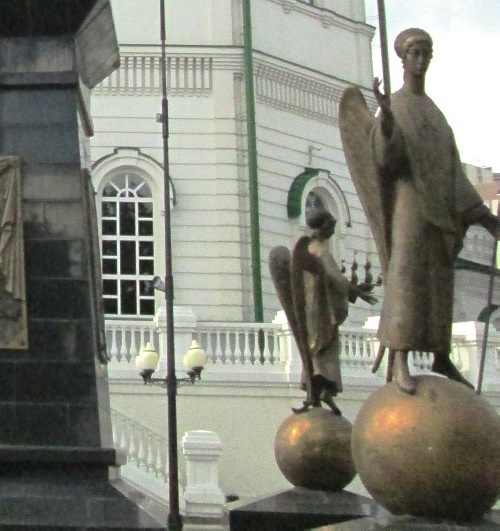 Angels to the monument of Mitrofan of Voronezh 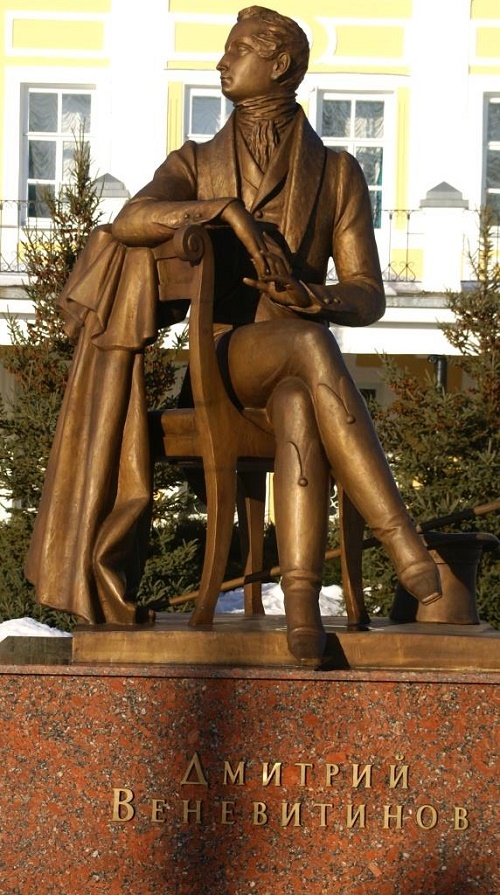 Dmitry Venevitinov monument in front of his estate 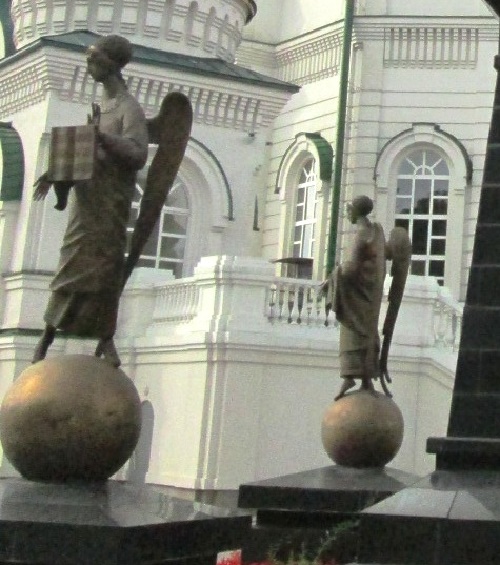 Figures of angels to the monument of Mitrofan of Voronezh 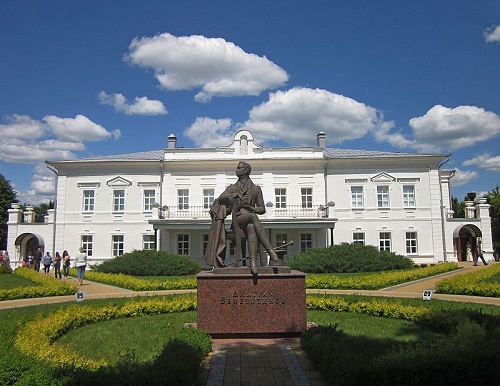 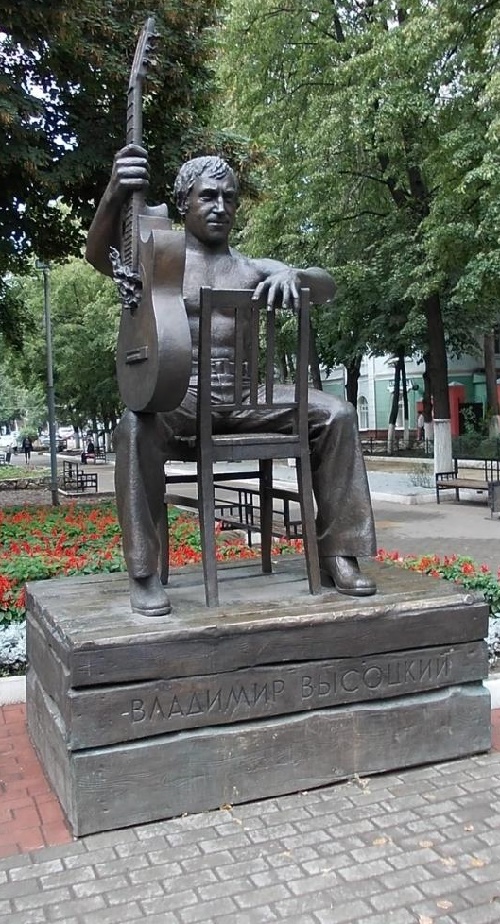 Monument to Vladimir Vysotsky in Voronezh 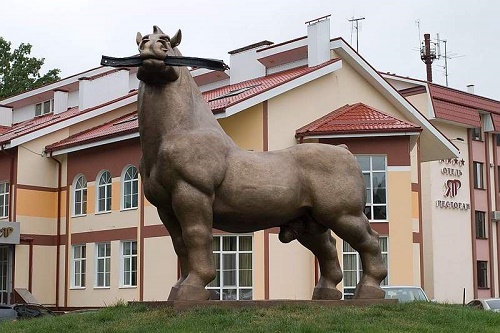 Anatomy of a horse is unusual – the tail is cut off, like a bulldog, expression of muzzle of a horse – severe, and in its teeth clamped a piece of iron rail 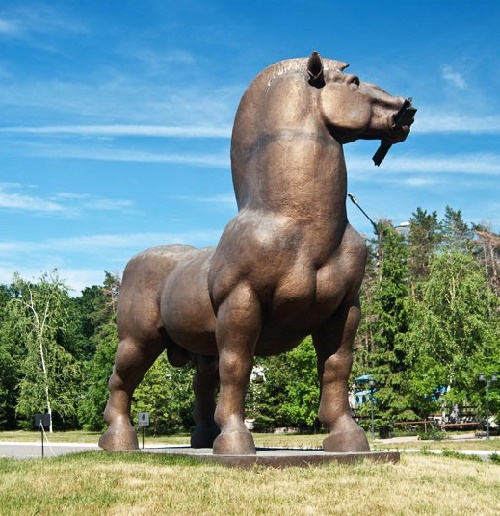 Yaryzh, the horse monument in Voronezh 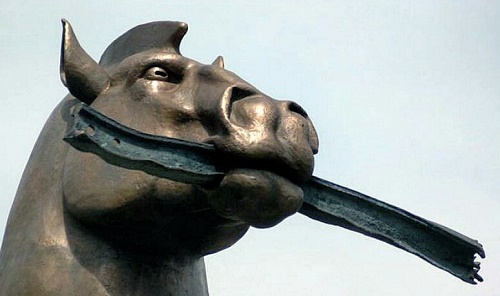