Monument to the artist Vasily Polenov in Klimovsk, Dubrava park

The city of Klimovsk in the Moscow Region is one of the districts of the city of Podolsk and is located 21 km from the Moscow Ring Road. On the site of today’s Klimovsk in the 19th century there was the village of Klimovka, which was mentioned in 1826 in the records of the local historian Mikhail Nekrasov. A railway passes through Klimovsk and divides the city into the eastern (Spring) and western (Hryvno) parts. One of the sights of the city is the Dubrava Park of Culture and Leisure. The park is located between st. River and st. Victory. The territory of the park is 37 hectares.

The main part of the forest on the territory of the park is occupied by oak.

The park is very beautiful and interesting for lovers of fishing, hiking, cyclists, lovers of active recreation.

Here the artist lived both happy and tragic years associated with the loss of his first son. Vasily Polenov worked a lot during these years. It is in the Podolsk district that he makes sketches for his famous painting “Christ and the Sinner”, draws many scenes inspired by the local nature.

In the summer, he traveled to his estate by train, got off at the Klimovka station (since 1903 Hryvno), and then went to Menshevo in a cab. At the Klimovka station there was a post office from where the artist sent letters to relatives and friends. In one of the letters to his wife, Natalya Vasilyevna Polenov, writes: the area is wonderful, green, the road to Yushino or Yudino is much better even than to Podolsk Klimovka station is very nice.”

For the Podolsk land, the name of Vasily Dmitrievich Polenov is significant. Therefore, it was decided to install a sculpture of the artist in the Dubrava park. Honored Artist of Russia Alexander Alexandrovich Rozhnikov worked on the sculptural composition. 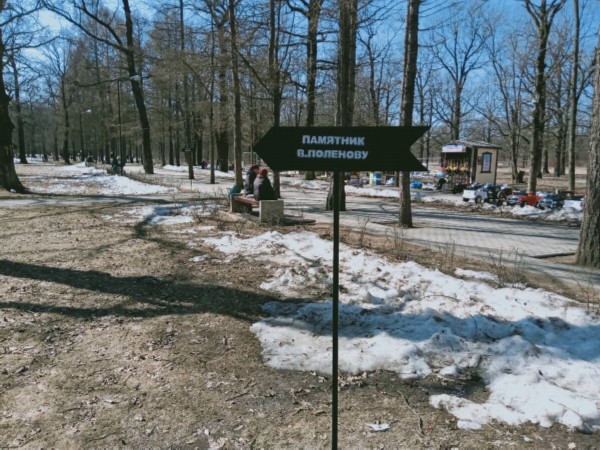 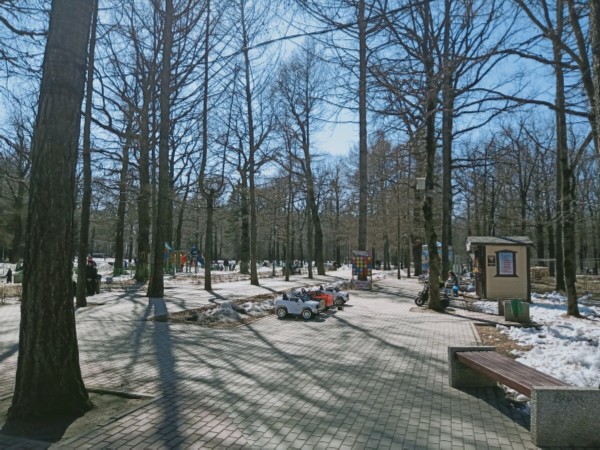 A fabric is thrown over the frame, as if revealing another masterpiece of painting, a small dog is at the feet of Vasily Polenov.

Another hero of the composition is the cat. The baguette frame is through and every visitor to the park can take a picture and become a part of the picture. Alexander Rozhnikov suggested attaching a plate with the title of the work to the frame, which V.D. himself might have given him. Polenov: “Klimovsk. Oaks. 2017”.

The canvas of the painting constantly comes to life not only thanks to the visitors of the park, but also to nature. 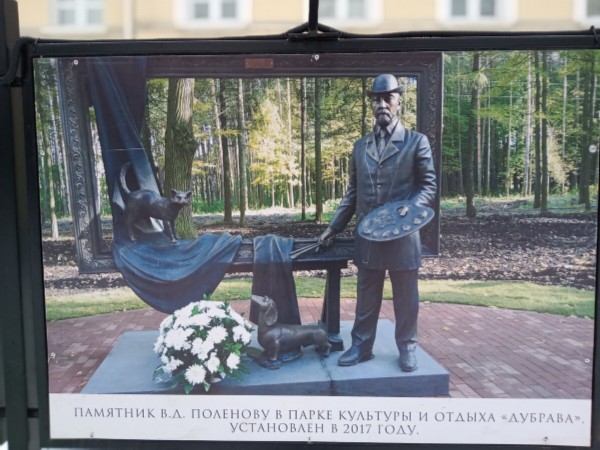 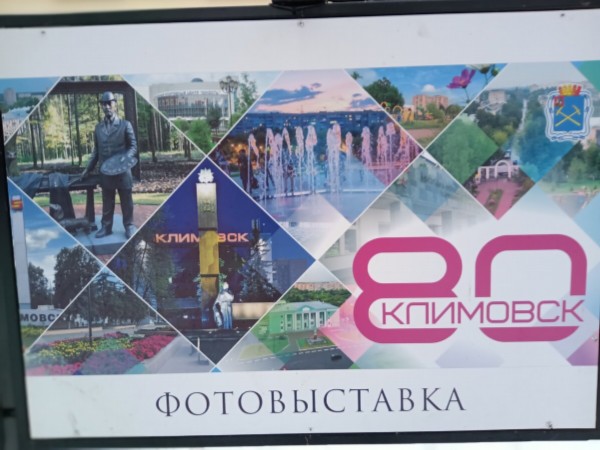