Modern Krasnodar is a large industrial center in the South of Russia.

One of the most dynamically developing cities in the country. The city is spread out on the right bank of the Kuban River, 90 km from the Black Sea and 120 km from the Azov Sea. The history of the city began in the summer of 1792, when Catherine II issued a Chartered Letter to the Black Sea Cossack army. According to the Charter, the Kuban land was transferred to the Cossacks who lived and served on this territory for eternal use.

The borders of the donated territory were the Kuban River and the Sea of ​​Azov, and from the east – the line of the Laba River estuary to the city of Yeisk. Under the leadership of the military ataman Zakhariy Chepega, a year later, the city was founded, where the Karasun River flowed into the Kuban. The city was named Yekaterinodar (Gift of Catherine the Great). 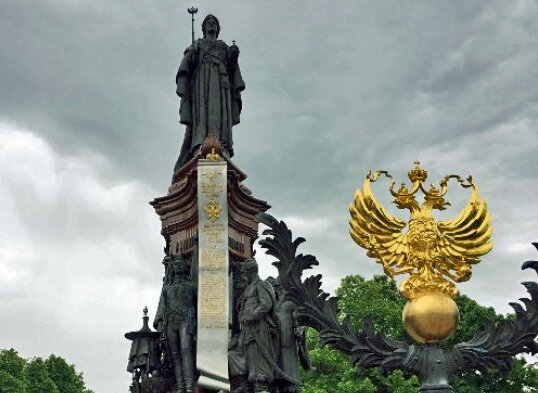 In 1794, the first population census was carried out in the city: 586 inhabitants, 9 houses, 75 huts and 164 dugouts. The monument to Catherine II in Krasnodar is one of the symbols of the city restored on the site of the monument to the empress, opened in 1907 and destroyed by the Bolsheviks in 1920. 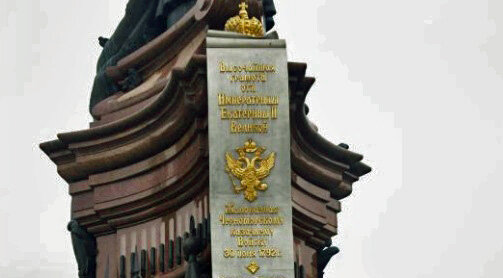 The project of the monument was conceived for the 100th anniversary of the resettlement of the Cossacks of the Black Sea army to the Kuban.

According to his plan, the monument to Catherine was to become “a visual history of the Kuban Cossack army from its beginning to the present day.” The sculptural composition includes not only the Empress, but also Prince Grigory Aleksandrovich Potemkin-Tauride and the first kosh chieftains of the army. The solemnity of the sculptural composition is added by the Zhelnaya Diploma unfolded to the full height of the pedestal on a special marble tablet and the list of victories won by Russia with the participation of the Kuban Cossacks.

Complete M.O. Mikeshin did not have time – he died suddenly. In August 1896, Mikeshin’s widow, Maria Petrovna, presented a model of the monument in the Grand Palace of St. Petersburg, which was examined by the emperor and his wife, Count I.I. Vorontsov-Dashkov and the head of the main directorate of the Cossack troops, Lieutenant General V.A. Bunakov and others. The design of the monument was approved and allowed for installation.

The work on the monument was continued by the sculptor Boris Vasilievich Eduards.

In the fall of 1896, the foundation was poured, but it took 11 years to complete the project. On May 6, 1907, the monument to Catherine II was inaugurated in Yekaterinodar. While singing church hymns, the Cossacks and townspeople walked along the street. Red and Fortress Square to the place where the monument was erected, covered with a canvas blanket. A prayer service was performed and the veil was thrown off. The bronze figure of Catherine II appeared in its brilliant splendor. Bells rang in all city churches, the Russian anthem played and 360 cannon shots rang out. 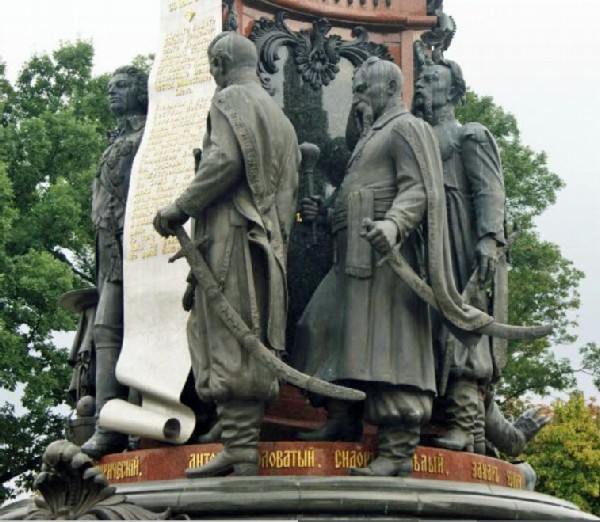 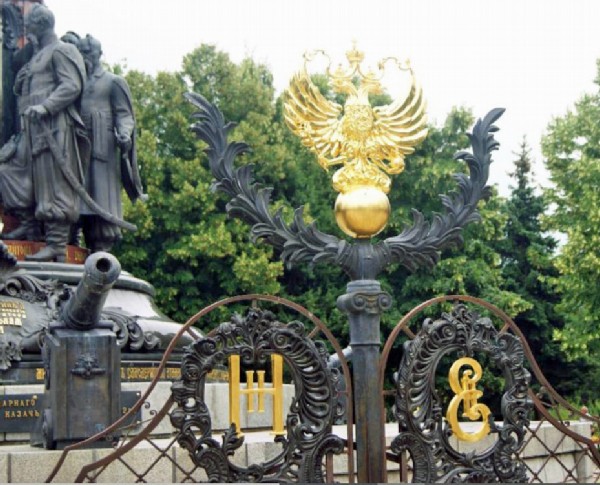 The total height of the sculptural composition from the pedestals is 13.8 meters. The sculpture of Catherine II is 4.2 meters high and weighs 3 tons. It took 25 tons of bronze, 12 tons of cast iron, and 80 grams of gold leaf to make the monument. Unfortunately, in 1920 the monument was dismantled, and in 1931 it was handed over to be melted down. 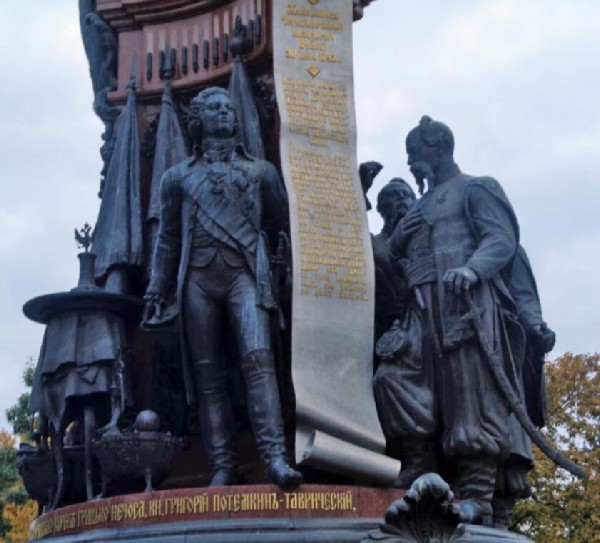 In 2002, the Governor of the Krasnodar Territory – A.N. Tkachev initiated the restoration of the monument.

The monument to Catherine II was recreated according to drawings, sketches and archival documents of M. Mikeshin, photographs. The author’s group of artists was headed by Honored Artist of Russia A. A. Apollonov. The casting of the monument was carried out by the art casting workshop of the Rostov State University, and the architectural and sculptural attributes were made by the Krasnodar compressor plant.

On September 8, 2006, a monument to Empress Catherine II was inaugurated at the same place where it had been until 1920. The monument, erected in the Catherine Square, is considered to be the place where Krasnodar was founded.