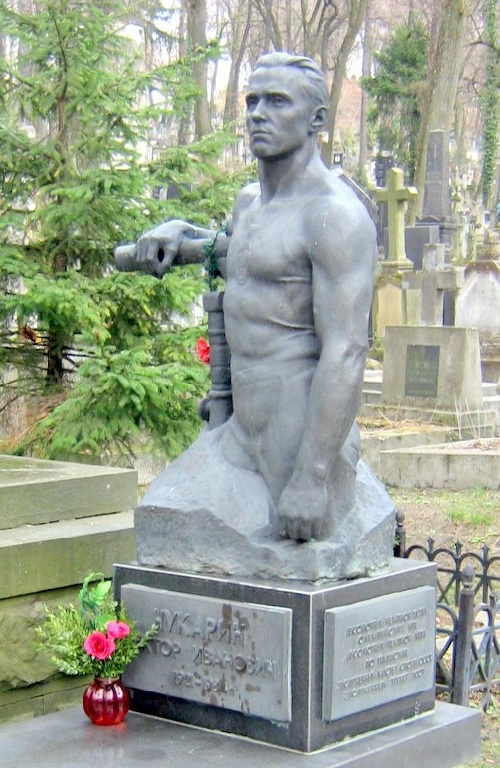 The monument to Viktor Chukarin (9 November, 1921 – 25 August, 1984) reveals a unique story of Soviet gymnast. He rarely smiled, was very silent and never told about the past. But his past was worth, at least, writing a book, or making a film. The man, prisoner number 10491 of Buchenwald, passed through war, starvation, seventeen of Nazi concentration camps, “barge of death” survivor, and, despite of this, has become a seven-time Olympic champion and one of the greatest athletes of the world! Life of Viktor Ivanovich Chukarin – is not just an example of strength and spirit. His life can be a great lesson in courage, patience, and struggle. Nowadays, many young men complain of a hard life, talk about problems. And who knows, maybe the story of Chukarin can make them look at life differently. 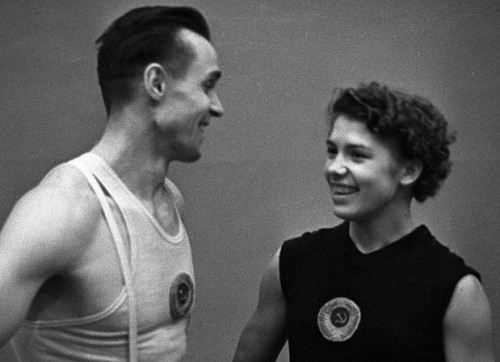 Viktor Chukarin was born 21 November 1921 in the the village of Red Army of Donetsk region, in the family of Don Cossack and Greek. The family soon after the birth of their son moved to Mariupol, where Viktor went to school. From the first years of education at school, thanks to his physical education teacher, he has been actively engaged in gymnastics. In addition to gymnastics, Viktor was fond of football, swimming, and boating. In the 30s of the twentieth century, even in a poor and closed country, the sport was one of the main priorities of the political system. It was during those years in the Soviet Union appeared the legendary TRP (“Ready for Labor and Defense”) standards. 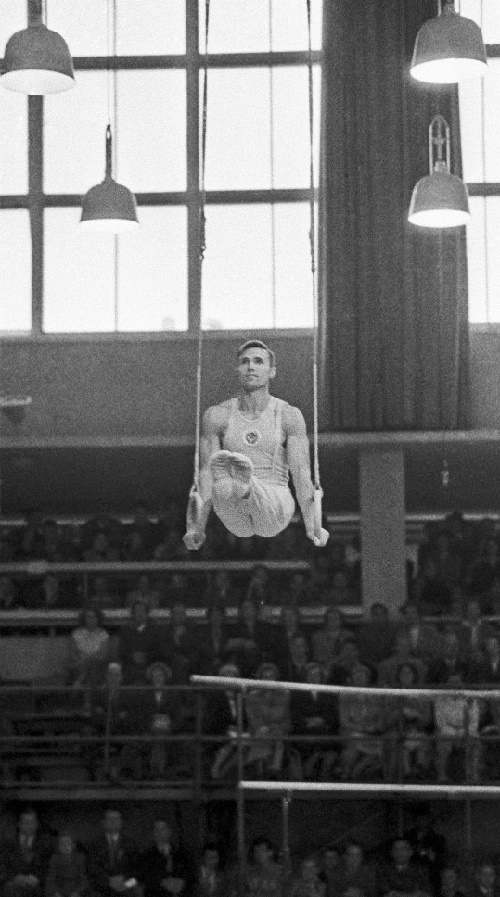 After school, Viktor Chukarin entered the Mariupol Metallurgical College, from which he transferred to the Kiev College of Physical Education. 19 year-old Viktor Chukarin won the title of Champion of Ukraine and fulfilled standard of master of sports of the USSR. An ambitious athlete dreamed of success on the national championship, but the tragic day of 22 June 1941 changed the life of Viktor Chukarin as well as the lives of tens of millions of other Soviet citizens. In 1941, nineteen-year-old athlete was forced to take up arms and defend his homeland.

At the beginning of the war Chukarin was a gunner in 1044 Regiment, 289th Division of the Southwestern Front. During the hostilities in Poltava Viktor Chukarin was injured, wounded and taken prisoner. The Stalag X-B (Sandbostel) concentration camp replaced his name to “10491” number. And began the hell, which stretched out on a long three and a half years. He went through 17 German concentration camps, including Buchenwald, through overwork, disease, famine, when every day could be the last.

Once, unable to bear the torment, he threw himself on the barbed wire of high voltage, the other time, he obediently waited his turn in the gas chamber. Nevertheless, Viktor used every opportunity to do gymnastics, and even learned gymnastics from the German guards – gymnastics before the war was a cult sport in Germany, and athletes in this country considered the strongest in the world.

The last months of the war, Viktor Chukarin spent in the camp in the far north of Europe. In early May 1945, when Berlin fell, the camp inmates were driven onto a barge and taken out to sea. According to the prisoners, witnesses of Nazi crimes, the German High Command ordered to get rid of them. But, some miracle happened and they did not sink a barge. The overcrowding vessel with exhausted prisoners drifted at sea, and the British patrol saved them from death. 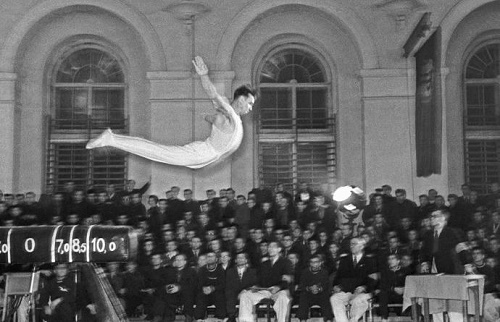 When Viktor came home, he was not a brave athlete, but a human shadow. The skeleton covered with skin, eyes of very old man, even his own mother did not recognize him. Only the scar on his head since childhood convinced the woman that in front of her is really her son. “Goner”, weighing 40 kilograms had to think not about the sport, but about the restoration of health – so considered everyone, including friends of Viktor.

But Chukarin thought otherwise. He decided to continue his studies and, after failing to enter the Kiev Institute of Physical Culture, enrolled in the same university, has just opened in Lvov.
He gradually gained shape. In the first postwar national championship in gymnastics in 1946, he finished on 12th place. For a man, who the year before was between life and death, it was a huge success, but Chukarin had quite different purpose.

In 1952, at the Olympic Games in Helsinki Chukarin joined the USSR Olympic team. The result was the gold medal performance in the team competition and the victory of Viktor Chukarin in the absolute superiority. From Helsinki, the 31-year-old Chukarin returned in the rank of four-time Olympic champion. Two years later, in 1954, he became a three-time world champion. 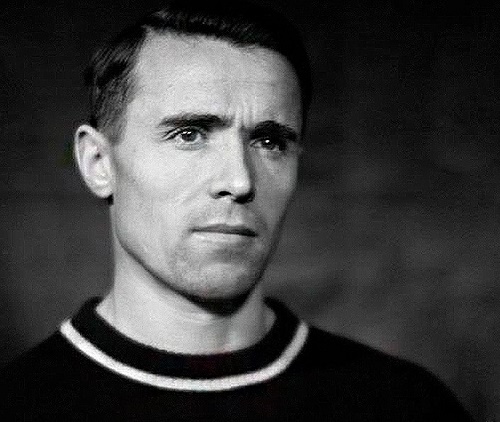 In the entire history of the Olympic tournament in gymnastics only three athletes could become the twice absolute Olympic champions – the Italians Alberto Braglia, Japanese Kato Sava and Viktor Chukarin. But neither the Italian nor the Japanese has not experienced what Soviet athlete experienced on his way to success.

In 1957, Viktor Ivanovich Chukarin was awarded the Order of Lenin. After finishing his sports career he moved into coaching, but to achieve the success of their coach, the disciples could not.

Viktor Ivanovich Chukarin died 25 August 1984, he was only 62. At his funeral in Lvov gathered friends, teammates, students. But the years go by, and the glory of sport is not eternal. Today about Viktor Chukarin remember only fans with the experience of gymnastics. And it is extremely unfair …