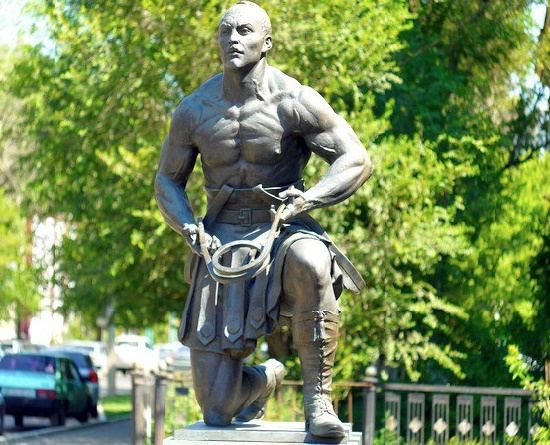 Several decades from the circus billboards of many countries the name of Amazing Samson, did not descend. The repertoire of power performances of the Russian athlete Alexander Zass (1988-1962) was astonishing. In particular, he carried a horse or piano in the arena with a pianist and a dancer on the lid. Besides, he caught a 90-kilogram core, fired from a circus gun from a distance of 8 meters. Also, he could held in his teeth a platform with a piano and a pianist; lying naked back on a board, nailed with nails, was holding on his chest a stone weighing 500 kilograms, and more. In addition, in the famous attraction of the Man-projectile, he caught an assistant, flying out of the vortex of a circus gun. In fact, performances of Alexander Zass enjoyed great popularity. This is due not only to the original athletic numbers, but also to the fact that he was not like many of the strongmen of that time, who had massive figures and heavy weight.
His height – 167.5 centimeters, the weight did not exceed 80 kilograms, chest circumference – 119 centimeters, biceps – 41 centimeters. According to him, big biceps are not always an indicator of strength, just as a big belly does not talk about good digestion. The main thing is strength is will, strong tendons and ability to control your muscles. 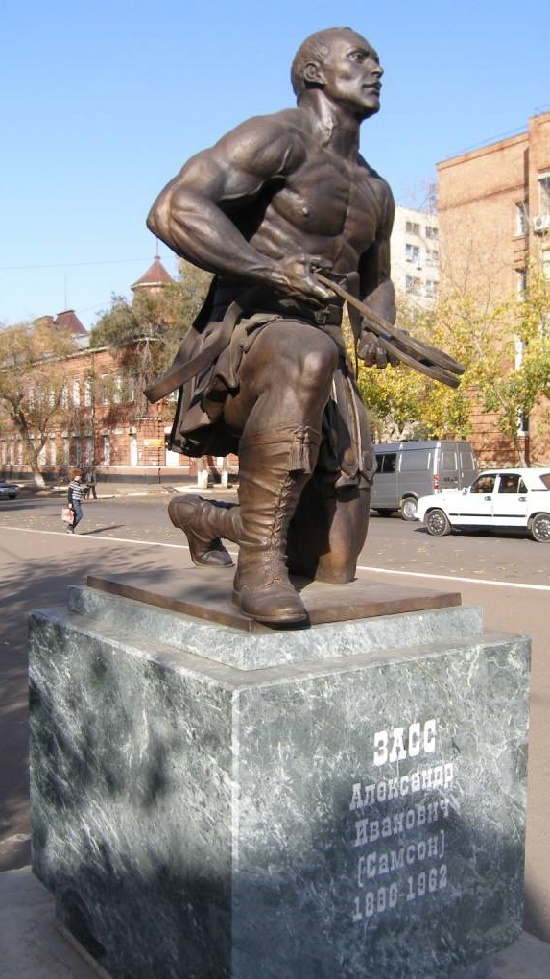 Born in 1888 in the city of Vilna, Zass grew in a large working family. Soon his family moved to Saransk. Once, his father took Alexander with him to the circus. The boy looked with admiration at the riders, acrobats, and trained dogs. But especially he liked the mighty strongman, breaking the chains, and bending the horseshoe. At the end of his speech, the artist, traditionally turned to the public, inviting those wishing to repeat some of his tricks. Several brave men went out to the arena, but none of them could neither bend the horseshoe nor tear off the ball bar with a very thick neck. Under the laughter of the spectators, the brave ones returned to their seats. There were no more people. And suddenly, Alexander’s father, Ivan Petrovich Zass, got up from his seat and, stepping over the barrier, went out into the arena.

Alexander knew that his father was very strong. Sometimes he showed his strength to the guests. And so, the strong man handed his father a horseshoe. And to the surprise of the audience and the athlete himself, the horseshoe in the hands of Father Alexander began to unbend. The audience applauded, shouted Bravo!

Since then, Alexander fell ill with a circus. In the backyard of the house, with the help of adults, he set two horizontal bars, hung up a trapezoid, got hold of household weights, and made a self-made primitive bar. And so, little Alexander with incredible tenacity began to train. Alexander wanted to become a real circus artist, and most of all a strong man. 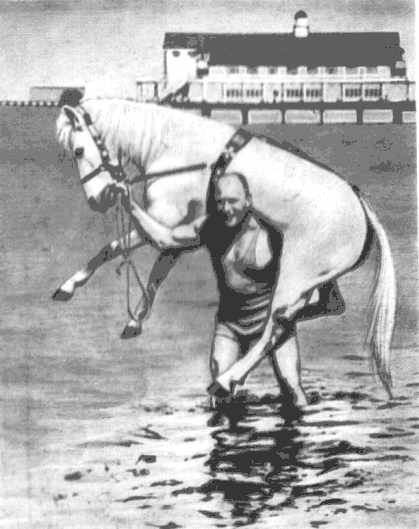 Once in the circus, Alexander acquired professional skills in many genres: aerial gymnastics, virtuoso horse riding, and wrestling. At one time he worked as an assistant to the famous trainer Anatoly Durov, then he was an assistant to the athlete Mikhail Kuchkin. He often told the young athlete: “One day, my child, you will be a very famous strongman, I have never seen anyone, who would be as strong as you, with such a small height and weight”.

These words came true. About sixty years Zass worked in the circus and almost forty years he performed with athletic numbers. And in 1924 in the English magazine “Health and Strength” his portrait appeared next to the portraits of his idol Eugeny Sandov. … 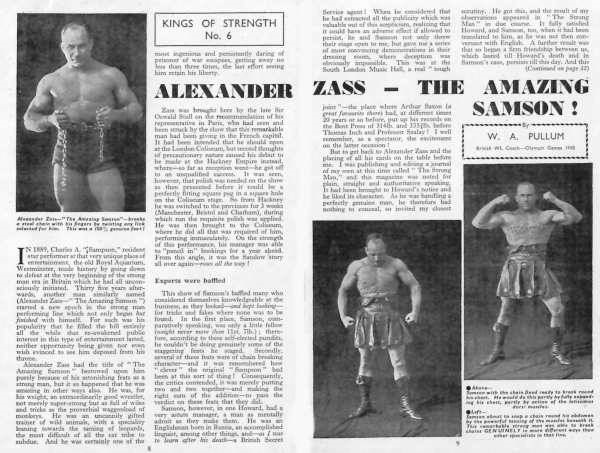 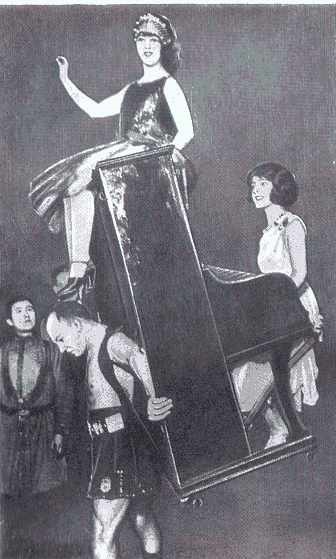 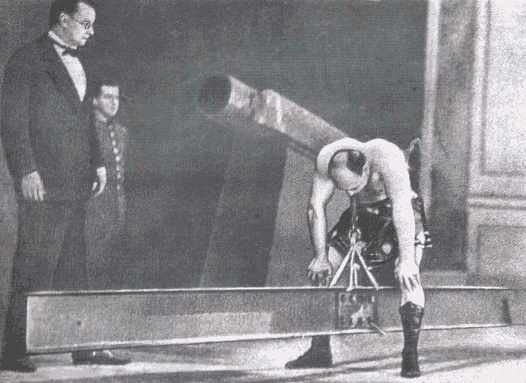 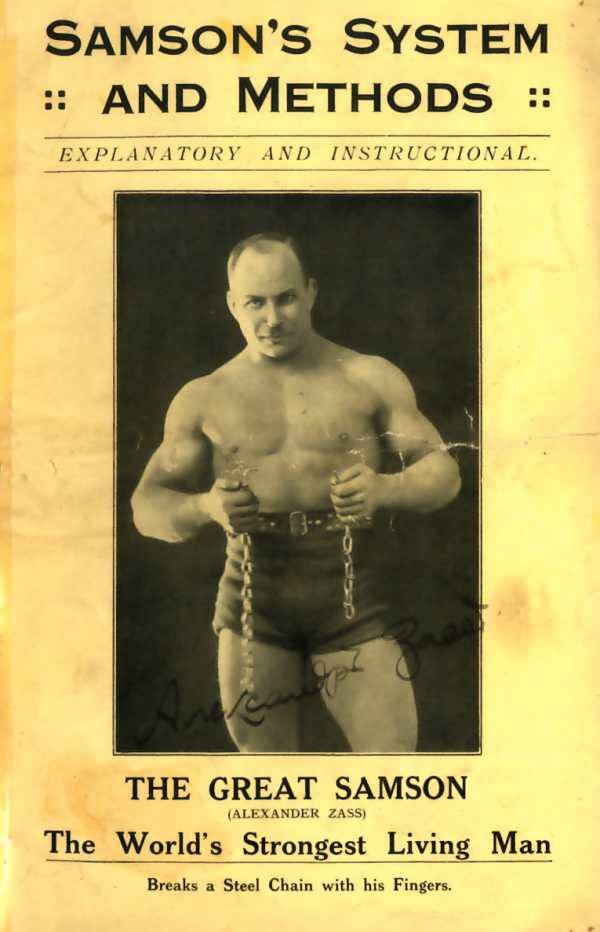 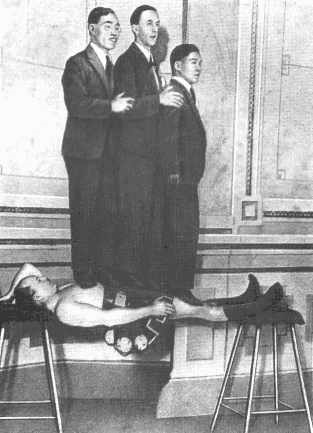