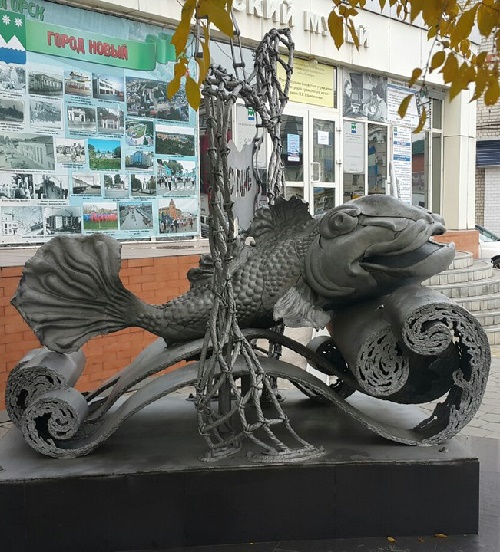 12 June, 2010 in the city of Belogorsk of Amur region appeared Monument to fish Amur sleeper

At the entrance of Belogorsk Regional Museum is a monument to the usual Amur fish Rotan. The natural habitat of the fish – the Far East, it is unpretentious and demonstrates fantastic vitality and cheerfulness. The monument is made of metal and hoisted on a base of 2 to 1.3 meters. The height of the monument is 2.5 meters. Weight is about one and a half tons. Besides fish, the sculptor portrayed the network and waves. By the way, monuments in honor of fish are very rare.
In summer 2009 Belogorsk administration announced a competition for the best idea of the monument. Residents actively participated and sent to the contest more than a hundred proposals. The author of the best ideas became a graduate of the Gymnasium of Arts Irina Lesnikova, who proposed to perpetuate the Amur rotan. Opening of the monument took place on June 12, 2010 during the celebration of the 150 anniversary of the city. 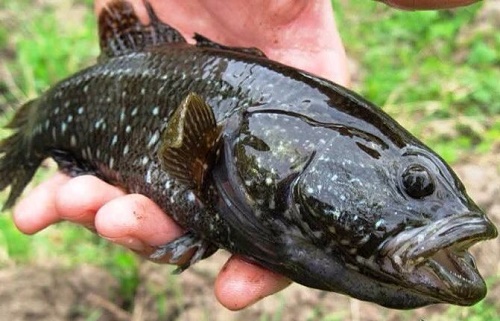 Popular in the Far East fish – Amur sleeper, also known as Chinese sleeper, but the locals call it Rotan 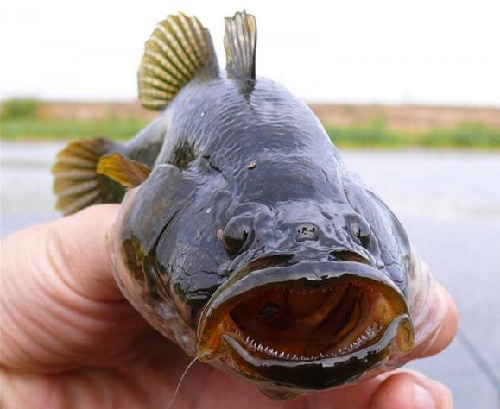 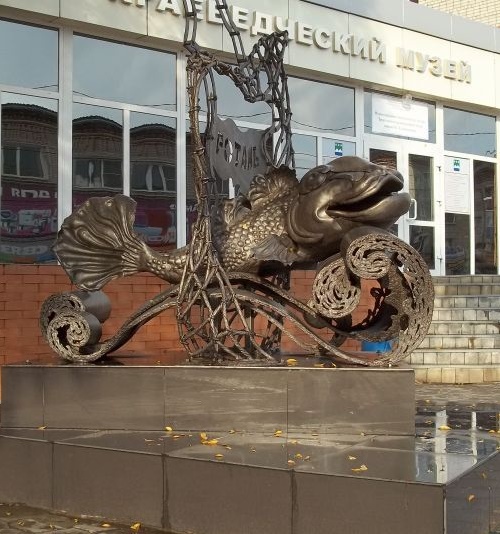 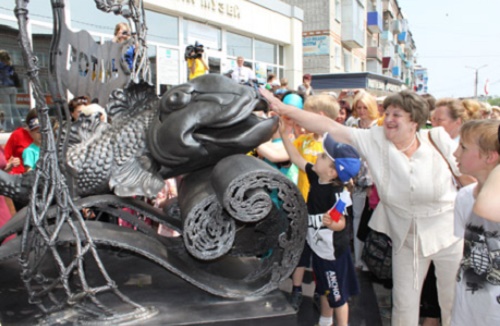 Visitors enjoy visiting and rubbing the metal sculpture of Rotan fish, which decorates the entrance to regional museum of local lore 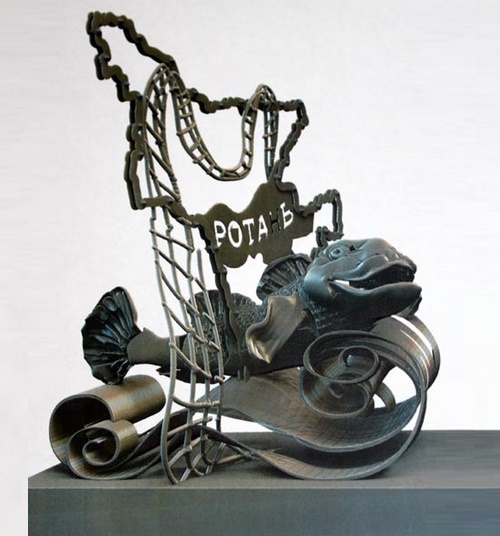 Sculpture of Rotan fish, known as Amur sleeper, was made in Irkutsk and transported to Belogorsk just to the anniversary, 150 years of the city 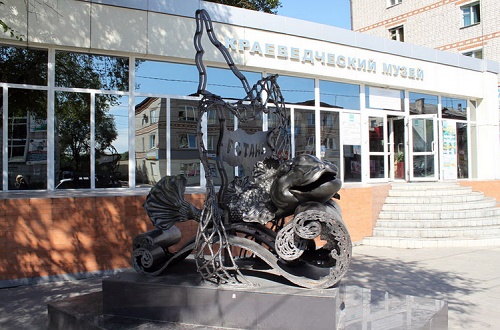 Made in Irkutsk and transported to Belogorsk just to the anniversary, 150 years of the city, monument to Rotan fish