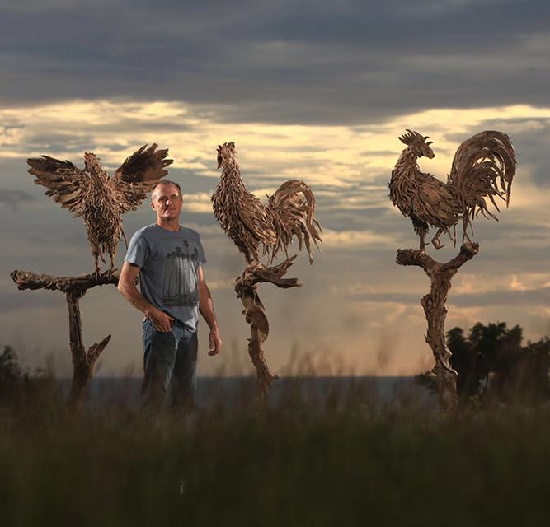 Born in 1967, Doran-Webb is a British sculptor living in the Philippines. James spent his early childhood in Devon. Meanwhile, his parents, art historians and antique researchers, travelled a lot and took James with them. Accordingly, he spent his teenage years in various cities getting acquainted with the antiques restoration and, in particular, with art. In addition, he had to change cities and schools during his traveling. Basel, Switzerland, Italy, the US and France… Having returned to London he entered The Courtold Institute to study art. However, very soon he had started his own antiques business selling items at Portobello Market. 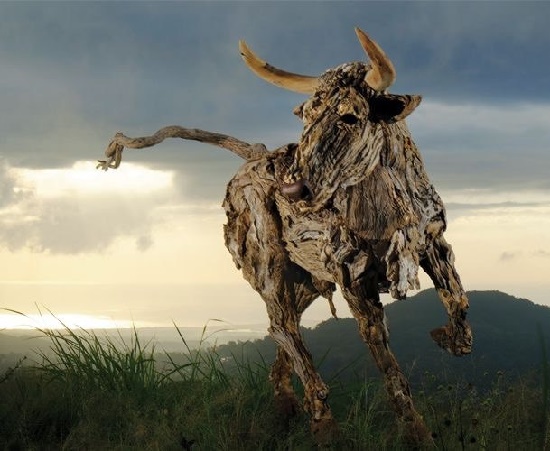 According to the artist, he has always loved antiques, and had experience in working with wood, making models and miniature sculptures since he was a small boy. Besides, he helped his parents during the years of traveling in the workshops of his parents’ antiques restoration company.

His trip to the Philippines in 1989 has become love at first site. The nature with its beaches, wildlife and traditional folk art attracted James. A year later, in 1990 began his own business there designing and making wooden objects, furniture and large papier mache animals.

He creates stunningly realistic animal sculptures in full size. In the collection of the master there are bears, hares, lions, deer, dogs and even dragons, but most of all horses. The sculptor brilliantly reproduces the animals in motion, which makes them powerful, expressive and truly alive.

According to the sculptor, he finds material for his sculpture on the shore of the ocean and rivers. This is a “snuffle” – driftwood, thrown ashore. The master believes that working with antiques allowed him to see the potential in what others can classify as waste. Look! This is truly a work of art 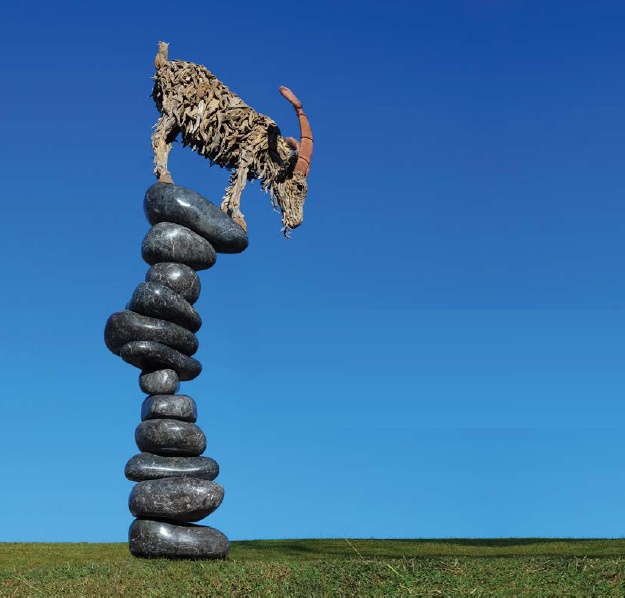 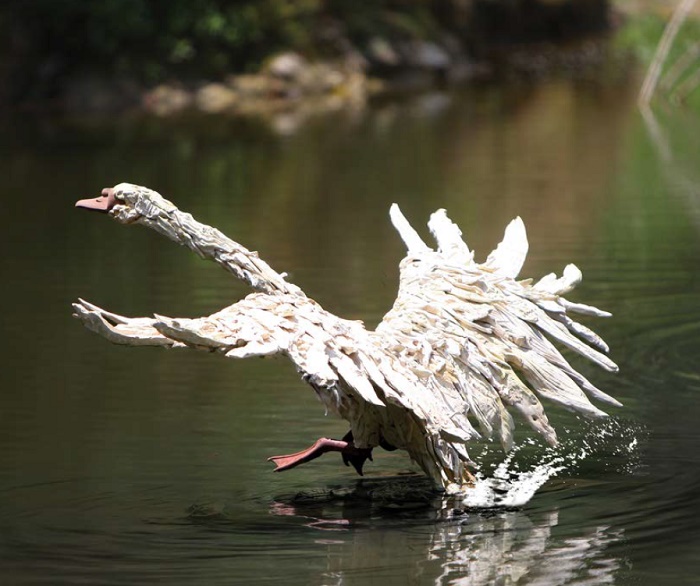 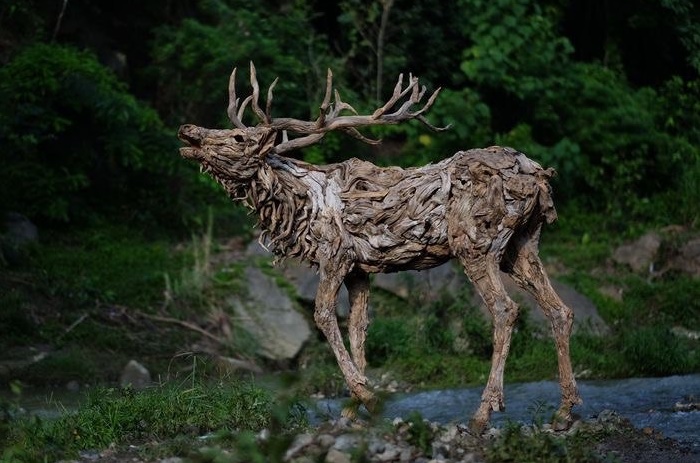 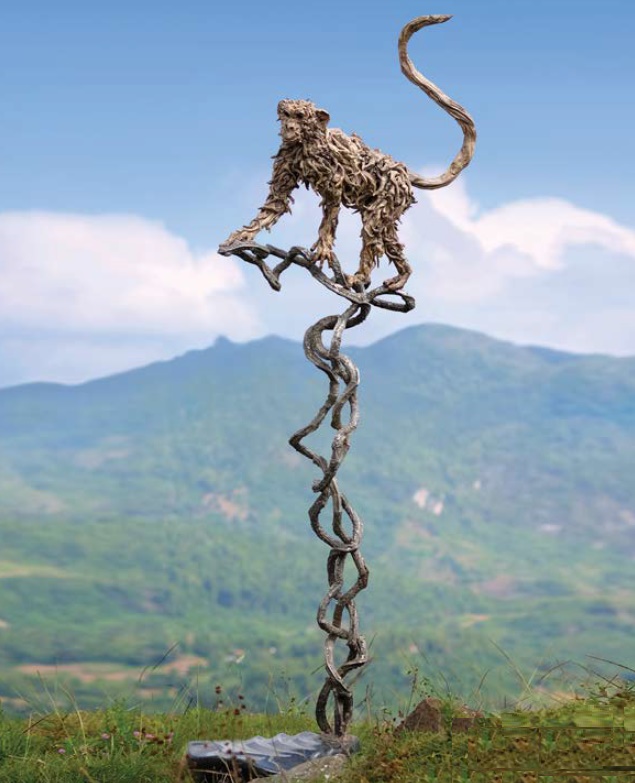 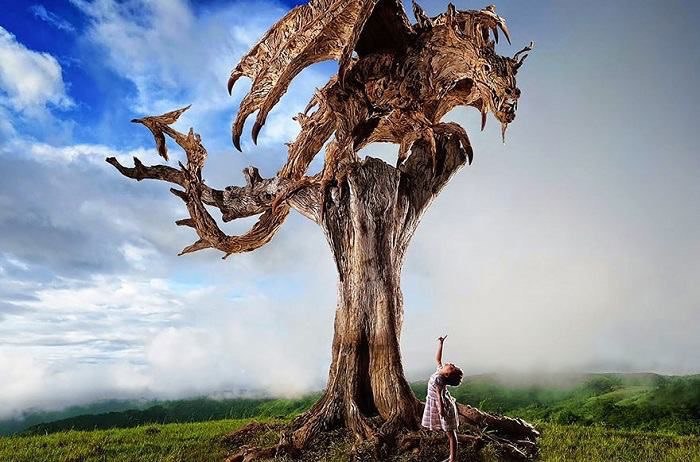 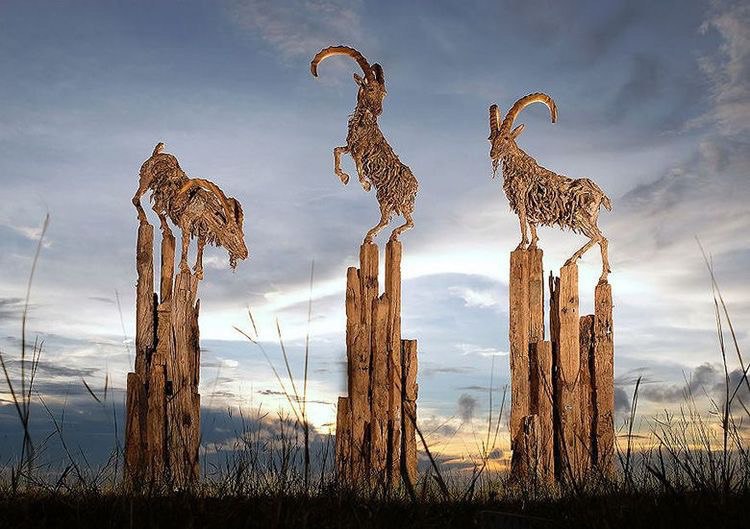 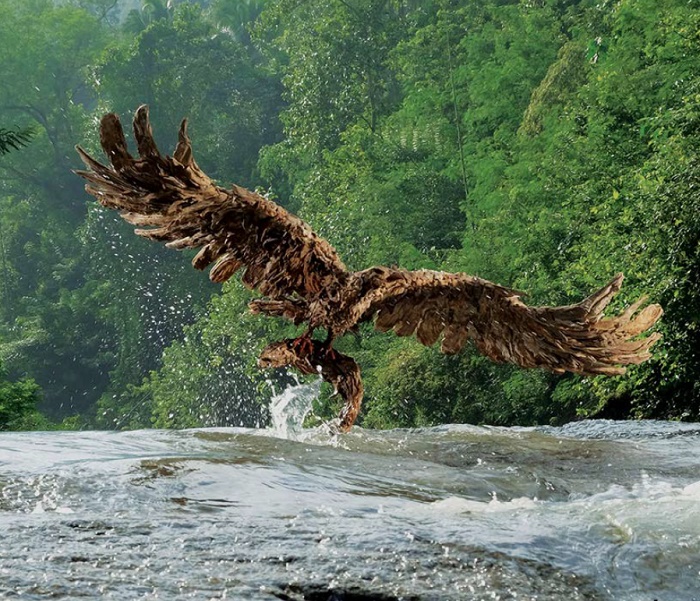 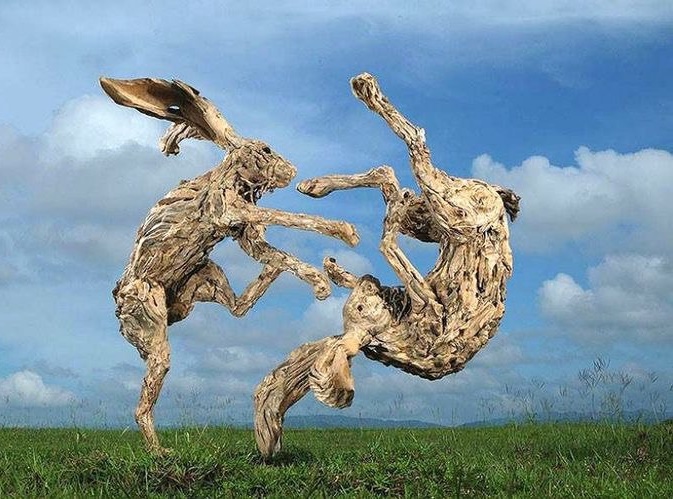 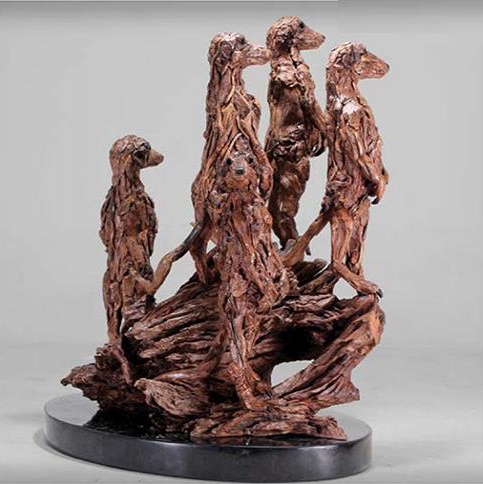 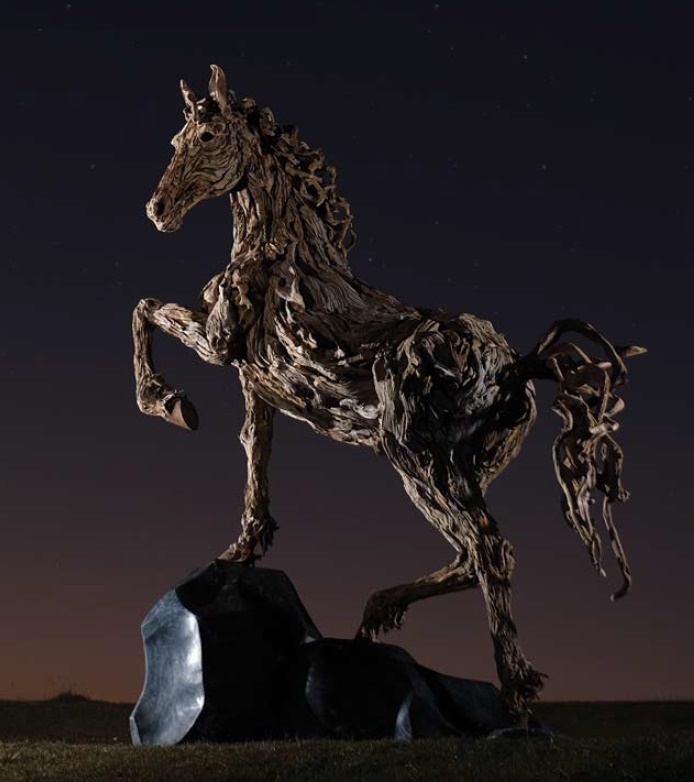 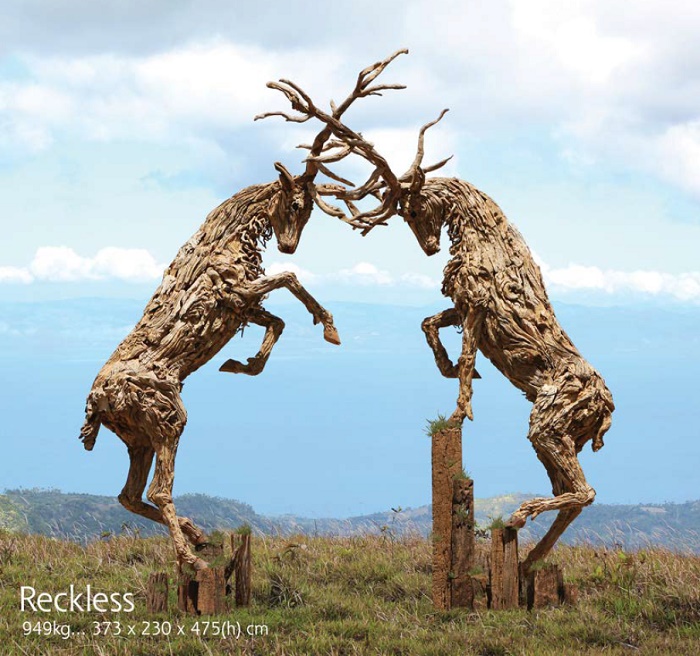 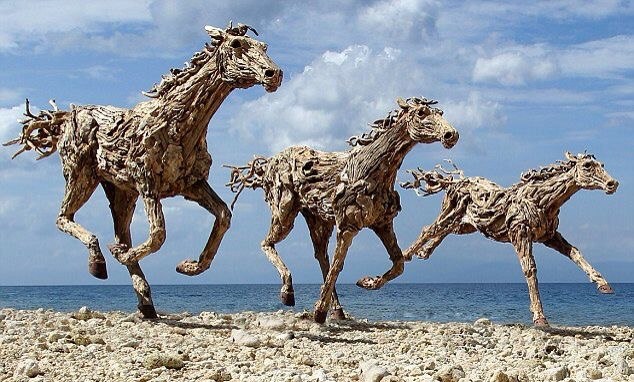 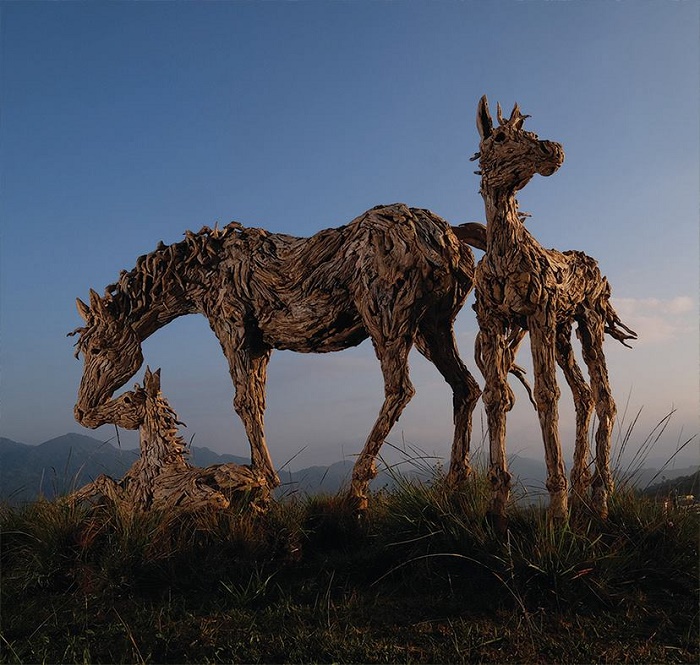 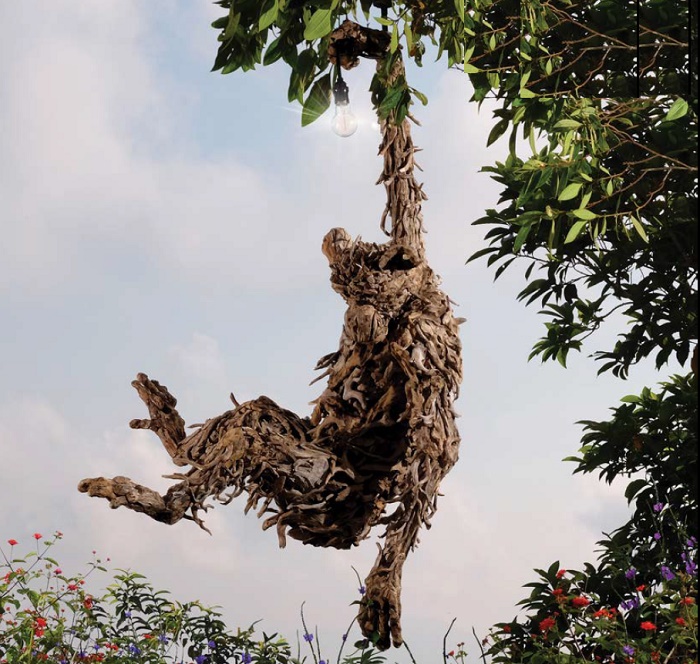 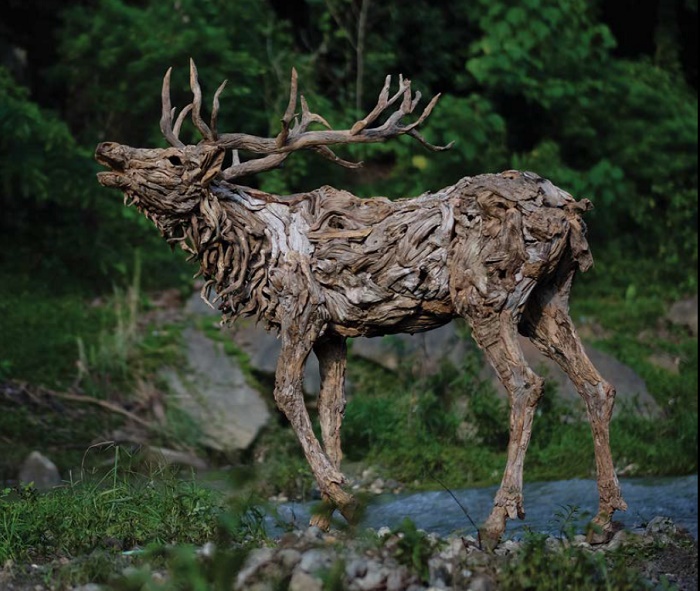 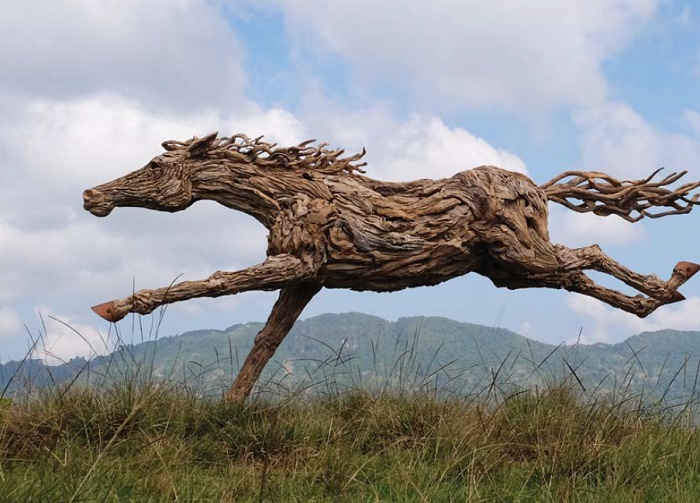