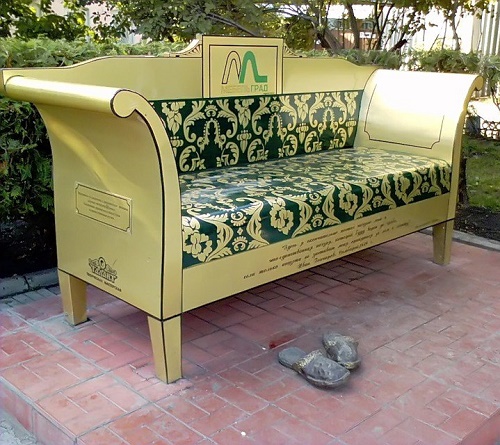 In Ulyanovsk (former Simbirsk) in the homeland of Ivan Goncharov, author of the novel “Oblomov” appeared monument to the sofa of the famous character of the novel Ilya Ilyich Oblomov. Opened in 2005 monument decorates the park near the street bearing the name of the writer. The author of the idea – a local historian Sergei Petrov. According to his vision of the sofa, it is a “philosophical” monument. The monument is made of advanced composite materials, so it is quite possible to sit on the sofa and speculate on philosophical topics. The local art museum prompted the image of the sofa, which resembles a coach of the first quarter of the 19th century, the era when Ivan Goncharov was born. The inscription on the philosophical couch reads: “Here I understand the poetry of laziness and will be faithful to it until death, if only need doesn’t force me to take up the crowbar and shovel. Ivan Goncharov. Simbirsk. 1849….” In addition, next to the bed are metal slippers. And on the couch – a plate “Mebelgrad” … 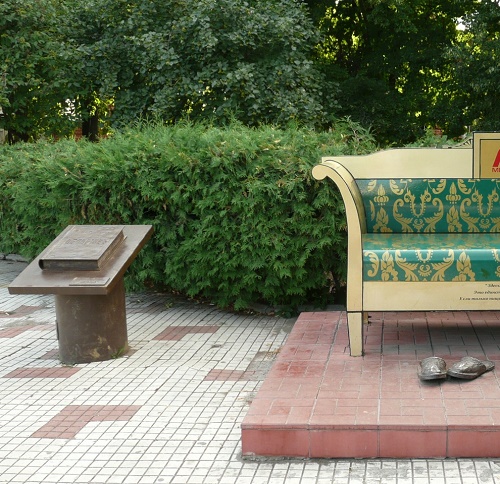 Ilya Ilych Oblomov is the main character of the novel by Ivan Goncharov, and a symbolic character of the 19th-century Russian literature. A young, and potentially strong man, Oblomov was unable to make important decisions, or undertake any significant actions. Thus, he even didn’t leave his room and preferred to spend all his time on his favorite sofa. And only there, he was truly happy, remembering the childhood peacefulness and the safety provided by his mother. Although his life was short, but happy. And nowadays, the phrase “like Oblomov” is often used to characterize any lazy person. 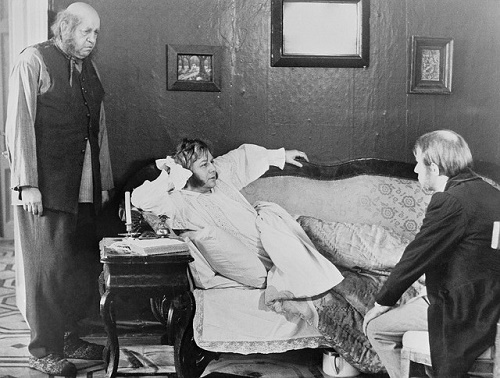 A Few Days from the Life of I.I. Oblomov. 1979 film by Nikita Mikhalkov

The classic of Russian literature, Oblomov was adapted to the cinema screen and TV dramatizations. Perhaps, most known of them is 1979 film “A Few Days from the Life of I.I. Oblomov”, director Nikita Mikhalkov. In 1981, the film got an award as the “Best Foreign Language Film for 1981”, according to the U.S. National Board of Review. 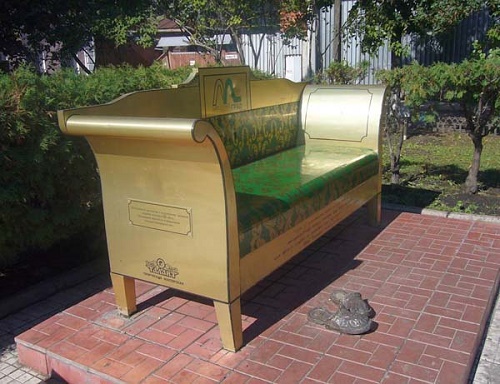 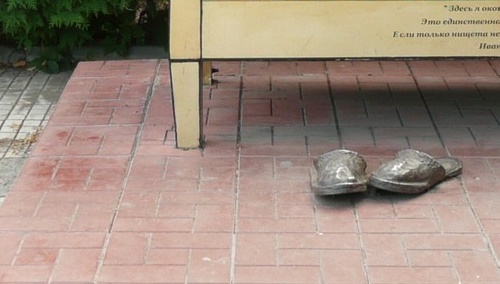 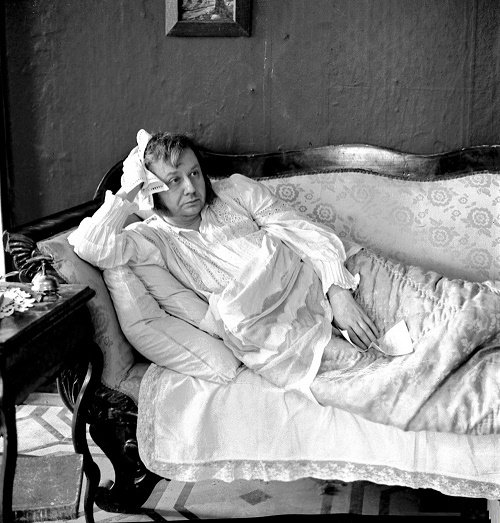 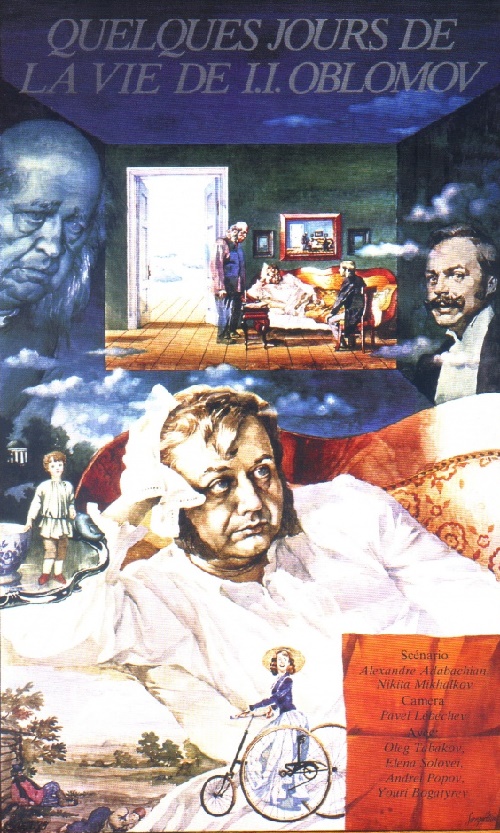 Poster for 1979 film ‘A Few Days from the Life of I.I. Oblomov’, director Nikita Mikhalkov