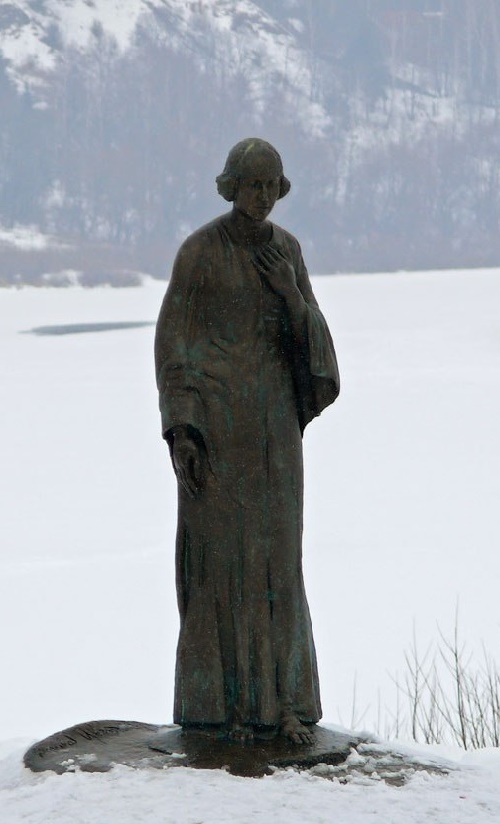 “I do not accept eternity!
Why did you bury me?
I don’t like to be underground
Taken from my beloved land! “

And on her beloved land, in Russia, constantly appear monuments, sculptures and plaques perpetuating the memory of the poetess. And one of the most famous, perhaps, is the monument on the shore of the river Oka in Tarusa. Here Marina Tsvetaeva – the prodigal daughter, barefoot, and bent, as if always guilty, stands with her back to the river. Nevertheless, monuments to Tsvetaeva do not decorate every park and every public garden, or a street of every city. And this is right.
“Glory! – I did not want you:
And I couldn’t cope with you.”
M. Tsvetaeva.
Even during her lifetime, she was not controllable by anyone or anything. August 31, 1941 Tsvetaeva committed suicide. The poetess was buried in the city of Elabuga, the Peter and Paul Cemetery. 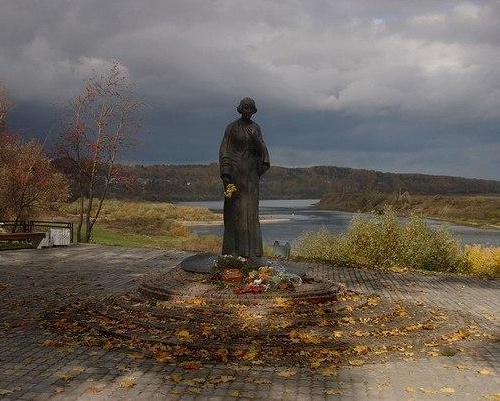 A remarkable monument of Tsvetaeva – mountain ash, yellow maple leaves, the river and she is alive and defenseless, as in life. Sculptor Boris Messerer

In addition to monuments, plagues, and sculptures, there are museums devoted to her. Among them – museum on Sretenka Street in Moscow, two museums in Vladimir region, Feodosia, and Bashkortostan.
From “Florentine Nights”:
“Love me great, love me beautiful, love me all sorts! As for me, I always wanted and even demanded to love me for what I am. Not for what, in your opinion, I could be, or should be. Do not judge me worse than I was created by nature – or make a mirror – that’s all that I humbly beg from the artist and lover. Take a look at me with all the steadfast of your eyes and “create” a woman who is near… As for me, I have been already created, and created by God. The best creator. That’s me. If I upset you – forgive me for what I am”. 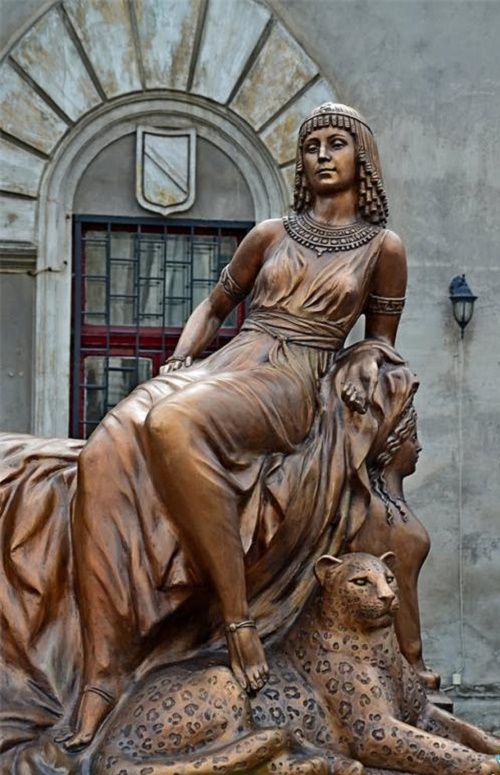 More recently, in Odessa, appeared a sculptural composition depicting two famous poetesses of “Silver Age” – Anna Akhmatova and Marina Tsvetaeva. But, in fact, their image is far from reality. On the pedestal – two charming Egyptian bronze ladies, and at the feet of these beautiful women – two leopards. On the side of the monument depicted a Coptic cross – a magical sign symbolizing eternal life. 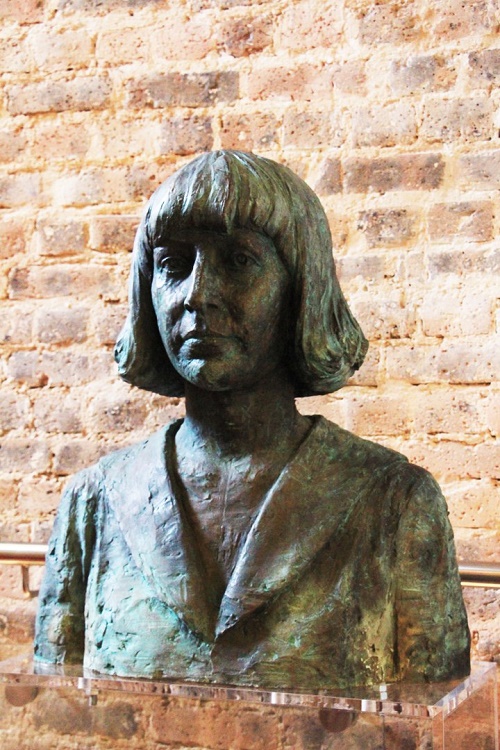 October 20, 2016 in the City of Hall of Vanves (Ile-de-France) was installed a bust of Marina Tsvetaeva (sculptor Andrey Tyrtyshnikov), which will later be moved to the City Hall garden. Marina lived in Vanves on rue Jean-Baptiste Potin, 65 from 1934 to 1938, wrote autobiographical prose, poems, and verses … 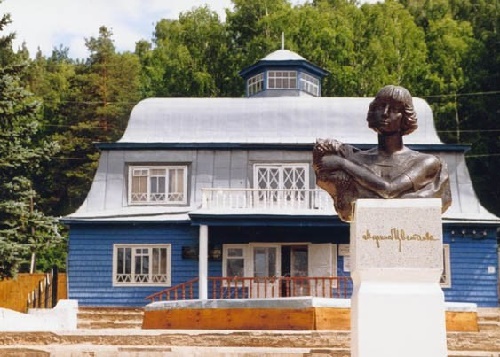 The work of sculptor Yuri Soldatov, bust established in 1992 in Bashkiria

The monument to Marina Tsvetaeva (the work of sculptor Yuri Soldatov) was established in 1992 in Bashkiria, near the town of Belibey, in the village of Usen-Ivanovsky. In the summer of 1911, 18-year-old Tsvetaeva spent two months together with Sergei Efron, who was treated there. 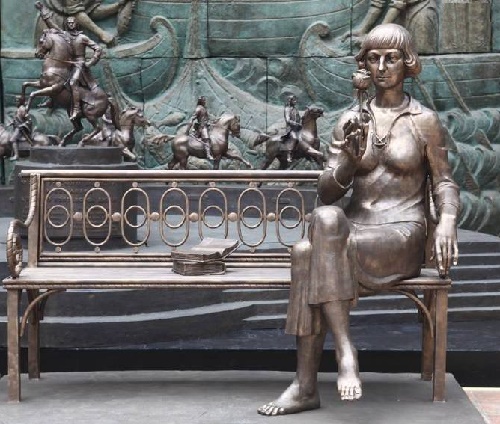 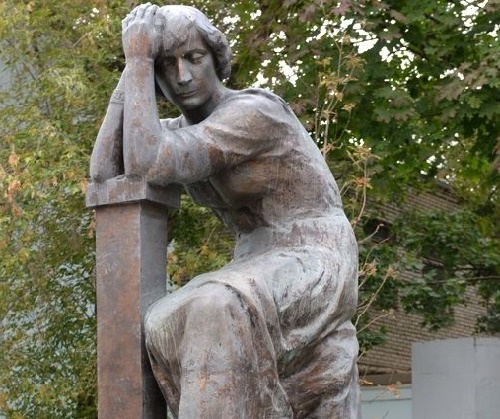 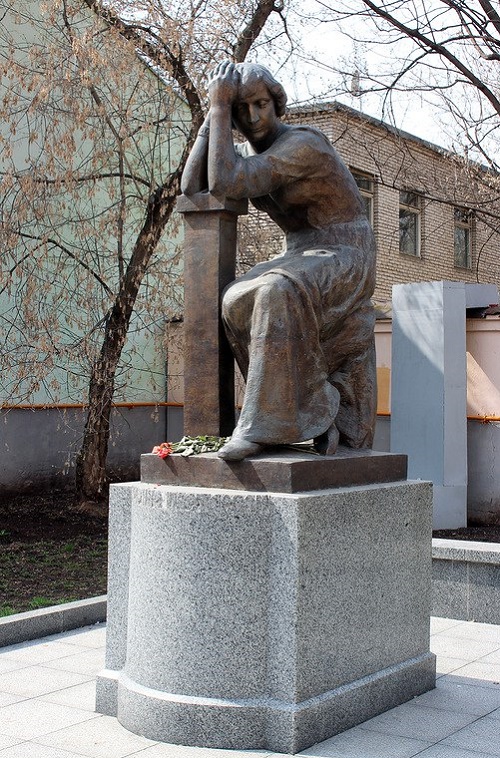 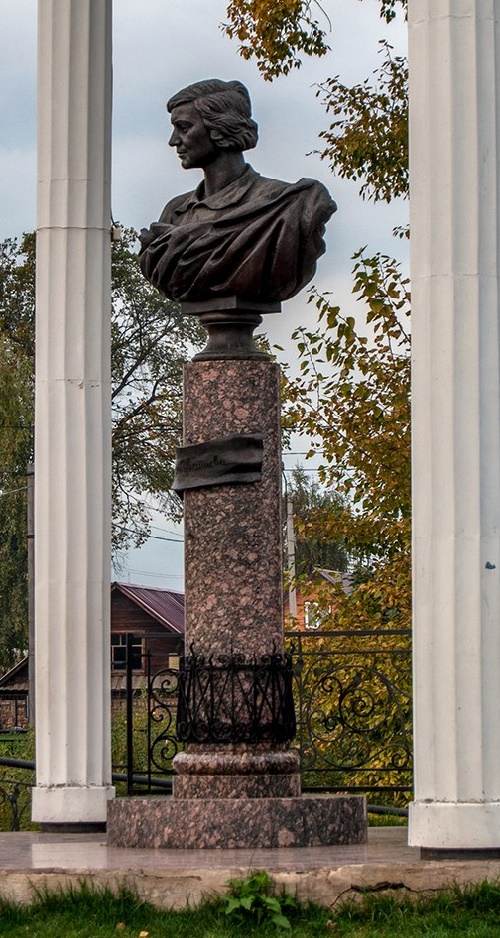 Bust of Marina Tsvetaeva in Elabuga 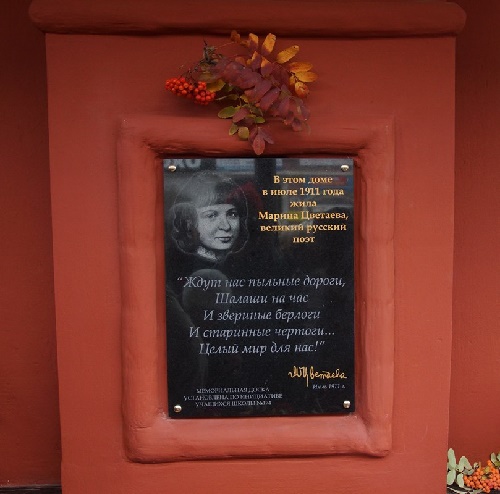 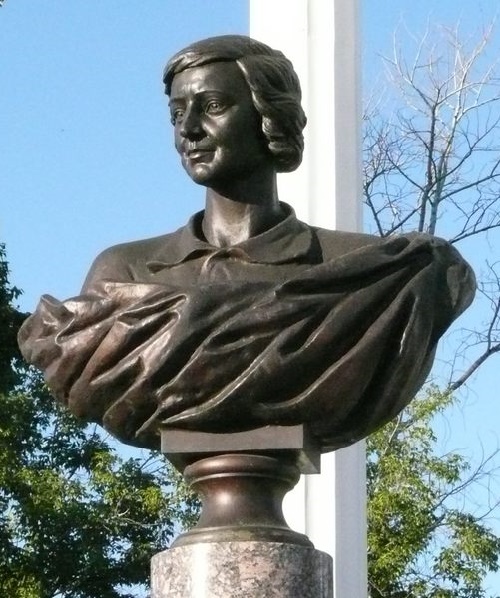 Monument of Marina Tsvetaeva in Elabuga 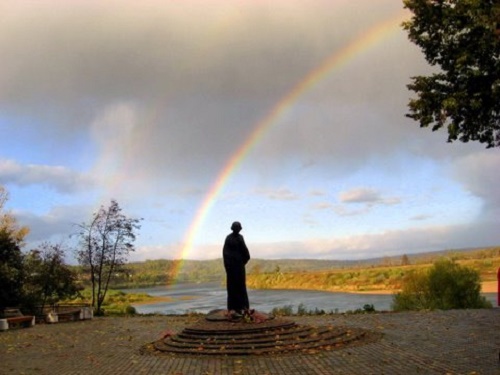 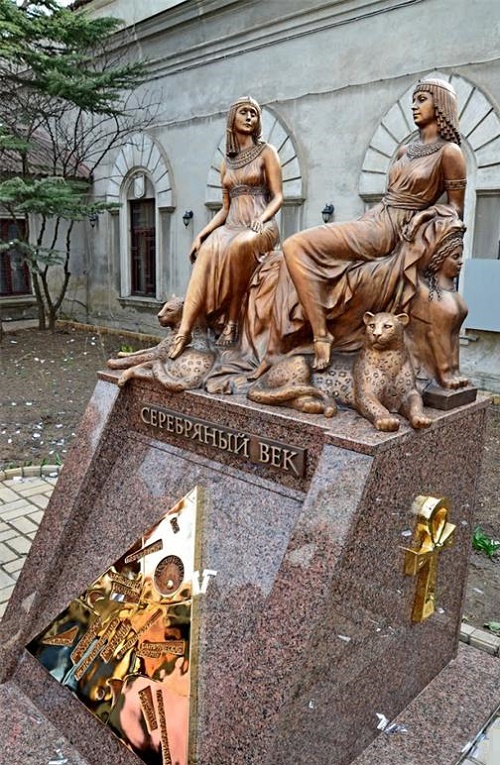 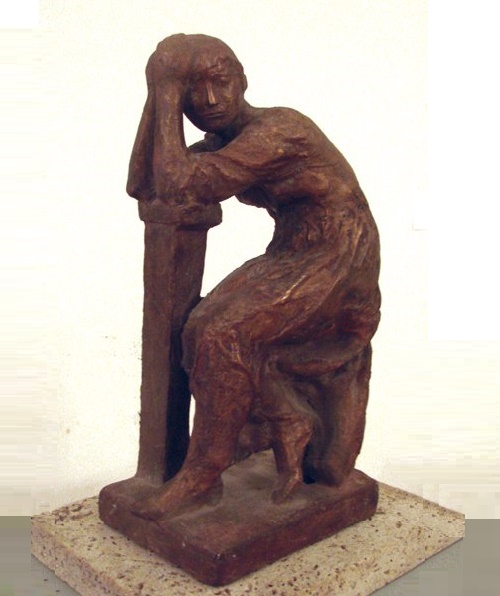 Sketch of the monument to Marina Tsvetaeva, 1993. The work of Nina Matveeva 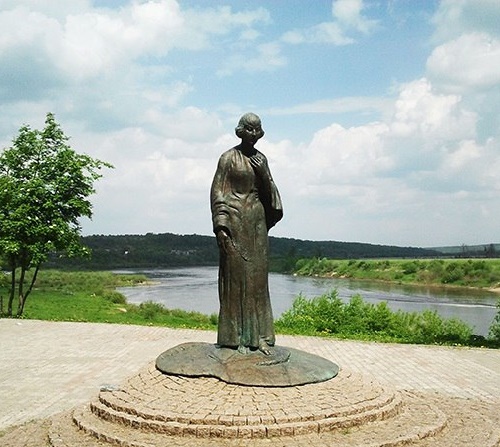 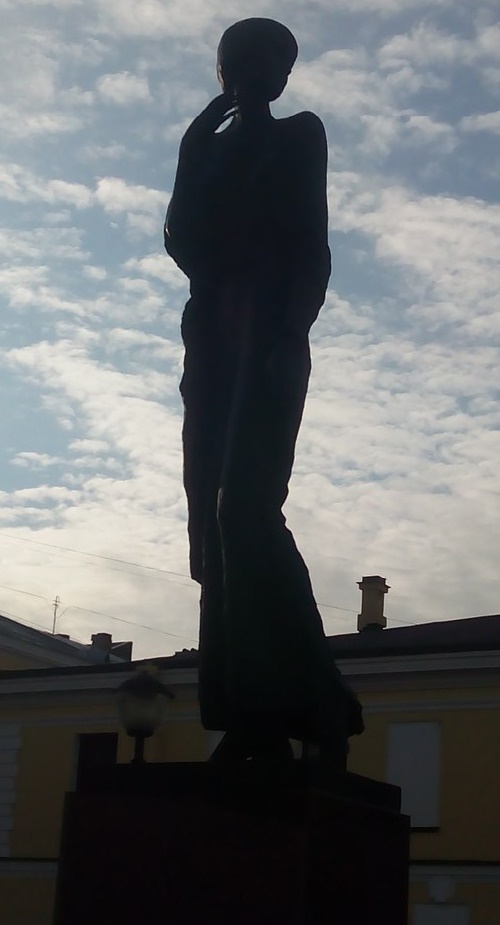