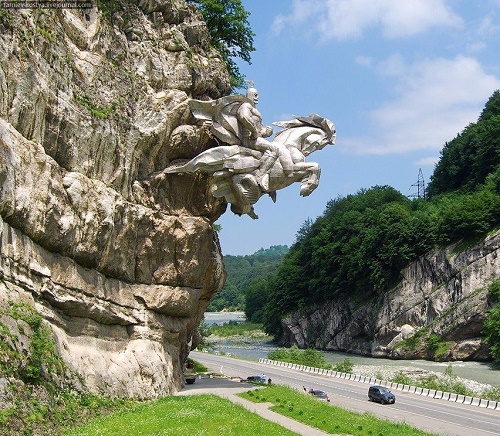 Uastyrdzhi unique rock monument that pops out of the rock, located in Vladikavkaz of North Ossetia. Ossetian Military Road lies in a wide valley among the mountains of wooded ridge. From one side – the rapid noisy cold water of mountain River Ardon, and on the other side overhanging cliffs, bordered by vegetation and going into the sky. The road turns slightly following the bends of the river and suddenly, at the next turn the traveler meets a huge statue of St. George, which pops up out of the rock. It’s author – sculptor Nikolay Khodov. Striking in its grandeur sculpture hangs over the travelers. Even one of his horse’s hoof is 120 cm, head of 6 meters, and the palm of George can fit a man. The locals call the monument to George Nykhas Wasgergi – the hero, the winner, and the patron of the valiant warriors. During the Christianization of Alanya his name became associated with the same Christian saint – St. George. In North Ossetia where most of the population preaches orthodoxy, this association has taken root. 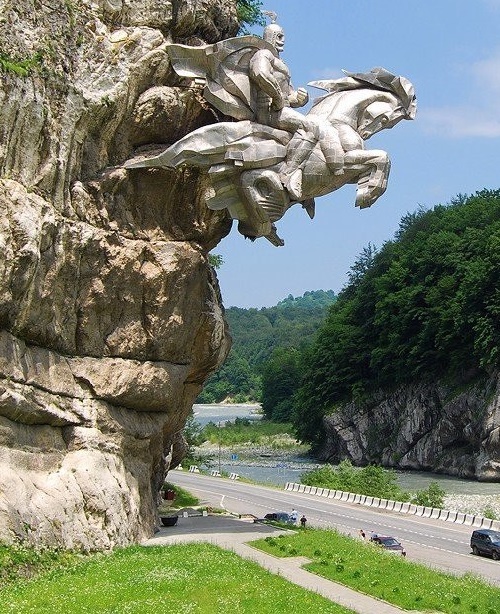 In the Nart epic Uastyrdzhi described as celestial and portrayed as a formidable warrior in a white cloak on a white three-legged horse. It is believed that Uastyrdzhi always carries a gun. Going down to the ground, he examines people to see if they help each other in need and distress. 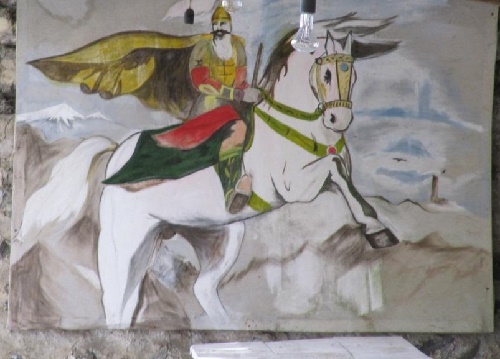 Uastyrdzhi is the mediator between God and men, among people appears as an old beggar. For women, his name is banned, they call it euphemistically Lagty Dzuar (Patron of men). Uastyrdzhi subject of numerous sanctuaries, located in South Ossetia. Every year, during the second half of November in South Ossetia is widely celebrated holiday, dedicated to Uastyrdzhi.

In addition, Uastyrdzhi considered an enemy of thieves, swindlers, murderers, perjurers, and patron of honest and kind people. 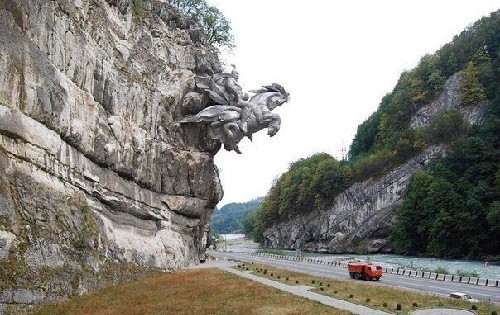