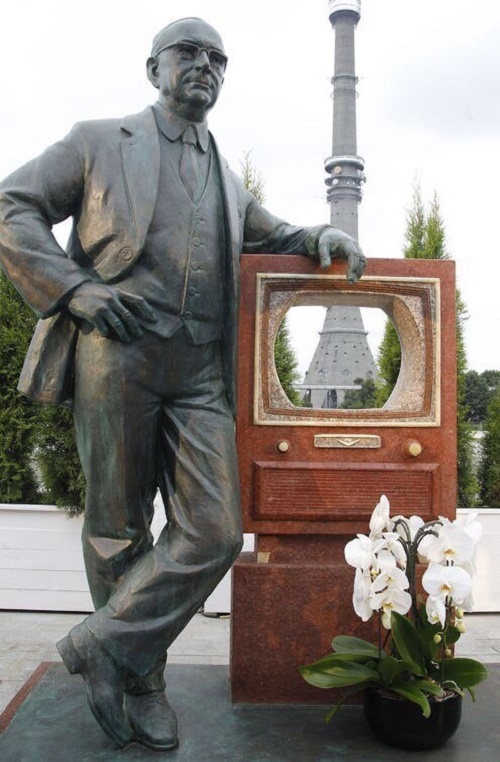 Inventor of television Vladimir Zworykin monument
The opening ceremony of the monument to the inventor of television, the Russian-American engineer Vladimir Zworykin (1919, Russia – 1982, USA) took place in Moscow on July 29, 2013, the day of the 125th anniversary of the inventor. The authors of the sculptural composition “Vladimir Zworykin – inventor of television” sculptor Sergei Goryaev, and architect Alexei Tikhonov. The monument appeared near the Ostankino pond next to the TV tower “Ostankino”. Two-meter bronze figure of Zworykin leaning against the made of marble TV. In addition, any visitor can feel like a TV presenter, for it is enough to stick head in the television and smile. No wonder, it has become a tradition to be photographed with a head in the TV set. 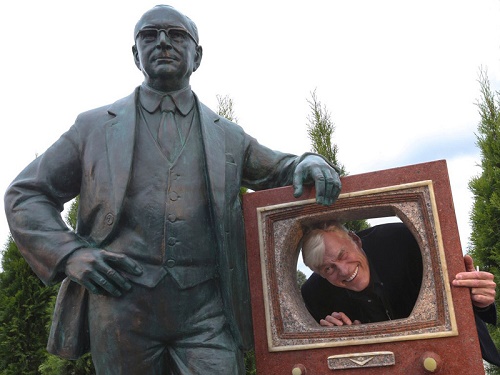 Russian actor Boris Shcherbakov posing next to the inventor

This monument is dedicated to the TV, and the man who made a great contribution to the development of television. “Gift to the American continent from an emigrant from Russia” – said of Vladimir K. Zworykin his colleague in the field of electronics. To Zworykin belongs invention of “XX century miracle” – electronic television. His innovative ideas have also been used in the development of electron microscopes, photo-multiplier tubes and electric-optical converters, and a variety of medical electronics.

And the place was not chosen by chance, because it is with Ostankino Tower we associate TV in Russia.
In addition to Moscow monument, there is also a monument to the great Russian inventor in the city of Murom of Vladimir region, where he was born: 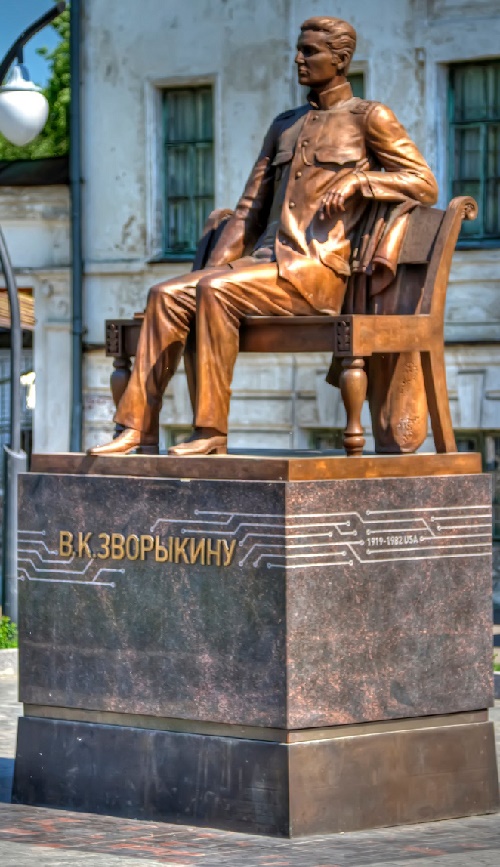 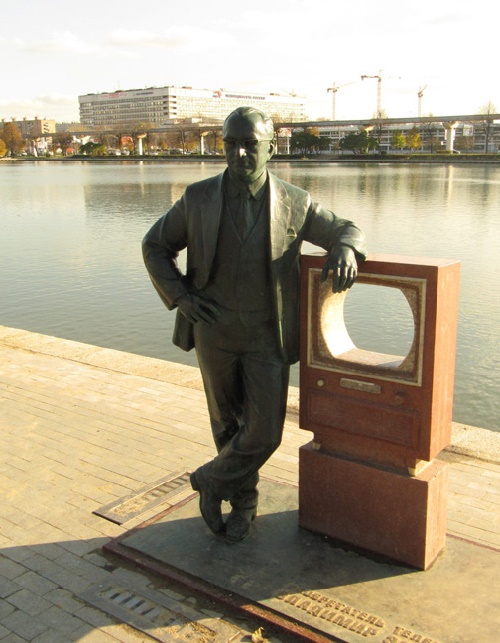 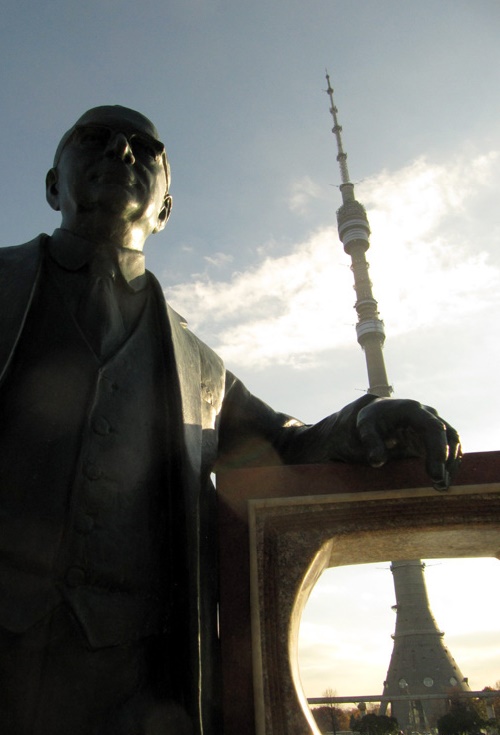 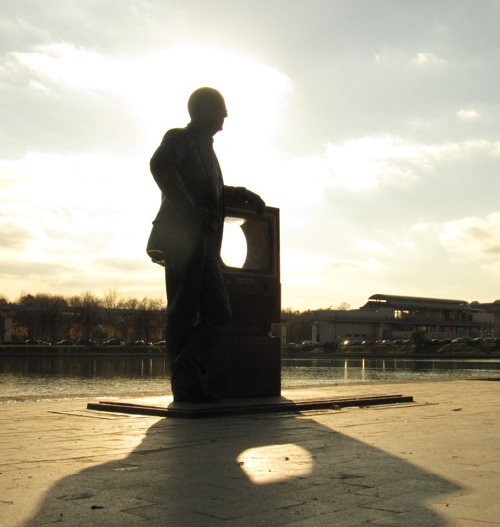 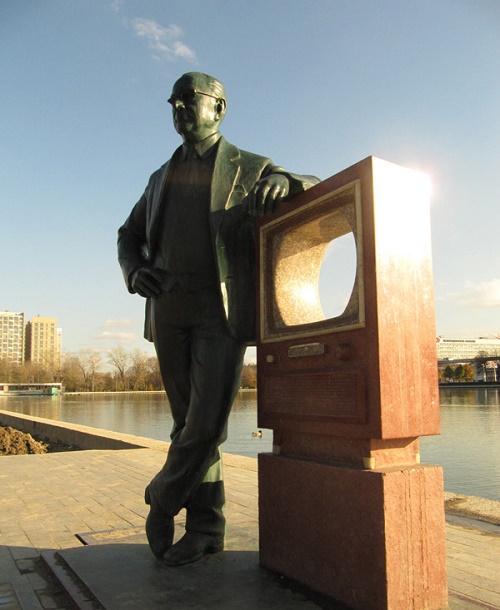 The inventor leans against his creation – TV set 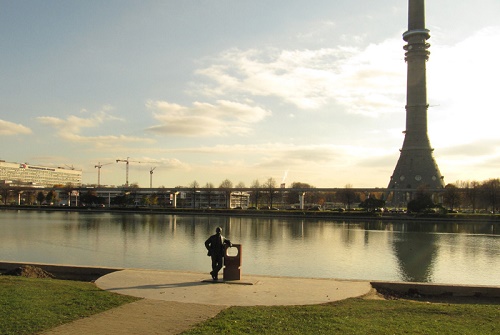 The view of monument near Ostankino pond and TV tower 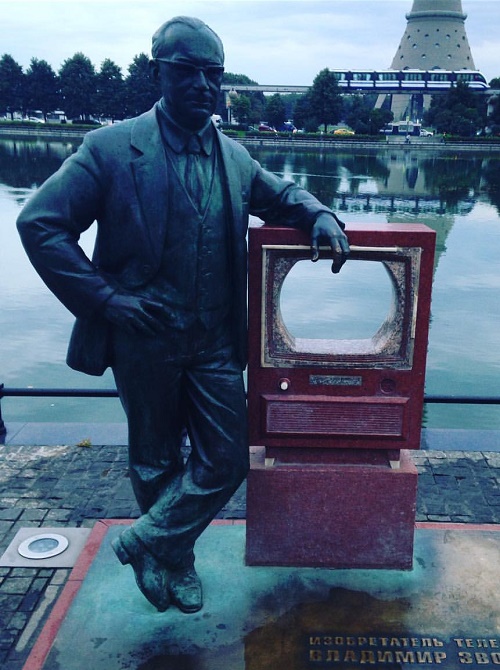