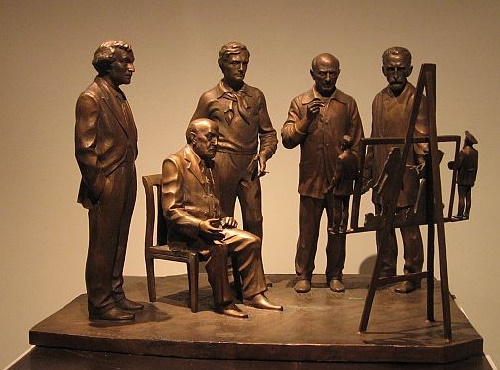 Favorite artists of sculptor Zurab Tsereteli embodied in a series of monuments to prominent artists of all time. According to Tsereteli, they are – Kazimir Malevich and Modigliani, Georgian naive painter Nikola Pirosmani and French post-impressionist painter Henri Rousseau, Van Gogh and Matisse, Picasso, Chagall and Dali. And Tsereteli himself creates guided by these masters. He tries to look at the world through their eyes, and through the prism of their creativity. The series of monuments “My favorite artists”, part of which decorates the entrance to the museum shop on Bolshaya Gruzinskaya street, and part on Petrovka, while some other sculptures exhibited in galleries and museums. The exhibition “My favorite artists”, did not come out of nowhere, its plan hatched by the author for the decade. Birth of these sculptures was the result of years of his searching in art, and the creative freedom that his “favorite artists” taught him. 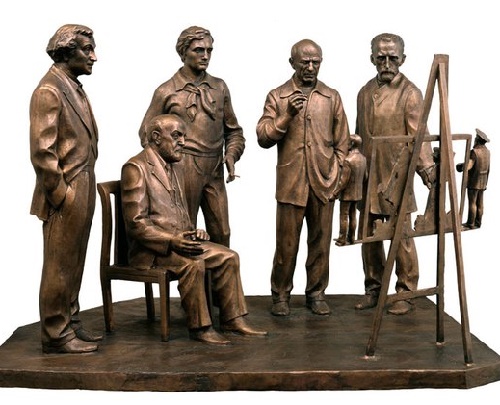 So, who are these favorite artists? Spanish Pablo Picasso – founder of European cubism, Amedeo Modigliani – Italian artist, expressionist, Marc Chagall – Russian-French modernist, stained glass artist, Henri Matisse – founder of Fauvism, Van Gogh – the largest representative of the European post-impressionism. The sculptor portrayed artists all together, placing them behind a single easel on which (probably for everyone his own) appear some images. Here is the “key” to understanding creativity of Zurab Tsereteli. Apparently the work of each of them in one way or another affects the occurrence of such bright and powerful in its expressive works. 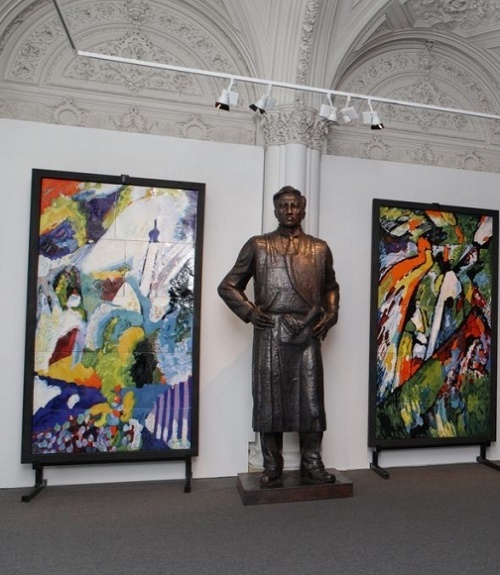 Exhibition in Russian Academy of Arts 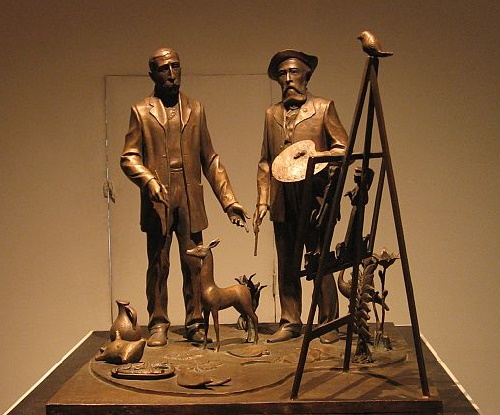 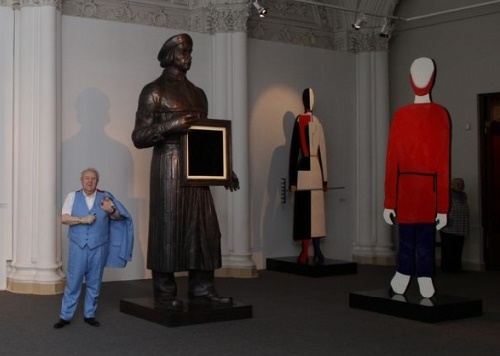 Great Master Zurab Tsereteli next to his creation – Kazimir Malevich 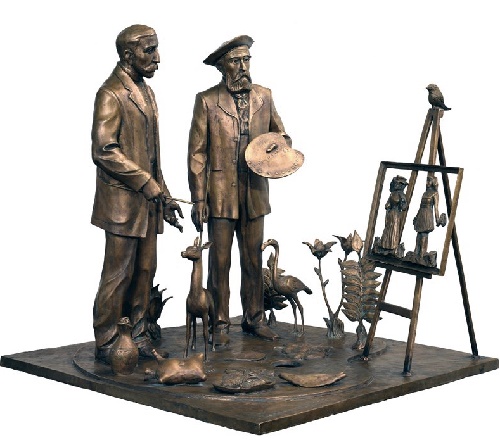 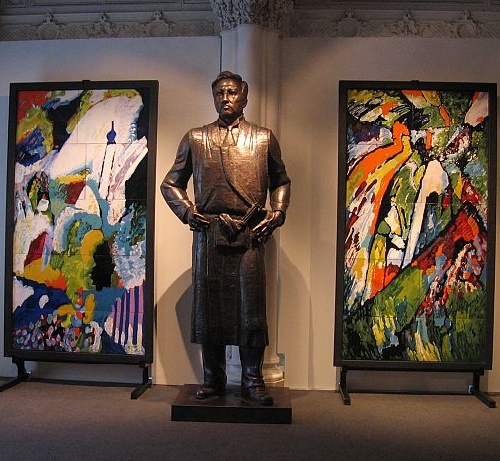