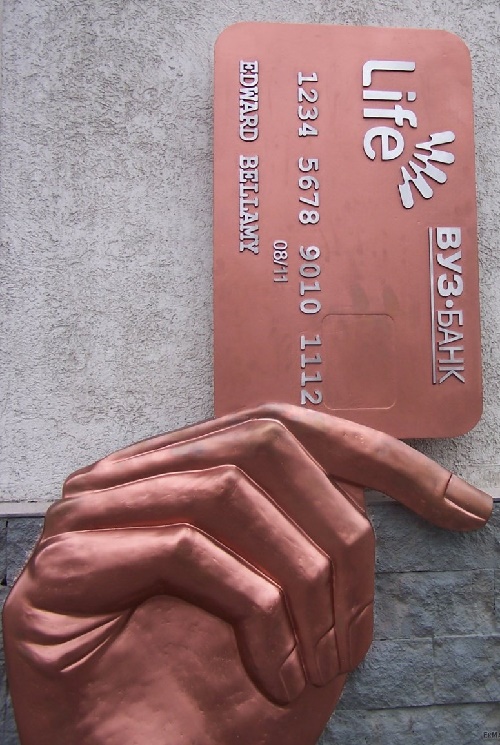 Edward Bellamy Bank Plastic Card monument was installed at the corner of Malyshev street and Bank lane, on 5 August 2011 in Yekaterinburg, Russia. The monument depicts bronze brass relief in the form of a hand holding a card. In addition, on the card is engraved the name of its owner. More than that, it is a real person. American writer Edward Bellamy (March 26, 1850 – May 22, 1898), the author of his utopian novel “Looking Backward: 2000–1887” (published 1888). Thus, the monument immortalized the name of the person who was able to predict the emergence of “credit” cards. In fact, in his novel they functioned like modern debit cards.
The initiator of the monument – university-Bank, which in 2011 celebrated its 20th anniversary. And it was Yekaterinburg sculptor Sergey Belyaev who embodied the idea. The dimensions of the monument – about two meters high and a meter wide. According to the sculptor, the work on the sculpture took about one and a half weeks. First, it was a sketch of a hand holding a plastic card. Then, he made it from clay, and then cast monument in bronze. 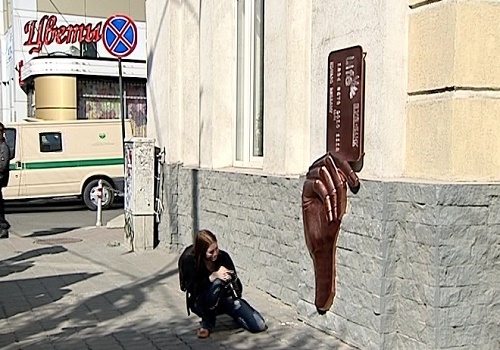 Now, in Yekaterinburg appeared a new tradition connecting with a bronze plastic card. They say, to rub the hand, or card brings a lot of money. And just after the opening ceremony, a crowd of people wanting to get income lined up next to it.

So, the main hero of the book, under the influence of hypnosis, fell asleep lethargy in Boston in the late XIX century, and woke up already in 2000. And, to his great surprise, found that all the production facilities in the United States are public property, and every citizen from 21 to 45 years old is obliged to work in the “industrial army”. And every worker receives a loan from the state (this is where the author first described debit cards and supermarkets) for everything necessary, including housing.

The book caused a wide resonance. As a result, in the US and other countries began political and social movement, aiming the implementation of described in the novel social system in practice. This political movement has existed for more than fifty years. For example, existed in the Netherlands Party of Bellamy lasted until 1947. The novel was republished many times, and in total had over one million copies. 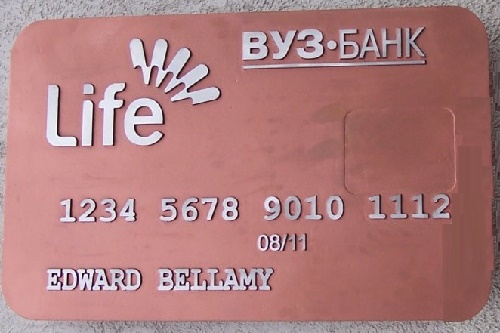