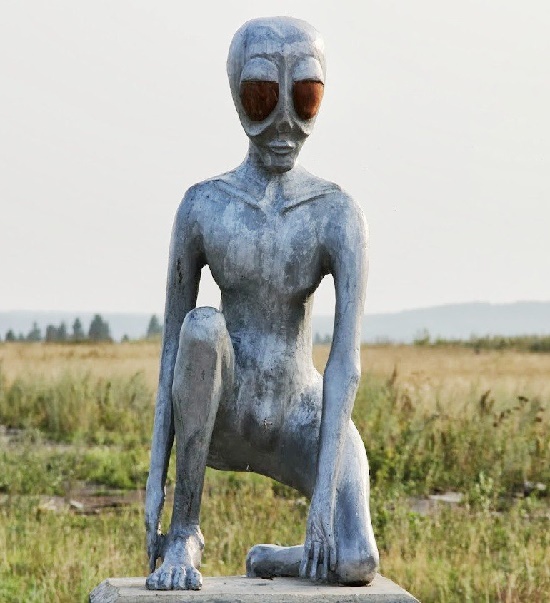 Alien Alyosha Monument in Perm anomalous zone
Located on the border of Permsky Krai and Sverdlovsk region, the village of Molebka became famous as an “alien cosmodrome”. Beyond the river is an anomalous zone with a cosmodrome and wonders. For those attracted to paranormal phenomena, Molebka is just the Mecca. Meanwhile, the place has many names: “Molebka’s Anomalous Zone”, “Perm Triangle”, “Molebsky Triangle”, “M-triangle triangle”, and simply “Zone M”. In fact, the village of Molebka became widely known in Russia and the world as a place of anomalous phenomena in the late 1980s.
The discoverer of the anomalous zone is geologist Emil Bachurin. In 1983, during the winter hunt, he saw a luminous sphere above the forest, and when he came to the place, he noticed in the snowdrifts perfect round spots, diameter of 63 m. He suggested that this is a track of an alien ship, because the locals often see UFOs, flashes similar to lightning here. In short, for the locals it is no more a sensation to see flying and moving in space objects. And this, of course, attracts tourists, their flow does not stop.

Monument to Alien Alyosha in the village of Molebka of Perm region, Russia

That’s why the locals erected a monument to an alien, whom they affectionately call Aleshenka. Noteworthy, there is already an alien known to the locals as Alyoshenka, and to the world as Kyshtymsky dwarf. However, Kyshtym dwarf Alyoshenka is another alien found in 1996 in Chelyabinsk region. Unlike Perm Alyoshenka, there isn’t any monument dedicated to the Kyshtym dwarf.

The only monument in the country to an alien installed on the territory of the famous anomalous triangle in Molebka, Perm region. The wooden figure of the newcomer, height of 180 centimeters, adorns the entrance to Molebka. The authorities of the region hope that soon there will be a museum of unidentified flying objects and an observatory in the form of a flying saucer.

Meanwhile, the “Molebsky Triangle” has been stirring the minds of many people: here they met a “snowman”, UFOs fly, as well as luminous spheres and other bodies (“plasmoids”), demonstrating the rationality of behavior. Studies conducted by numerous amateur and professional expeditions showed the presence of a strong biomarker anomaly in the zone. 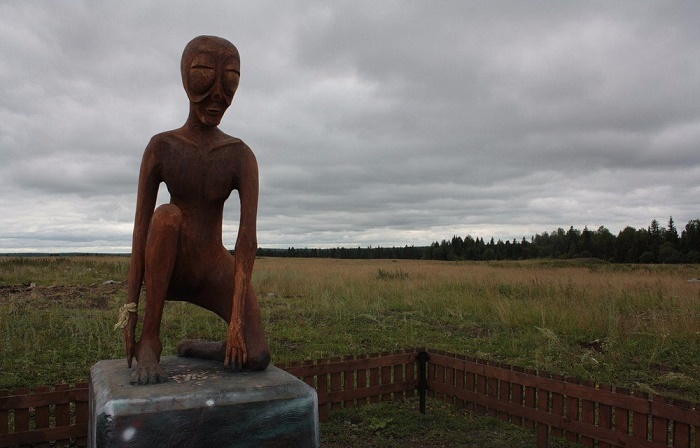 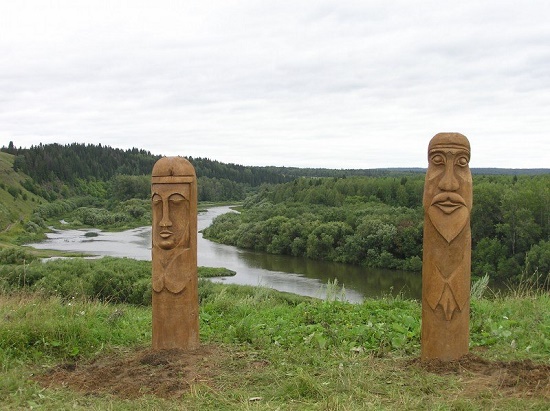 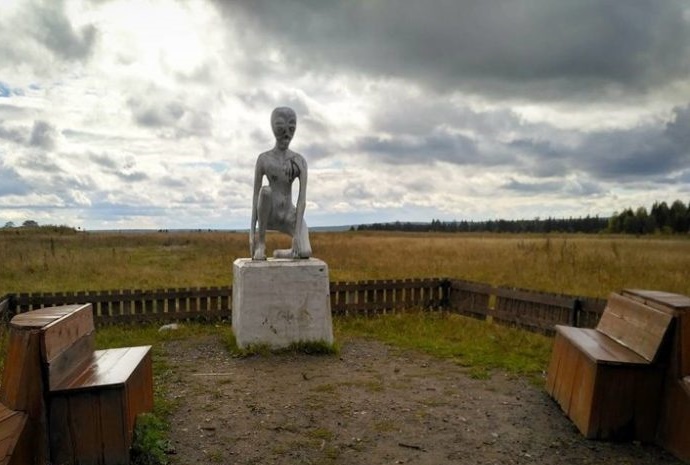 Picturesque view of the monument at the sunset 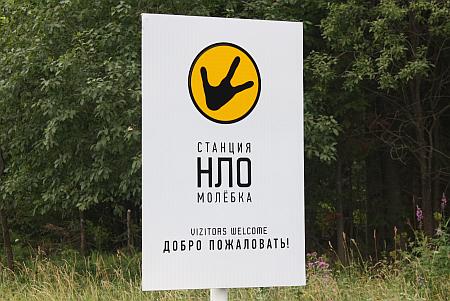 Wooden sculpture of an alien in the village of Molebka 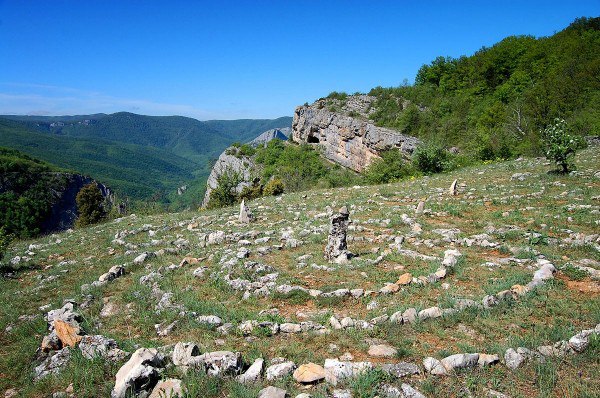