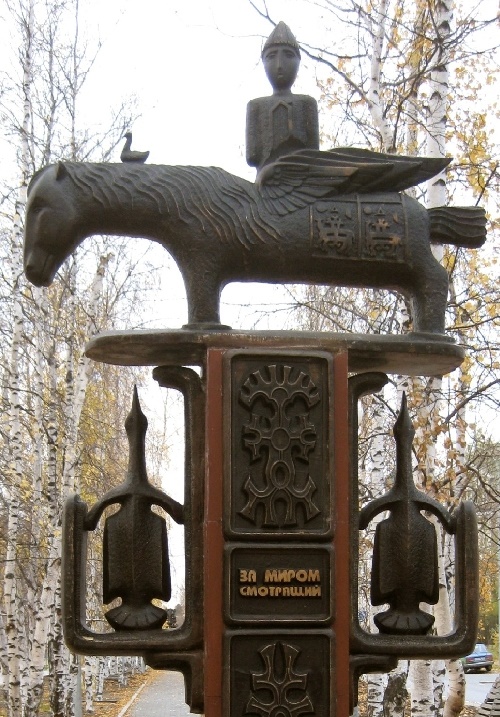 Ob-Ugriс Gods and spirits sculptural alley represents mythology of the space division of the world. Located in Khanty-Mansiysk, the group of 7 monumental and decorative sculptures called “Gods and spirits” displays the rich mythology of the Ob-Ugric peoples. Each sculpture height – 3.8 m and width – 1.2 m resembles a tree that grows from the ground, as if symbolizing the universal tree that connects the past, present and future. The top resembles a crown of holy tree, which shows the different characters of the gods and spirits with their environment. Besides, ornaments, located on the pole, relate directly to the images of the composition, and contain ornaments, symbols and mysterious codes that make up the meaning and essence of each of the compositions. 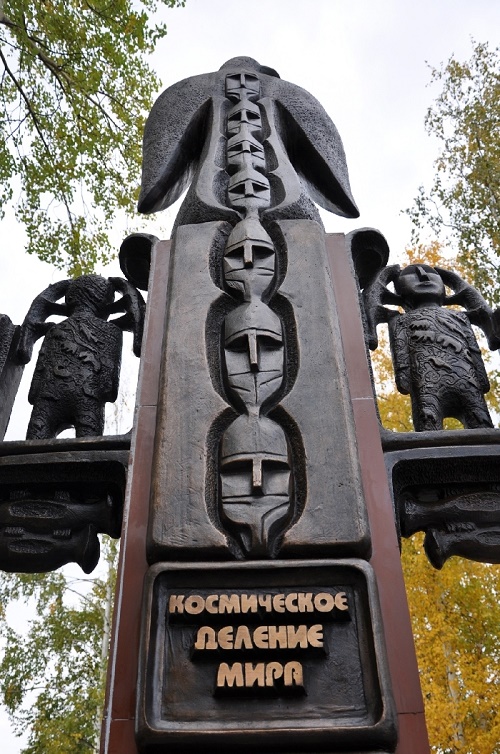 Accordingly, all the sculptures lined up along the central axis of the alley, have a certain order:
1. “Space division of the world”;
2. “Occurrence (the creation of the earth)”;
3. “Heavenly Goddess – Mother Kaltashch”;
4. “Susne-hum”; God watching over people
5. “The spirit of the forest”;
6. “Water Spirit”;
7. “Crow’s holiday.”

The sculptural composition on the central alley of one of the central streets of the Khanty-Mansiysk, formally incorporated into the surrounding urban environment. Author of sculptures installed in 2010 – sculptor Volodya Sargsyan, co-author G.M. Vizel. All bronze sculptures were cast in the Moscow region by art-production company “Lit Art”.

Sculptor Volodya Sargsyan is also the author of a beautiful sculptural grille “Gods and spirits”. It is almost three-meter double-sided composition in the hall of the hotel “Ugra Valley”. The grille also represents myths and legends of the Ob-Ugric peoples. The composition organically fits the interior and is the hallmark of the famous hotel in Khanty-Mansiysk. 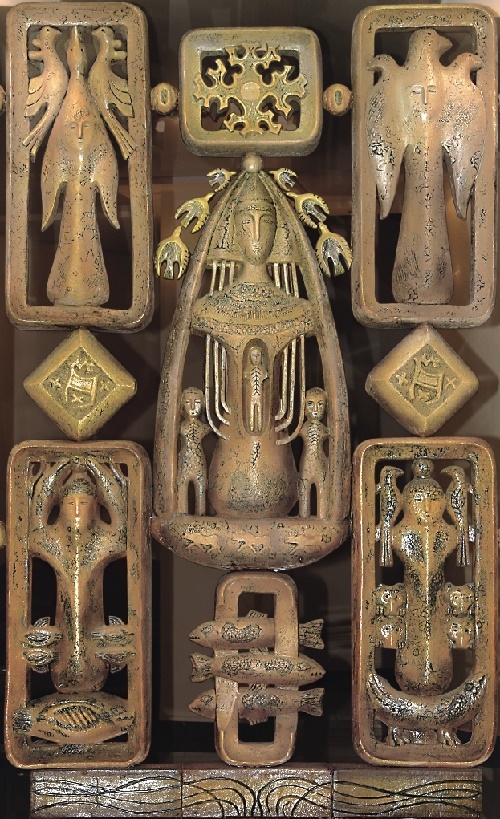 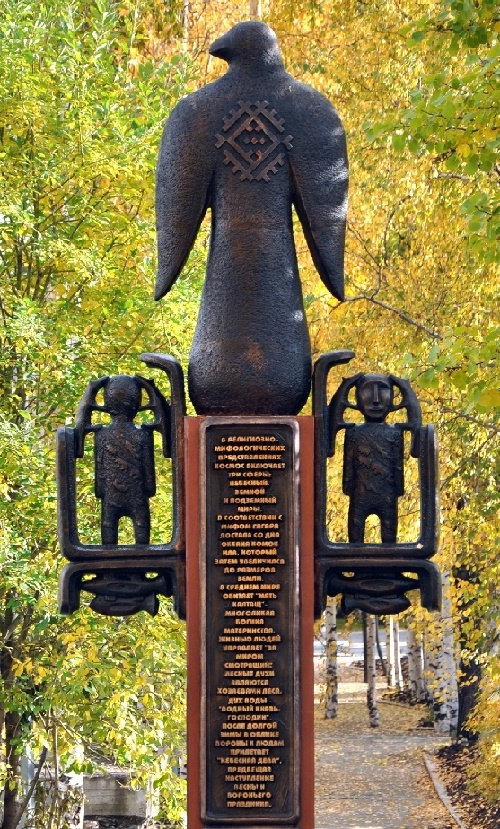 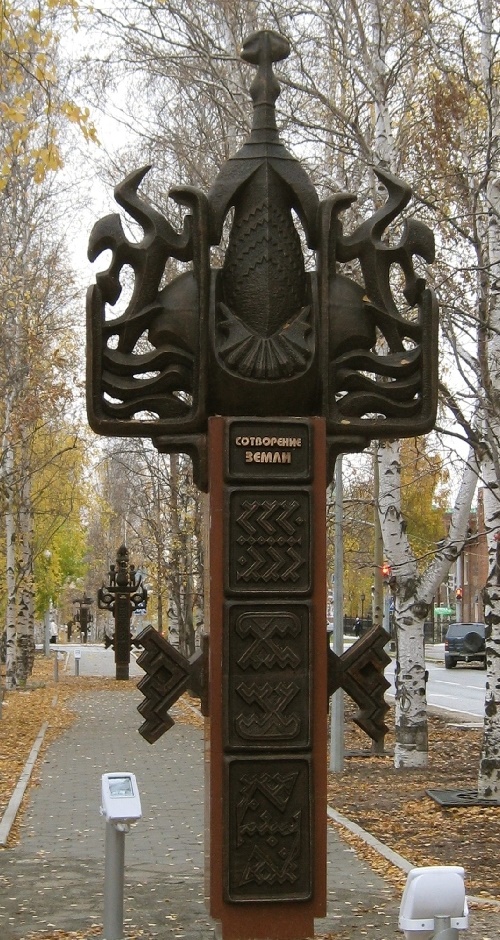 Occurrence (the creation of the earth) 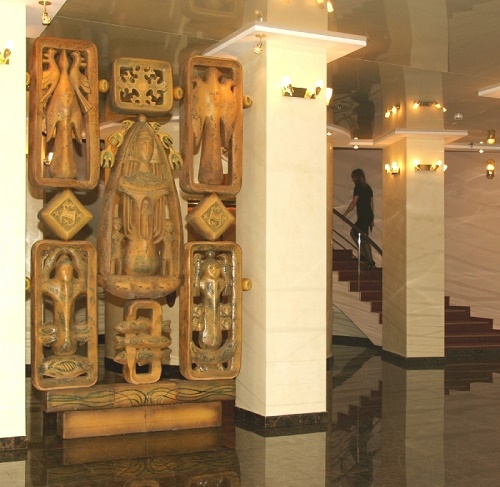 Sculptural grille ‘Gods and spirits’ in the hotel 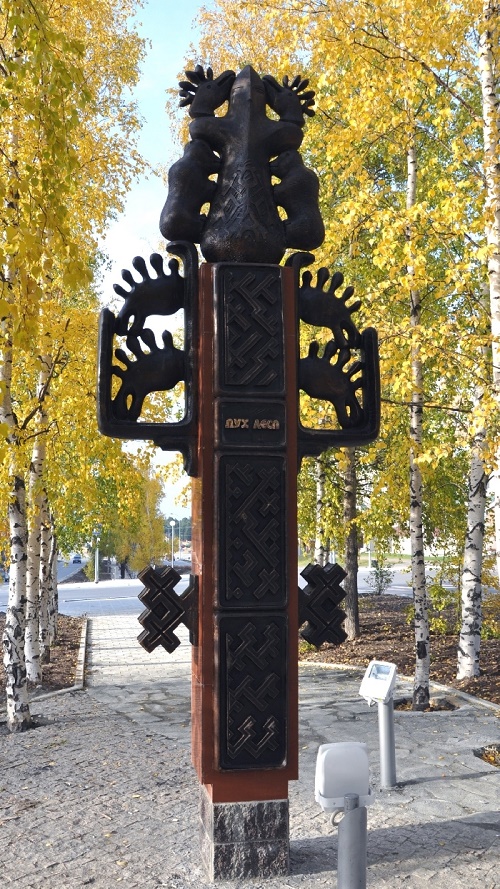 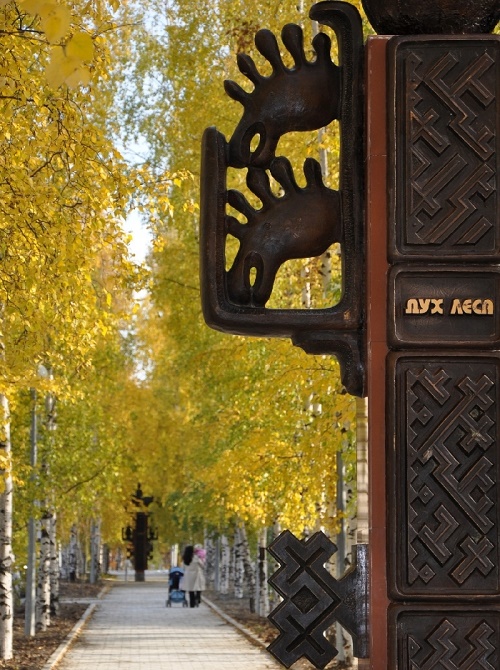 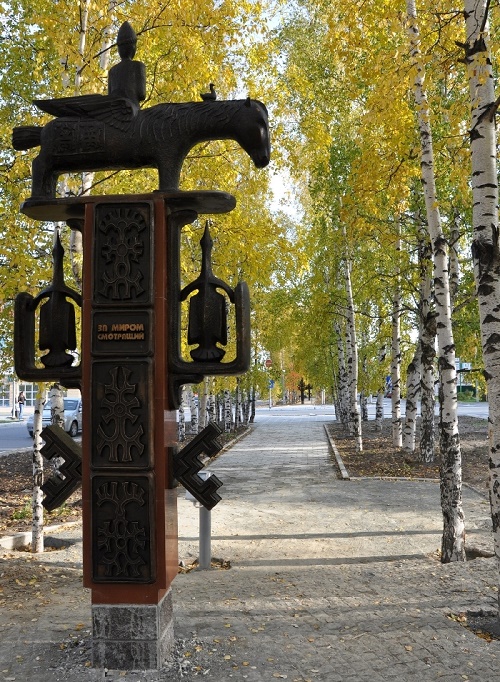