In the small cozy town of Shklov in the Mogilev region, fairs dedicated to the harvest are held. The main “character” at these fairs is the cucumber. Local places have long been famous for the cultivation of this vegetable. They say that even tomatoes in Shklov smell like cucumbers. It was not for nothing that the local cucumbers were supplied to the table of Empress Catherine II herself, Semyon Zorich personally took them to St. Petersburg in barrels. At the fair, the winners are awarded in the nomination “borage-record holder”, the villagers offer to try their preparations, tell the secrets of the recipes. 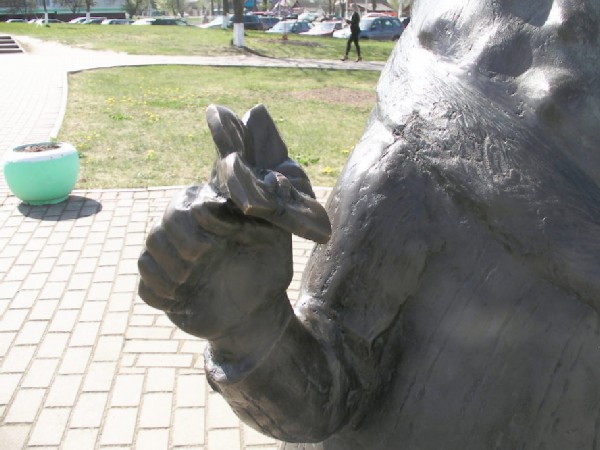 On July 28, 2007, the “main character” himself – a bronze cucumber – appeared next to the House of Culture.

Its author is the Mogilev sculptor Andrei Vorobyov. He turned out to be a cheerful little man in a jacket, bow tie, on his head – a hat made of a leaf, in one hand – a basket of cucumbers, in the other – a flower.

Despite the popularity of his creation (a rare passer-by refuses to take a selfie with a cucumber), Vorobyov himself does not include it in the catalog of his works. He said: “When the then head of the Shklov regional executive committee called me and asked me to make a monument to a cucumber, at first I thought: what kind of nonsense? And then I began to think about this idea. And a whole story was born. I imagined that there is such a Ogurodets – a cucumber-man. In a previous life, he was an artist of the Shklov provincial theater, so he turned out to be eccentric and aristocratic. He has cucumbers in his basket, he walks around the city at night and throws them into the gardens … 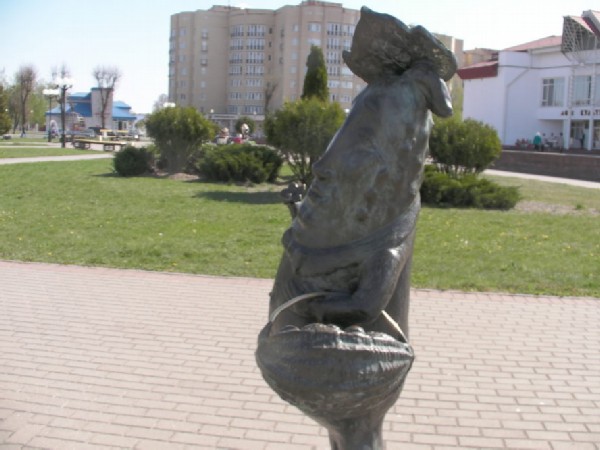