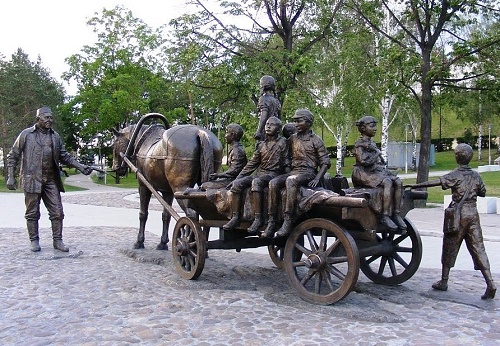 Asgat Galimzyanovich Galimzyanov (2 March 1936 – January 3, 2016) – the famous Soviet, Russian and Tatarstan philanthropist. Working as a carter at the Kazan collective farm market, he raised cattle in his shed and for earned money bought more than 80 buses and cars for orphanages of the Soviet Union and Russia. He became the prototype of the monument to the philanthropist in the center of Kazan.
Asgat Galimzyanov began his charitable activities with the help of the children’s home № 1 in Kazan. He brought there an entire cart of apples, pears and oranges. By the way, not all families could afford fruit at that time. Later he also bought fruit and warm clothes for kids. In addition, he donated a car Niva, and PAZ automobile. Besides, he spent much time with children, giving them a ride in a cart. 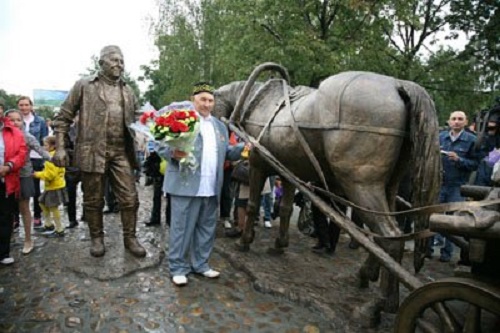 Asgat Galimzyanov transferred money to almost all the children’s homes of Tatarstan, Chuvashia and Bashkortostan, and several nursing homes. He also donated big sums to victims of the Chernobyl accident, an earthquake devastated Armenia, and families of those killed in a submarine “Kursk”. 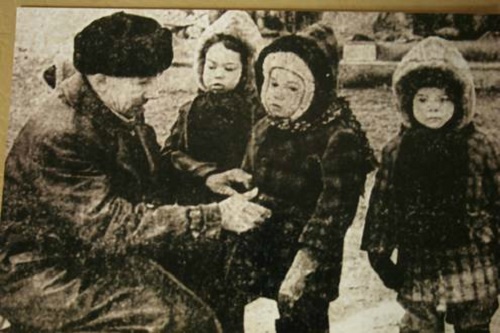 In 2010 Asgat Galimzyanov gave his new apartment in the center of Kazan, to a large refugee family of seven – migrants from Kazakhstan. And he himself returned to live in a wooden house without modern conveniences at the outskirts of Kazan.
He considered himself a happy man, because “he fulfilled his mission – to help people.” 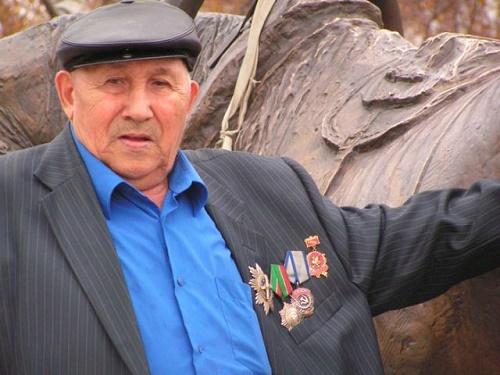